The compact layout will occupy a space of 79 feet by 162 feet and will have a height requirement of 36 inches. With more than 1,100 feet of combined track that will cross over itself a total of 12 times, the layout could theoretically be slightly different than the Six Flags Fiesta Texas’ racing coasters, which noted 11 crossovers at the time of its announcement. Neither of Six Flags Over Georgia’s or Six Flags Fiesta Texas’ coasters have been given a name, theme, or opening date as of this writing.

The new-for-2023 coaster will be the first racing coaster in Georgia, and depending on its opening date, could become the first pair of single-rail racing coasters in the world. (No pressure, Six Flags Fiesta Texas!) 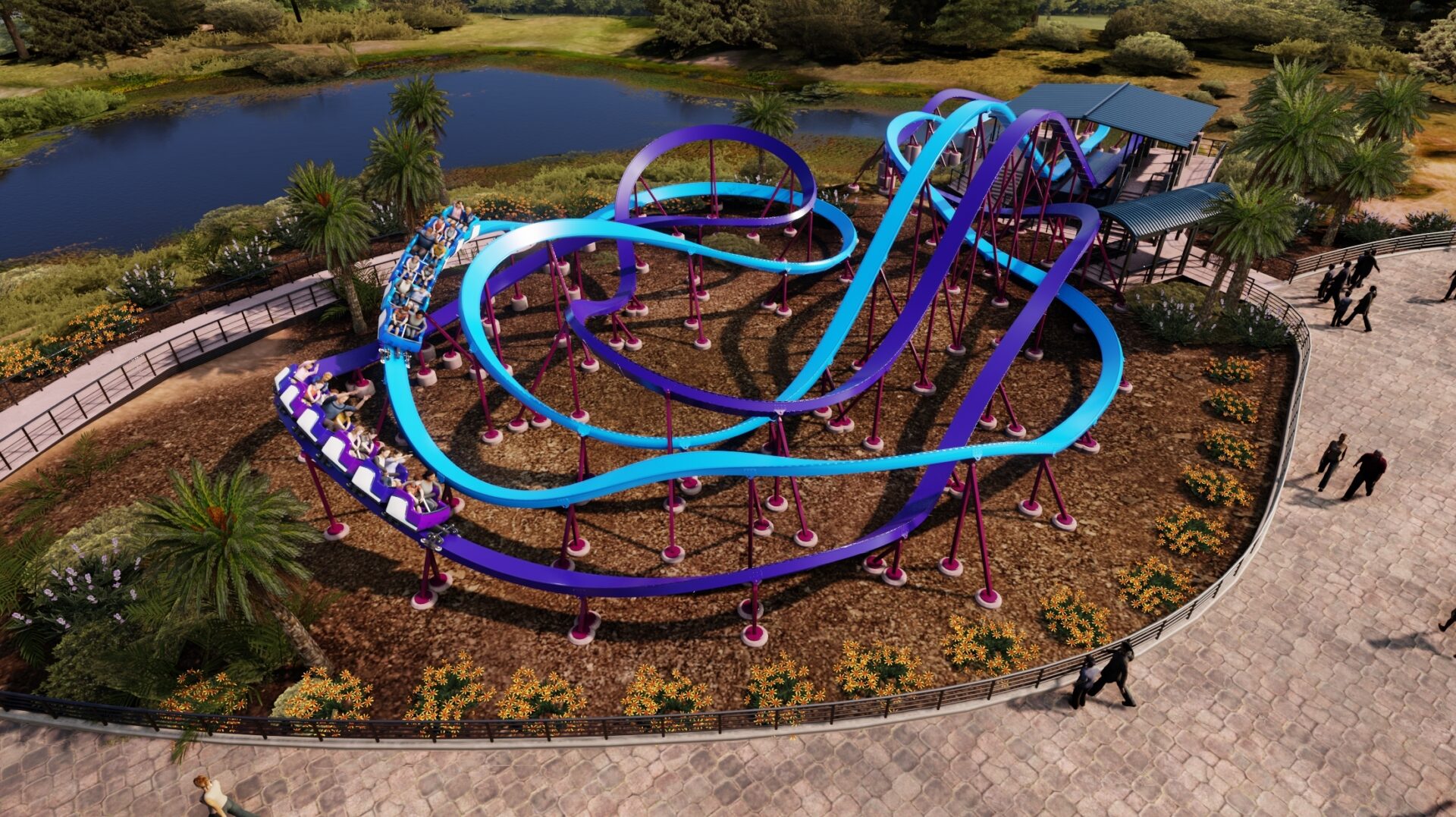 Not to be outdone by its Texas’ counterpart, the Six Flags Over Georgia coasters will also feature Skyline Attractions’ proprietary “Aurora” lighting package with more 3 million LED lights that sit on the P’Sghetti Bowl track itself, giving endless theming possibilities for the new attraction.

More information will be added to this post when it becomes available!