In a Tuesday announcement on social media, Universal Orlando Resort announced that several long-time attractions at the park would close to make way for a project that is “bringing exciting new family entertainment to Universal Studios Florida that will immerse guests in the adventures of beloved animated characters.”

To make way for these new additions, Universal Orlando announced the impending closure of Fievel’s Playland, Woody Woodpecker’s Nuthouse Coaster, Curious George Goes to Town, DreamWorks Destination, and Shrek & Donkey’s Meet & Greet. The final day of operation for all of these attractions will be January 15, 2023. 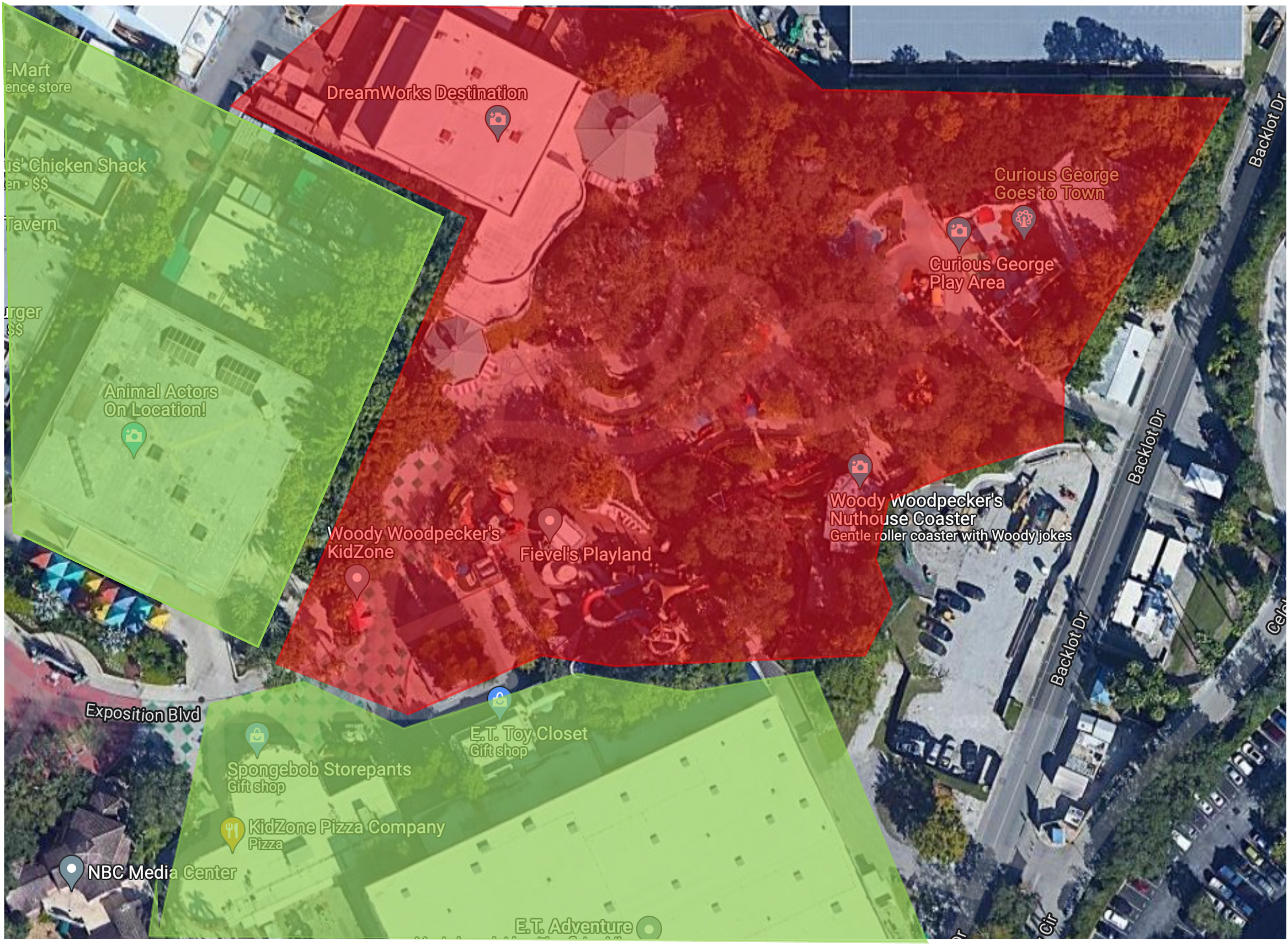 Nearby attractions including the E.T. Adventure and Animal Actors on Location!, along with SpongeBob StorePants and the KidZone Pizza Company will remain open. Based on the map above, the green areas are “safe,” and the red area contains the attractions that are closing.

Fievel’s Playland originally opened in 1992, two years after Universal Studios Florida originally opened. The children’s play area, themed to the 1986 film An American Tail, features a number of oversized play elements, including a giant “spider web” and a water slide. Curious George Goes to Town is a water play area that debuted in 1998, and features one of Universal’s most hidden gems, “The Ball Factory.”

Universal added Woody Woodpecker’s Nuthouse Coaster, an “off-the-shelf” family coaster from Vekoma, to the area in March of 1999. Dreamworks Destination is technically the “newest” attraction in the area, opening in 2021, but its roots date back to A Day in the Park with Barney, which opened in KidZone in 1995. Shrek & Donkey joined the Dreamworks Destination, relocating in 2022 following the closure of Shrek 4D in January. 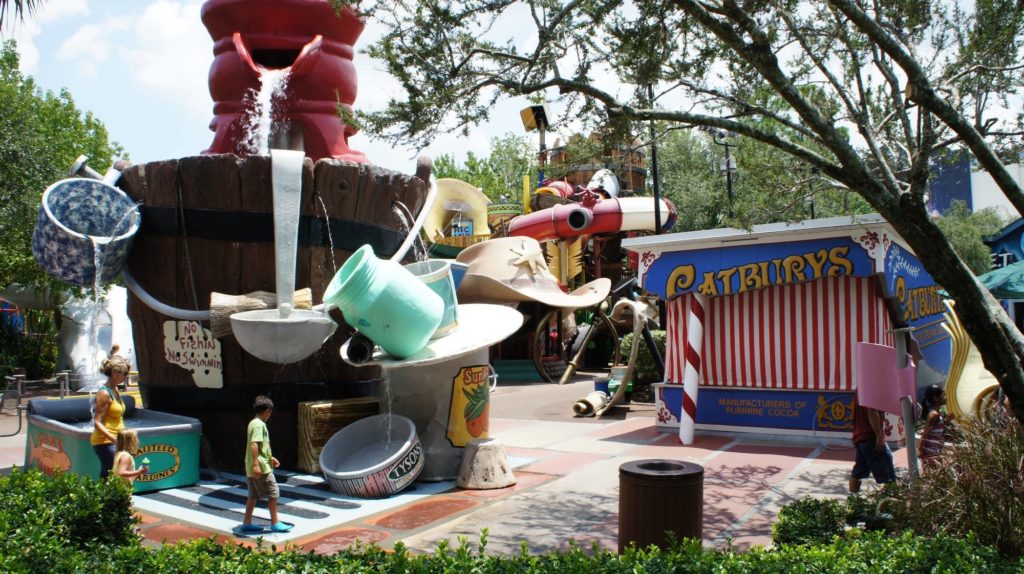 “What’s coming next to KidZone” has been a constant rumor in theme park circles for years at this point. At one point, pre-Epic Universe, there was a thought that a version of Super Nintendo World would be going into the space. What we don’t know is what exactly is coming to the space, be it a new attraction or re-theme of the current attractions in the area.

Universal’s vast portfolio of animated properties means that the immersion of guests into the adventures of “beloved animated characters” could head in any number of directions.

As with the case with most things Universal Orlando rumors, we suggest reading Alicia Stella’s work over at Orlando Park Stop. In her recent article, she notes the rumors and speculation for a number of possibilities, including a clone of the recently opened Secret Life of Pets dark ride at Universal Studios Hollywood. There are also mentions of former rumors of Pokemon taking over the space, as well as Illumination and DreamWorks properties including Trolls.

We’re just speculating at this point, but it could be an opportunity for Universal Orlando to re-create the Kung Fu Panda Land of Awesomeness at Universal Studios Beijing. The land features four attractions – Kung Fu Panda: Journey of the Dragon Warrior, Po’s Kung Fu Training Camp, Carousel of Kung Fu Heroes, and Lanterns of Legendary Legends. Looking at the map, the former Barney/DreamWorks Destination theater takes up a significant amount of space that could potentially house a new dark ride, and the current Fievel’s Playland and Curious George areas could be re-themed to Po’s Kung Fu training camp, and a re-theme of Woody Woodpecker’s Nuthouse Coaster to something more Kung Fu Panda-themed. Just wishful thinking and amateur blue skying on our end!

The good news, is the plan is for this new project to supposedly open in 2024, so we’ll know sooner rather than later!