“How was it?” my wife asked my eight-year-old son Henry upon our return from a father-son day at Kings Island. Without pausing to think about it, he seriously answers, “Unfortunately, there were no kings.” I cracked up. It was the perfect cap to a hilarious day at the park.

Question of the day: will 8 year old Henry be brave and ride the big wood coasters @KingsIslandPR for the first time? Follow along to find out. pic.twitter.com/w18xxodt8k

I wanted to get at least one more use out of my Cedar Fair Platinum Pass before the end of the season, last using it at Canada’s Wonderland in the beginning of August. Since Henry had shocked me by being brave enough to ride Wolverine Wildcat and Shivering Timbers at Michigan’s Adventure earlier this summer, I thought this might be the perfect opportunity to get him on some of the “big” coasters at Kings Island now that he’s hit the 48 inch height mark. We took advantage of the Bring-a-Friend tickets and perfect Ohio October weather to check out the Tricks and Treats Fall Fest.

Me: “You’re not even dressed yet.”

This would be Henry’s first visit to Kings Island since 2018 when he first rode Woodstock Express and the Great Pumpkin Coaster (and just my second visit to the park this season following a short visit in July).

Me: “Henry, do you remember the last time you were here?”

Henry: “Hold on, let me put my memory card in.” 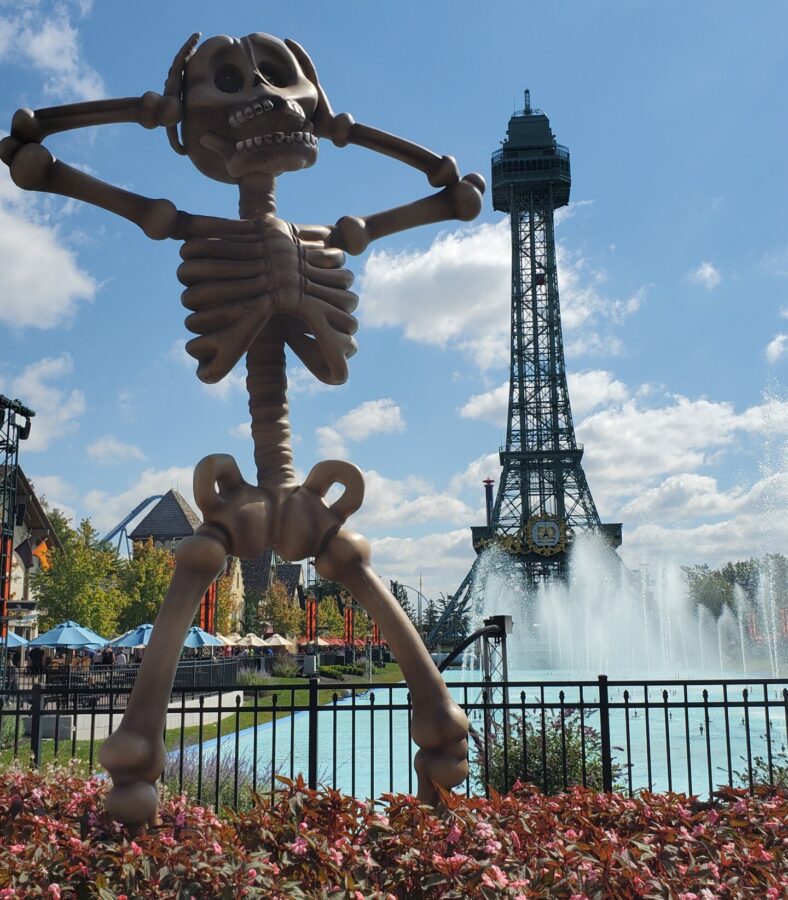 Right off the bat, I could tell it was going to be a much different experience compared to going to a park with the Coaster101 crew. I don’t think I was mentally prepared to answer the thousand questions that were asked of me, as they ranged from deep and thought provoking to non-sensical:

“Dad, why are roller coasters?”

“Dad, if a roller coaster had wings, would it fly?”

“Dad, what if they replaced the water in Diamondback’s splashdown with ice cubes???”

“Dad, did you know that thousands of years ago, in the 1920s, they used to invent things?!”

I had been talking up how much I love Mystic Timbers so we wound up going there first and with no queue walked straight onto the ride. Afterwards, he gave it two thumbs-up and wouldn’t stop raving about it. We rode it a second time later that afternoon. I don’t know how many times I’ve heard him say “Don’t go in the shed!” since then. 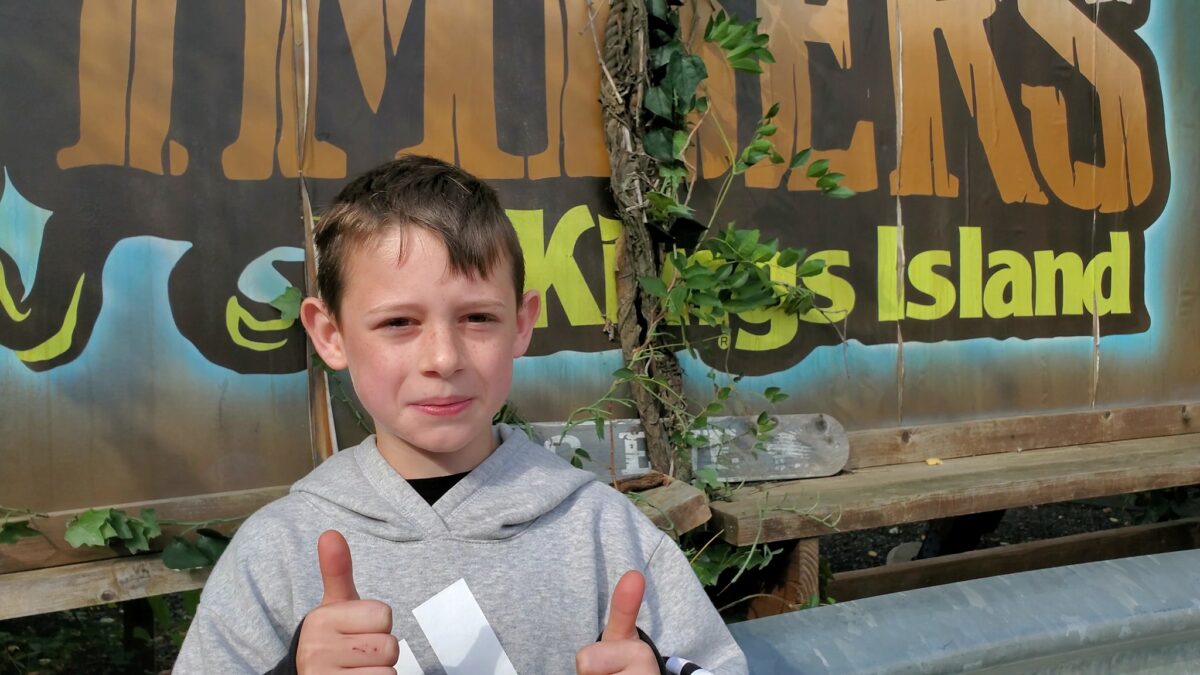 Next we made the mistake of getting in the Boo Blasters queue. We were towards the front of the line but what should have only been about a fifteen minute wait turned into an hour long experience including an extended time on the ride. I couldn’t tell if all the stoppage was from mechanical breakdowns or a large number of guests needing extra time to get on and off the ride. 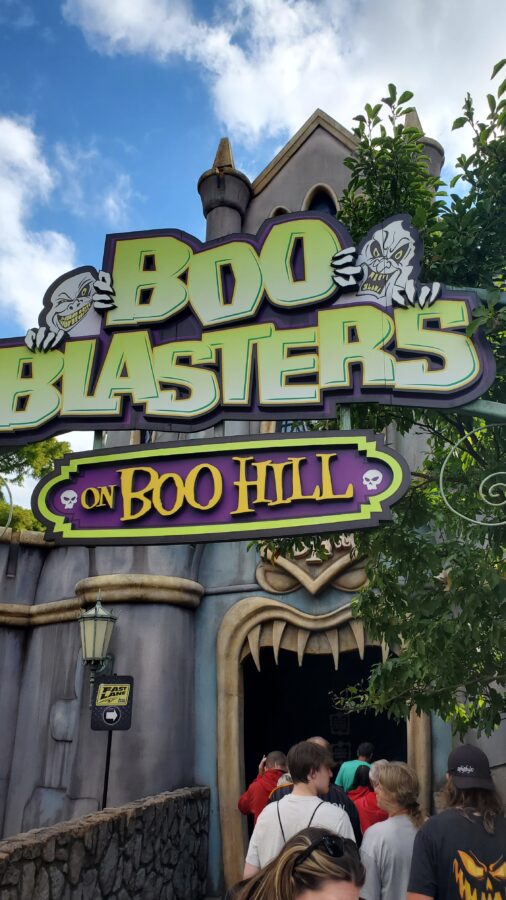 I think we might have a future Imagineer on our hands. Henry is full of free ideas for Kings Island: retheme Boo Blasters as Blueberry Blasters (I actually really like this one. Tie it in with the blue ice cream). Since you’ve got Shivering, Twisted, and Mystic Timbers (and Soaring Timbers)…”how about Digger Timbers, it goes underground into an abandoned mine!” 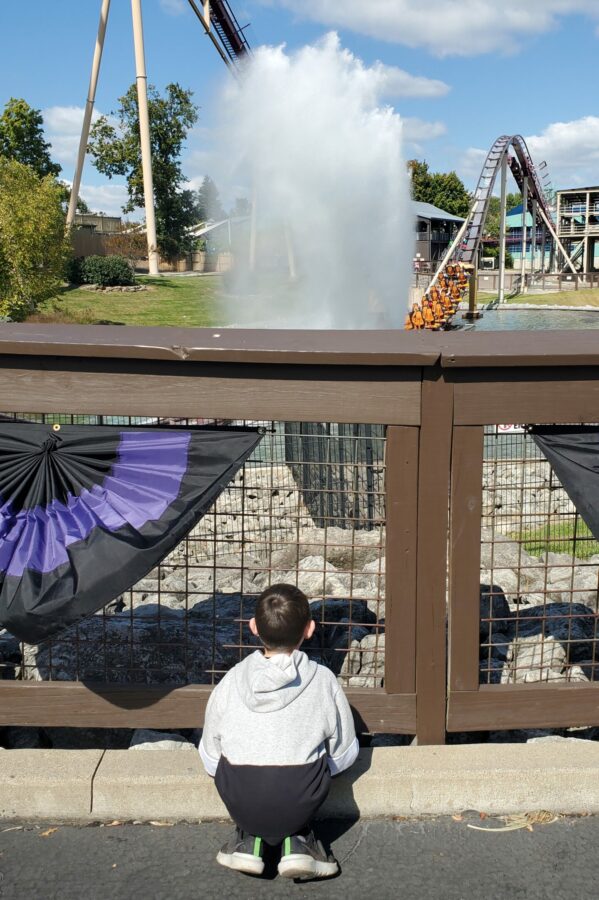 Trying to figure out how the splashdown works.

Me: “Henry, do you want to ride The Racer now?” 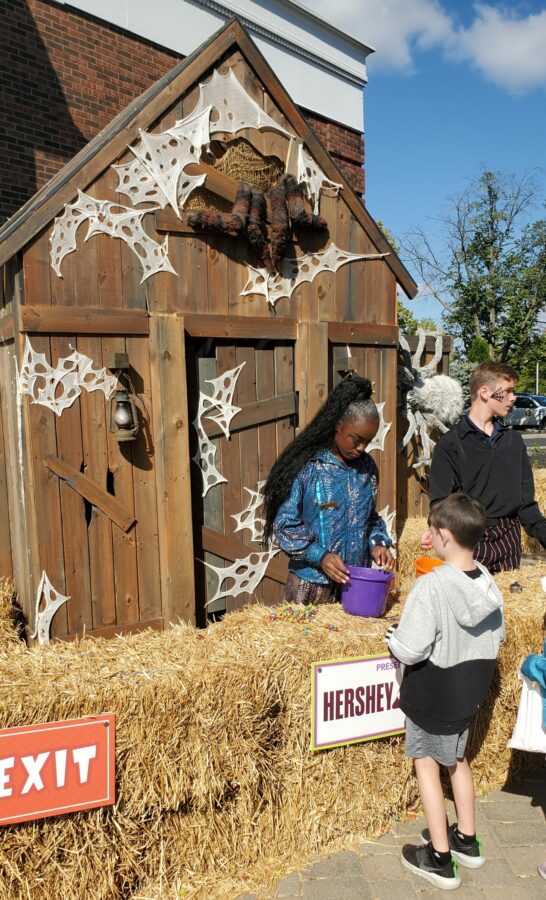 Henry had a blast trick-or-treating at all the different themed stations, accruing a nice stash of what he called “pretty decent candy.”

Me: “You want to go up in the Eiffel Tower to see the view?”

Henry: “The only thing I want to see right now is a soft pretzel going into my mouth!”

In addition to the coasters we rode the train twice (one of the best), antique autos, and eventually went up in the Eiffel Tower which “had such a good view” according to Henry. After making around three full circuits around the entire park, it was time for a snack. “The blue ice cream was sooooo good.”

Henry: “Oh, so that’s why they named the restaurant to honor him, Bob Heavens.” 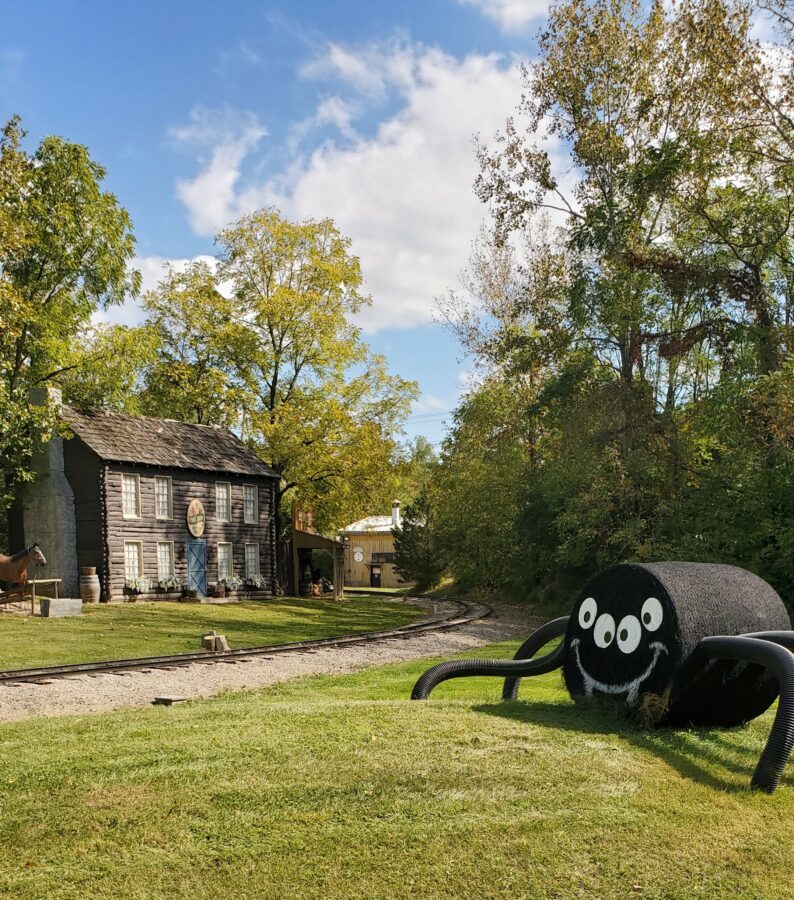 Me: “This is going to be great for the website.”

Henry: “You have a spider web?”

Henry rode five new to him roller coasters, bringing his coaster count to 45. 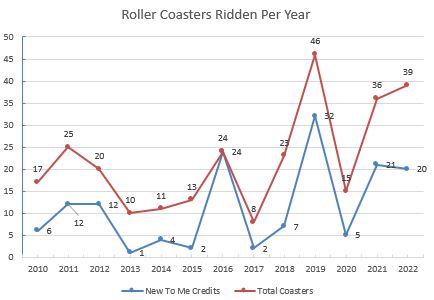 Unfortunately, I can never seem to get Henry’s hilarious bits on camera. As soon as we’d get off a ride he’d be talking a mile-a-minute, then I’d pull my camera out to get his review and he’d stop talking. Oh well, you can still catch a few of his thoughts in the video below.

I was a little bummed I wasn’t able to get him on The Beast but it’s something to look forward to next time.

Me: “Henry, how many rides did we go on today?”

Henry doing the math with his fingers, “Sometimes I don’t want to use my thumb because it’s all the way over there.”

We rode 11 rides in ~7 hours at the park. If I had paid full price for a daily ticket I probably would have been disappointed with that result, but with a pass it takes the pressure off of not feeling like you have to go on a ton of rides or maximize your day to get your money’s worth. Besides, the most important thing was making lifelong memories together, which we surely did.

Sarah: “Sounds like you two had a fun day of riding coasters together. You could be two peas in a pod.”