Worlds of Fun Announces “Return” of Zambezi Zinger in 2023

From 1973 to 1997, the Schwarzkopf-designed Zambezi Zinger thrilled guests at Worlds of Fun. Good news for those reminiscing about the past. Zambezi Zinger is back — with a twist.

That’s right. Worlds of Fun is bringing back Zambezi Zinger. The beloved coaster is being reimagined for 2023 as a thrilling new ride that delves into the heart of the African Serengeti. Guest will be able to embrace memories of the original Zinger as they revel in the new experiences served up on this galvanized steel and wood hybrid coaster.

Designed by Great Coasters International and Skyline Attractions, the “new” Zambezi Zinger will utilize GCI’s new Titan Track and new Infinity Flyer trains. It will be the first ground-up roller coaster to use a mix of steel Titan Track and traditional wooden track. Featuring 2,428′ of track (just under the 2,583′ length of the original) the new Zinger will be a little faster than its predecessor, topping out at 45 miles per hour. It will also be a taller — 17’ to be exact — clocking in at 74’ tall to the original’s 57’ tall. 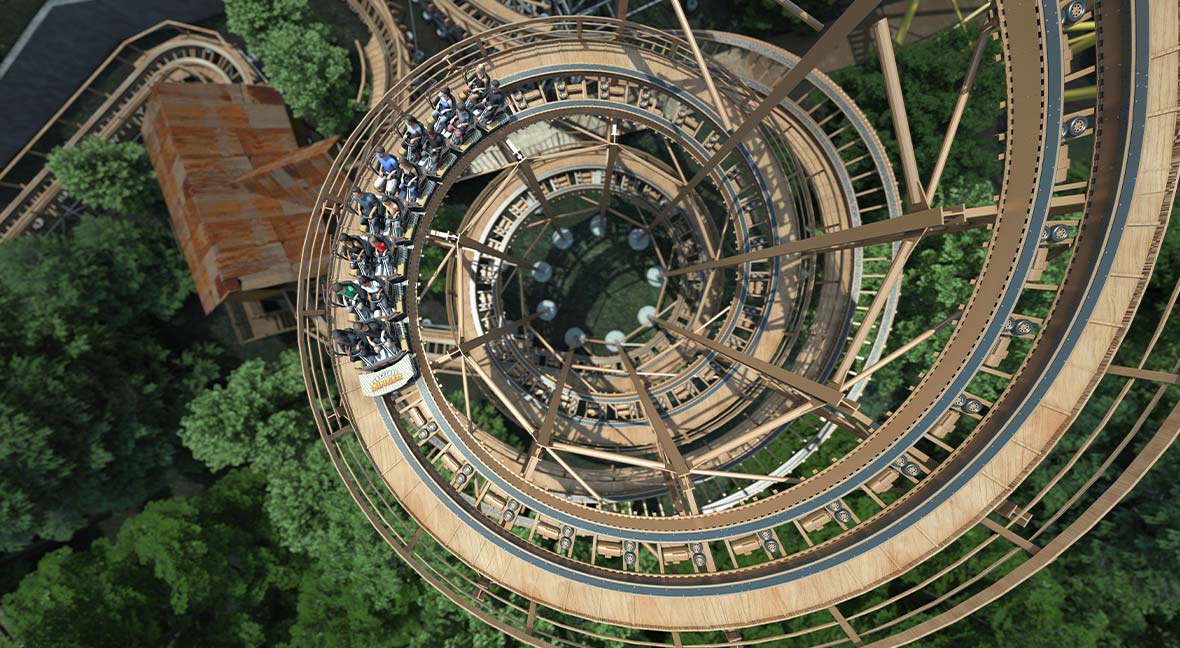 According to Worlds of Fun, “the new Zambezi Zinger roller coaster will take guests on a thrilling journey above its galvanized steel and wood hybrid frame, dropping guests from an iconic spiral lift hill into a low-to-the-ground track that races through the trees and terrain of the African Serengeti.

Packed with several moments of airtime, banked turns and quick transitions, riders are connected to the feeling of an epic safari chase and fast-paced adventure!” 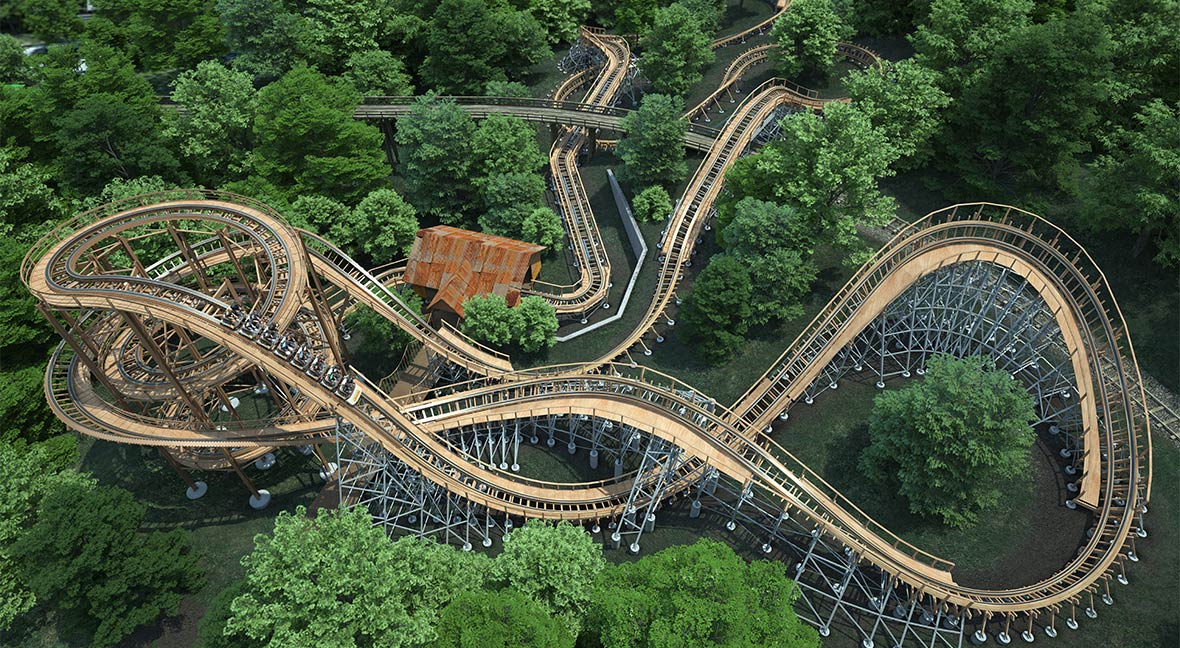 The original Zinger was one of the park’s most popular rides – and one of three coasters – when Worlds of fun opened in 1973. Beloved by adults and kids alike, it had cars configured in a bobsled style that dashed through the trees for a fun and exhilarating ride. 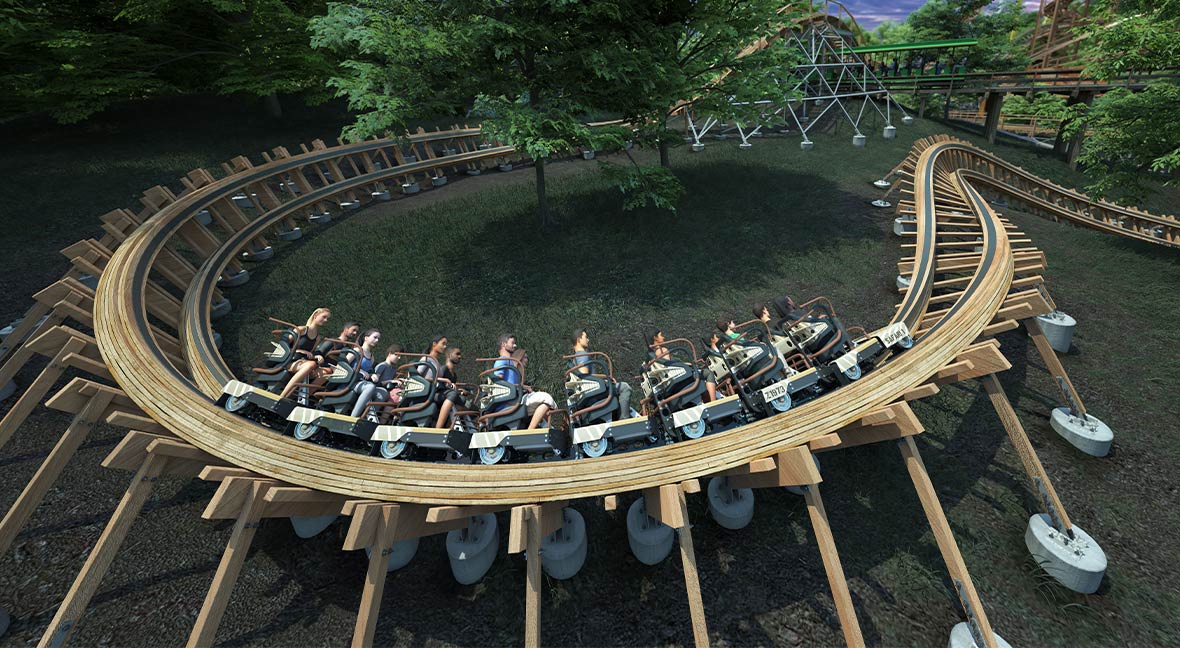 Like the original, Zambezi Zinger 2.0 will feature a tunnel, spiral lift hill, and will be located in the same section of the park (located near Boomerang, the ride that indirectly “replaced” Zinger in 2000 after the former’s 1997 closure), utilizing the same queue building, which will be rethemed for the all-new adventure.