Recently, I purchased a Cedar Fair Platinum pass and wanted to get some use out of it, so I decided to make a quick visit to Kings Island’s 50th Anniversary season on Thursday, July 7th. 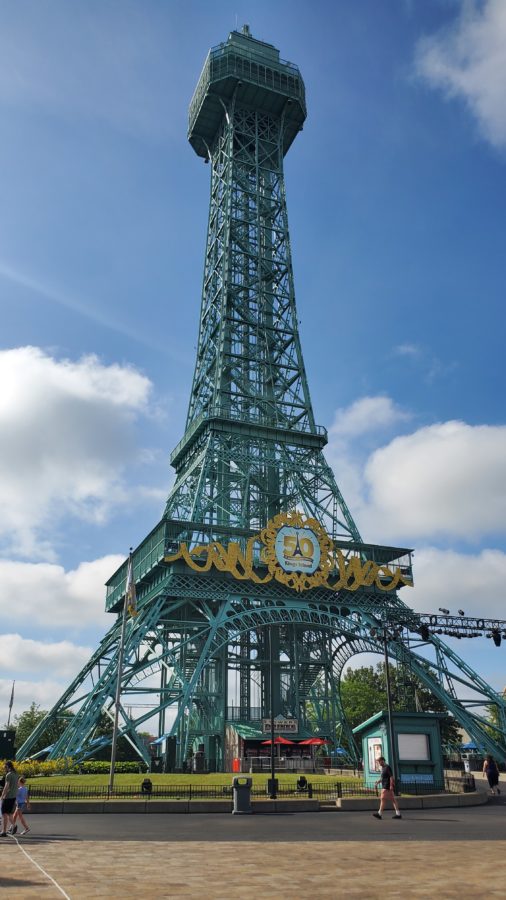 Platinum and gold pass members get exclusive ride time on a few attractions for a half-hour before the park opens to the general public. Knowing this, I left Columbus around 8am and arrived right at 9:30am for the start of early entry. I had a few coasters in mind I wanted to ride before lines got too long. 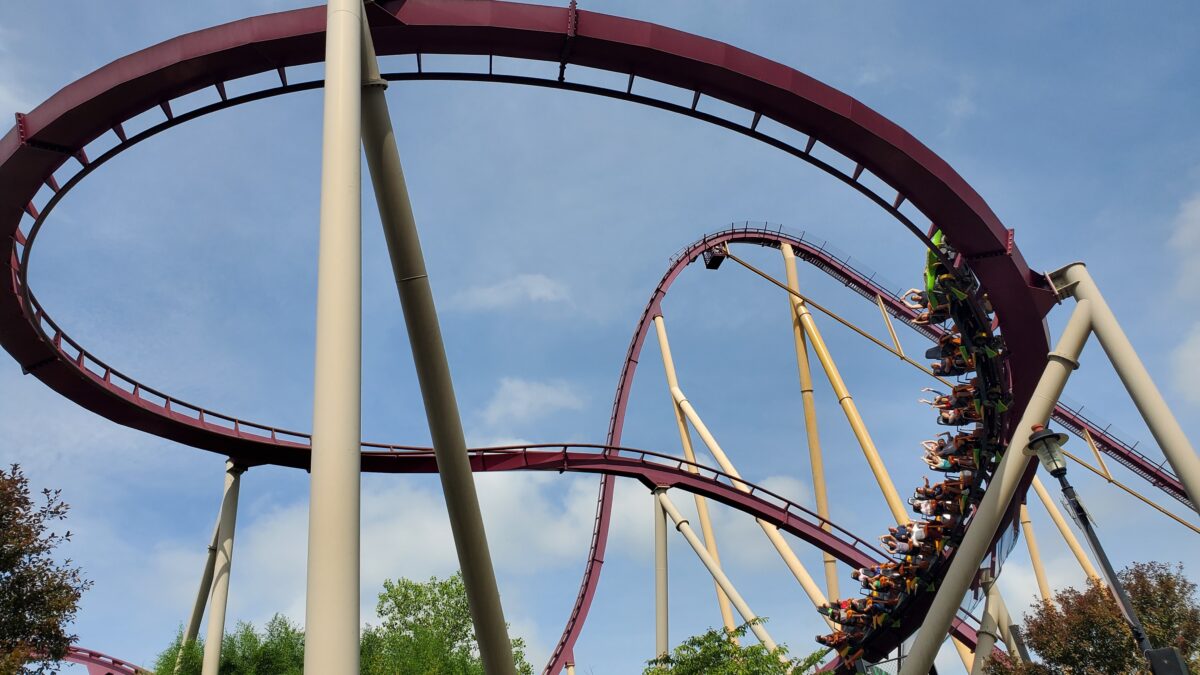 First up was The Racer. Only the Red side was running for ERT and it was fantastic. Having rode Shivering Timbers at Michigan’s Adventure less than a week prior, I was shocked that right now Racer is a better ride. Seriously, The Gravity Group’s recent work on Racer has been wonderful, the result being a smooth and airtime filled ride. The airtime is so strong on some of those small hills that you feel like you’re nearly standing up. The same cannot be said of Shivering Timbers – rough, little airtime, not enjoyable. Can we get The Gravity Group to work the same magic they did on Beast and Racer on Shivering Timbers to restore it to its former glory? 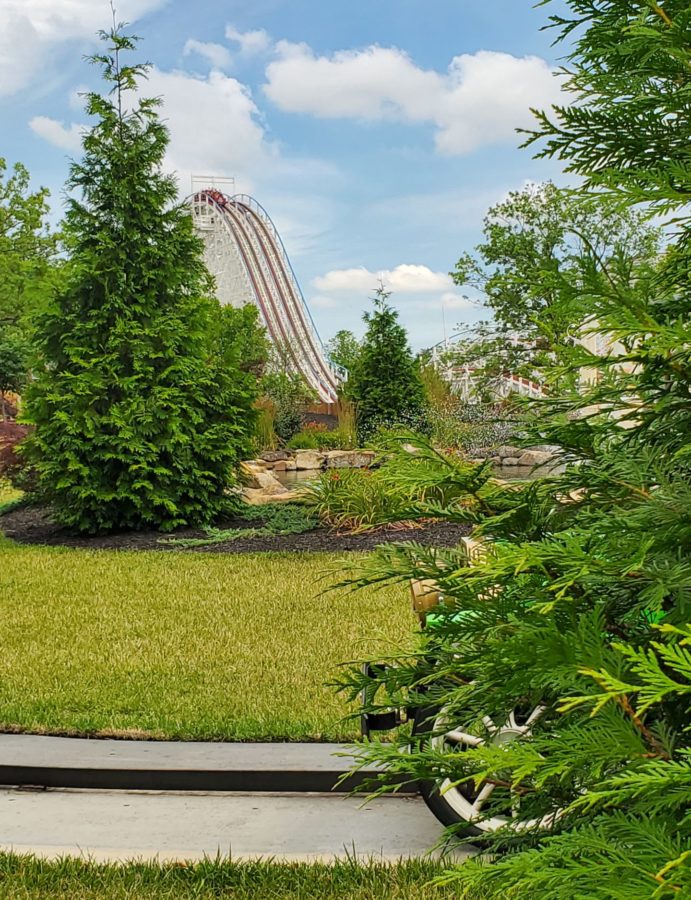 Orion, Diamondback, and Mystic Timbers were as good as always, but the main coaster I wanted to get on was The Beast.  As mentioned, The Gravity Group modified the ride’s first drop and through the first tunnel and turn towards the second drop. The first drop was actually steepened from 45 degrees to 53 degrees to allow for a larger radius and smooth pullout at the bottom, which was a very noticeable improvement. The Beast will even break its own world record as the longest wooden roller coaster by two feet, from 7,359 to 7,361 feet thanks to the modifications. And no, that doesn’t make it a new coaster credit. 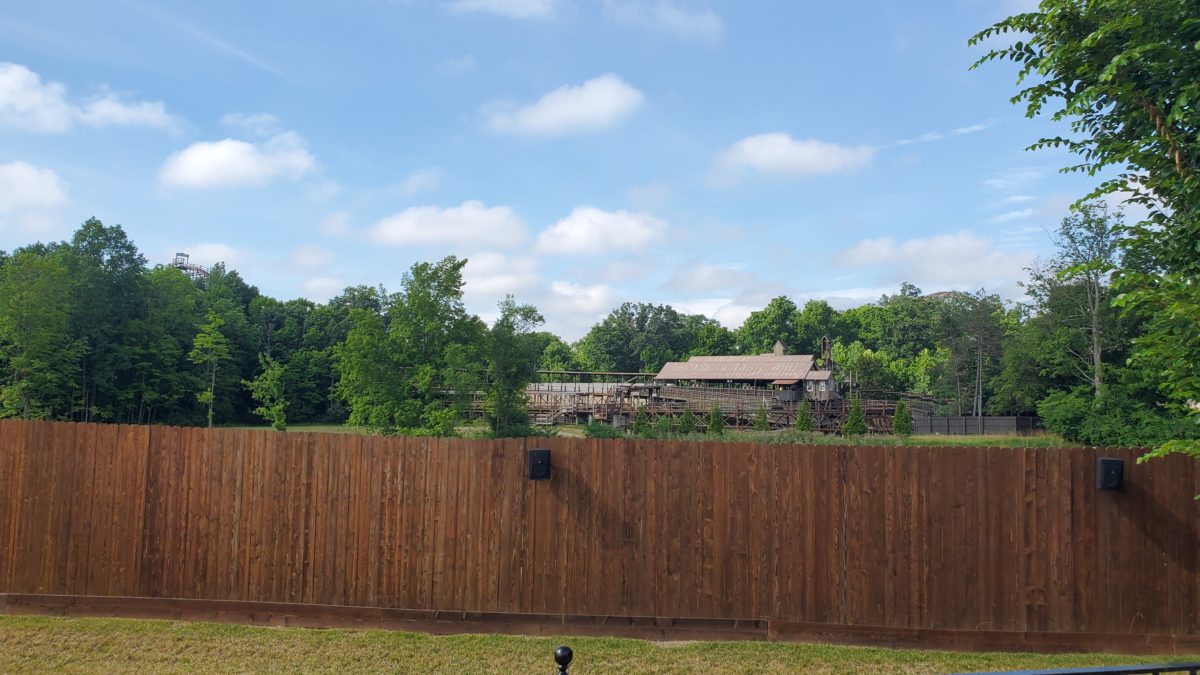 Without running, I rode Racer, Orion, Mystic Timbers, Diamondback, and The Beast in just under an hour. Orion, Beast, Mystic Timbers, and Diamondback were running all three trains right off the bat on a weekday morning. Love to see it! Afterwards, I needed a break so I took a relaxing ride on the Kings Island & Miami Valley Railroad, which opens at 11am. I once heard someone say it’s one of the best theme park steam trains in the country. 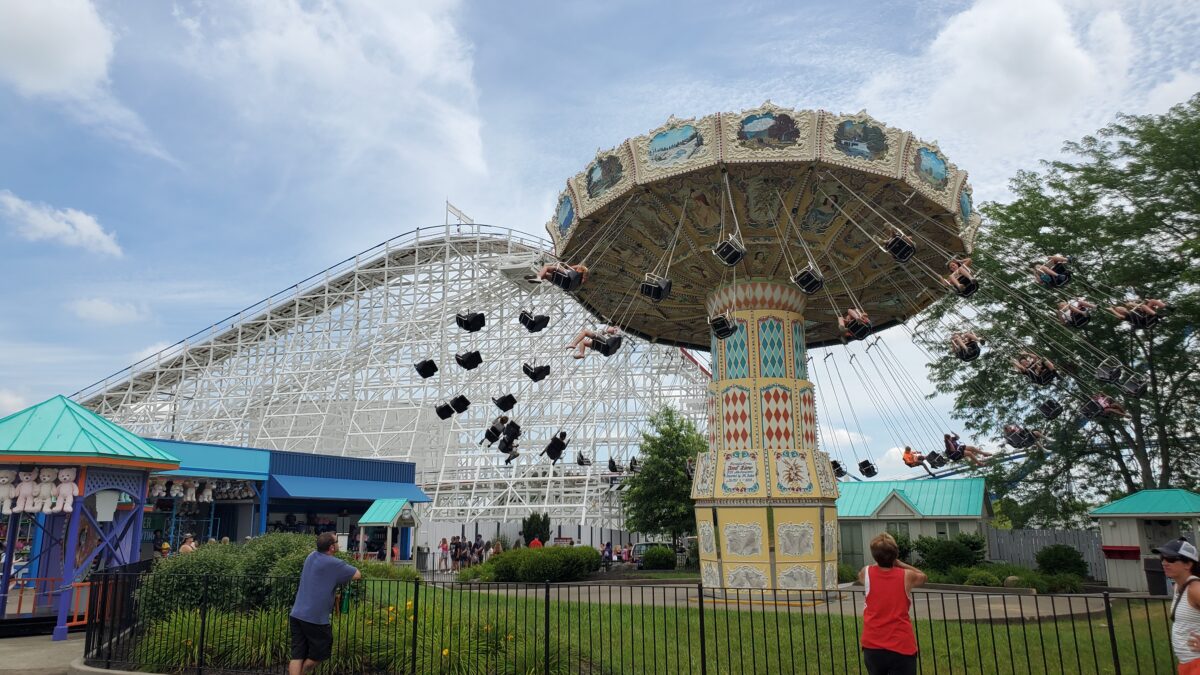 After the train, the park was beginning to get busier and lines longer, so I decided I was done riding and instead strolled the park taking in the sights. I hit my step goal for the day and walked 4.4 miles in less than 3 hours at Kings Island. 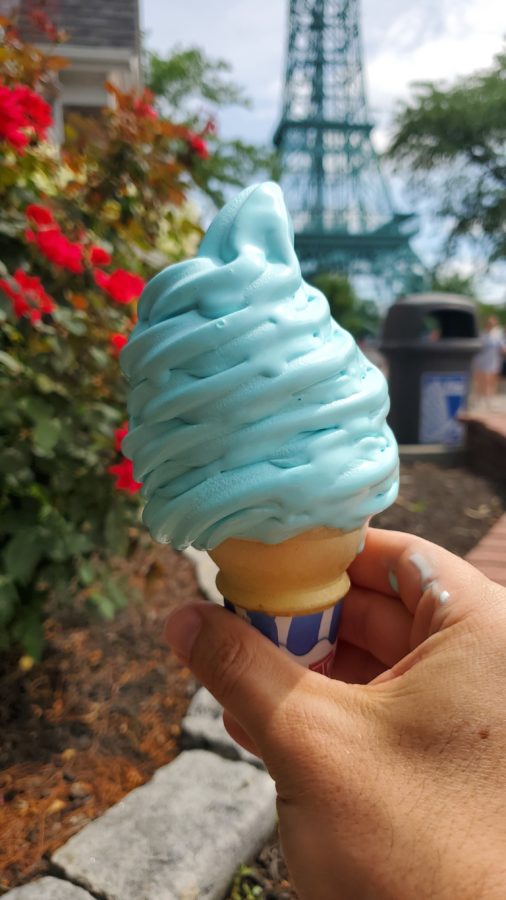 What’s a trip to Kings Island without blue ice cream? Can you tell it was very hot out!

The Bat, Arrow suspended coaster, was still closed after popping a wheel. Bat and Drop Zone were the only two rides I noticed that were closed. Update: The Bat reopened this past week albeit with one train operations. Hats off to Kings Island for getting it flying again so quickly! 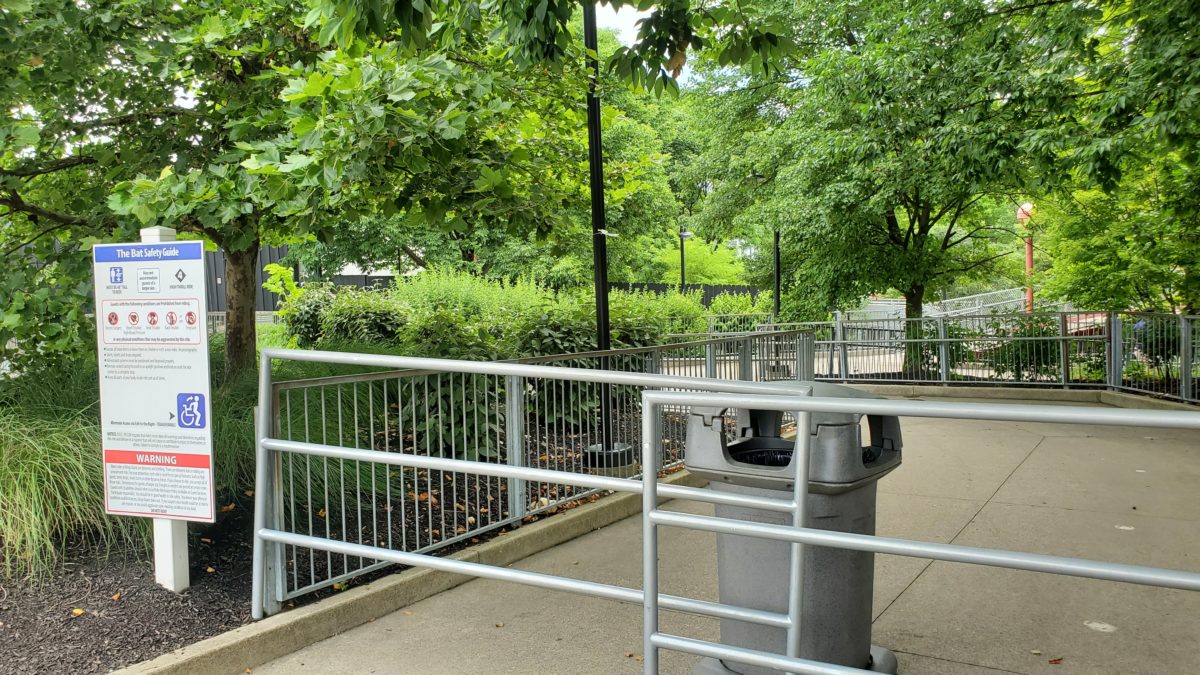 Bat was closed after a wheel incident but has since reopened.

Really cool seeing Matt’s work for sale in the gift shops at Kings Island, especially after talking with him about the creation process for Coaster Cutouts and Nano coasters. 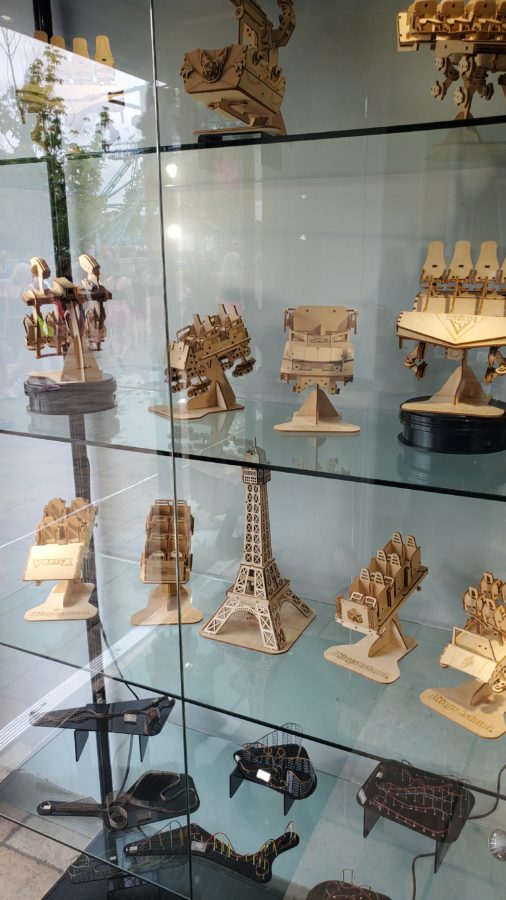 This is my first time owning a Cedar Fair platinum pass and one of my favorite parts is knowing I can come back anytime, so I can just casually walk around and soak it all in without feeling the pressure or need to ride everything all in one day. In fact, I shot some video while walking around the park that day and decided to try something a little bit different. You could say it’s inspired by some of the montages in one of my favorite shows, Better Call Saul. Let me know what you think and if you’d like to see more videos like it.

If you’ve not been to Kings Island’s 50th Anniversary Season do yourself a favor and get there soon!