Today on social media, Hersheypark announced the final ride for their Wildcat wooden coaster will take place on July 31, 2022.

Last to ride alert! 🚨
Wildcat will close Sunday, July 31 so be sure to visit this month for one final ride. Any suggestions on what we could do with 3,100 feet of wooden track?

Wildcat opened in May 1996 as the first major coaster for Great Coasters International. 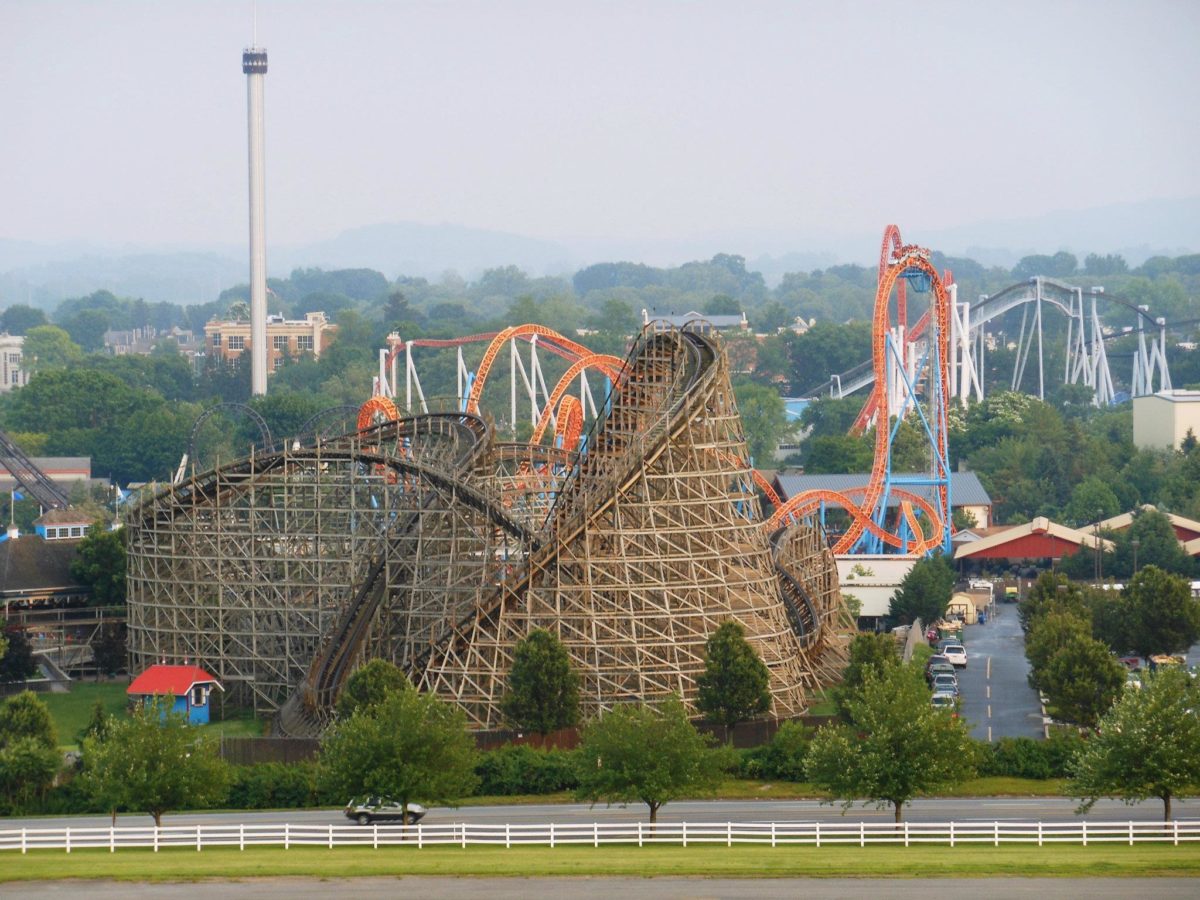 It stands 108 feet tall and contains 3,183 feet of twisting track. The coaster’s original PTC trains were replace with GCI’s Millennium Flyers for the 2007 season.

Take a ride on Wildcat by watching the POV below:

As for the ride’s future, it doesn’t appear the structure will be completely demolished. The park asks “Any suggestions on what we could do with 3,100 feet of wooden track?” Interestingly, Rocky Mountain Construction immediately replied to the Tweet saying they have a few ideas. Confirmation RMC Wildcat is actually happening? We can’t wait to find out. Hersheypark promised more details will be released later this year. 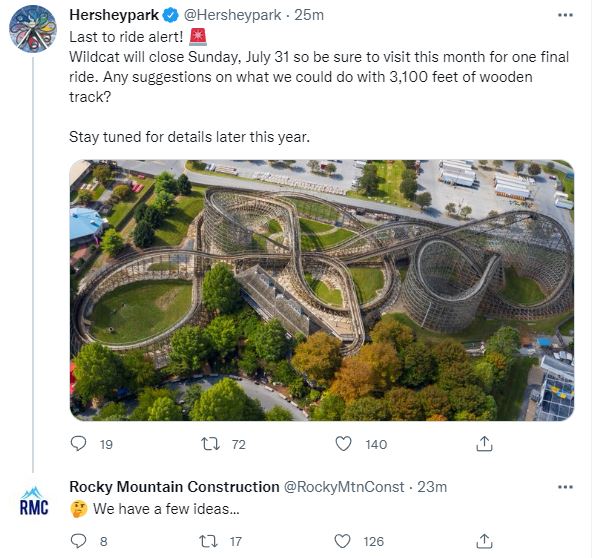 If Wildcat is turned into an RMC hybrid, it will be the second GCI coaster to undergo the transform, the first being Roar into Joker at Six Flags Discovery Kingdom. It would also be the fourth of the GCI’s 32 wooden coasters to no longer exist (the other two being Gwazi and Ozark Wildcat).

Did you enjoy Wildcat? Will it be missed? What was your reaction when you heard Hersheypark’s Wildcat to close? What do you think will be happening to the structure? RMC or GCI Titan Track? Let us know in the comments below!