Dinosaur Island Roars Back at the Columbus Zoo

The ever-popular Dinosaur Island is back from extinction at the Columbus Zoo and Aquarium. Dinosaur Island transports guests 65 million years in the past on a quest to find more than 17 animatronic dinosaurs via a short walk-through followed by a slow moving boat ride. Made of steel with a urethane waterproof skin, the dinosaurs have eyes that shift, tails that move, mouths that roar, and electronic “brains” that activate and control their movements and sounds. The result is a thrilling experience that is sure to delight visitors of all ages. 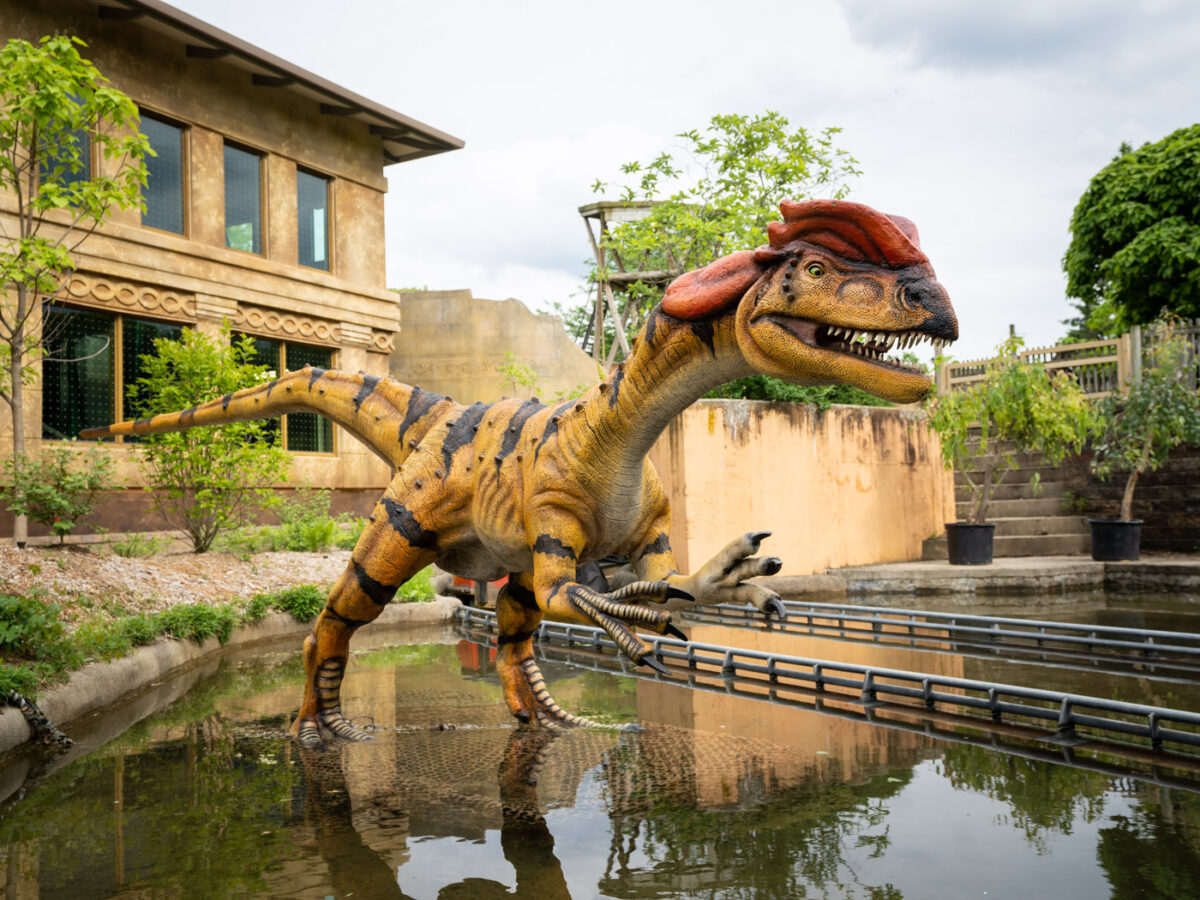 The dinosaurs were acquired from Billings Productions, Inc./The Dinosaur Company located in Allen, Texas. Some of the awesome creatures you’ll see on your expedition inslude:

My family has made it a tradition to ride the boat every year. Below is this year’s version. It’s never exactly the same each year. In fact, you can see for yourself as I’ve embedded all the videos of the last five versions of Dinosaur Island.

After a year hiatus due to the global pandemic, Dinosaur Island returned to the Columbus Zoo.

This might be my favorite iteration of the attraction. What’s yours?

After two years of pirates, the dinosaurs made their way back to the zoo. Do you prefer pirates or dinosaurs?

Pirates returned to the zoo for the second year of their two year run. I wonder if we’ll ever see them again? I feel like some of the props were used for the Zombiezi Bay haunted attraction.

A special admission ticket is required for entrance and is not included with Zoo admission. Admission to Dinosaur Island is $3 for general admission, $2 for Columbus Zoo members and free for Columbus Zoo Gold members, as well as included in the price of a ZooMore ride wristband. Revenue from the family-friendly rides and attractions like Dinosaur Island helps to support the Zoo’s operating budget, which also benefits the Zoo’s animal care and conservation initiatives.

For even more dinosaur fun, check out our article on our top ten dinosaur themed roller coasters.