There’s been plenty of speculation about the “Landscaping Project” at SeaWorld Orlando in recent months. With track already arriving at the park, under the cover of palm trees, it was only a matter of time before we would learn more about SeaWorld’s next planned addition.

While they say nothing ever good is released on a Friday afternoon, SeaWorld released plans on social media for a #HighSurfAdvisory coming to the park in 2023.

There's a high surf advisory on the horizon in 2023 🏄🌊 #HighSurfAdvisory pic.twitter.com/kKWv3fh5NP

The video encourages guests to “Feel the Power” for a “first-of-its-kind” roller coaster, the park’s seventh, and to “let the waves propel you.” Based on the video, it appears that the new coaster will have a launch element.

The speculation, especially given the tie-in with the teaser, is that SeaWorld Orlando will be building the first-ever “Surf Coaster” from Swiss ride Manufacturers Bolliger & Mabillard. The patent for the Surf Coaster was first filed in September 2020. For more information, be sure to check out this article. 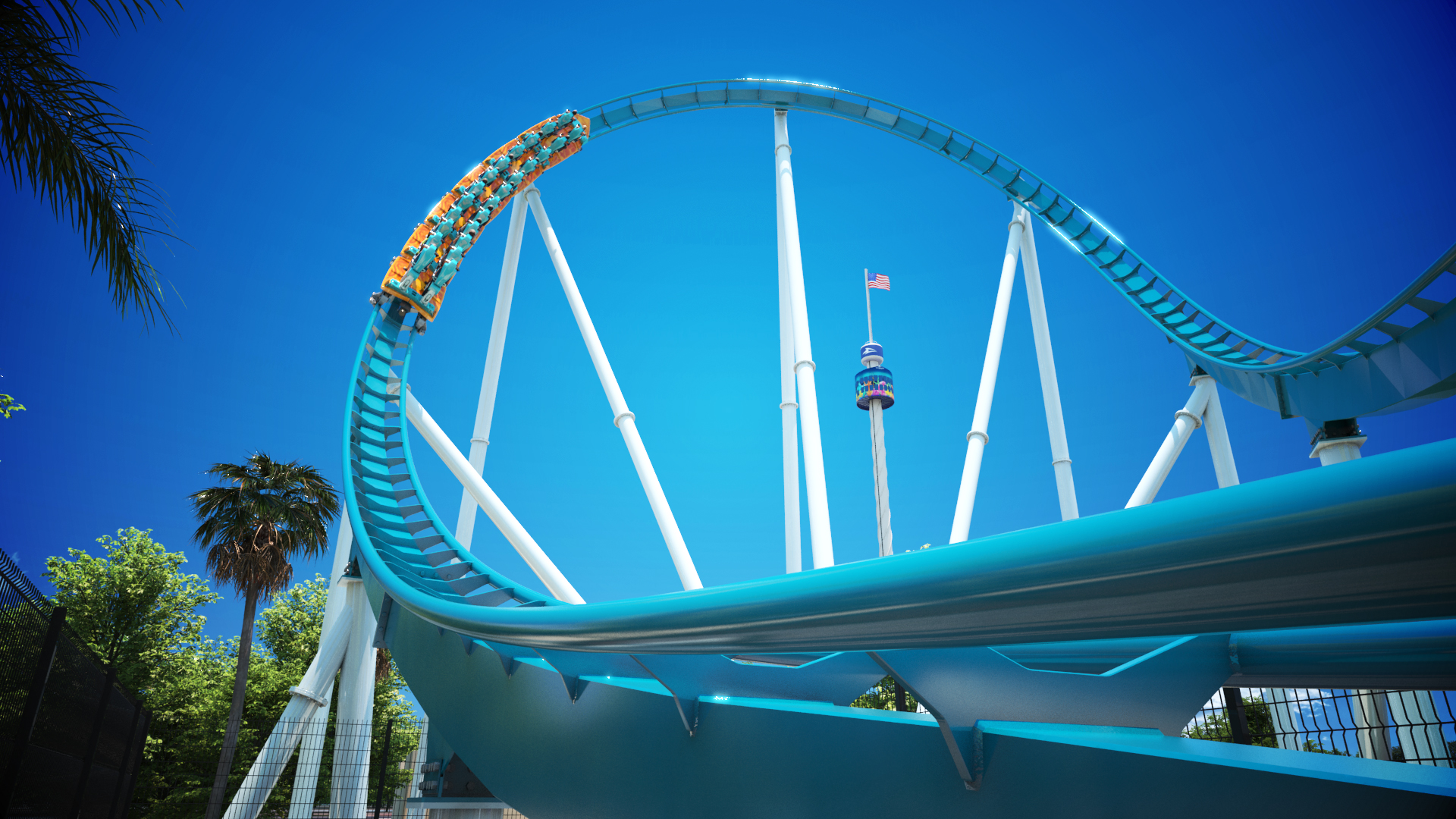 The tides are rising as the park continues to stake claim to the “Coaster Capital of Orlando” Moniker, as the new coaster will join other B&M coasters Kraken, Mako, and Manta, as well as the new-for-2021 Ice Breaker family thrill coaster. We’ll be sure to stay tuned as more information becomes available from the park.