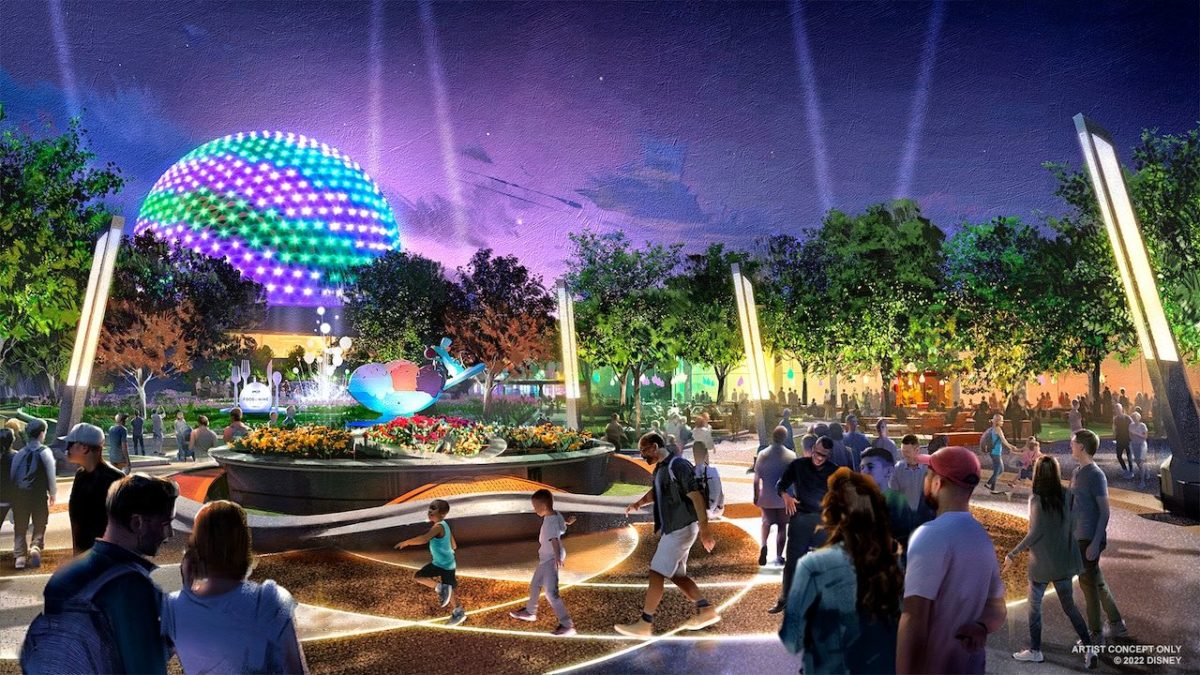 In a recent blog post on the Disney Parks Blog, we learned more about the World Celebration “neighborhood,” a hub that will be separated into smaller garden areas surrounding a five-ring Epcot logo installation.

World Celebration will be situated between World Discovery and World Nature areas. All three areas make up what was formerly known as Future World. World Showcase will retain its original name. 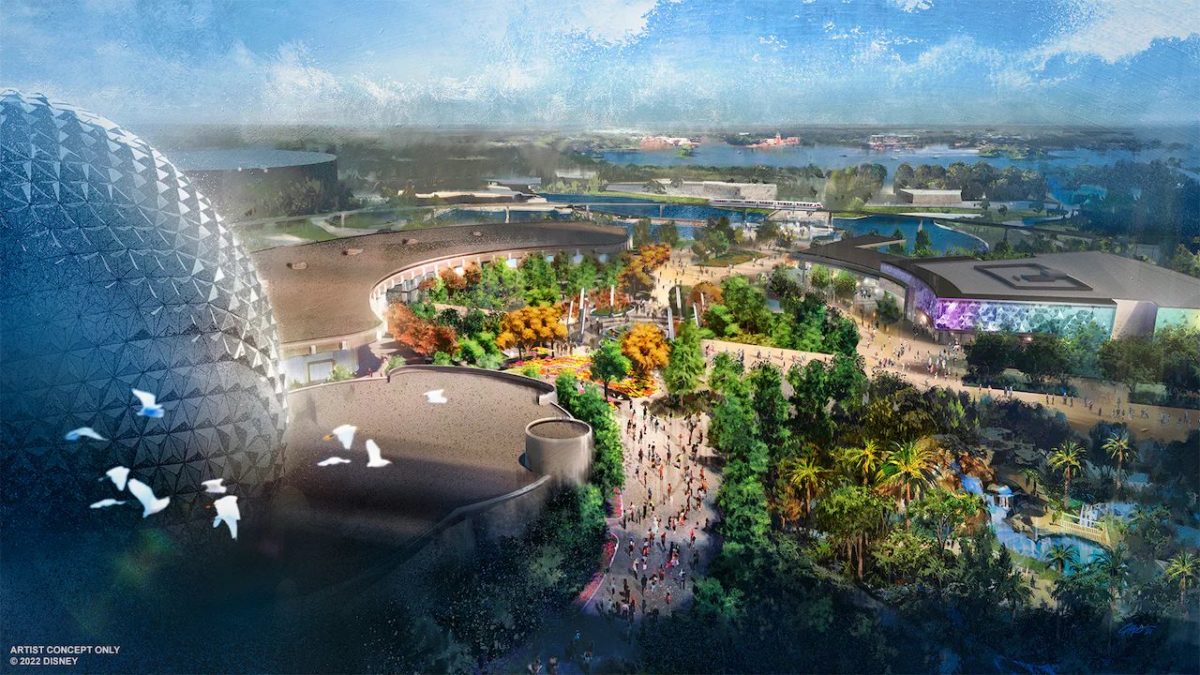 The new World Celebration neighborhood — one of the first areas guests encounter after passing the iconic Spaceship Earth — is designed with events and live entertainment in mind. It’s designed to “connect us to one another and the world around us.” 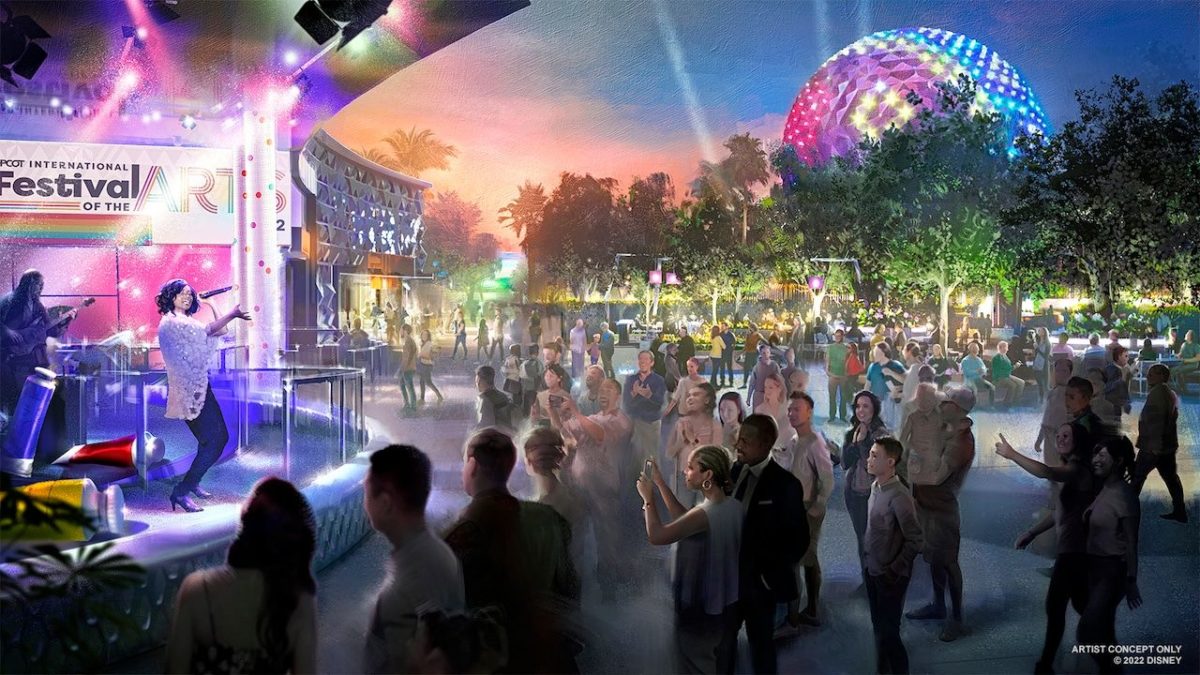 The reimagined hub surrounds CommuniCore Hall and CommuniCore Plaza, “a multiuse facility and outdoor event space…that bring the park’s international festivals to the center of Epcot.”

The “CommuniCore” name harkens back to the theme park’s inaugural season — it was a pavilion created to commemorate technological advancements. In 1994, it was redesigned and rebranded as “Innoventions,” which closed in 2019 to make way for World Celebration. 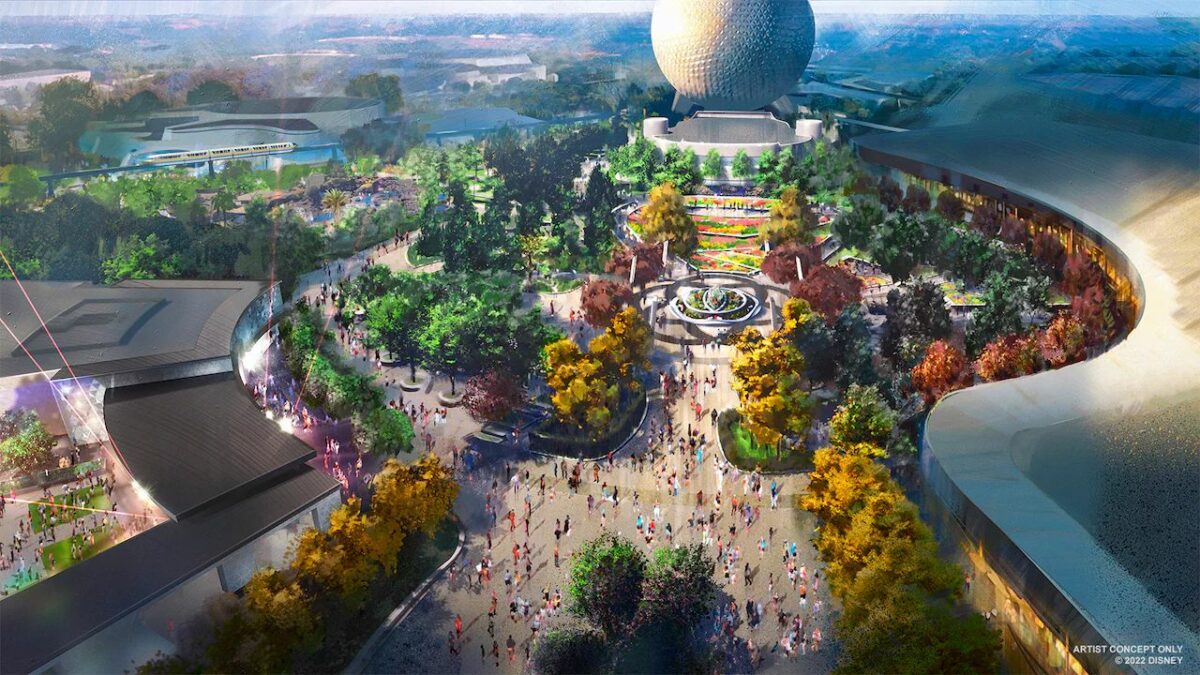 CommuniCore Hall, as seen in the lower left-hand corner in the above rendering, is described as a “flexible exhibition and gallery space” that highlights art, live music and food (demonstration kitchen included). CommuniCore Plaza will be able to host a wide range of events and performances. 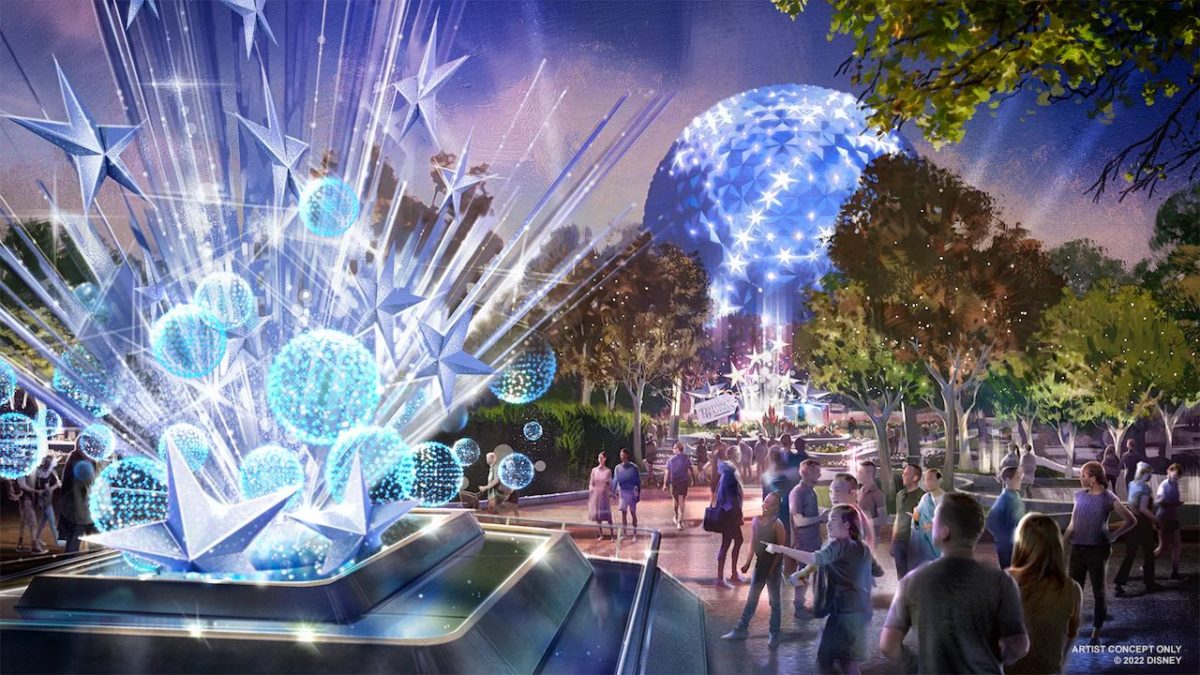 This work follows additional ongoing enhancements and new attractions in World Discovery, including the new Space 220 restaurant and Guardians of the Galaxy: Cosmic Rewind, an indoor roller coaster opening later this month.

What do you think about the new World Celebration area? Share your thoughts in the comments section below.