Tokyo Disneyland owner The Oriental Land Company revealed today that Space Mountain and the surrounding Tomorrowland area at Tokyo Disneyland Park will undergo a major renovation set to debut in 2027. 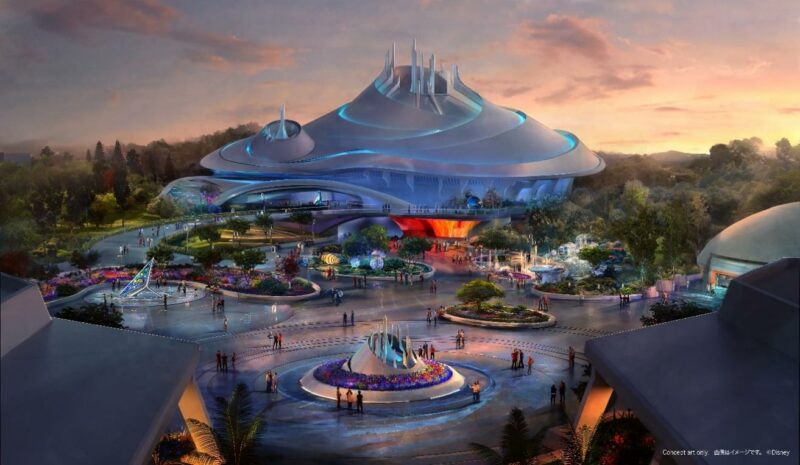 The project will introduce guests to a new plaza inside of Tomorrowland. The area encompasses the popular Space Mountain indoor coaster, which will close for renovation in 2024.

Space Mountain first opened with Tokyo Disneyland in 1983 and is one of five operating at Disney parks across the globe. The new Space Mountain “will maintain its original concept as an indoor roller coaster, but will have enhanced performance and immersive special effects that will give guests even more thrills on this exciting rocket ride.”

According to a Tokyo Disneyland news release:

The new Tomorrowland plaza will express the connection between Earth and the universe, representing an image of a future where humans are in harmony with nature. Guests will be able to enjoy moments of rest and relaxation in this plaza where various icons and other design elements create a sense of hope for the future. After dark, the area will draw guests into a spectacular world of light and soundscapes.

The project will cost roughly $438 million in total. The new Space Mountain and Tomorrowland are slated to open in 2027.

What do you think of Tokyo Disneyland’s Space Mountain and Tomorrowland plans? Let us know in the comments section below.