Maurer Rides has announced a new model of its interactive Spike Coaster that is geared toward the snowy terrain of ski and mountain resorts, combining a snowmobile with a roller coaster. 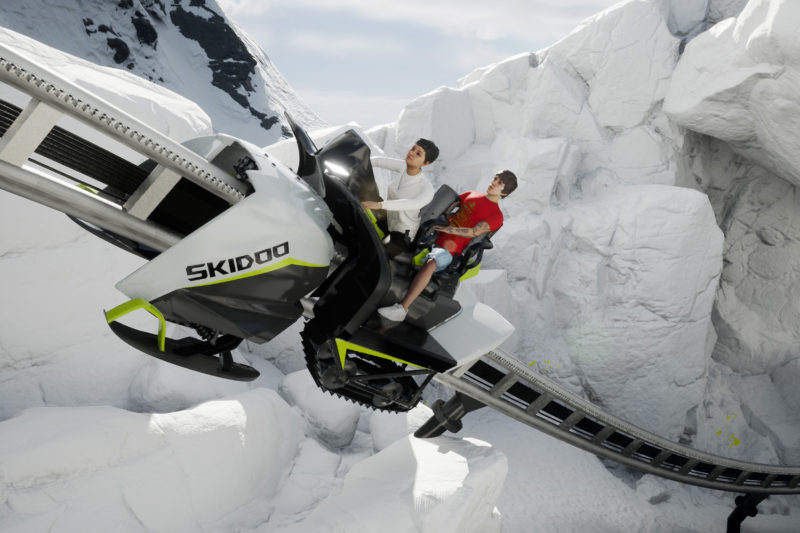 The snowy Spike Coaster would feature snowmobile-themed, two-seat cars with throttles that give riders some control of the ride experience — going through the course at a faster or slower speed.

But first, what is a Spike Coaster?

The Spike Coaster is a powered coaster that is driven by a rack and pinion, like in a car’s steering system. The “rack” is a row of gear teeth that is fixed along the length of the track also known as the “counter-toothing”), while the “pinion” is a gear on the ride vehicle that turns to propel the car down the track.

Maurer Rides announced the original Spike Coaster in November 2016. The single-rail powered coaster is touted as being the first of its kind to offer riders interactive capabilities.

If you want to learn more about the Spike Coaster model, look no further than our article explaining how it works.

Three Spike Coasters are in operation as of this posting — two in Europe and one on a cruise ship (yes, you read that correctly). 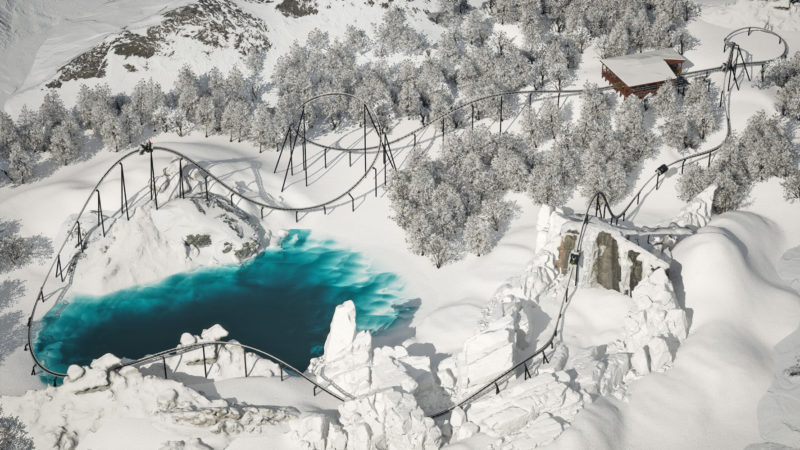 Maurer designed a sample layout of the Spike Snow Coaster built over a serene snowy terrain. 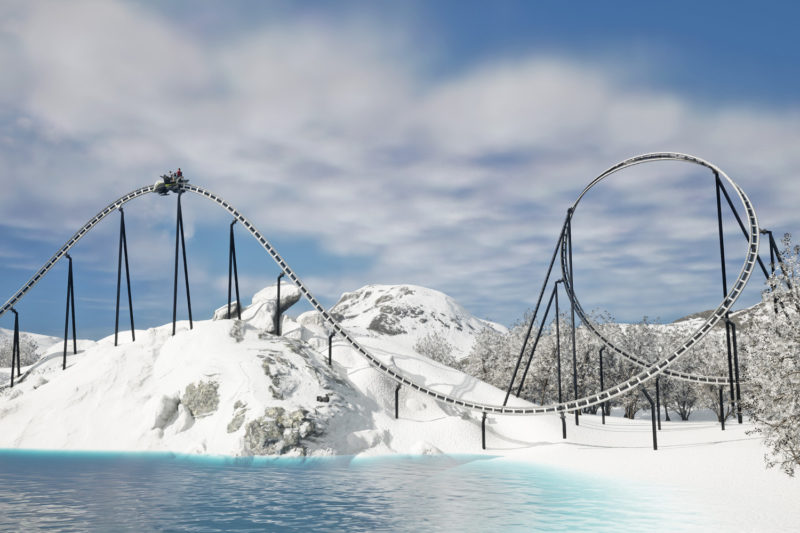 The coaster stands 72 feet tall and features a non-inverting loop, which would be a first for a Spike Coaster. 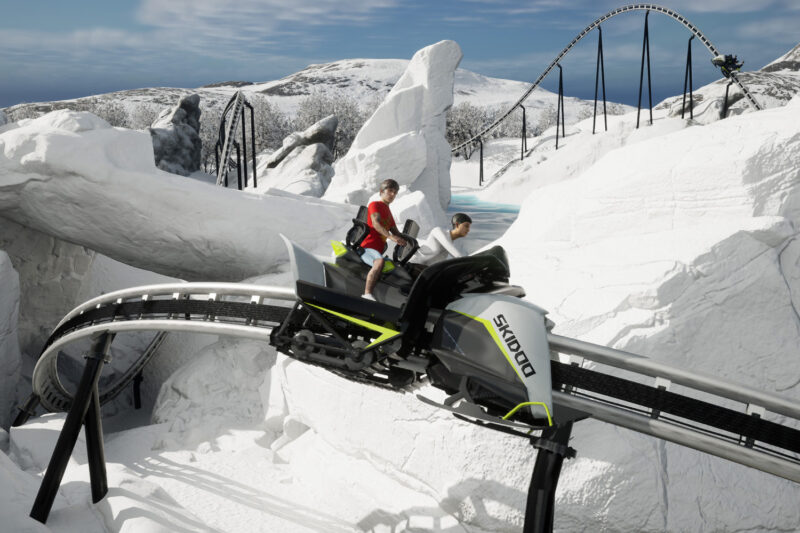 Riders would reach a top speed of 50 mph over the course of the 1,800-foot-long coaster. The coaster would feature a “fake out” moment where the car would not pass over one of the air-time hills on the first attempt. That effect can be seen in the animation below:

More information about Spike Snow Coaster is available at the Maurer Rides website. 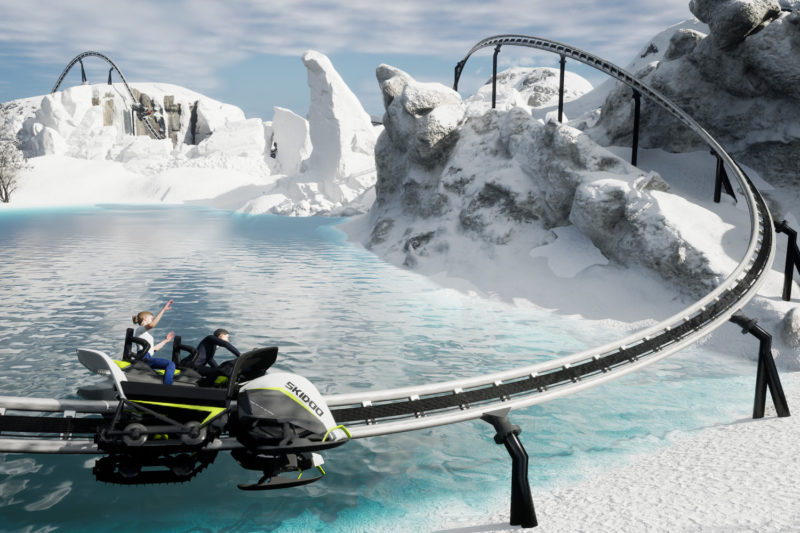 What’s a park or resort you’d like to see build a Spike Snow Coaster? Share your ideas in the comments section below.