In a post on their Facebook page, Long Island’s Adventureland amusement park announced that the park would be adding a new family-friendly roller coaster in 2022, named Fireball. Fireball will be a first-of-its-kind attraction in North America. 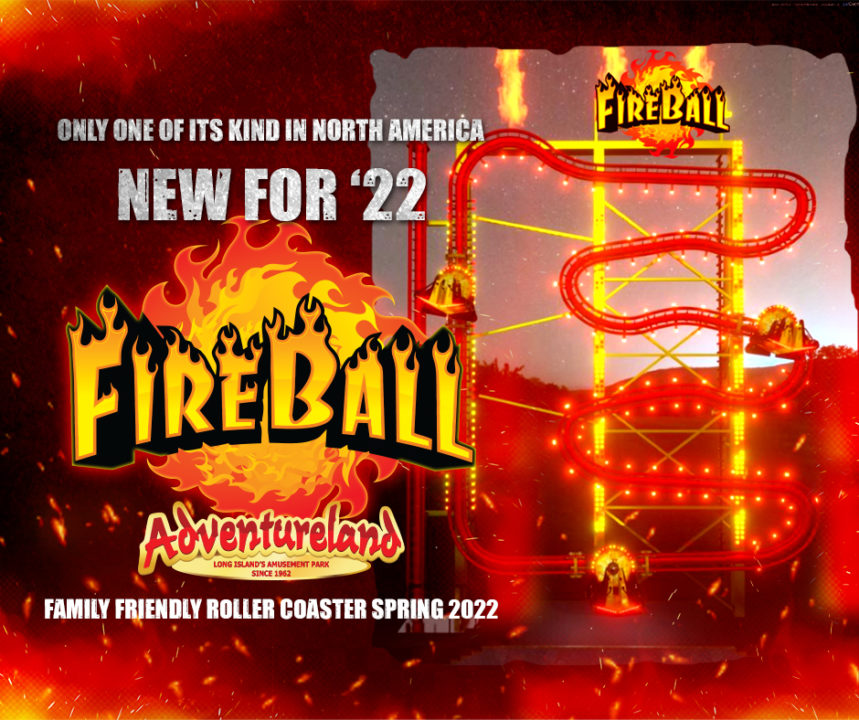 While details are scarce (the park promises video coming later!) – Fireball appears to be a 19m “Roller Ball” coaster from Ride Engineers Switzerland. A similar model exists at Germany’s Schwaben Park, where it operates as “Wilde Hilde”

Ascending a vertical lift hill like an S&S 4-D free spin, the ride vehicle only operates on one side of the track, which is oriented sideways. The trains pitch back and forth, but never invert, making this the ideal family friendly coaster attraction. Though statistics haven’t been officially released, Wilde Hilde features 288.7′ of track and stands 68.9′ tall (19m). The ride lasts about 90 seconds.

Fireball will be Adventureland’s third roller coaster, joining Rattlesnake Coaster (Zierer Tivoli Family Coaster) and Turbulence (MACK Rides Spinner.) It will be the first new roller coaster built at the park since 2015.

None of this should be confused with Adventureland in Iowa, who added their own free-spinning roller coaster, Dragon Slayer, in 2021.