Behind The Scenes of Carowinds’ WinterFest Preparations

Last month, we had the opportunity to go “Behind the Screams” at SCarowinds with Ryan Allen, manager of live entertainment for the park. What many guests might not realize is that when SCarowinds gave its final scares of the season at midnight on Halloween, October 31, the team at Carowinds had six days to transform the park from “Scary” to “Merry,” as Carowinds hosted season passholders for a “lights and rides” preview on November 6-7. 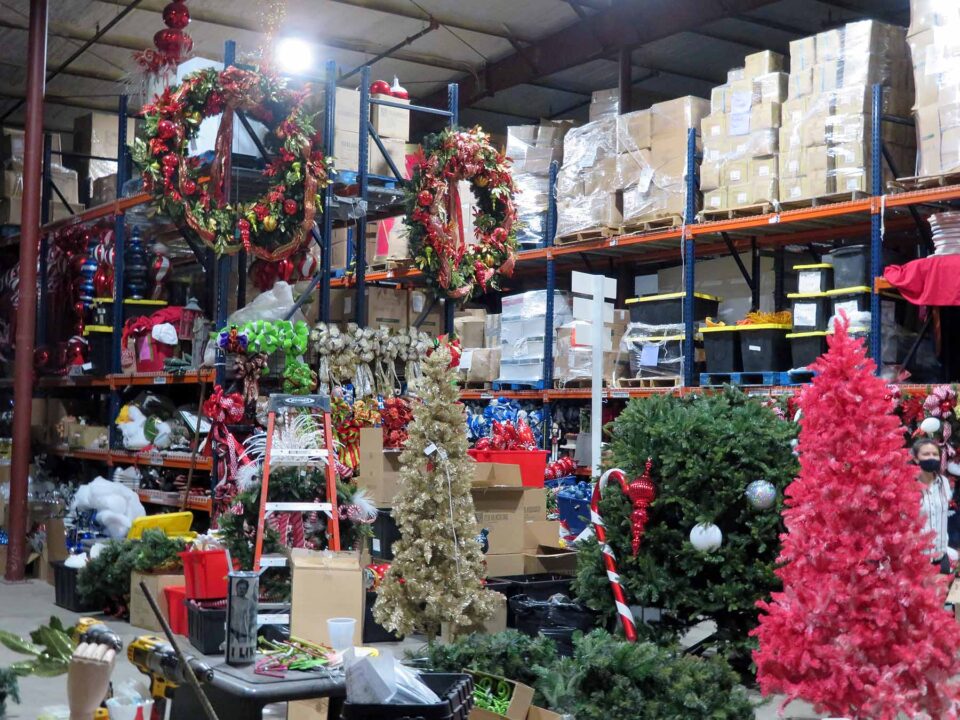 As Carowinds prepared for WinterFest towards the tail end of SCarowinds, we also got an advance look at decorations before they made their way inside the park and other preparations for WinterFest! 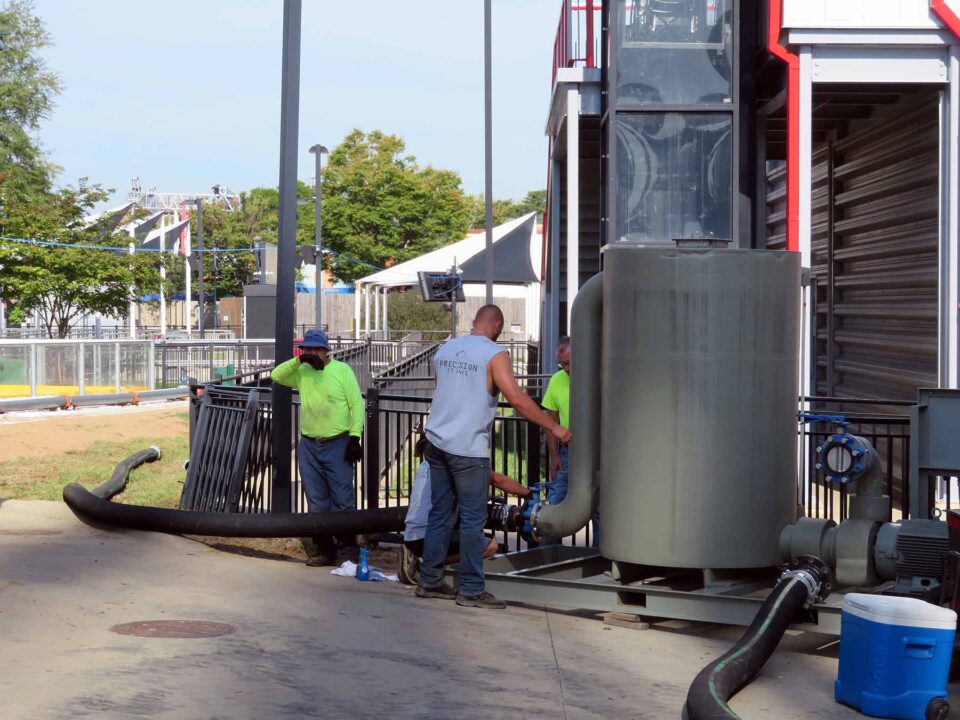 In the grassy area adjacent to Intimidator and Harmony Hall, preparaions were underway to transform that area into Snowflake Lake. The ice is actual ice, and not a synthetic ice-like surface, and is cooled with a giant air conditioning unit. 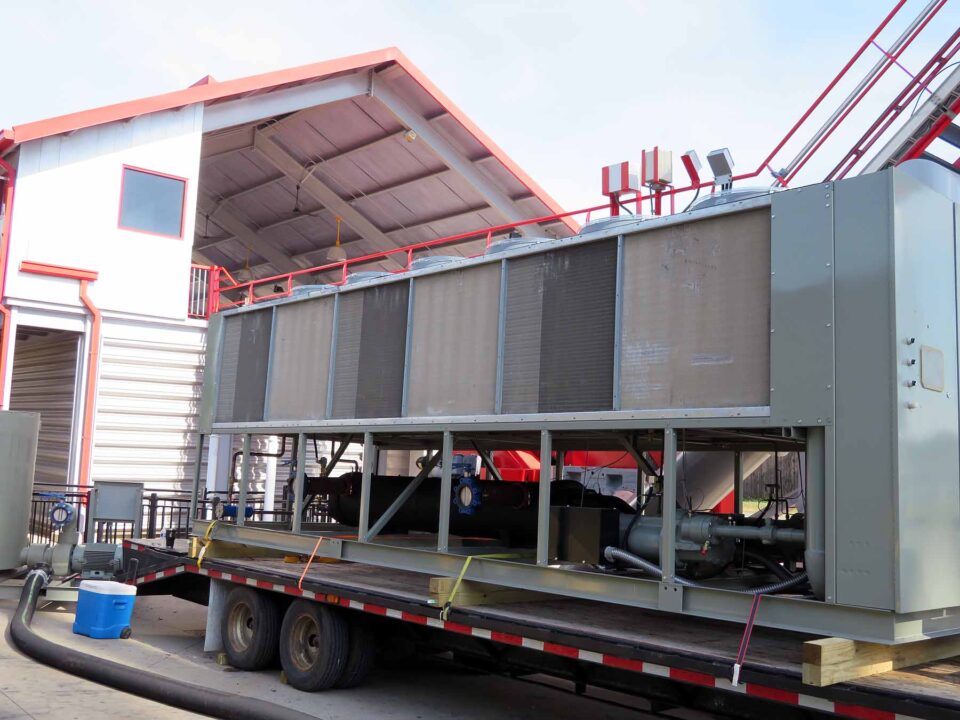 When we visited in mid-October, decorations were starting to go up, including this wreath on Panda Express. It was discreet enough to not interrupt with SCarowinds decor. 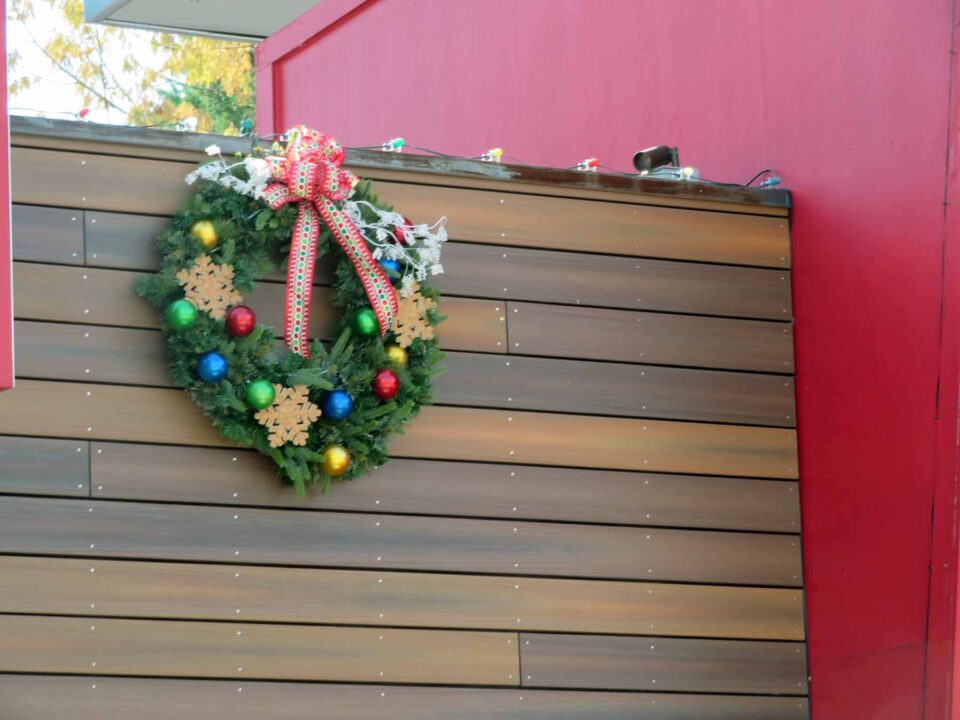 The staging area for WinterFest is in an area located behind Copperhead Strike, and lights and trees were being staged, making sure that all of the lights were working. 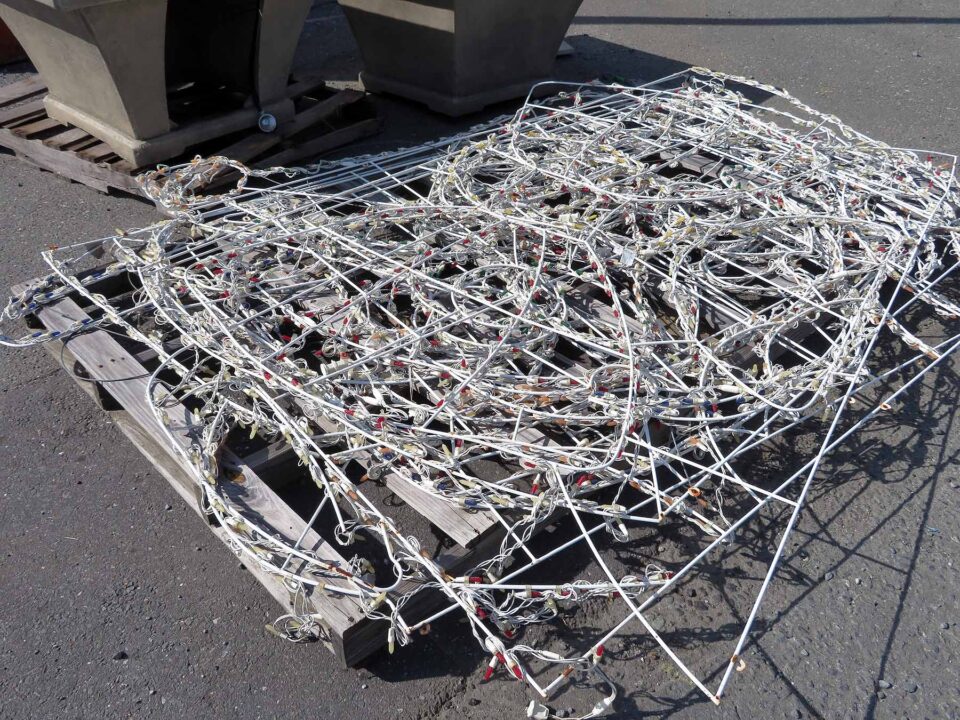 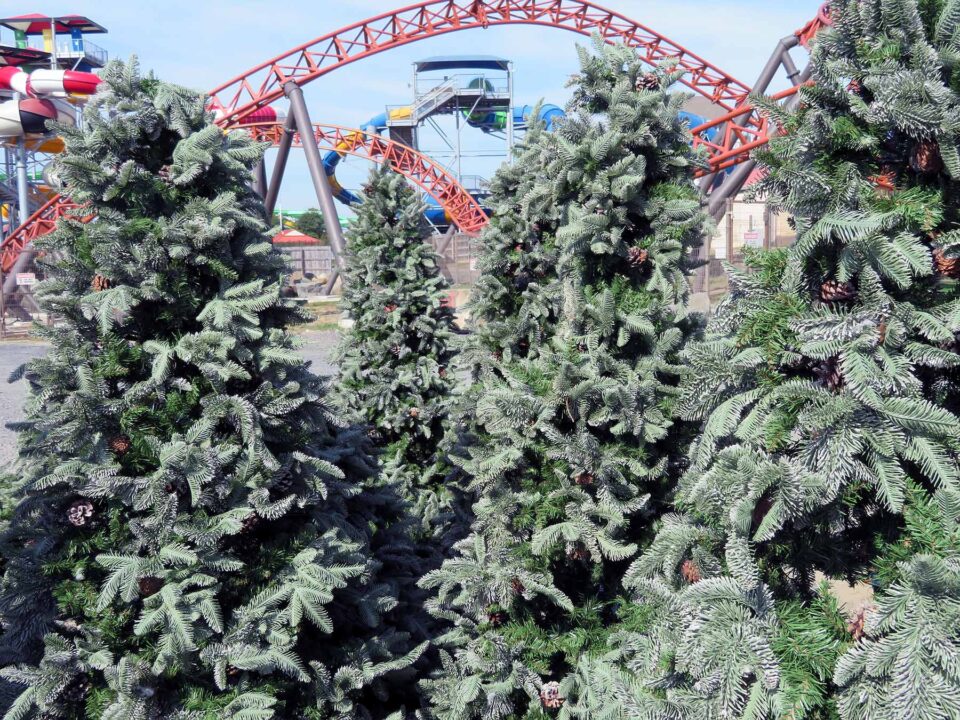 Other WinterFest statues and sculptures were being unloaded from inside of a shipping conatiner. 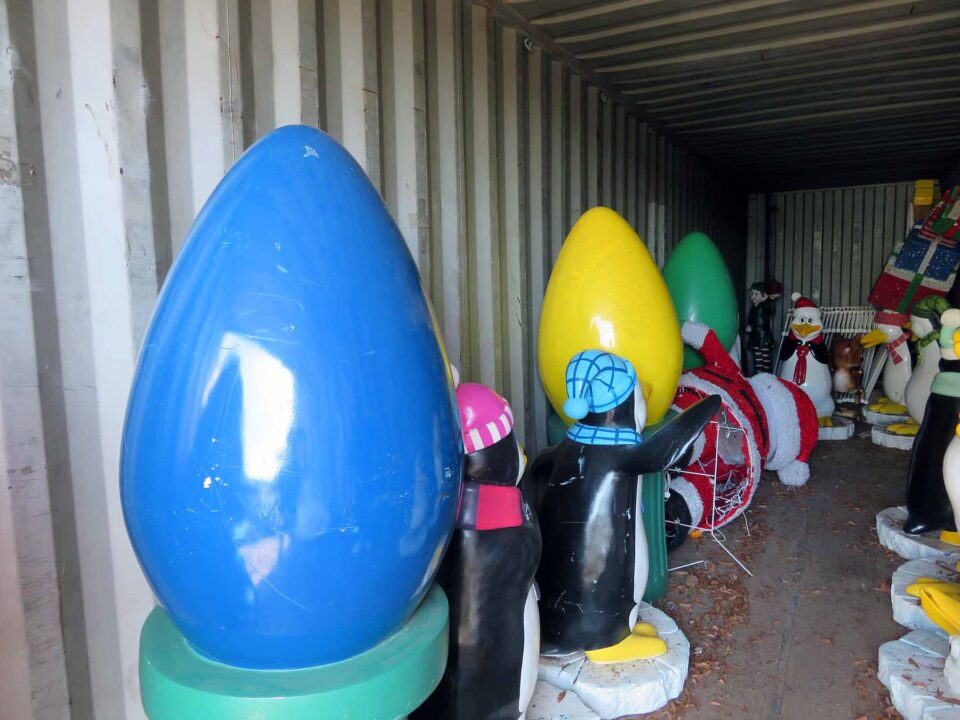 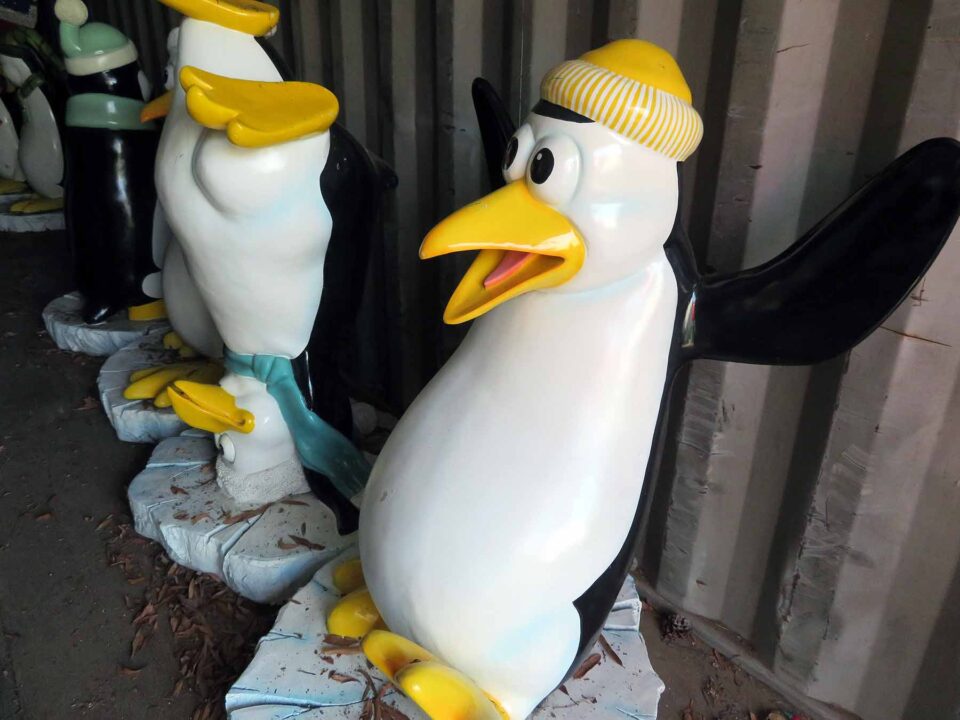 All of the WinterFest decorations, along with several other live event decorations are stored inside of a massive warehouse. The “elves” at Carowinds were hard at work decorating wreaths and trees for display. Each of the decorations is appropriately tagged, making its placement inside the park very easy. 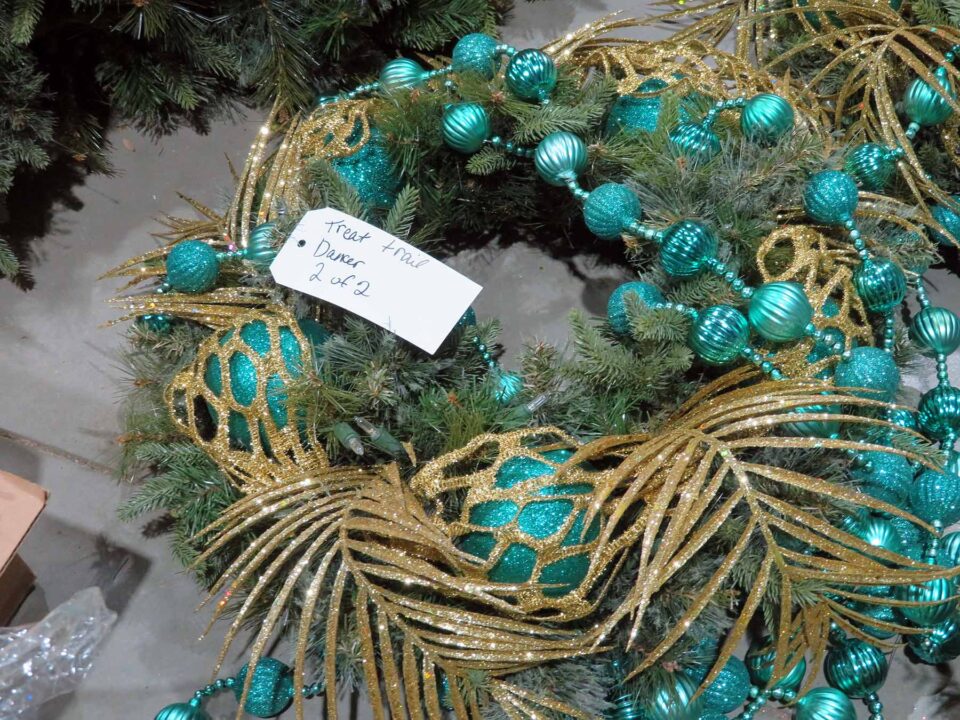 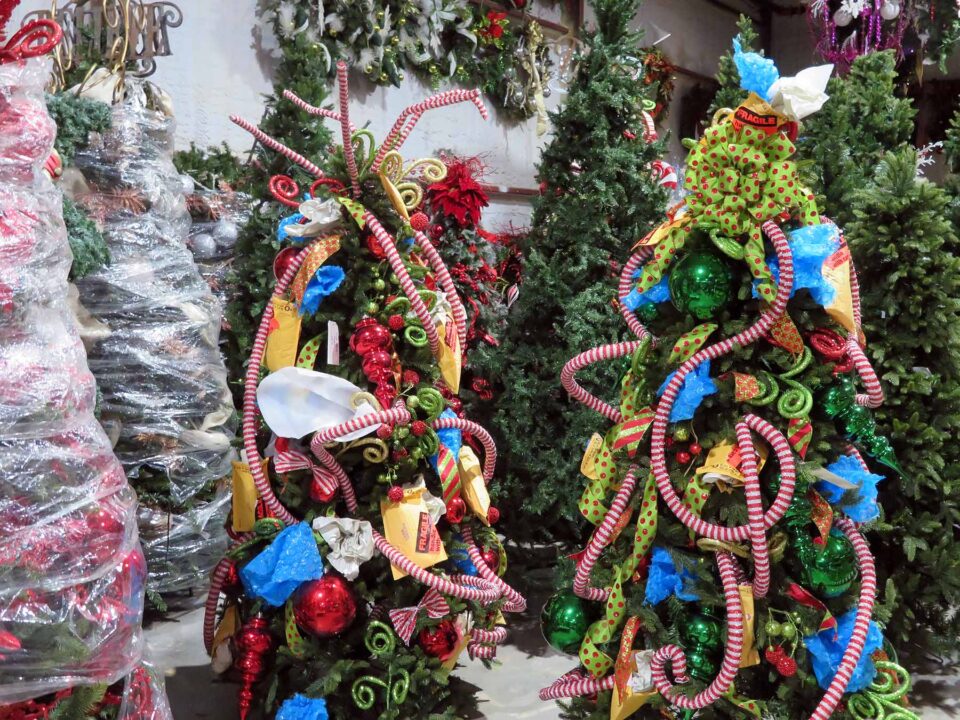 Wreaths and other decorations are stored everywhere in the warehouse. The “upside down” trees were previously displayed in the shade arbor, but this year, but will be in Harmony Hall this year. 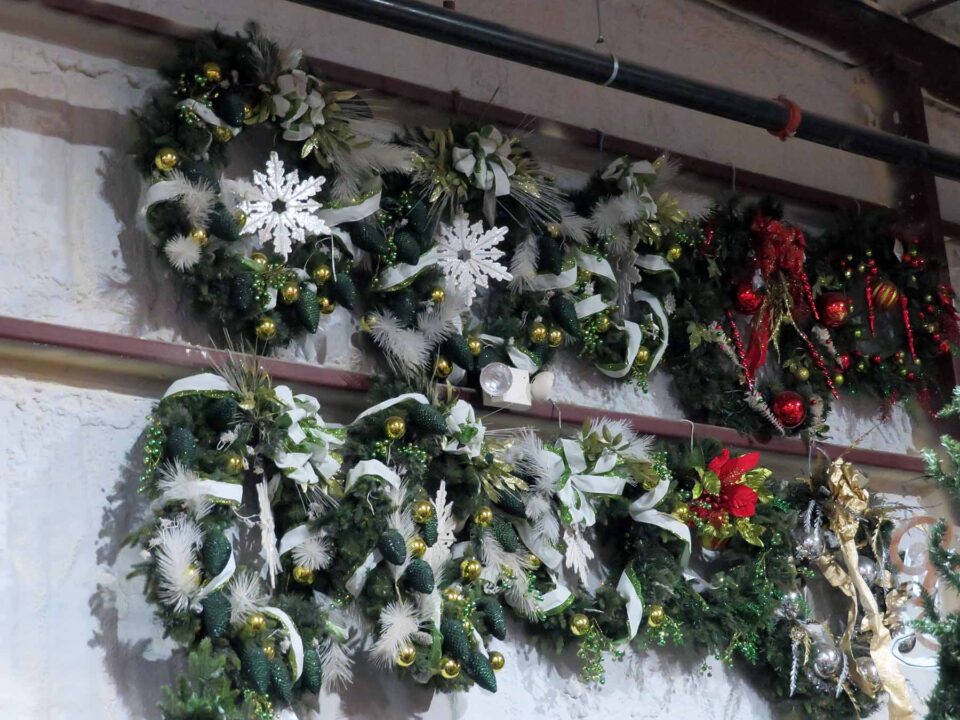 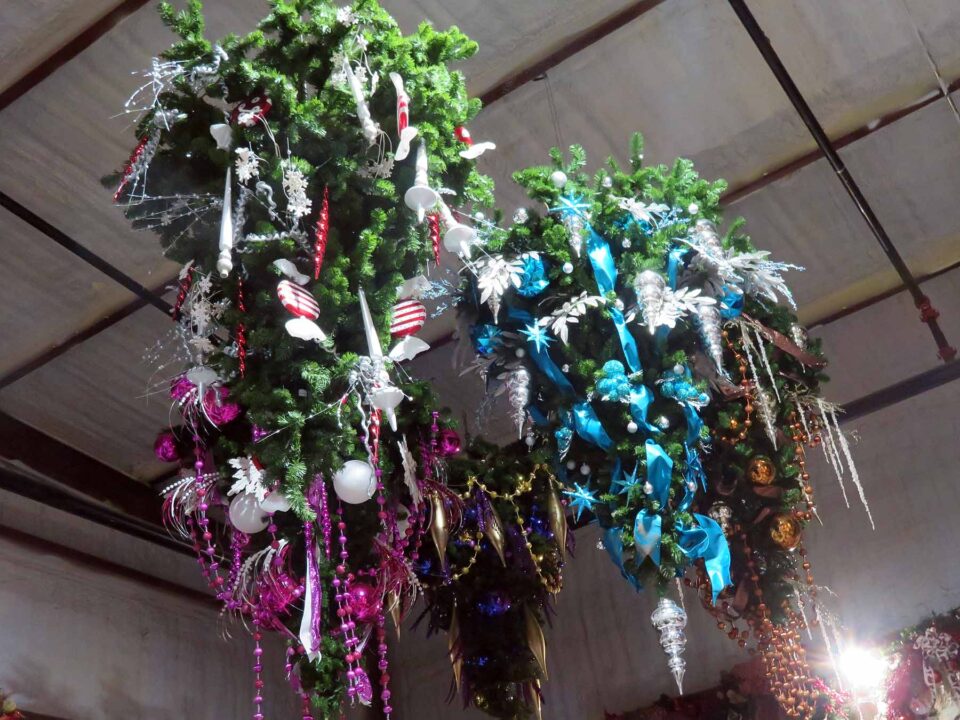 The below decorations are reused during WinterFest from other Carowinds events, including Grand Carnivale and the Great Carolina Fest. 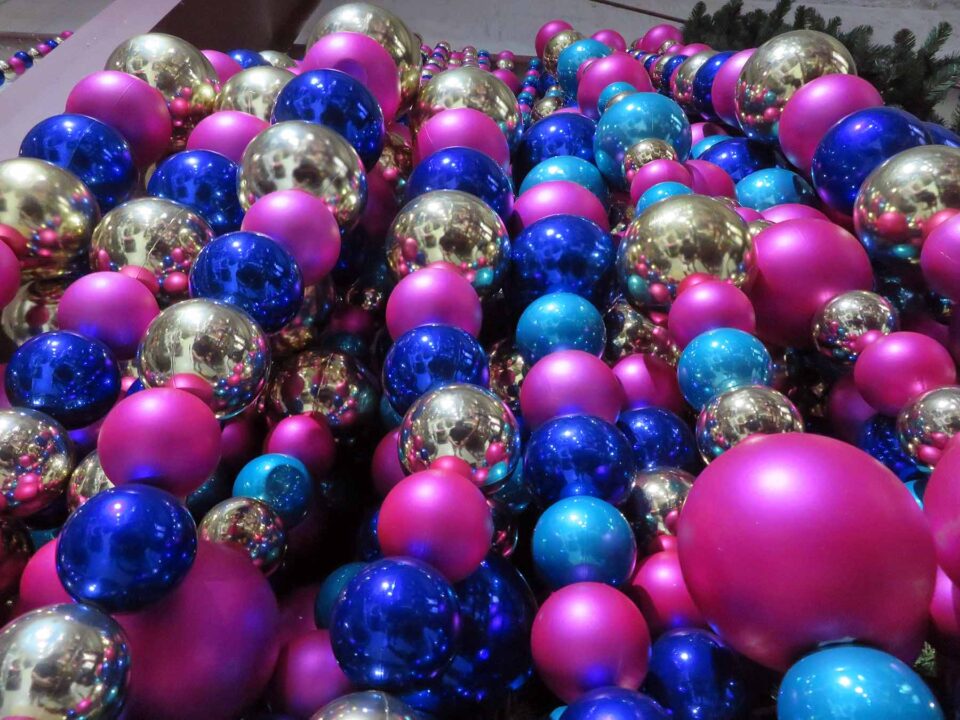 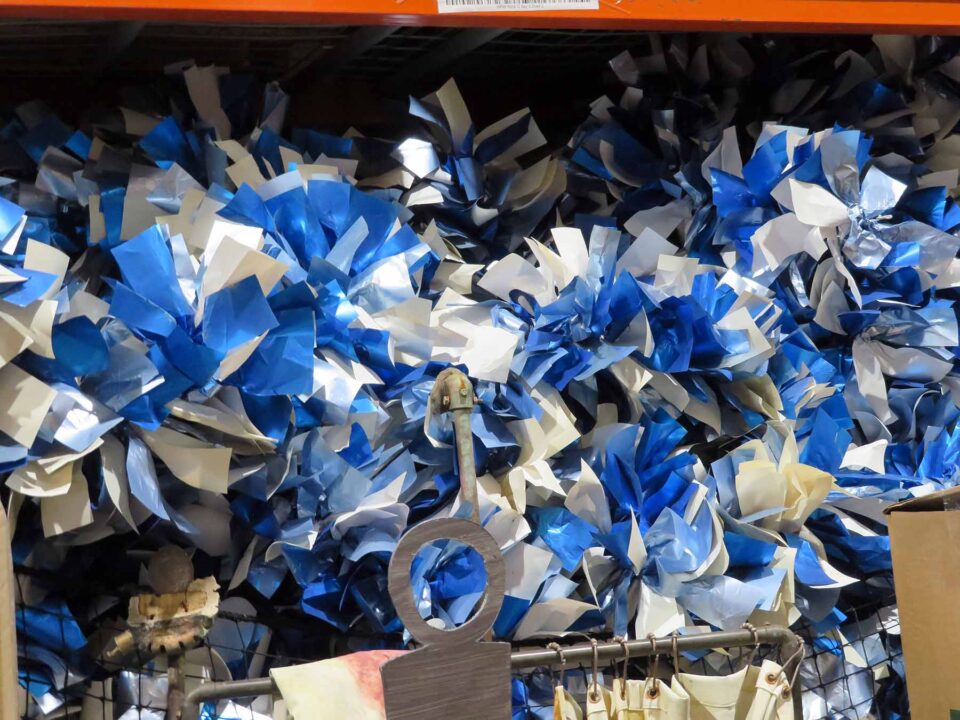 There are examples of each completed wreaths and decorations for locations throughout WinterFest so that duplicates can be created by the Carowinds team. 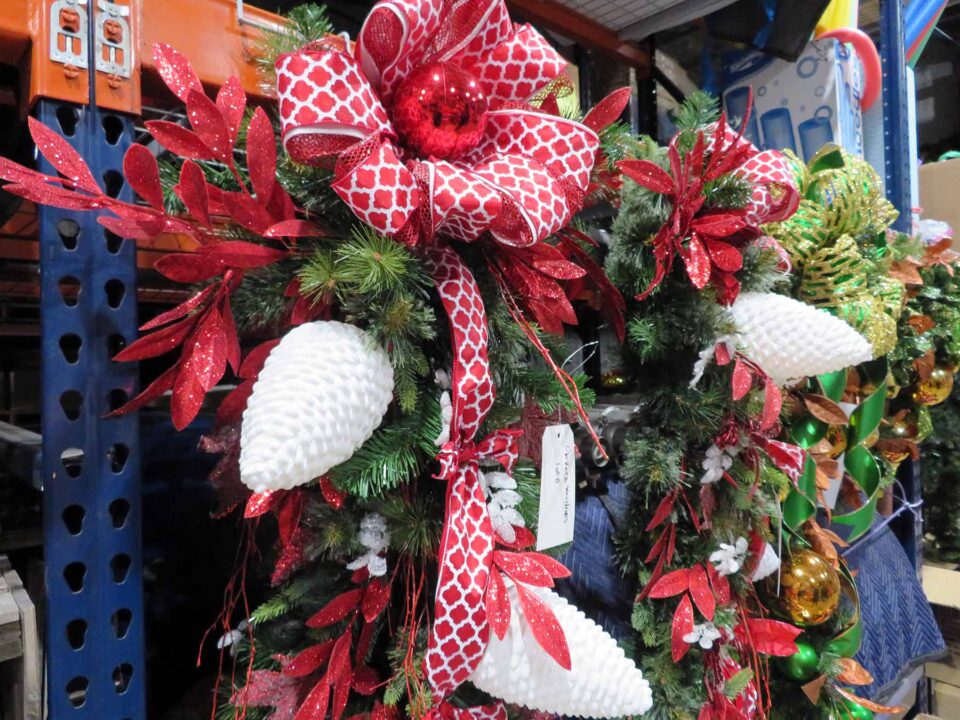 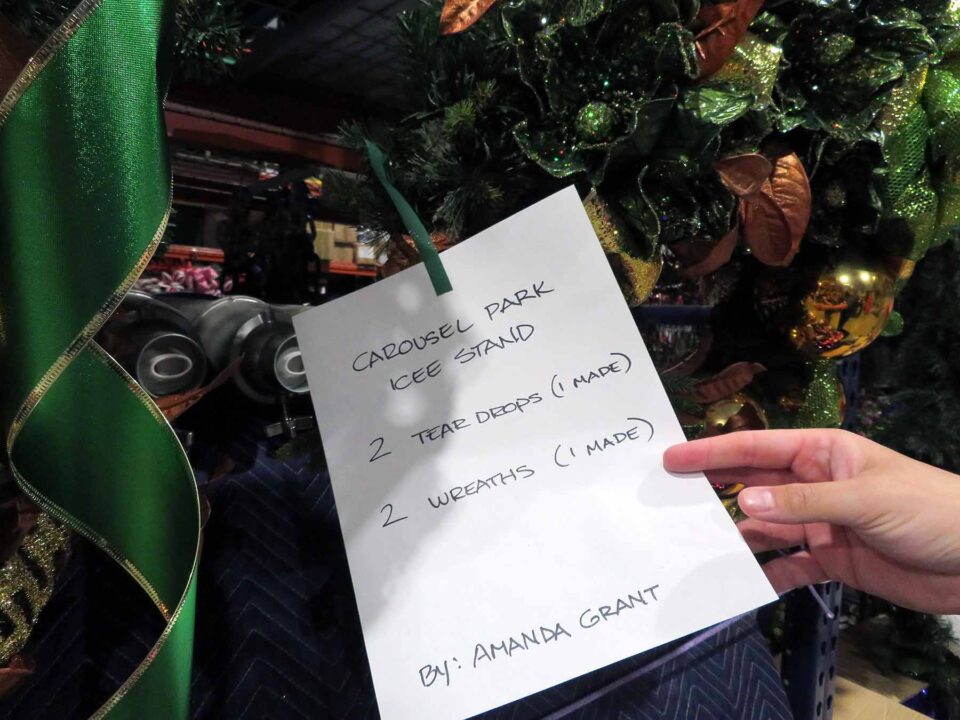 More trees prepared for display. These are ready for Mrs. Claus’ Kitchen, which takes place in Pier 73 this year! 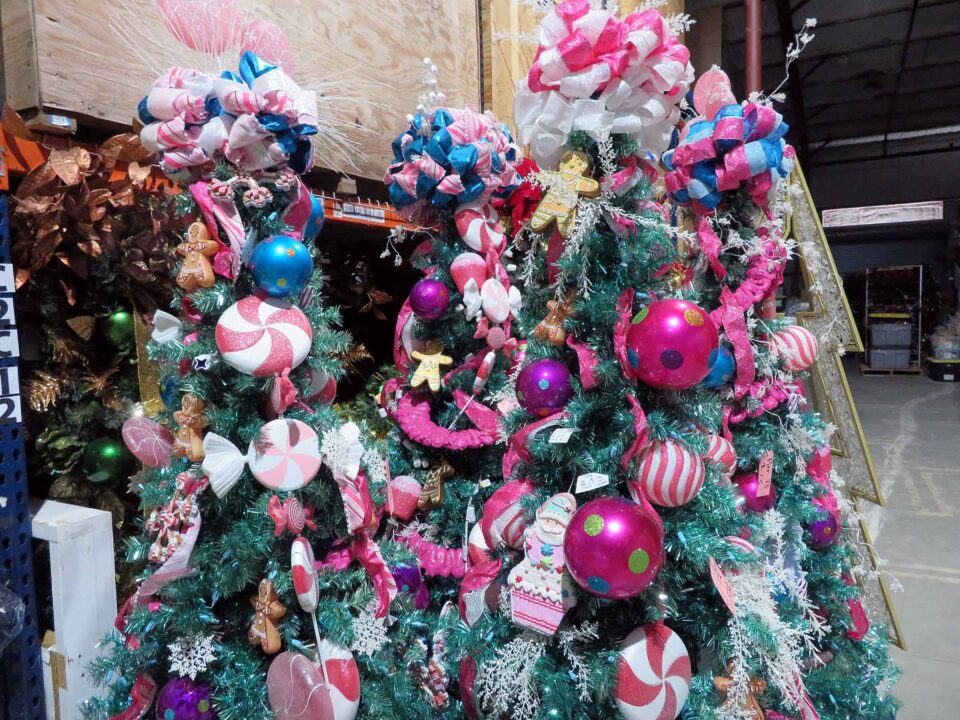 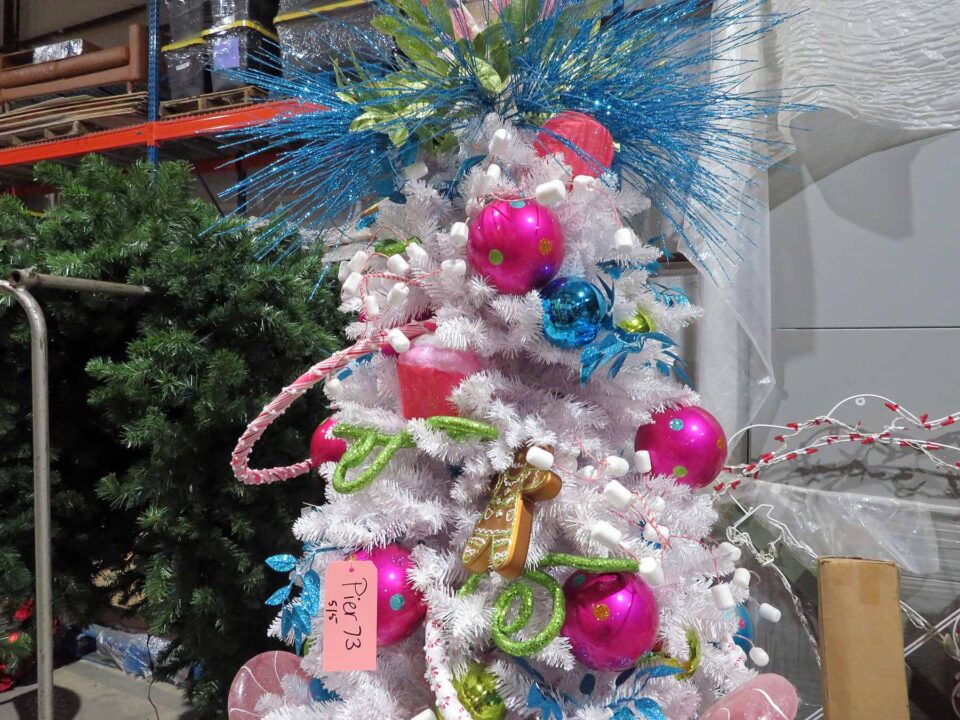 It’s not just Christmas wreaths and trees inside the warehouse. This warehouse puts the Christmas section of any major retailer to shame! 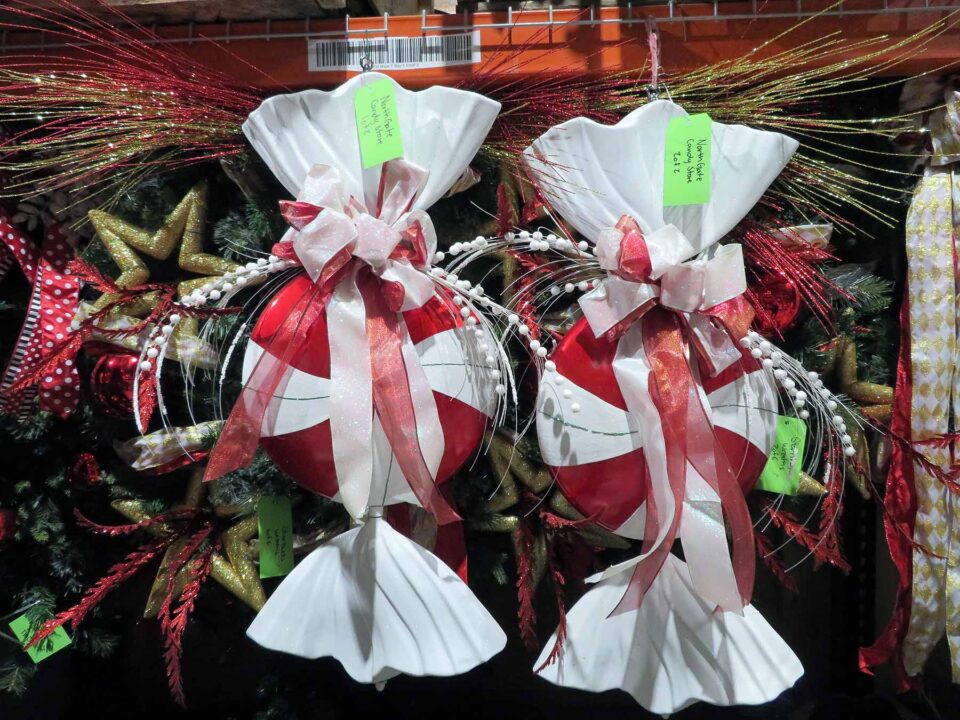 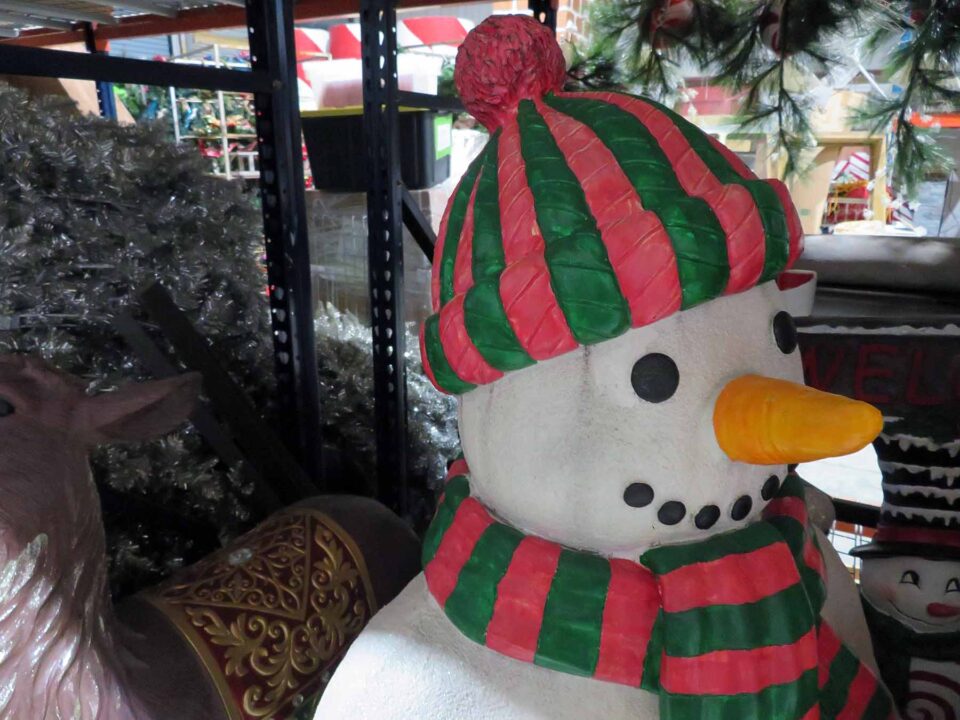 Garlands and baubles, anyone? 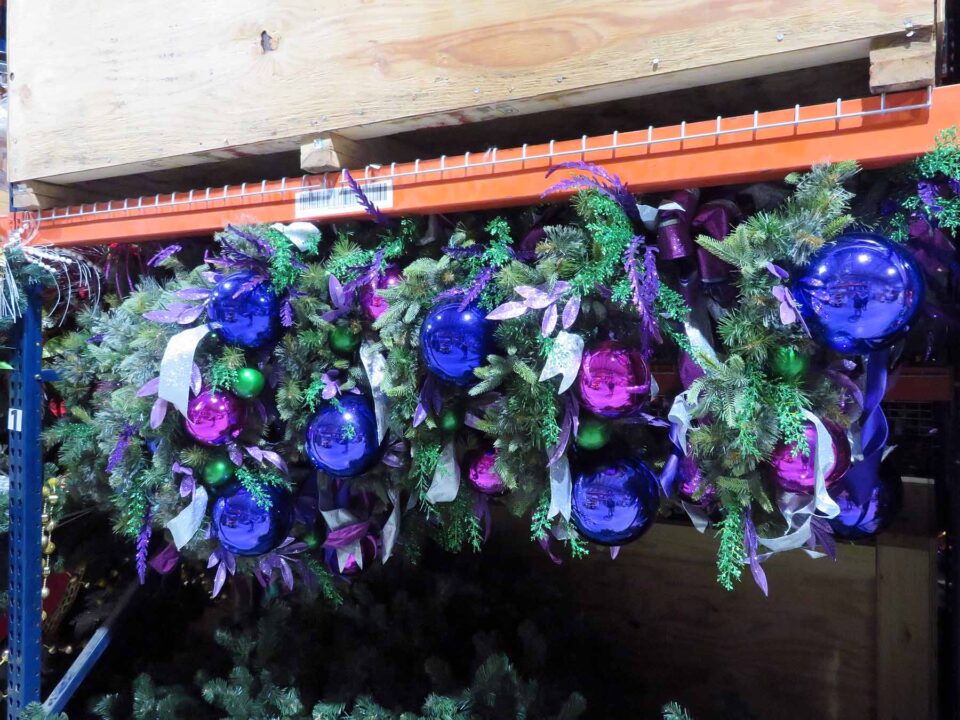 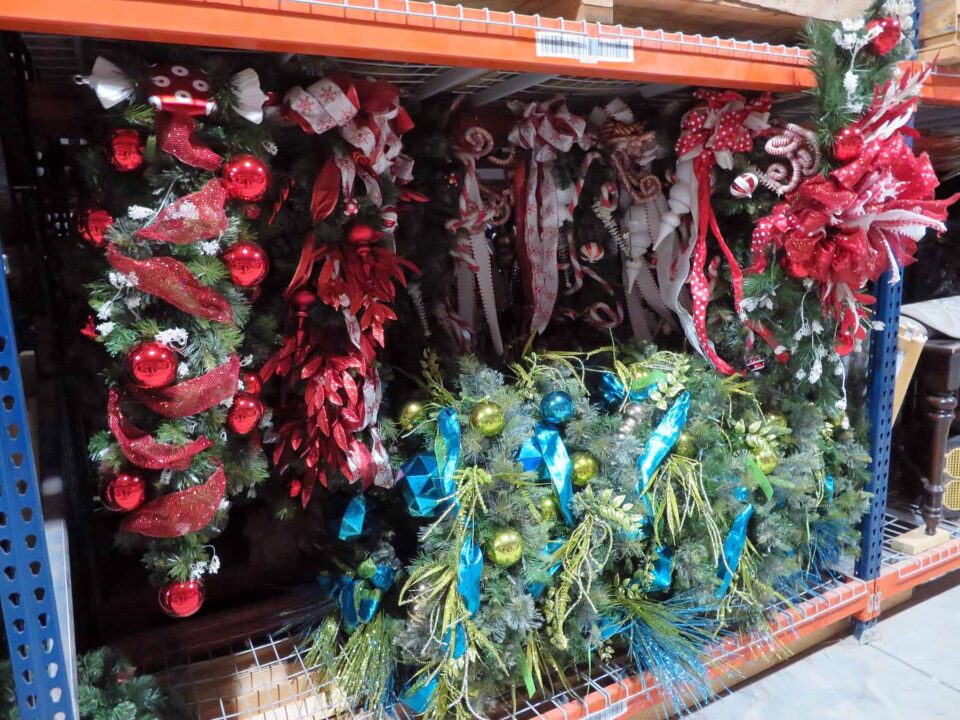 Some more holiday set pieces, including a giant nutcracker, Santa Claus, and Snoopy! 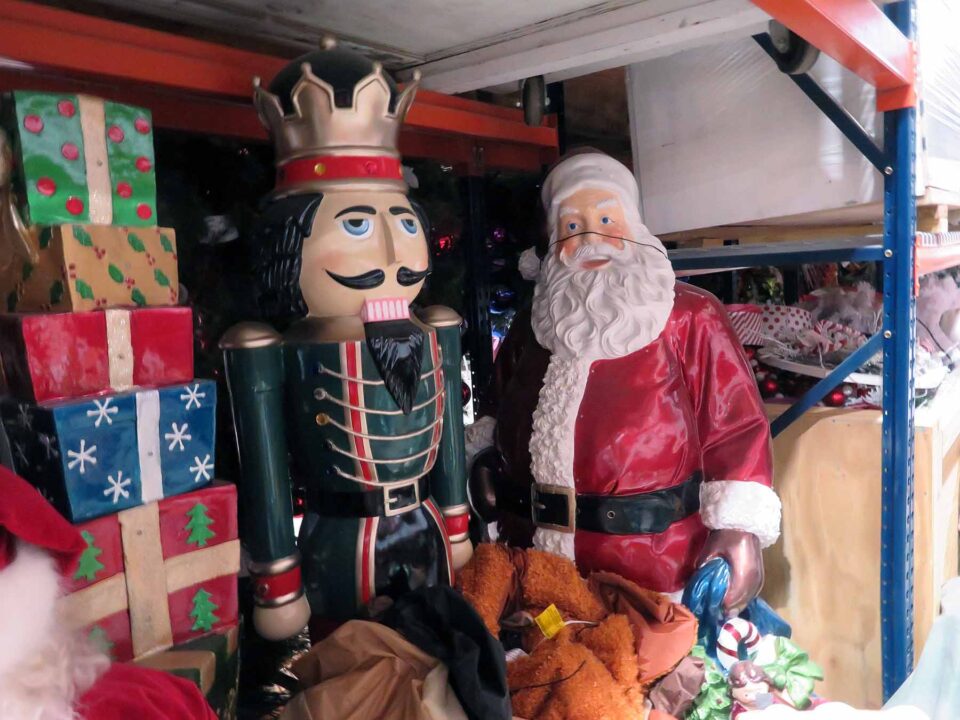 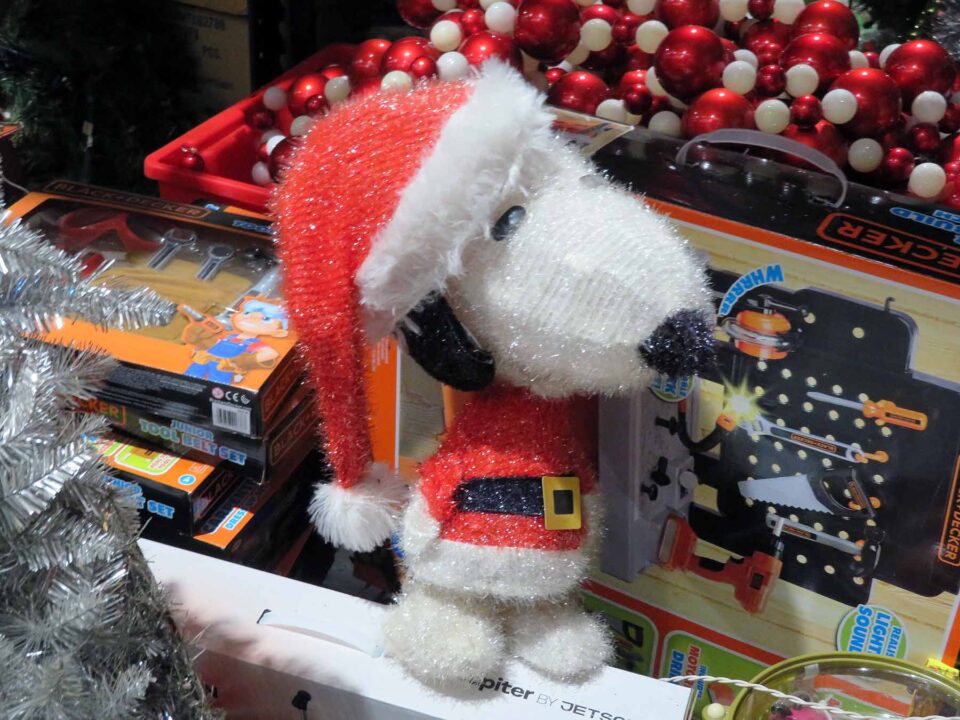 Set pieces had begun to exit the warehouse in mid-October, and were staged inside of Carolina Harbor’s picnic pavilions. 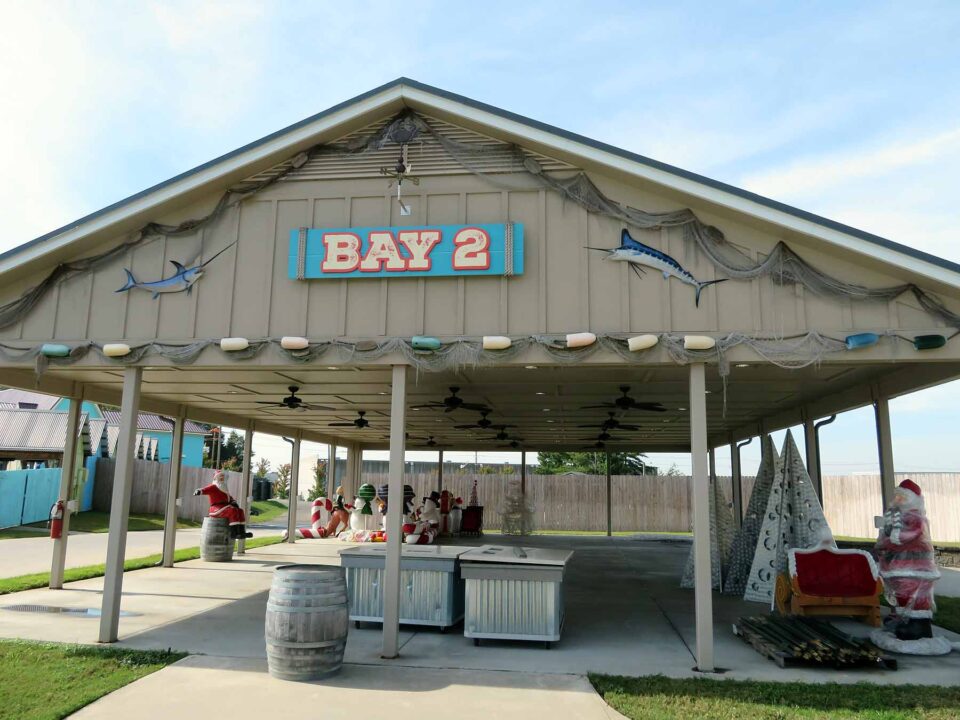 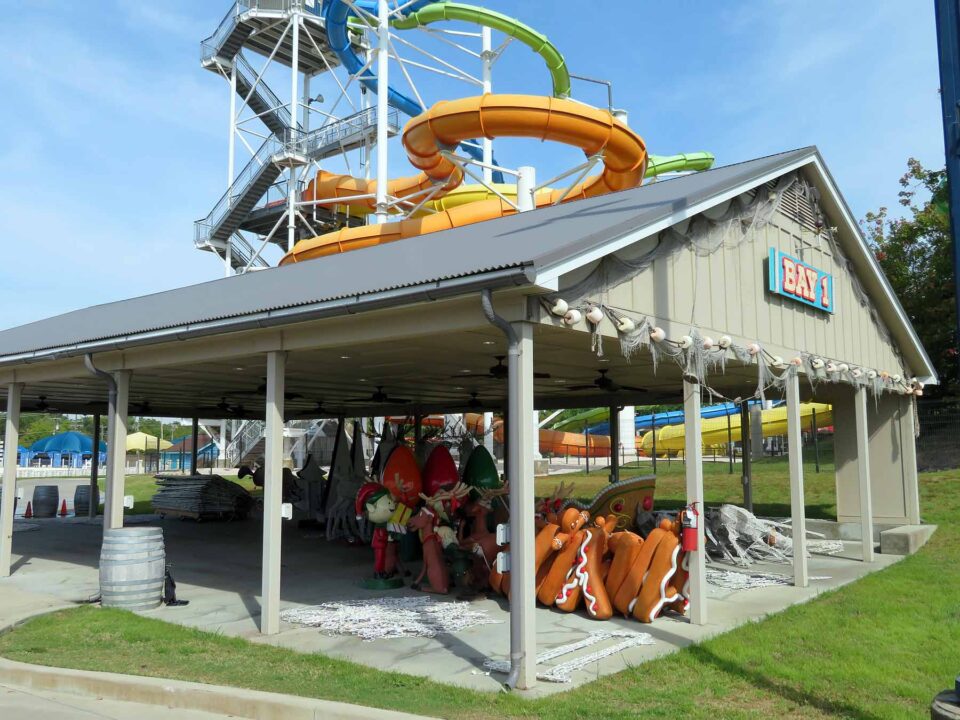 The best way to describe this feels like “organized chaos,” but there’s truly a place for everything, and everything is in its place. 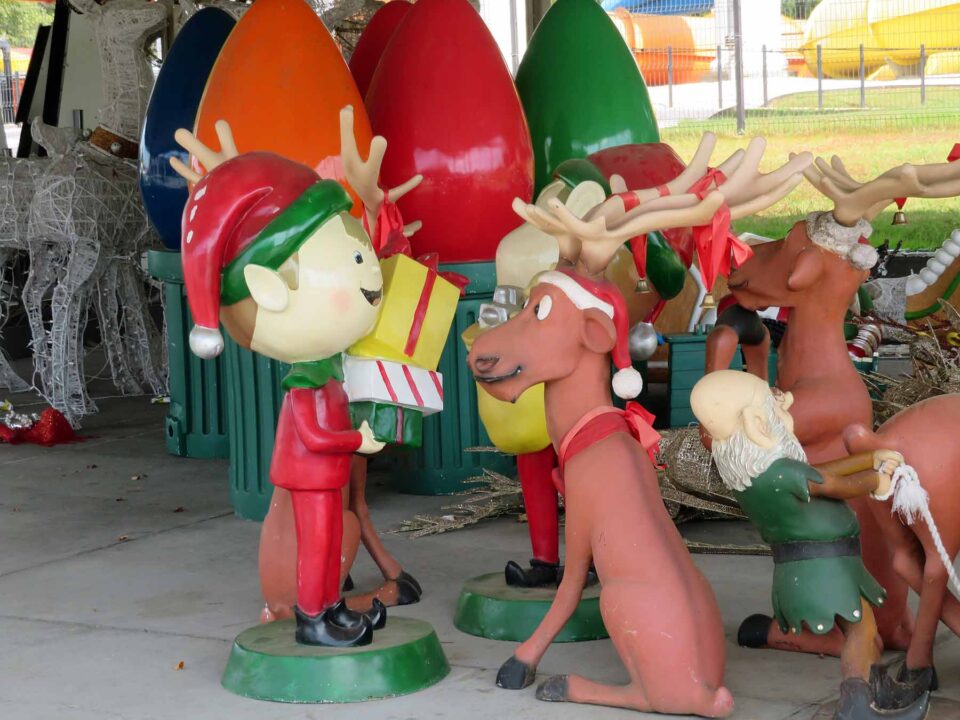 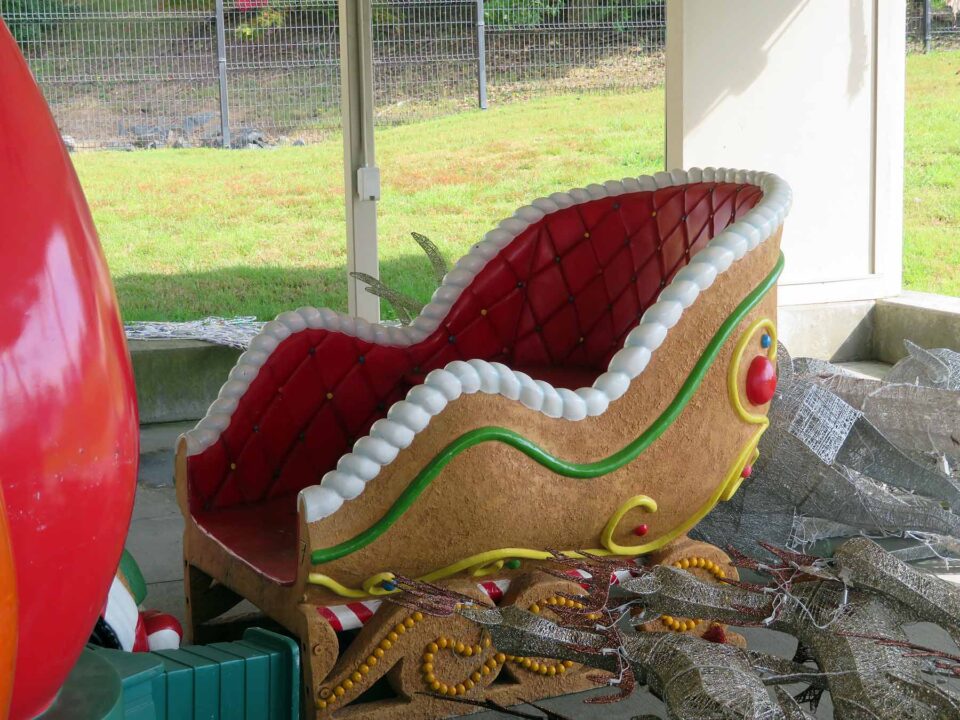 This isn’t Christmas decor related, but these geese had a front row view of the set-up. 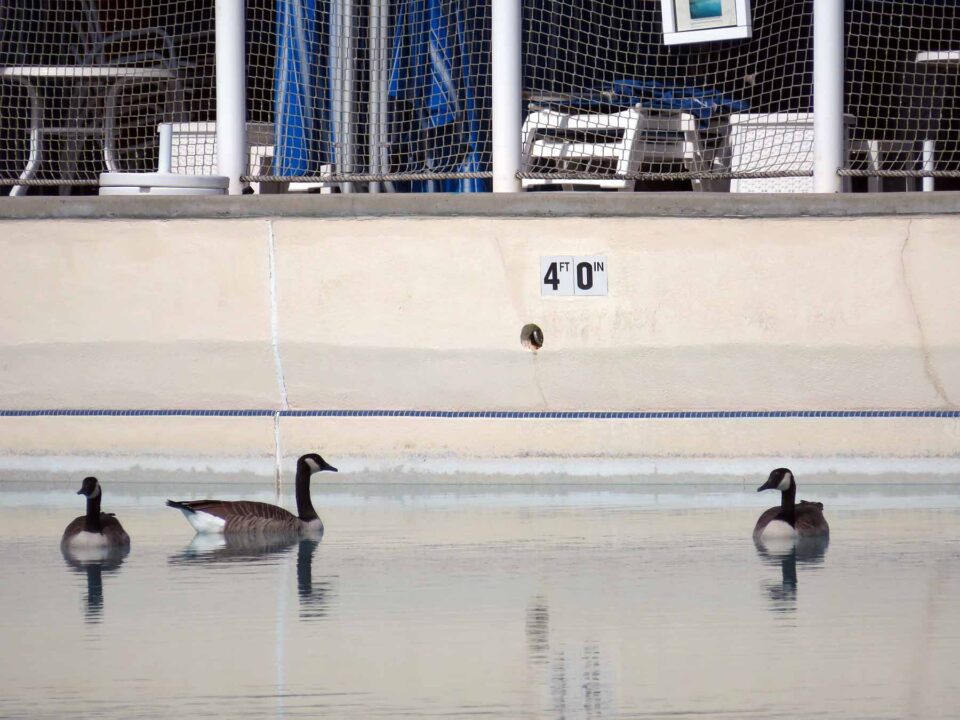 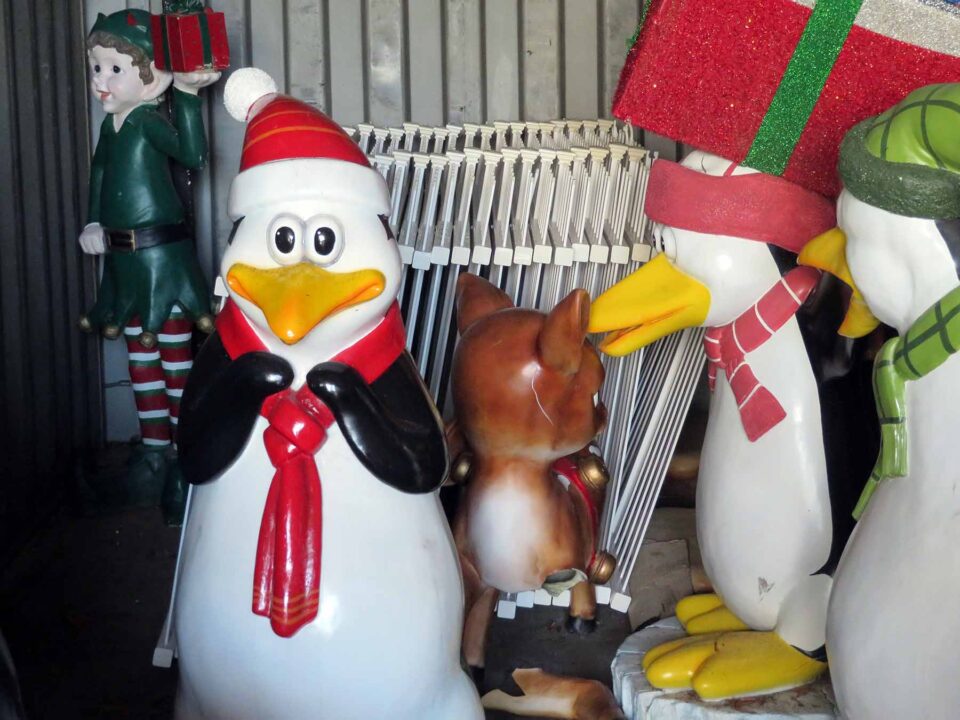