Seems like 2021 going to be a great IAAPA Expo for announcements. Following the news that Ride Entertainment will announce the next Infinity Coaster from Gerstlauer at this year’s expo, Sally Dark Rides is getting in on the fun, making a few announcements of their own! 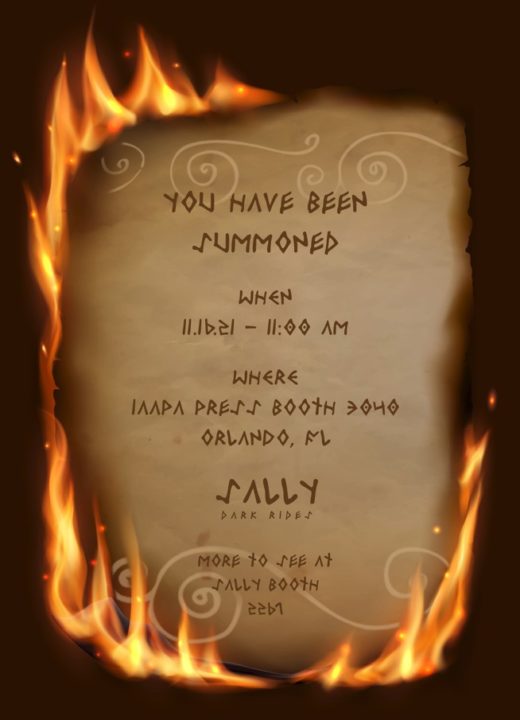 Sally has summoned the press for an announcement on Tuesday, November 16 at the IAAPA Expo. Their first invitation was a fiery attempt to drum up some interest for coverage, with a bit of a tribal font. This announcement takes place at 11:00am on the first day of the Expo. The second invitation could reveal a few more clues! 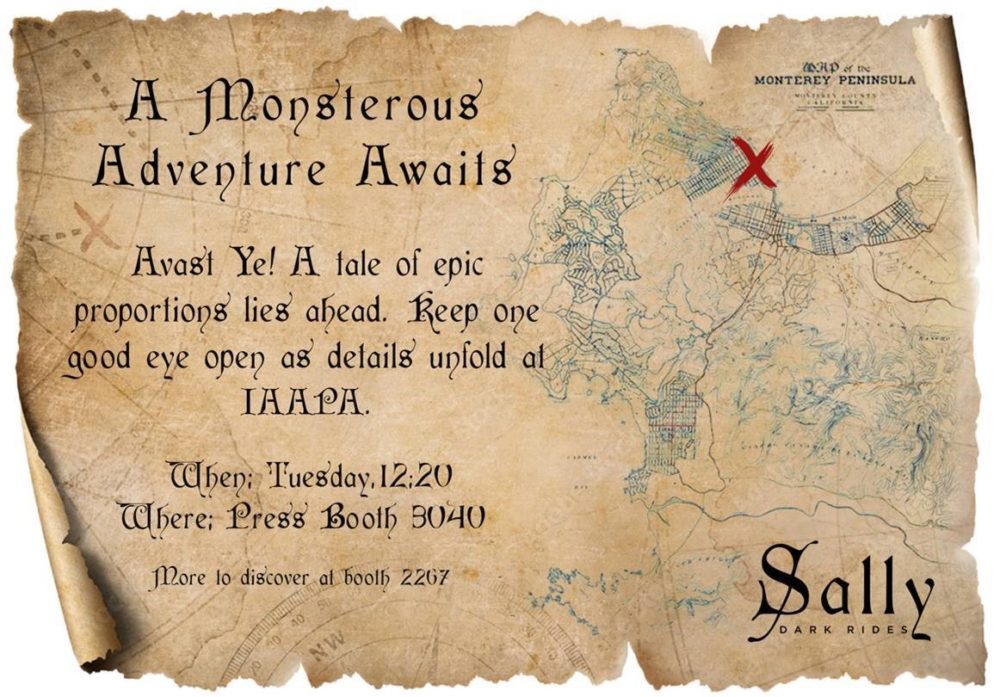 Written on what appears to be a treasure map, with X marking the spot, This announcement takes place at 12:20pm, also on Tuesday.

If you look closer at the map, you’ll see that it’s a map of the Monterrey Peninsula in California. While we can’t make out many of most of the map’s details, it appears this X could point to the Monterrey Bay Aquarium as an attraction in the area. More “traditional” amusement parks nearby include Gilroy Gardens and the Santa Cruz Beach Boardwalk. If you go a little further north, California’s Great America is also potentially in play.

While we probably won’t get the world’s first interactive Dark Ride at a Golf Resort – sorry Pebble Beach fans – this is definitely an announcement worth paying attention to. Fortunately, we won’t have to wait too much longer! More information will be available next Tuesday, and those at the IAAPA Expo are encouraged to head to Sally’s booth – #2267 – for more information!

What do you think Sally Dark Rides have up their sleeves? Let us know in the comments below!

For more information on Sally Dark Rides, be sure to visit their website!