20 Years of Fear: A History of Halloween at Kings Dominion

Your pulse rate soars to 200 beats per minute, and you’re too terrified to open your eyes. Five All New Worlds of Horror, including the Bloodbath, Mummy’s Revenge and Elvira’s Superstition, plus some of the world’s scariest rides. It’s the Mid-Atlantic’s most terrifying Halloween Experience! -2001 Commercial for FearFest Celebrating 20 years this season, what many know today as Halloween Haunt actually got its start at Kings Dominion as FearFest in 2001.

“Lightning strikes the Eiffel Tower,” read the Kings Dominion website that year. “Kings Dominion goes dark as ghostly fog rolls across the familiar fountains and haunting music fills the air. Ghastly creatures lurk in the darkened corridors of International Street when FearFest grips Paramount’s Kings Dominion every Friday and Saturday night in October as the park transforms for the first time ever into a terrifying expanse of shock, dread and terror!”

The first year of FearFest featured three mazes and two scare zones. Only open on Fridays and Saturdays in October, FearFest had a run of just eight nights its first year. Tickets were not included with season passes, but being a passholder did get you a little bit of a discount.

According to the park’s then-General Manager (and now Cedar Fair President and CEO) Richard Zimmerman, FearFest was born out of growing demand for Halloween events in the area.

“FearFest promises to be the biggest and scariest of them all with the emphasis on frightening fun,” he said in a 2001 press release.

One of the mazes the first year of FearFest was known as The Freezer, the “coolest” attraction at FearFest. According to Kings Dominion lore:

“The icy, steel walls of this asylum entrance are guarded by butchers, who apparently have just completed a day’s work. Chain link and mirrors compose this most challenging maze. Don’t be surprised if you NEVER find your way out! But, fear not. They’re sure to send something in to find you.”

The other two mazes in 2001 were The Asylum and Blue Ridge Bloodbath, which continued through 2010 and 2015, respectively.

From 2002-2006, with the event now included in the general admission ticket and season pass price, FearFest continued to evolve, with new mazes and scare zones coming and going throughout the years. Haunts themed to Paramount properties like Friday the 13th made appearances alongside scares like Maze of Madness, Psycho Path, Curse of the Crypt, Freakshow in 3-D, Dracula’s Haunted Castle, Headless Hollow, and R.L. Stein’s Fear Street Nights (which, like Blue Ridge Bloodbath, took over the Blue Ridge Tollway). Shows such as Elvira’s Superstition and Fun House Express took place in the Action FX Theater. 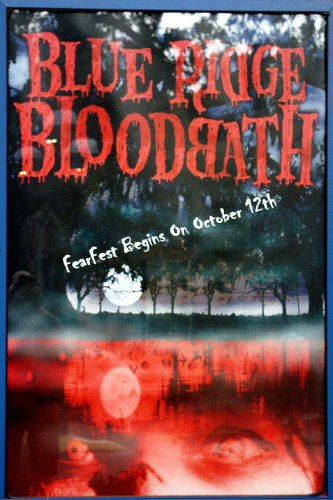 In 2007, following Cedar Fair’s purchase of the Paramount-branded parks, including Kings Dominion, the Halloween event was renamed from FearFest to Halloween Haunt. Kings Dominion added four new mazes in 2007: Alien Outpost (inside Flight of Fear); Club Blood (inside Hurler’s infield); Blackbeard’s Revenge (in the Shenandoah Lumber Co. queue); and Blood Shed (the Arcade near Grizzly). Those mazes joined Maze of Madness, Freak Show in 3-D, and Blue Ridge Bloodbath to round out the maze lineup. 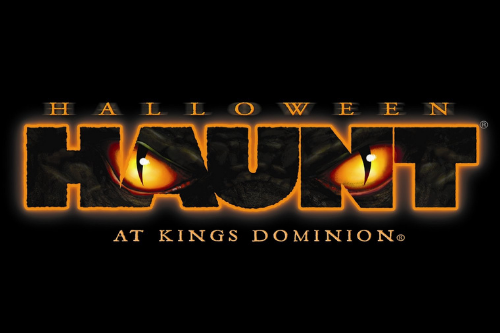 The Halloween Haunt line-up continued to change year after year, with mazes and scare zones being added or rethemed over the years. Mazes including Toxic Plague, Big Top Terror, Medieval Macabre and Slaughter House, were added in 2008 and 2009. In 2011, Cornstalkers, Kings Dominion’s longest current running haunted maze, made its debut, and in 2012, between mazes, scare zones, and shows, there were more than 20 haunted attractions waiting for you at Halloween Haunt! 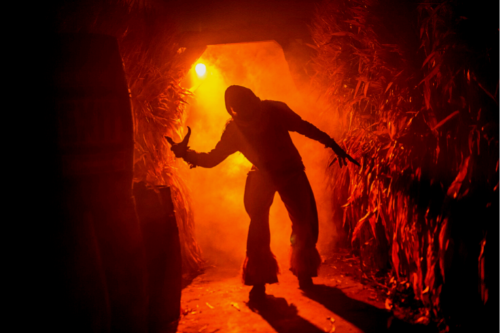 “Every year Halloween Haunt at Kings Dominion gets bigger and the fear continues to grow, providing our guests with the best Halloween scare in the region,” said Pat Jones, who at that time served as vice president and general manager (and today is a senior vice president at Cedar Fair), in a 2012 press release. “I can promise our guests this year there’s more to fear.”

In 2017 and 2018, Kings Dominion finished in second place in the voting for USA Today’s 10Best poll for best Halloween Event.

Along with Cornstalkers, Kings Dominion’s current lineup of haunted mazes were added in 2016 (Trick or Treat), 2017 (Blood on the Bayou) and 2018 (No Vacancy: Condemned), respectively. They’re joined on the midways by scare zones Cleaver Brothers Carnival, which made its debut in 2012, as well as Masquerade and Pumpkin Eater, which both were first introduced in 2019. 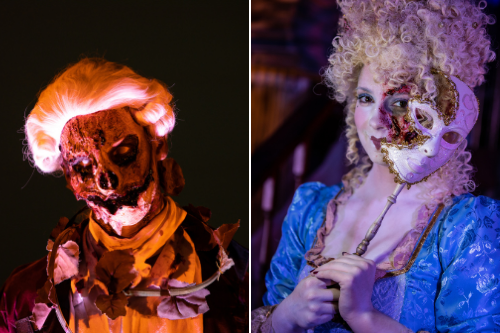 After a year off in 2020, Kings Dominion Halloween Haunt is back and scarier than ever, to celebrate “20 Years of Fear.” Joining the lineup will be a new maze, a new scare zone, and four new live shows. In the new GrimmWoods maze, guests will take a journey over the river and through the woods with the tales of the Grimm brothers, encountering Red Riding Hood and the Big Bad Wolf, Hansel and Gretel and the hungry witches of the woods and more. While in the new Uprising Scare Zone, the undead have taken over Safari Village. Will their uprising be your downfall? 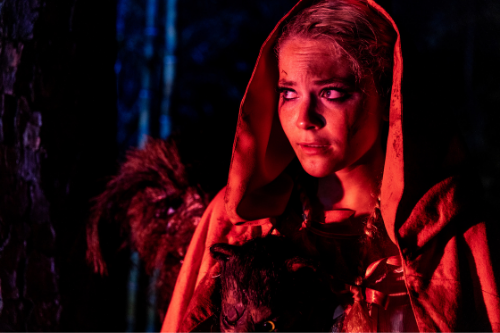 We hope you’re ready, because 20 years’ worth of fear are waiting for you.