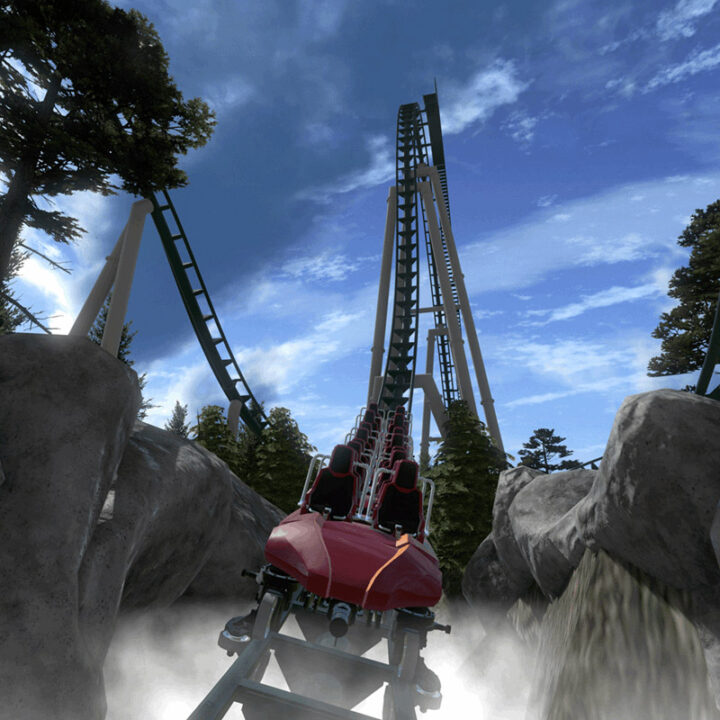 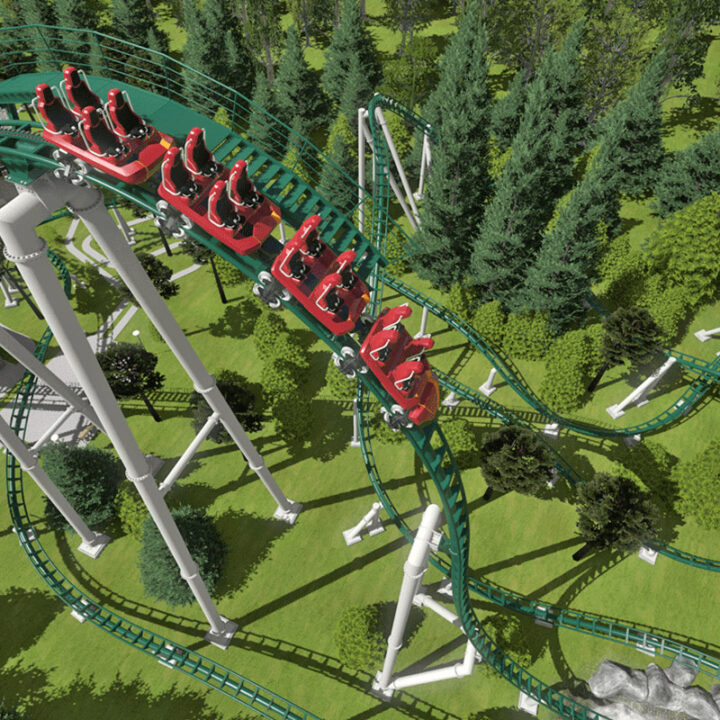 The coaster will stand 131 feet tall with an 80-degree drop. Riders will reach a top speed of 59 mph. Themed to a Phoenix, the park says the coaster will be the “undisputed fastest bird in any Danish forest.” 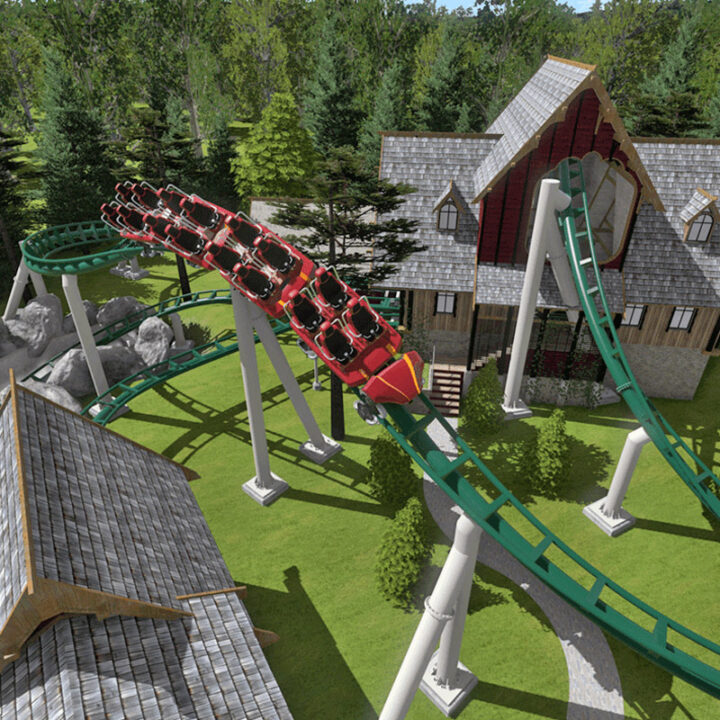 Fønix will pack 14 airtime moments along its 2,969 feet of track, making for just over 9 seconds of combined airtime. 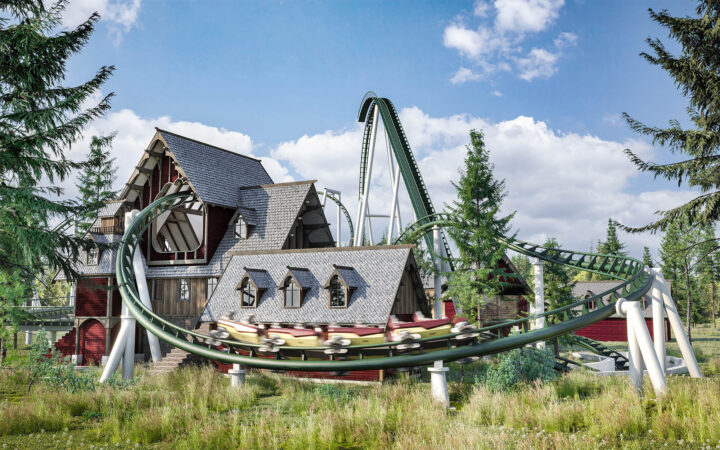 A corkscrew will pass through the coaster’s station building.

Riders will be inverted three times: a heartline roll, a corkscrew (that passes through the coaster’s station) and the world’s first “stall loop.” 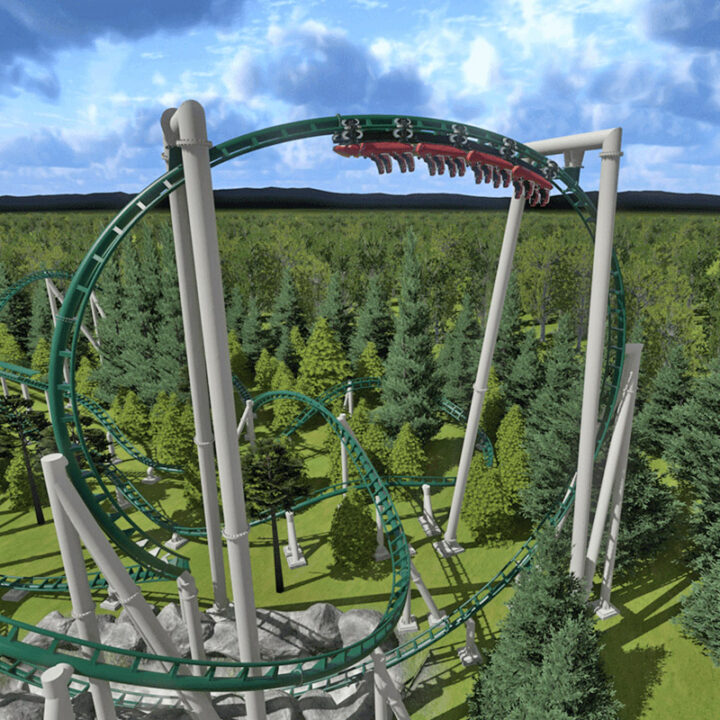 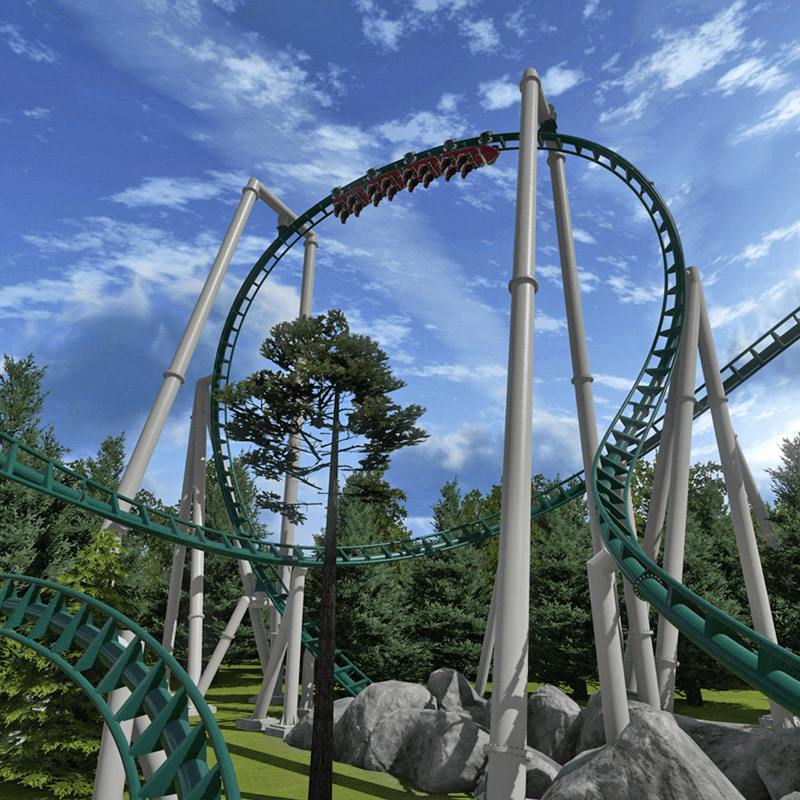 The park describes the stall loop element as “combining the all-time favorite classic looping with the inverted stall into one new unique element.”

In this new element, the train is forced into an overhead position by half a loop followed by an inverted camelback where the riders experience a period of 2.5 seconds of weightlessness before entering the second half of the loop combined with a twist.

The below graphic shows another angle of Fønix’s twisted layout: 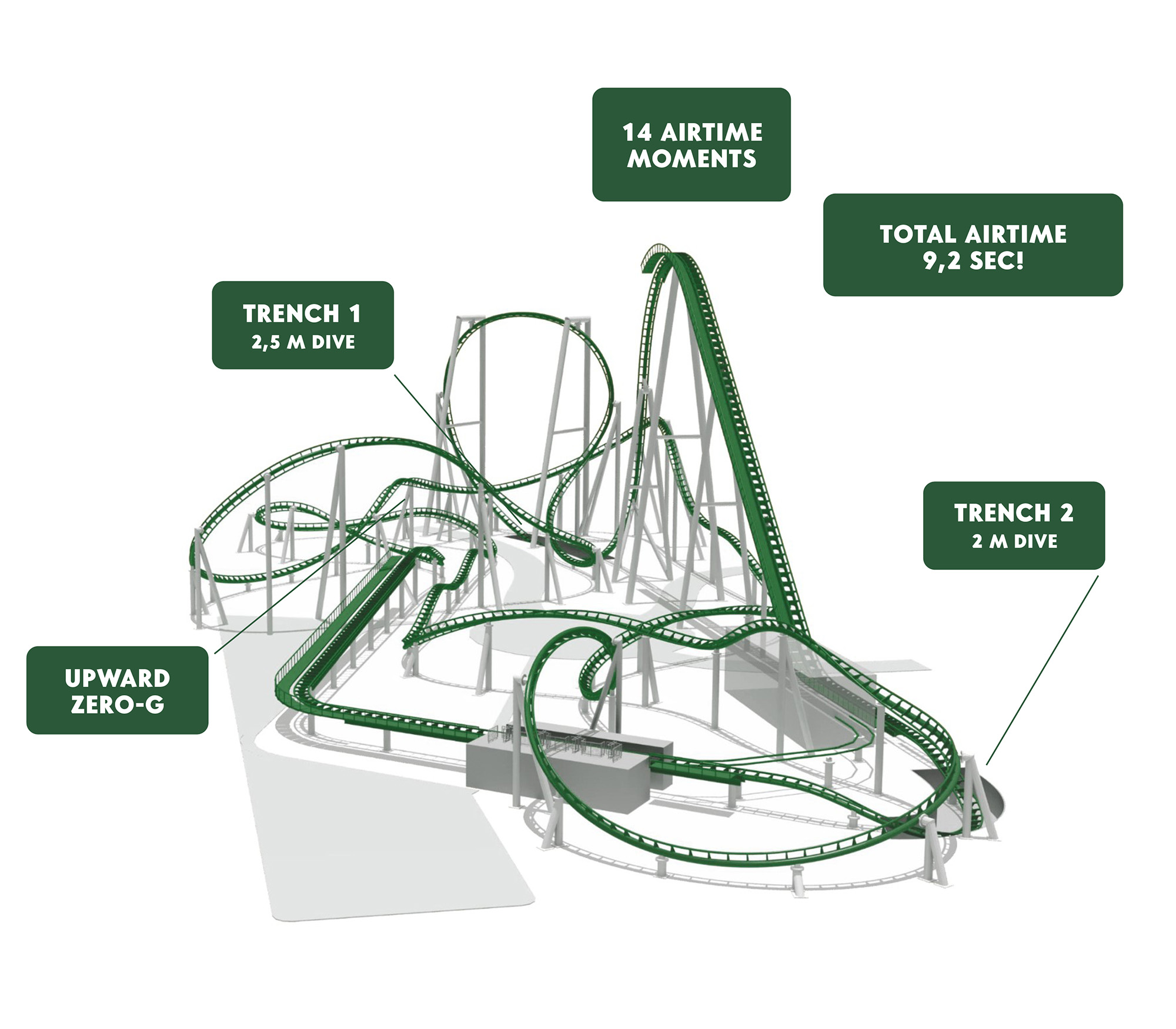 The coaster’s two trains will each seat 16 riders (four cars each with four seats). 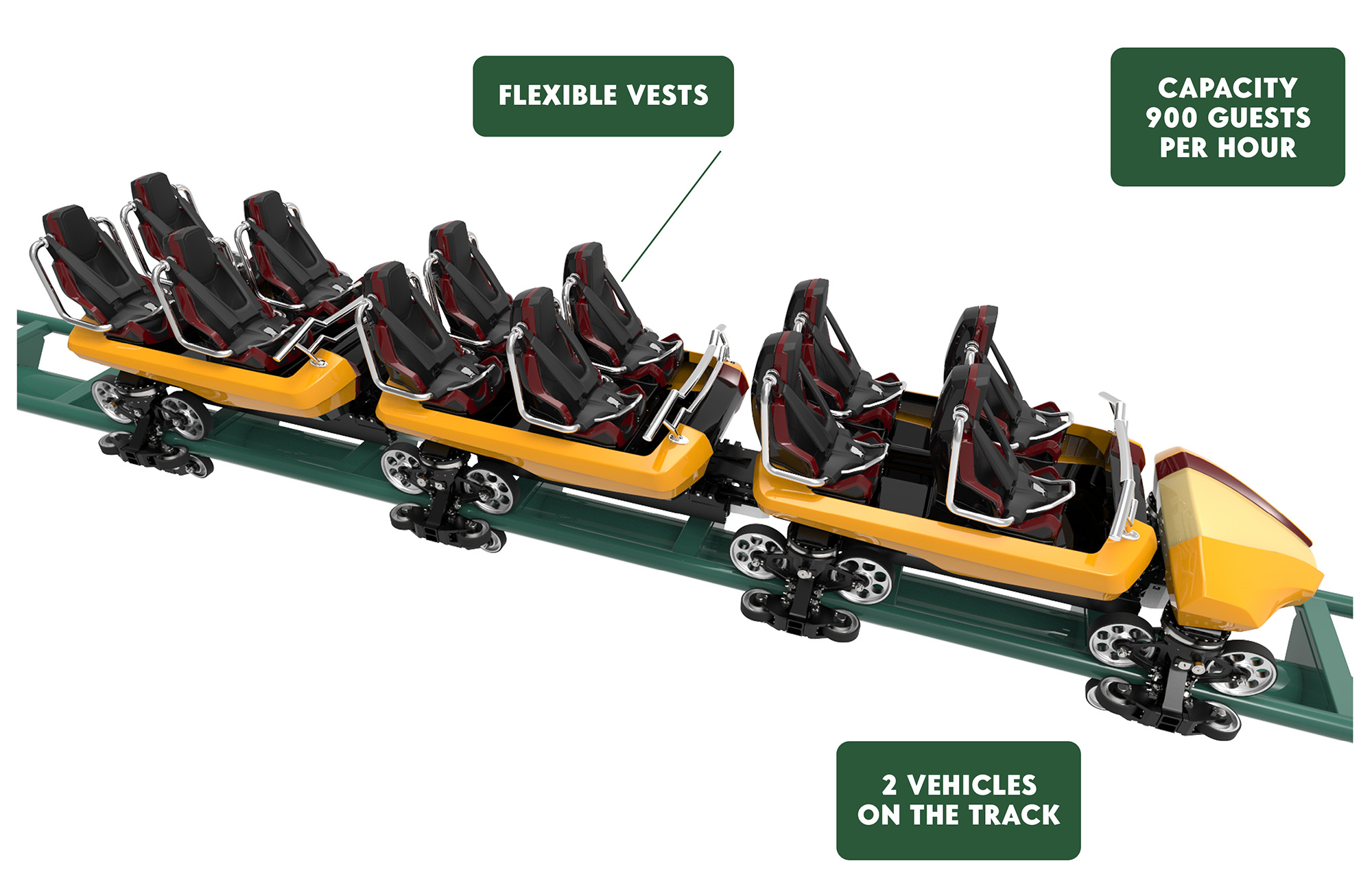 Its estimated capacity is 900 riders per hour.

Watch an on-ride POV video of Fønix below:

The park also released a 360-degree on-ride video (I recommend watching it from a mobile device for the best effect):

The following video from Vekoma contains off-ride footage of Fønix as well as the on-ride video:

Fønix will be Fårup Sommerland’s 8th roller coaster. It is expected to open by April of 2022.

What do you think about Fønix? Share your thoughts in the comments section below.