California’s Great America is set to re-open to the public on May 22 — with passholder previews May 15 and 16 —after being closed all of last season. During the extended closure, the CGA team has been busy making changes and touch-ups throughout the park. While we’ve been covering the biggest project, South Bay Shores, throughout the year, we wanted to highlight some of the other changes you’ll find when you make your first visit of the year.

The classic opening day attraction is getting a major overhaul. Not just a fresh coat of paint, Orbit (originally Orleans Orbit) is getting an all new color scheme. It’s also getting new lighting, and a refurbished station. When we visited the park a couple of weeks ago the cars were all pulled off the arms. It’s likely not going to be ready for opening day, but should be soon after. With all of the attractions down in Orleans Place having been re-done recently, it’s exciting to see the neighboring land start to get some work too. 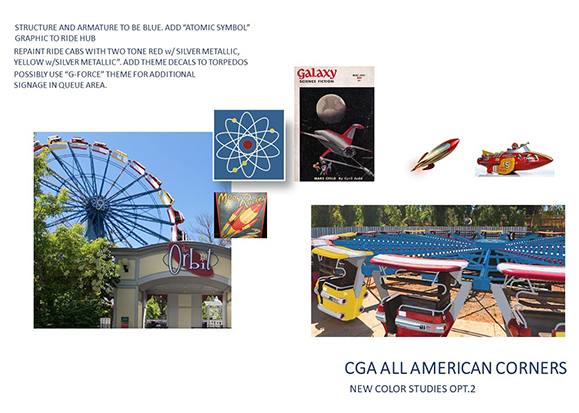 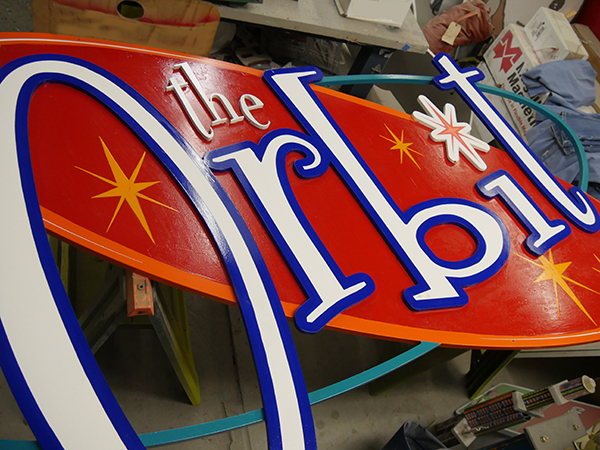 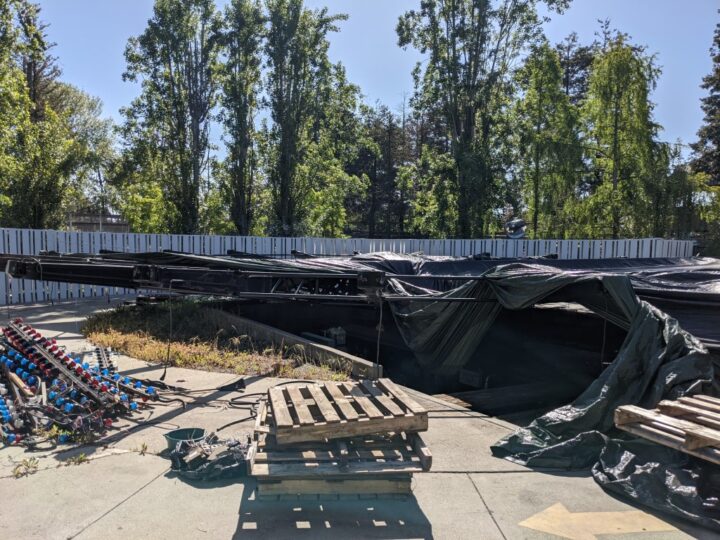 Orbit in pieces, expect it back soon with brand new colors.

2. Return of classic effects on Demon

The park is bringing back classic effects on Demon (another sort of opening day attraction). Great America did a little bit of this a few years ago for Halloween Haunt with Demon Reignited, and now it looks like it’ll be permanent. They’ve brought back lights and fog in tunnels and the waterfall before the double corkscrew. 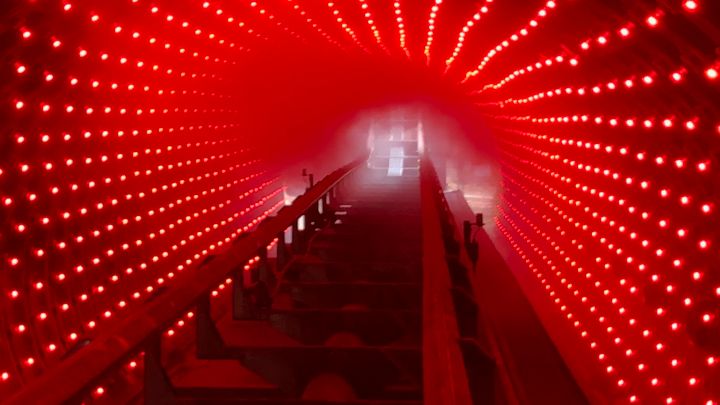 New lighting and fog in the Demon tunnel!

Flight Deck’s long forgotten queue is coming back! Long time California’s Great America fans will remember the little details from the Top Gun line, with sets designed to look like the interior of an aircraft carrier, and props on the outside like rotating radar dishes. So, the park took advantage of the long offseason to restore of these little vignettes and once again set the scene of a working aircraft carrier! 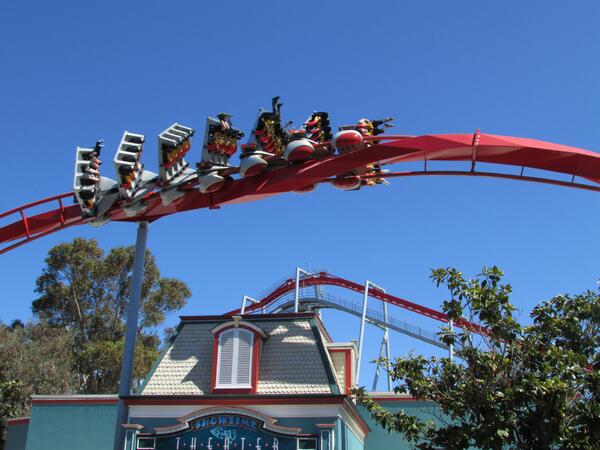 Flight Deck’s queue is getting some love this offseason!

4. New coats of paint and aesthetic improvements on buildings throughout the park

Building facades at the front gate, in Hometown Square, and in Orleans Place all received some extra attention during 2020. You’ll find new paint and signage on rides, like on Delta Flyer and Rue le Dodge. 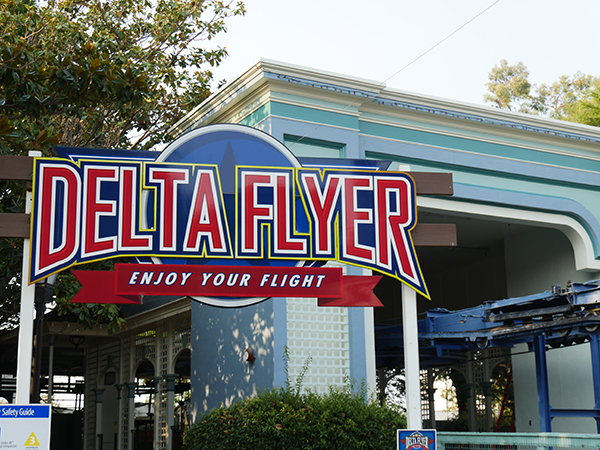 You’ll also see changes to buildings. A new Panda Express location in Hometown Square has been re-designed with outdoor shade coverings and a more “cafeteria like” line inside. The new building meshes with the neighboring Starbucks that was redone a few years ago. While we generally discourage eating at chains in the parks, the new building looks much better.

From our views during our recent tour of South Bay Shores we got to catch glimpses of projects in neighboring Camp Snoopy. The little Pumpkin Patch ride got a fresh coat of paint, and Sally’s Love Buggies were in the shop getting redone. Woodstock Express, the classic steel kiddie coaster from 1987, also got a new color. It’s now brown, making it hide a little more in the wooded area it’s in behind South Bay Shores. 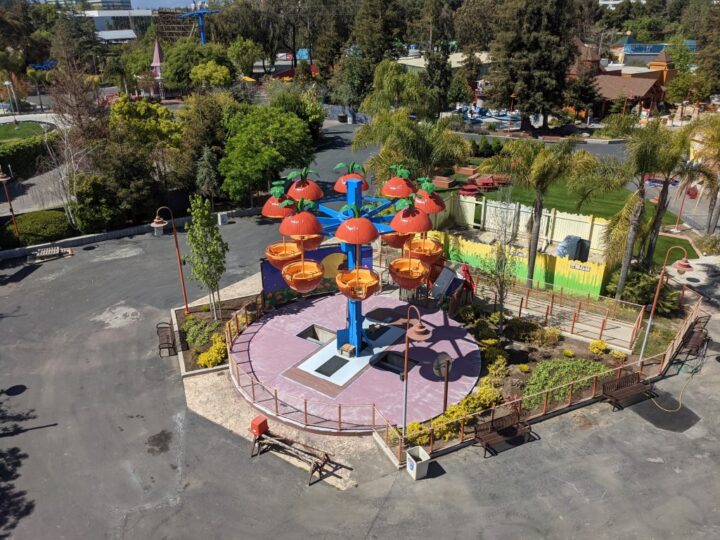 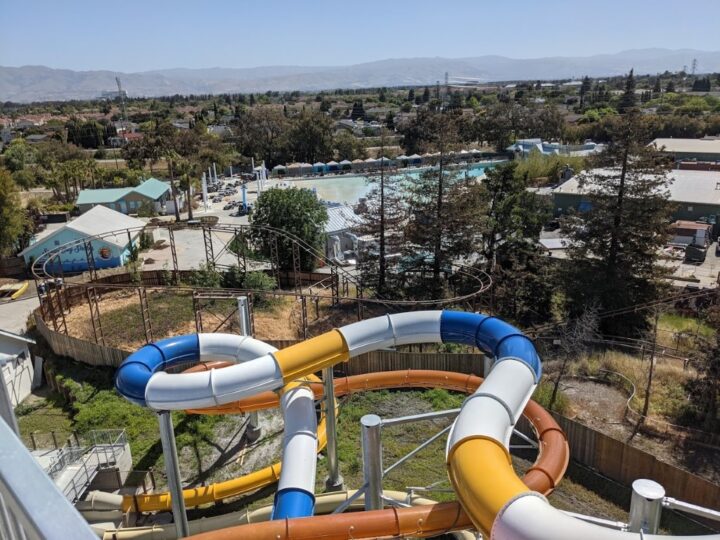 So we mentioned the new restaurants in South Bay Shores in our other posts, but it’s important to note that they’ll also be offering food that hasn’t been in the park before. Keeping with the theme of the water park as a North California beach town, you’ll find things like fish tacos, along with other new offerings for the park. Plus, just outside of South Bay Shores, the former Outback Shack has been rethemed to South Bay Cantina. 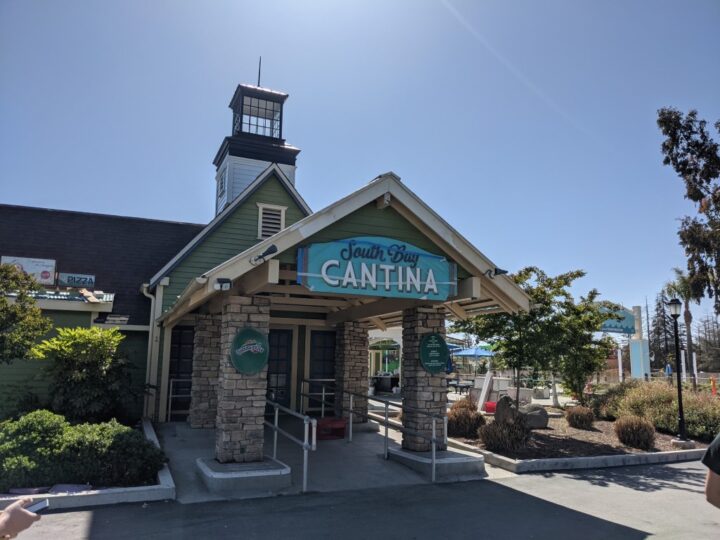 One of the biggest attractions to get a new color scheme, Psycho Mouse! The coaster got a new color scheme this offseason, ready to show it off on opening day. The paint work on it was done by Baynum Painting, the best roller coaster painters in the business, who we interviewed a little while back! 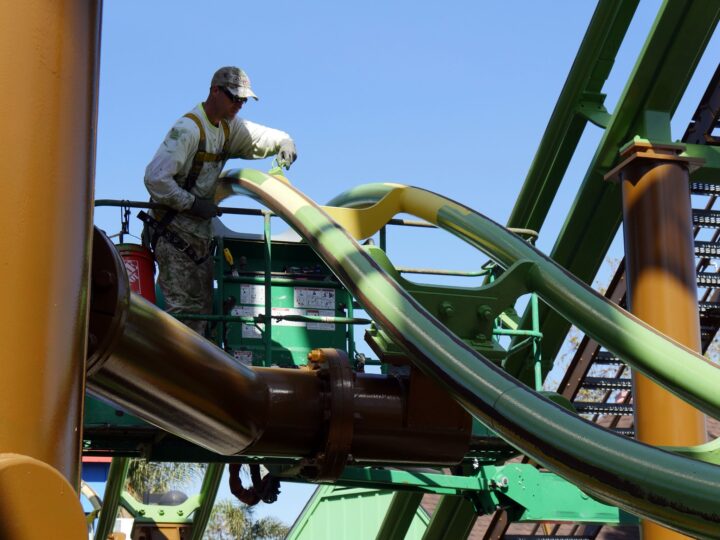 Finally, maybe the most exciting news for coaster fans. RailBlazer is going to have three train operation this season. The park that they’ve been cleared to run three trains on RailBlazer for the first time since it opened in 2018. They won’t launch these ops immediately, since the park will be capacity limited to start the season, but once they’re back to full capacity they expect to implement it. The turn around times were always pretty quick on RailBlazer, but we’re still really excited to see this! 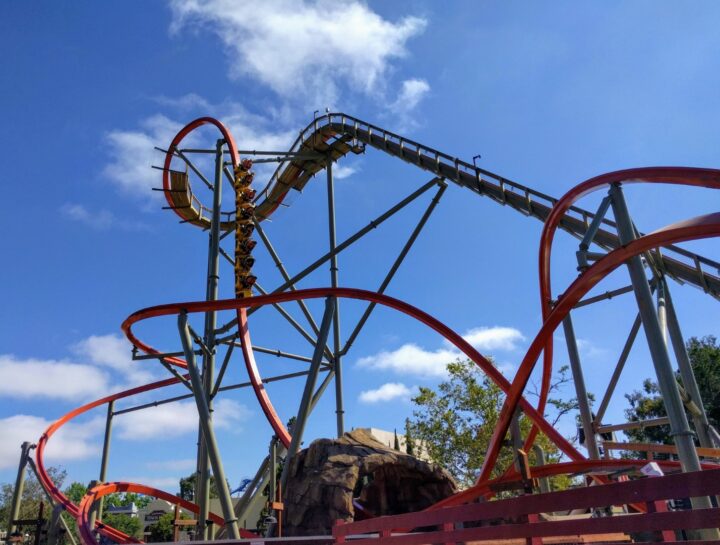 These are some of the things we’re most excited to see when California’s Great America re-opens, but we’re sure there are tons more to find. Reminder the park opens to the public on May 22, with passholder previews this weekend. You can find more on their website. If you make it to the park, let us know what you’re most excited about, and what little changes you find!