The soon-to-open Universal Beijing Resort recently announced its “LEED Gold” certification in the “Cities and Communities” category, making it the first theme park resort to earn the prestigious Earth-conscious distinction in the world. 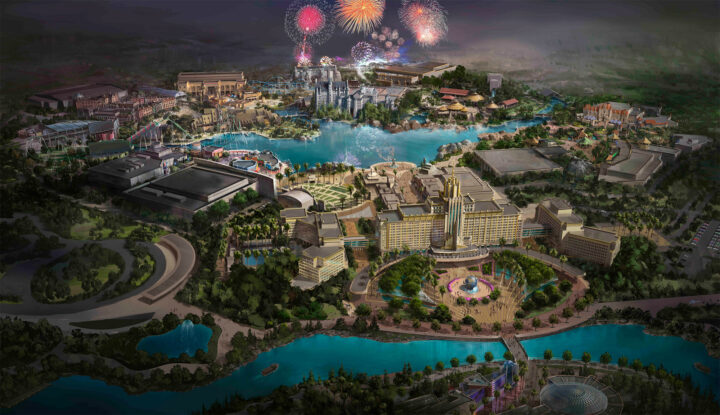 Developed by the U.S. Green Building Council (USGBC), LEED (Leadership in Energy and Environmental Design) is a globally recognized achievement in sustainability and leadership. Universal Beijing’s LEED Gold certification for cities and communities is a result of the resort’s environmental and green community initiatives, which have been underway since the resort’s early design stage. 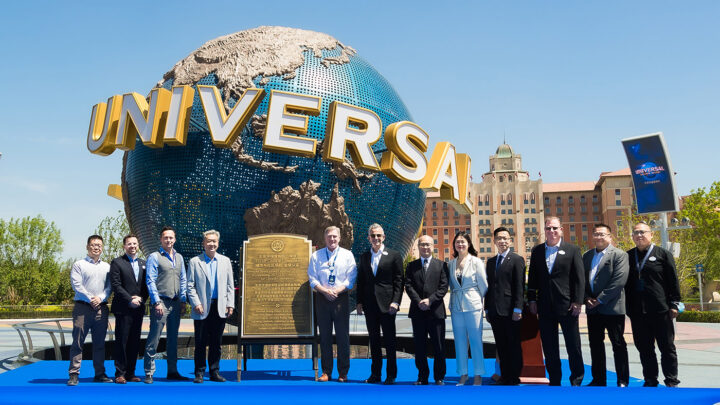 LEED rates progress toward specific metrics for reducing carbon footprint and energy use. The rating system also measures water, waste and transportation initiatives and other factors that improve the overall quality of life. The “LEED for Cities and Communities” category evaluates natural systems and ecology, transportation and land use, water efficiency, energy and greenhouse gas emissions, materials and resources, and quality of life.

“We will continue to work hard to safeguard the blue skies, white clouds, clear water, and green mountains that surround Beijing.”

“We have worked to plan and create a theme park resort destination that is good for the environment, good for our guests and team members and good for our community,” said Tom Mehrmann, general manager of the resort’s theme park and resort management branch.

“This is an ongoing effort that will continue long after certification. Our guests, team members and community residents will directly benefit from what we are doing.”

From the earliest stages of planning Universal Beijing Resort, designers focused on reducing the resort’s environmental impact and carbon footprint while enhancing quality of life and experience for guests, team members and the greater community. The design team began this initiative with a comprehensive study of the local ecosystem, which helped shape plans to address and mitigate environmental impact and guided decisions on everything from storm water management, use of native plants and support of wildlife habitat.

Components of the resort that led to the LEED distinction include:

More than 170 hectares of green space, which is 60% more than required to meet LEED standards. Much of the plant life in those 170 hectares was sourced from local nurseries. 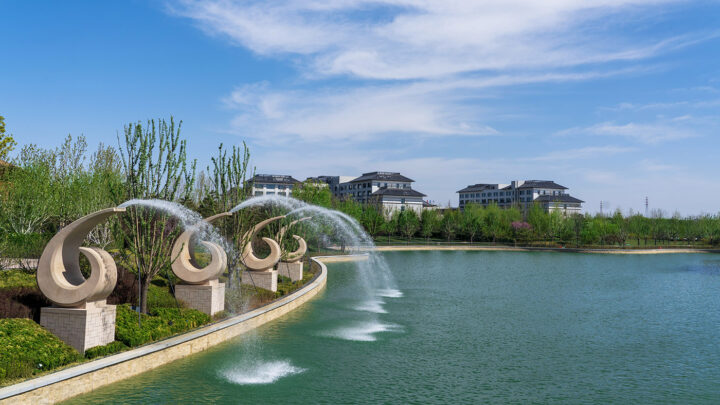 Universal Beijing Resort designers used internationally recognized water quality standards when planning the resort’s water system and filtration to supply resort guests and employees with drinking water. Through these efforts, more than 2.7 billion liters of water will be reclaimed each year. Additionally, the standard for reusable water within the resort has been increased. The resort also will implement on-site “anaerobic digesters” to process food waste.

The Resort’s greenhouse gas emissions are less than half of the allowed per capita requirement in the LEED Cities and Communities Standard, which is achieved by using energy efficient infrastructure.

Universal Beijing Resort partnered with the government to create new public transit offerings for the entire community, including a metro station for two lines including the east extension of subway Line 7 and the south extension of Batong Line, and new bus stops and routes and electric shuttle buses for team members. There are also extensive walkways and bike lanes for the use of team members, guests and community residents.

Additionally, the resort also provides on-site housing built to the highest energy standards for more than 8000 team members each of whom will have their own room. This increases quality of life for team members and, because of the reduced commute, also reduces demand on the area’s transportation infrastructure. Universal Beijing Resort has also reached partnerships with more than 30 local schools to create special tourism industry coursework so area residents can prepare for a career in tourism.

Universal also requires the soil on the entire resort site to be pollution-free. It’s not only the original soil on site that must pass pollutant detection and reach required standards, but purchased soil must also be tested and qualified before entering the site. 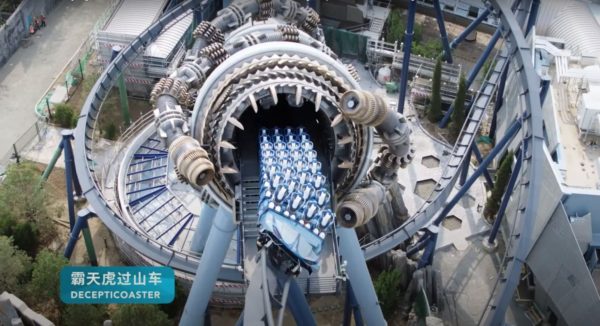 Universal Studios Beijing will feature seven highly themed and immersive lands that include several all-new attractions along with the selected Universal rides, shows and attractions from around the world as well as experiences designed to reflect China’s cultural heritage.

Do you think more theme parks will attempt LEED certification? Share your thoughts in the comments section below!