It’s been twelve years since Worlds of Fun christened a new roller coaster at the park, but after a multi-year retracking, the park’s oldest operating coaster, Timber Wolf, is essentially brand new, and in 2021, will be running like a dream! 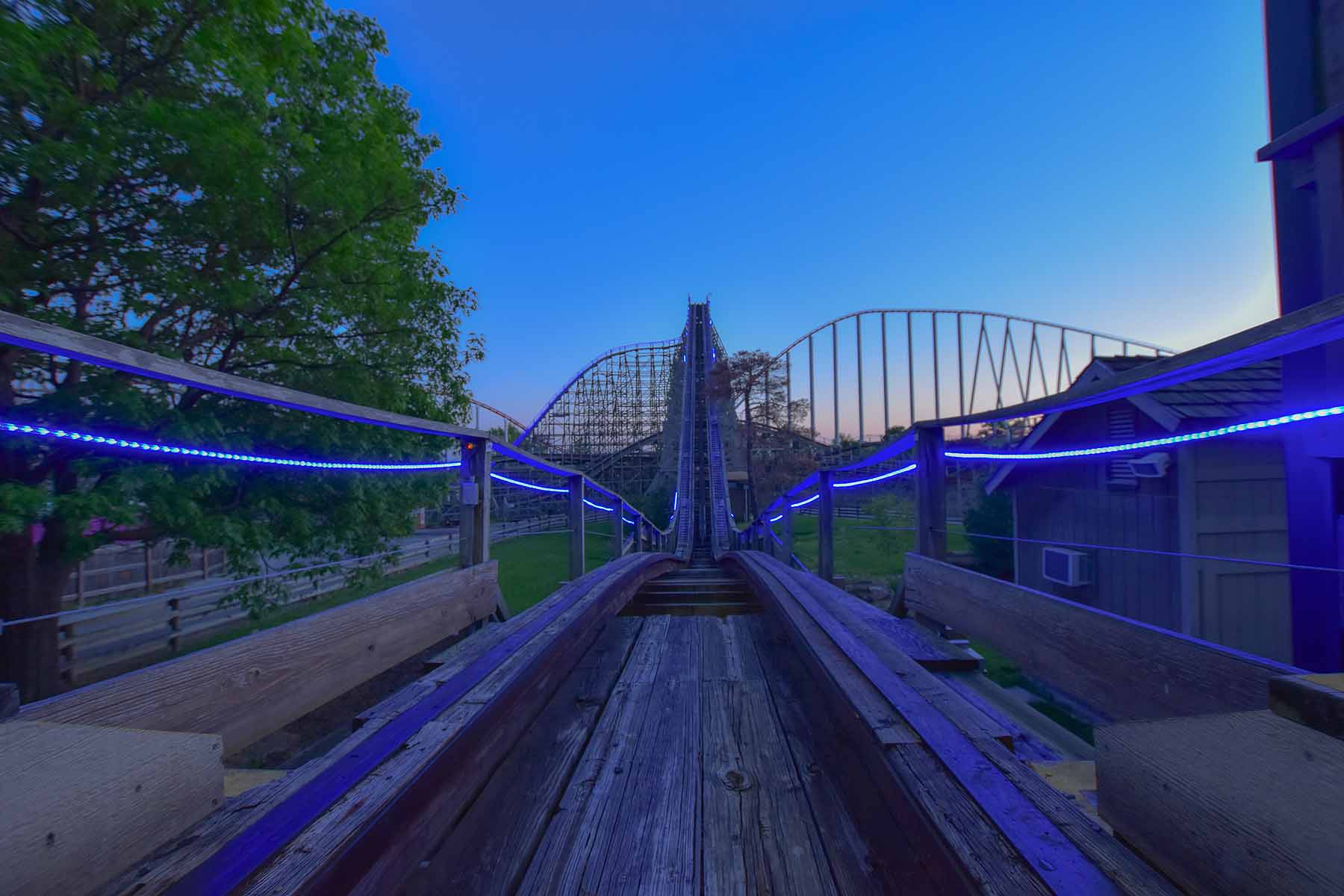 Originally designed by the now-defunct Dinn Corporation, the construction of Timber Wolf started in the fall of 1988, and track was laid at the rate of about 70-feet per day. When all was said and done, it took 15 tons of nails, 80,000 bolts and 680,000 feet of lumber to construct. However, as with all good wooden coasters, Timber Wolf got a little rougher over a time, and the park wanted to preserve the classic coaster landmark by giving it a refresh.

Each year since 2014, Timber Wolf has received a little “TLC” during the off-season beginning with a new ride control system, followed by significant re-profiling and re-tracking of the coaster’s first drop and first section of track, up to the coaster’s signature 540-degree upward-spiraling helix, during the 2015-2017 off-seasons. 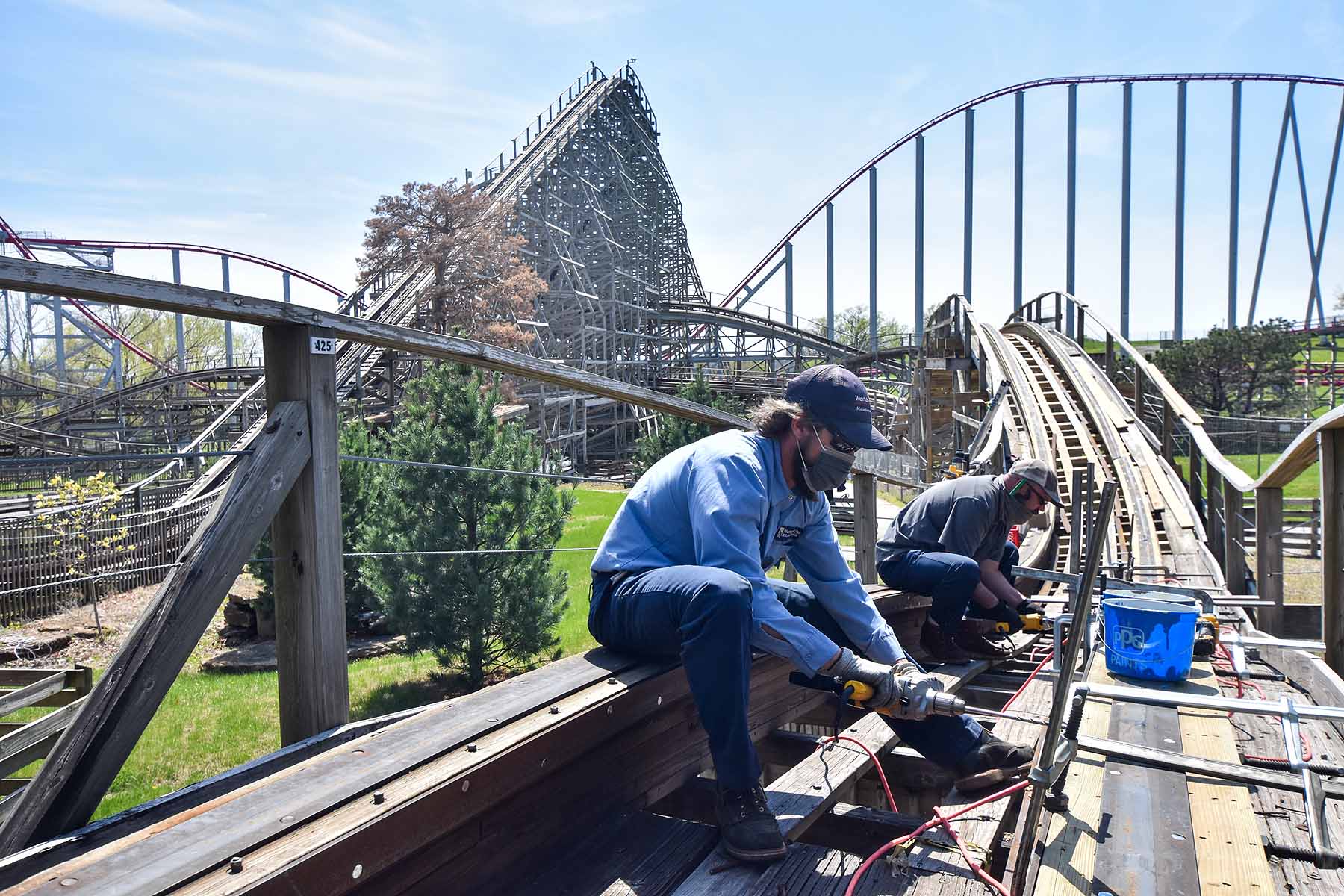 During the 2017-2018 off-season, Worlds of Fun replaced the helix with a 70-degree over-banked curve, and track work continued during the subsequent off-seasons. In preparation for opening on May 22, Worlds of Fun has announced that 95% of Timber Wolf’s track has been replaced during the multi-year project. The only sections of the track that haven’t been replaced since the project started are the station house and lift hill.

While a lot of the track work was done in conjunction with Great Coasters International, the final stretch of track was replaced from the final curve to the brake line exclusively by Worlds of Fun’s maintenance team. 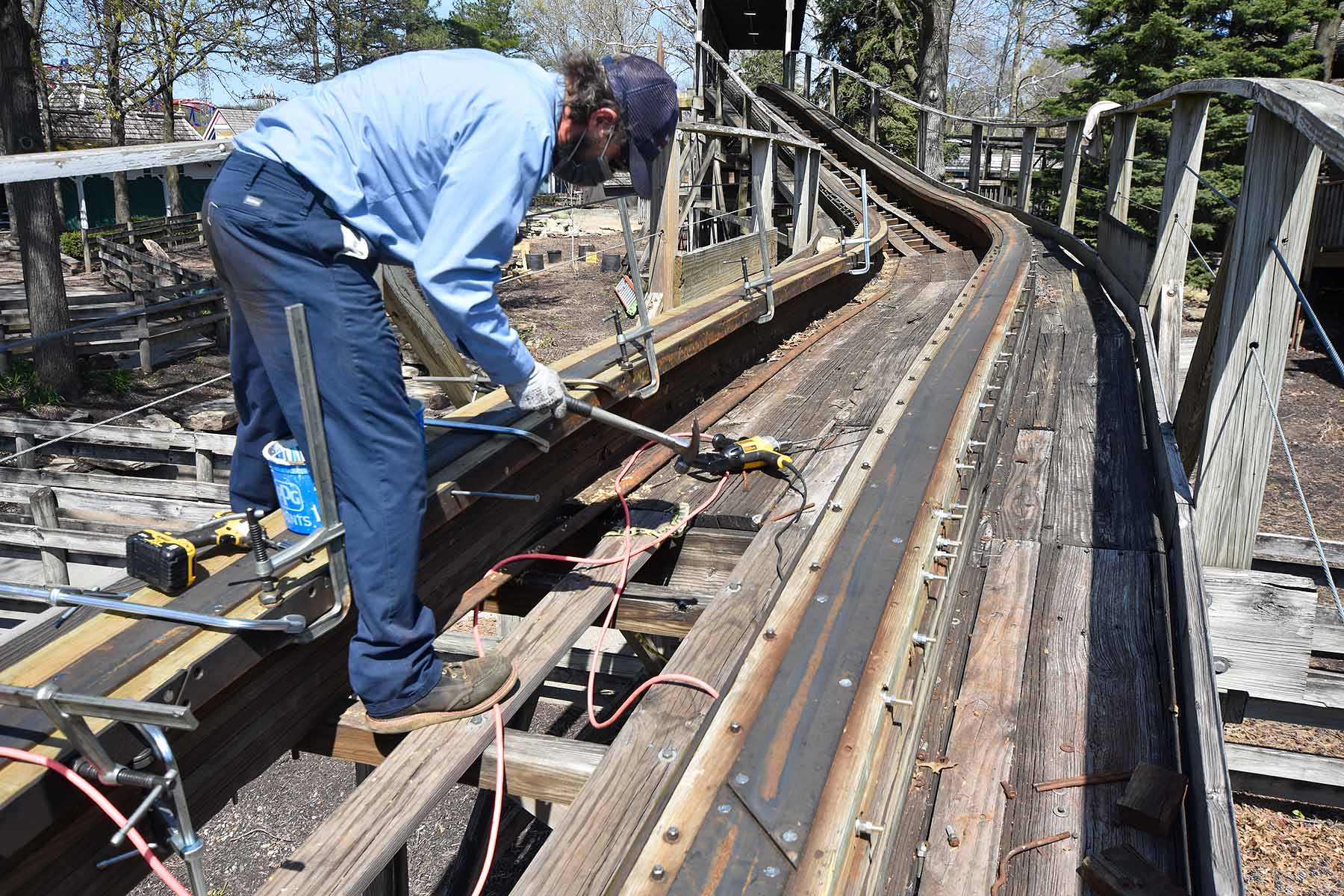 “Timber Wolf has become a passion project for our maintenance team, and the difference in the quality of the ride is night and day,” said Chris Foshee, PR and Communications for Worlds of Fun. “It’s been great working alongside the GCI team, and we’re proud to preserve this classic wooden coaster for a new generation of thrill seekers.”

This season, each section of track was replaced in 20-foot increments, and the biggest difference in the track re-configuring is lowering the stack of wood rails from 9 to 7; this reduces force and friction between train and track, resulting in a smoother ride. 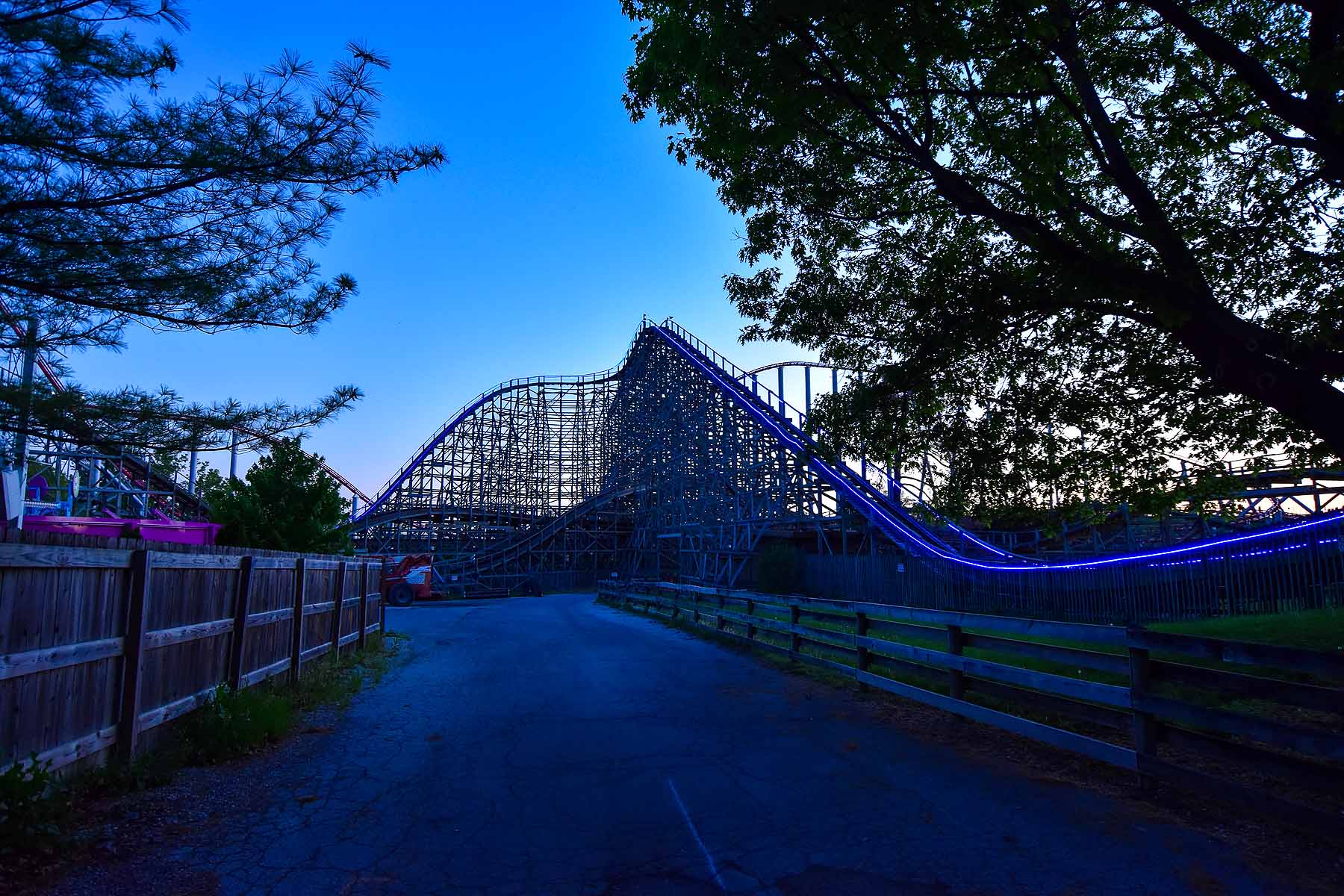 When Worlds of Fun opens for the season on May 22, guests may also notice some other changes surrounding Timber Wolf, including a new lighting package, modeled after GhostRider at Knott’s Berry Farm, as well as new landscaping and theming in the immediate area.

When the park removed the helix in favor of the banked turn, Worlds of Fun Vice President and General Manager Tony Carovillano noted that it would give guests a new reason to fall in love with Timber Wolf. Three years later, his sentiment still rings true. 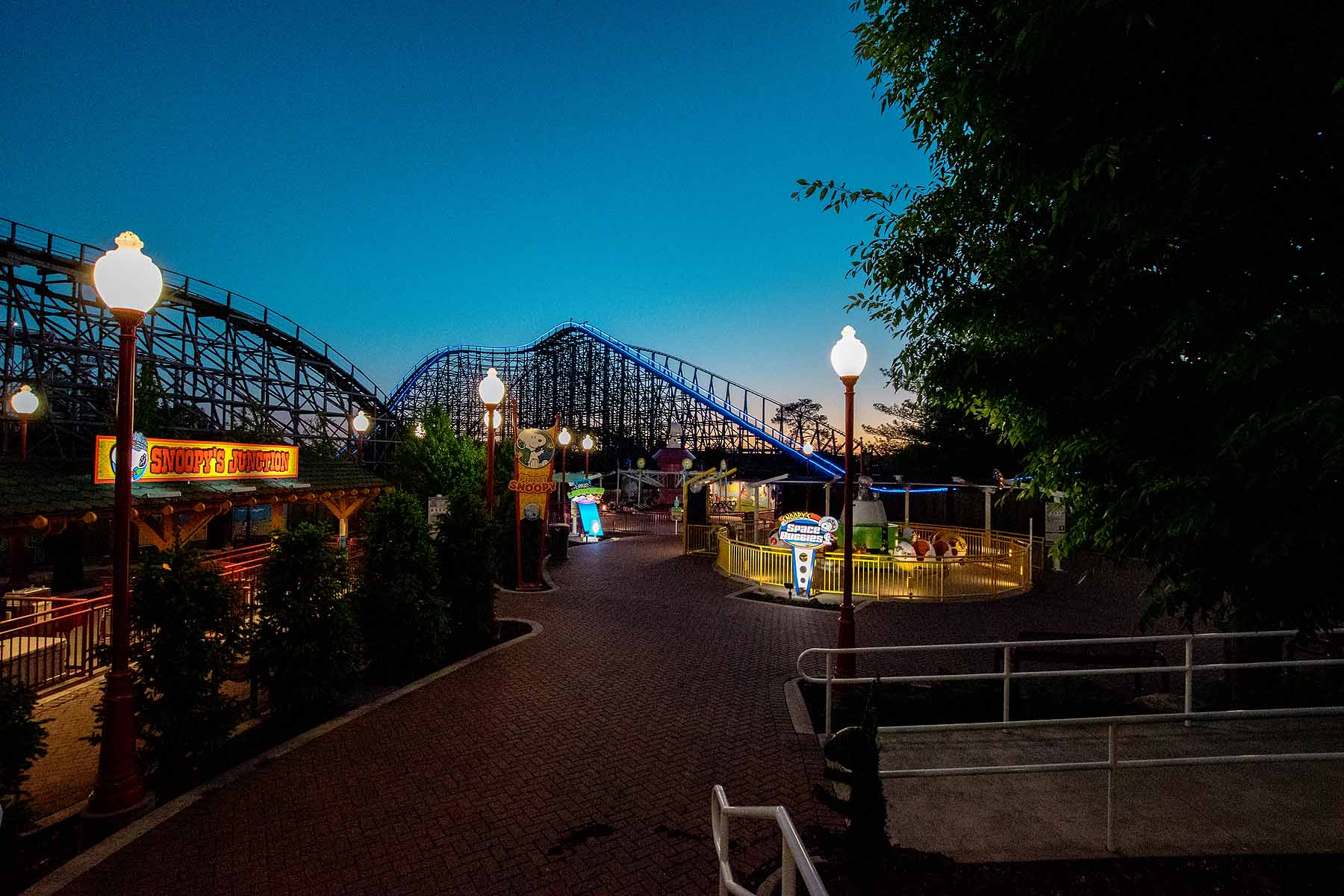 “Since its debut in 1989, Timber Wolf has been a park icon and a long-time staple of Kansas City,” Carovillano said. “These investments have ensured that the ride will continue to deliver an action-packed experience to a new generation of thrill seekers. Over the past seven years, guests have felt the difference that re-tracking and re-engineering has made in the ride’s overall experience, and we’re thrilled for our guests to experience the finished product this season at Worlds of Fun.”

Are you ready to ride Worlds of Fun’s “newest” coaster?