Yesterday, Gerstlauer, through their partners at Ride Entertainment, announced that they would be building a “One-of-a-Kind” record breaking coaster in the United States. The coaster is scheduled to open in May of 2022, and will be announced formally in the next few months.

(You can find the full release via Amusement Today by clicking this link!)

At Coaster101, we love solving a good mystery, so we put our thinking and/or tin foil caps on to determine a few potential locations for this to-be-announced coaster! 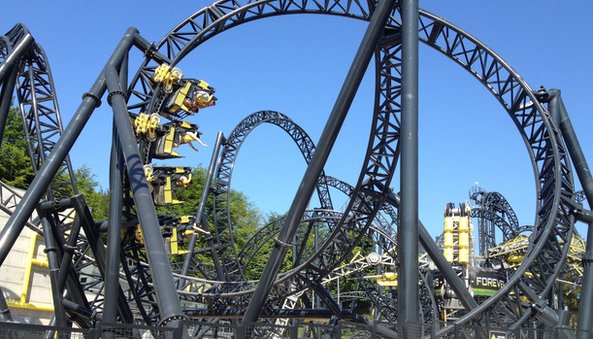 While the press release was fairly short, clocking in at just 171 words in the body copy, there were several key details that stood out to us.

All that said, here’s where we make some semi-educated guesses at potential locations for this new coaster. These are listed in alphabetical order. 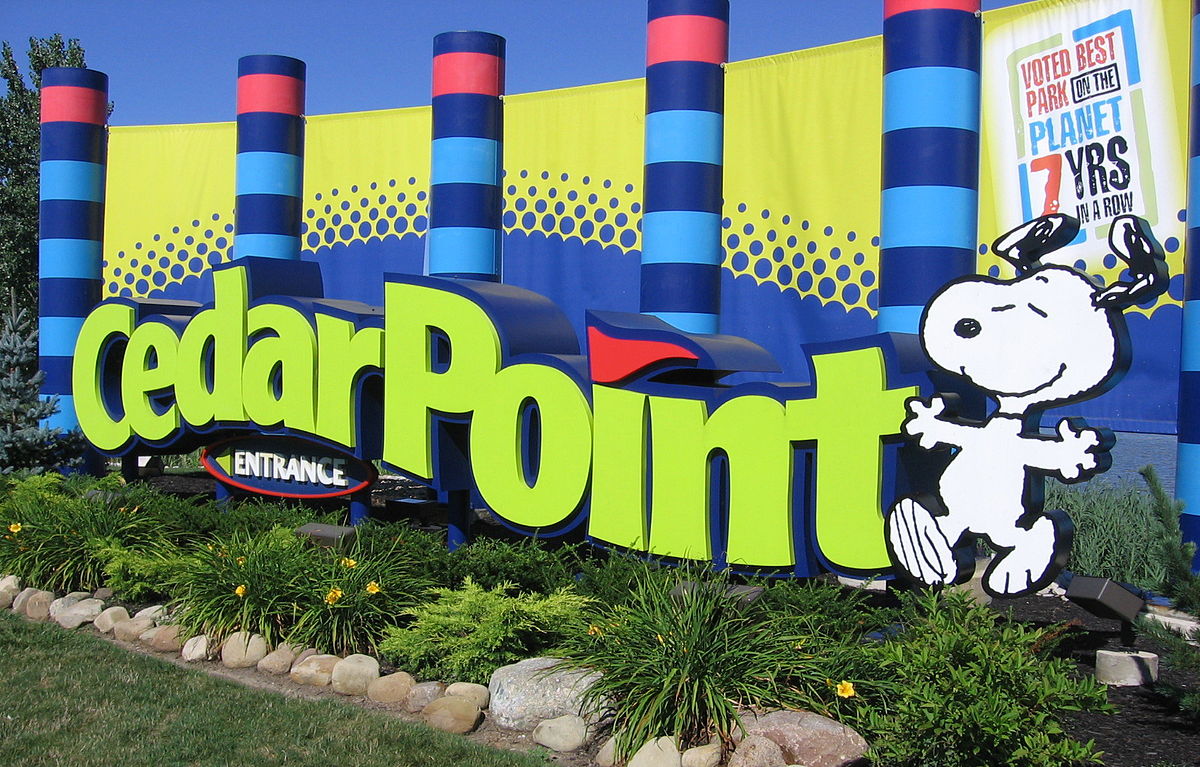 Cedar Point is celebrating their belated 150th anniversary in 2021, and what better way to cap off a major celebration than with a record-breaking ride announcement? Cedar Point loves their record breaking statistics, and while the park has never had a roller coaster from Gerstlauer before, their parent company, Cedar Fair, had a great amount of success with HangTime at Knott’s Berry Farm, which opened in 2018. Why is Cedar Point a challenging location? The park is surrounded on three sides by water, and is relatively land-locked. There are the ever-present (and un-founded) rumors that roller coasters at Cedar Point “sink” into the sandy terrain, but that’s purely speculation. Cedar Point has averaged a new roller coaster every three years since 2000, with their last new coaster being Steel Vengeance in 2018. Are they due? We’ll have to see! 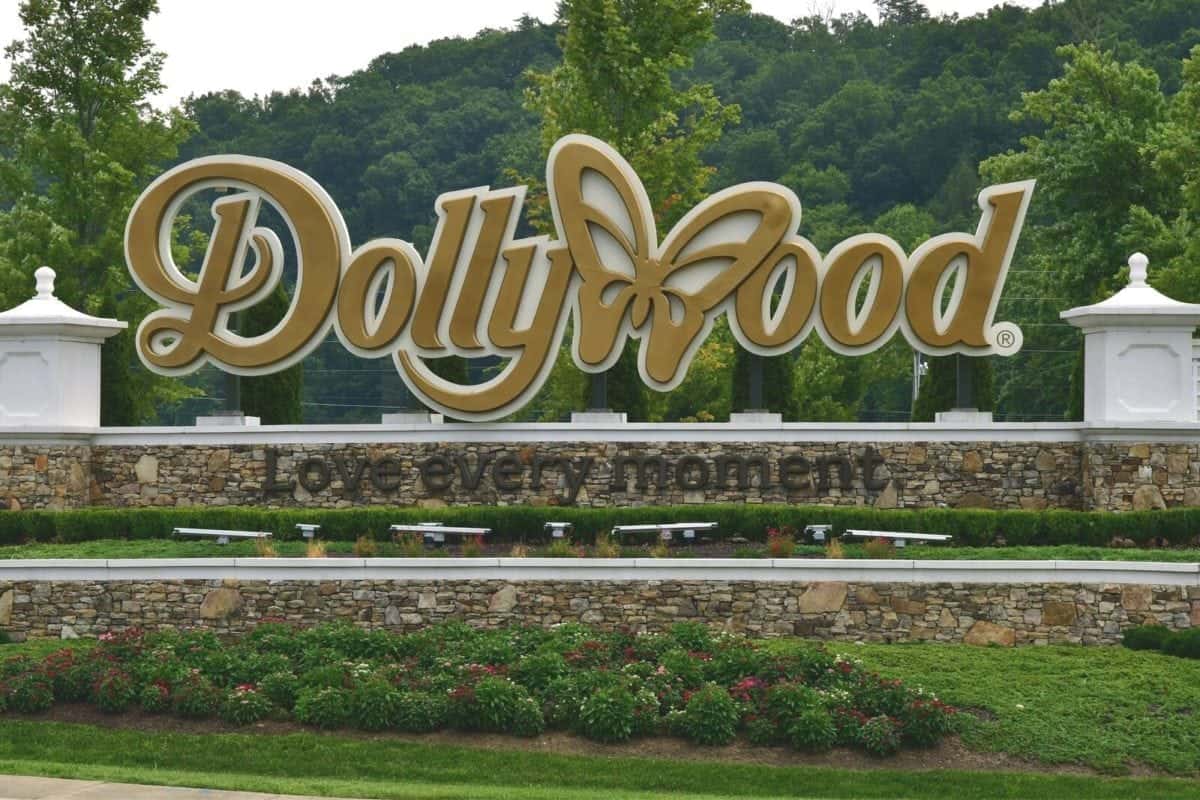 Dollywood and Gerstlauer have a decent history together, having worked on both Mystery Mine (2007) and Firechaser Express (2014). The mountainous terrain of the Smoky mountains could prove to be challenging to work with, but 2022 would mark six years since Dollywood’s last “major” thrilling coaster, Lightning Rod. Around Lightning Rod, there is a lot of clearing, not to mention the abundance of land that has been earmarked for Wildwood Grove’s expansion. Dollywood is one of just three parks in the United States with multiple Gerstlauer roller coasters. (Nickelodeon Universe at Mall of America and American Dream)

Challenging building location? Check. The landlocked Indiana Beach shares its entire eastern border with Lake Shaffer, and the park feels like a Roller Coaster Tycoon-built park already, with nearly every square foot of available space being occupied by rides, shops, or restaurants, (sometimes on top of one another.) Yes, they’re getting a “new” roller coaster already in 2021, but Indiana Beach’s new ownership group, led by Gene Staples, has proven that they want to bring new life into the Monticello park, and what better way to do that than by building a record-breaking (actually) new roller coaster in 2022! Prior to the American Drier Looping, Indiana Beach’s last new coaster was Steel Hawg in 2008. 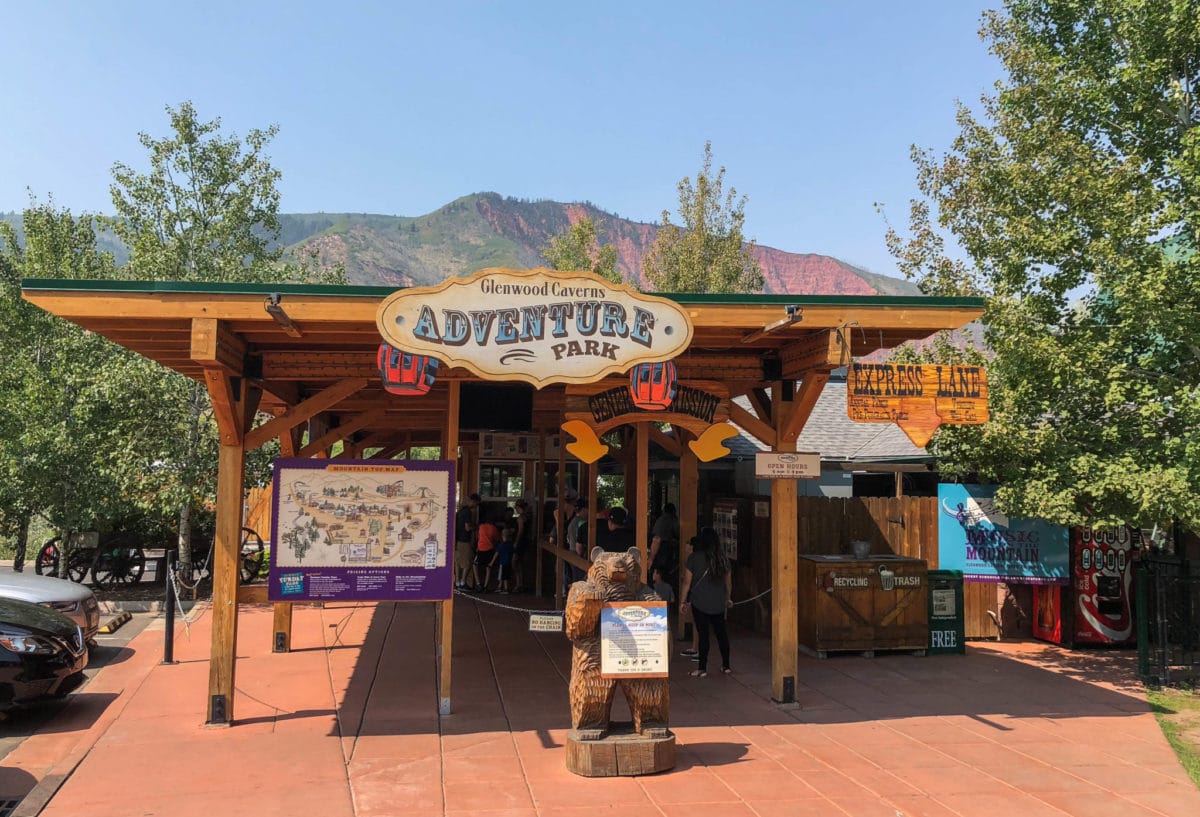 Maybe the darkest horse on this list, Colorado’s Glenwood Caverns is another park that presents a unique building challenge, with its location on top of a literal mountain. Not necessarily known for their coasters with the Cliffhanger and Alpine Coaster, Glenwood Caverns could attract a new crop of visitors with this new roller coaster, which would join other thrilling attractions like the Haunted Mine Drop (the world’s first underground drop ride) and the Giant Canyon Swing. 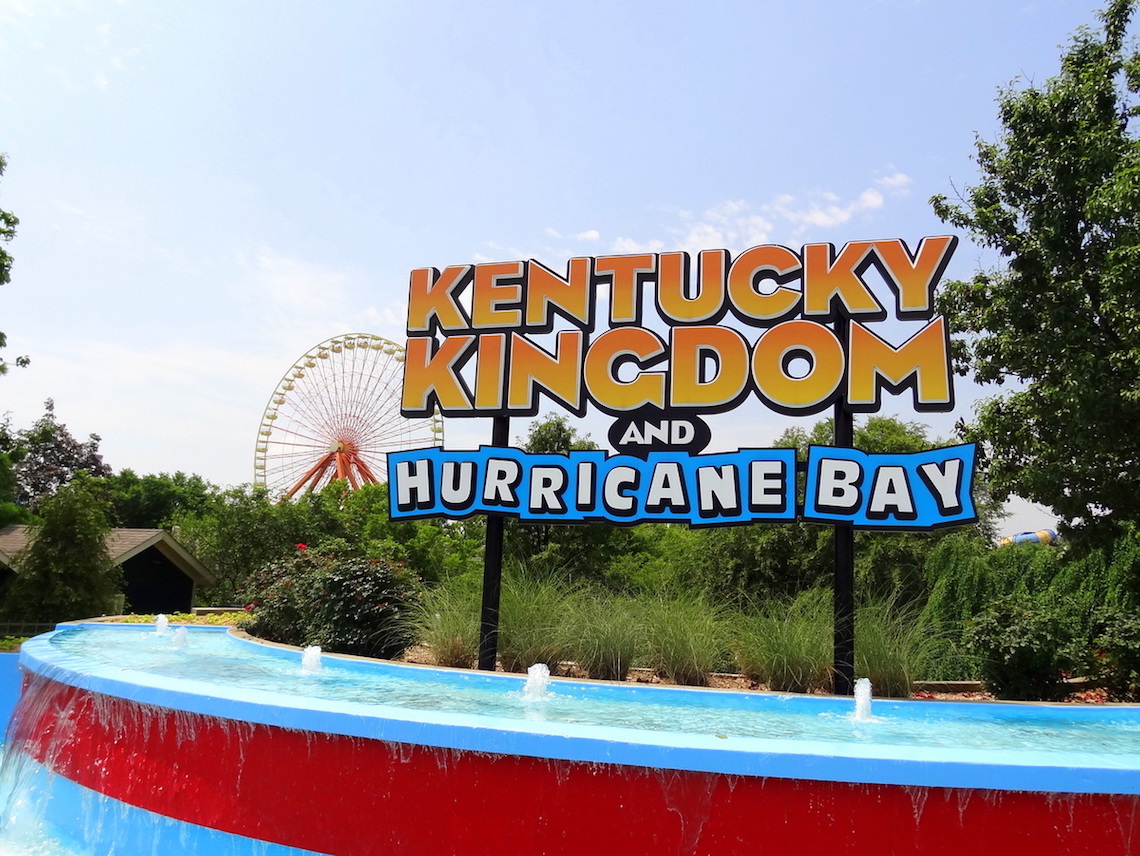 You may think to yourself, why is Kentucky Kingdom on this list? Actually a few reasons. 1) There was that leaked “Raptor” documentation, that later became T4, and nothing actually came of it, likely because of 2) the park’s sale to Herschend Family entertainment, owners of Dollywood, who as we mentioned, have a great history with Gerstlauer and Ride Entertainment. 3) The park, while not as topographically challenged as others on this list, does have its fair share of challenges, including spanning a road, as well as the park’s proximity to the nearby Louisville Airport, which means anything built at the park has to remain under a certain height. With new ownership, the easiest way to breathe new life into a park is with the addition of a major attraction. That could be the case at Kentucky Kingdom. 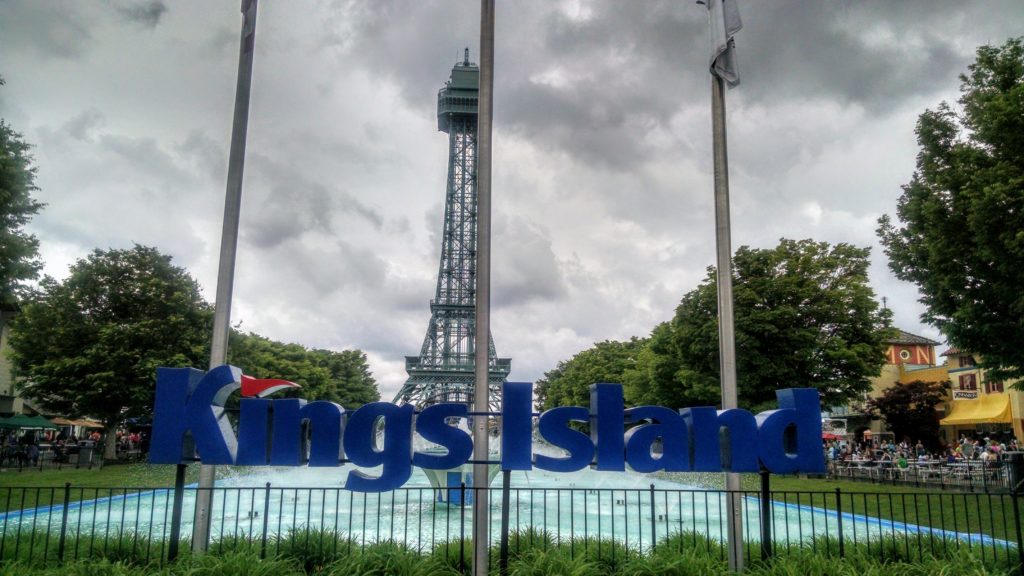 I know I mentioned earlier that a May opening would probably eliminate Kings Island from contention, but I do want to include them on this list for two reasons. 1) There’s a coaster sized hole at Kings Island where Vortex used to reside. Combined with the nearby land around The Beast, there’s room for pretty substantial expansion. Second, this tweet from Ride Entertainment, which probably means nothing, but *could* mean something. That’s the fun of speculation.

After Kings Island debuted Orion in 2020, though, I feel like the park isn’t necessarily “due” for a new record-breaking coaster so soon after that. 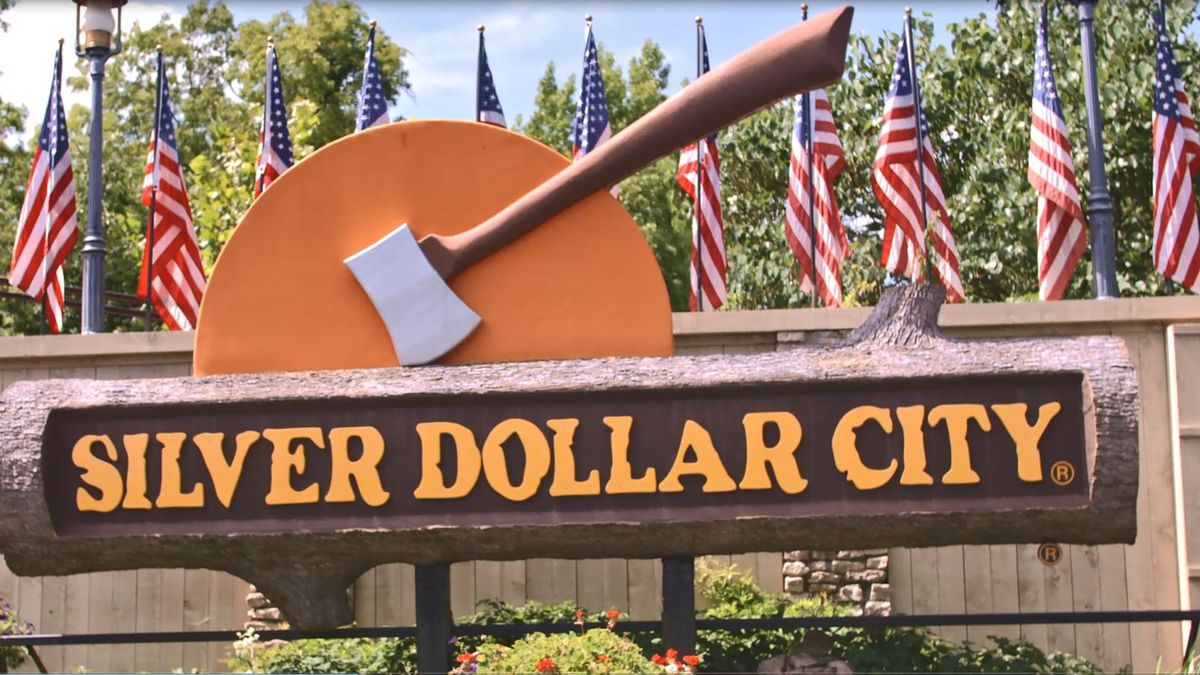 See above comments regarding Dollywood and Kentucky Kingdom and Herschend’s relationship with Gerstlauer. Silver Dollar City has apparently started moving some dirt around near Fireman’s Landing, according to various corners of the internet (including Screamscape and CoasterForce) and with a coaster that’s scheduled to be a record-breaker, it would make sense to start the build well in advance. While the park opened in 1960, the park has constructed its four “major” coasters – Powder Keg, Wildfire, Outlaw Run, and Time Traveler all since 1999. Silver Dollar City also presents a unique and challenging location, due to the surrounding forest.