However, the ride consistently had issues with its final scene, where the famous Tyrannosaurus Rex lunged out at guests. In the updated version, the T-Rex was supposed to face off against the Indominus Rex, but the animatronic was just the head of the dinosaur, which was often not working, and was covered by a black tarp when I visited the park last February. This didn’t detract much from the ride experience for me personally, but I could definitely see something was missing. 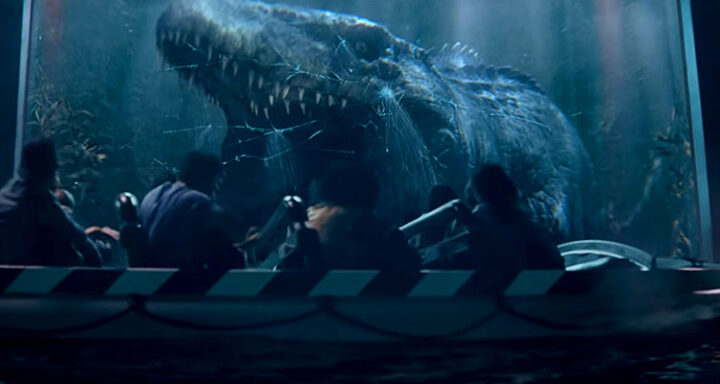 Well, now we know what Universal Creative had intended from the beginning, because as the park begins its soft reopening, videos and photos have emerged of the new finale and extra effects throughout the ride, and the updates are a noticeable improvement. 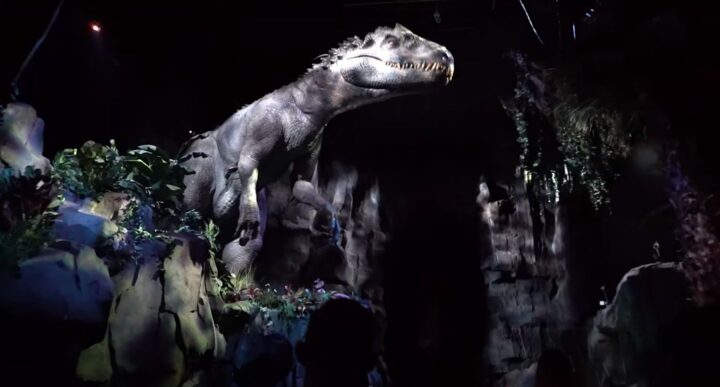 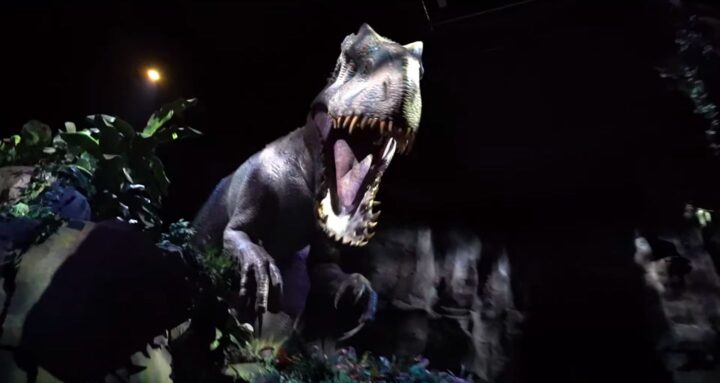 It’s difficult to tell without having actually experienced the updated ride in person, but the new full-bodied Indominus Rex in the final scene looks to be one of the most advanced and realistic animatronics ever created. Plus, the T-Rex now becomes the hero of the ride, which is in line with the story of the newer films in the franchise. 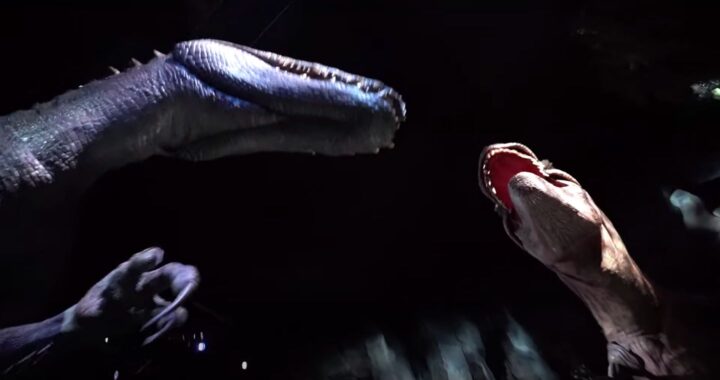 The old I-Rex head can now be seen in the area right before the final lift hill, breaking through a wall that was just a mural before the revamp. 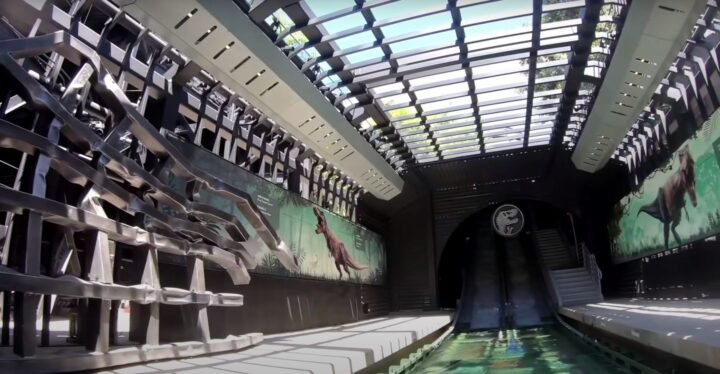 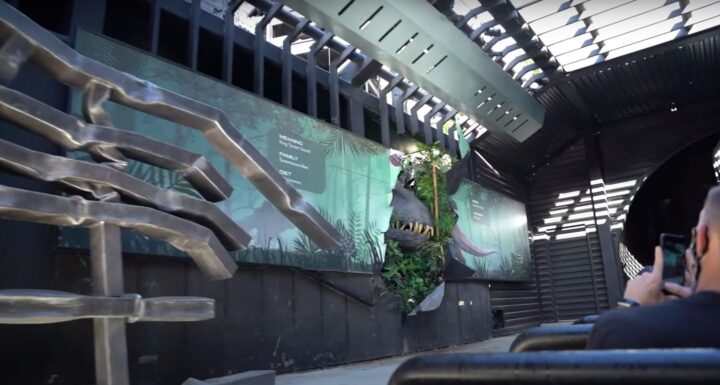 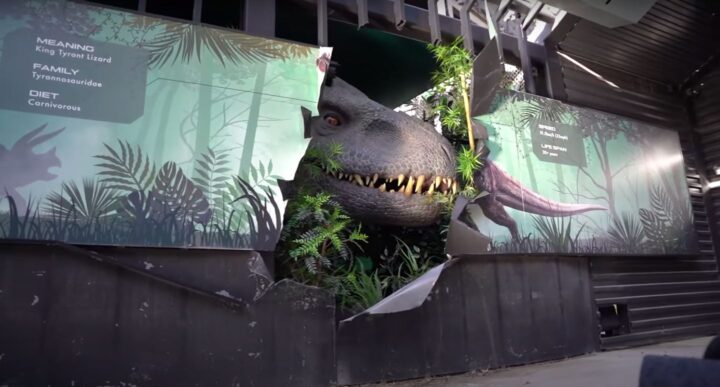 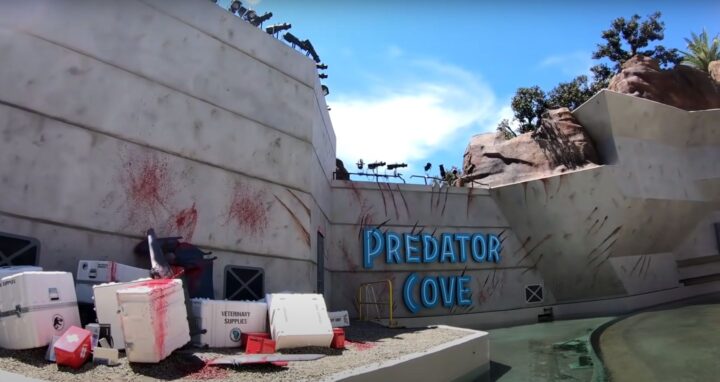 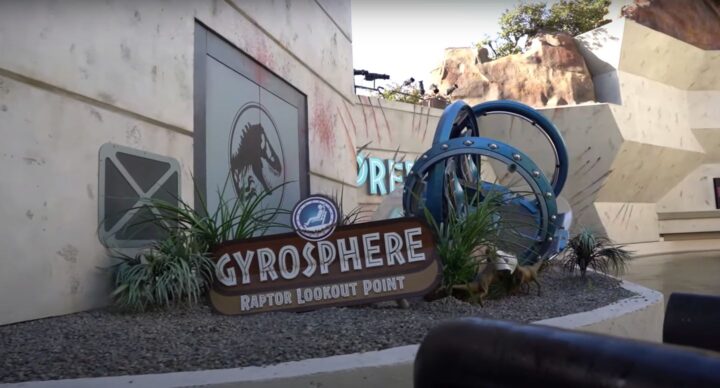 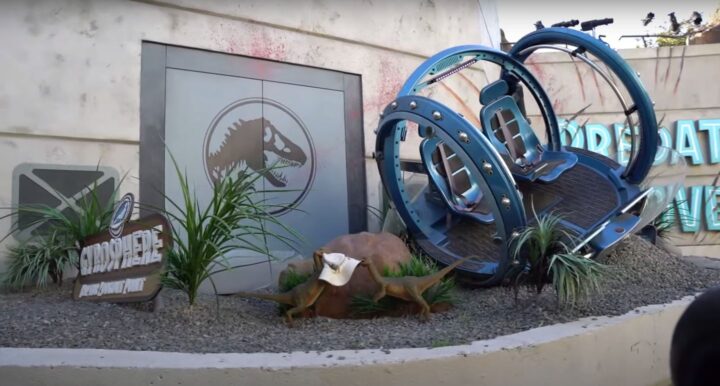 While researching this article, I found an image that was reportedly from the construction of Universal Studios Beijing’s Jurassic World dark ride, but it looks like they have used the I-Rex animatronic for this update to the Hollywood attraction, or may have made two, because the resemblance is exact.

Overall, these changes are very impressive, and breathe some new life into a ride that was underwhelming for some. There’s no doubt that this new finale will be a topic of discussion in conversations about animatronics for years to come. What do you think of the new changes to Jurassic World: The Ride? Let us know in the comments below!