Disney announced today that the new Avenger’s Campus at Disney California Adventure opens on June 4. The land was originally supposed to open last year, before the pandemic put a pause on things. 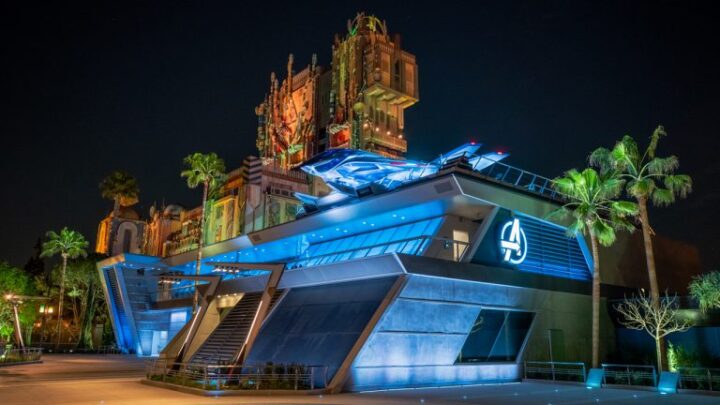 From the Disney Parks blog post, “At this fully immersive land inside Disney California Adventure park, you will be invited to team up with the Avengers and their allies and live out your Super Hero dreams. Avengers Campus is comprised of several heroic locations, each hosted by a different Avenger to share their unique powers, technology and knowledge with recruits. Today, I’m also excited to unveil a first look inside Avengers Campus!” 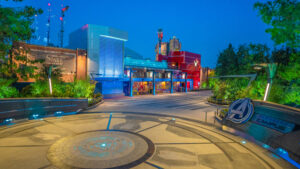 The main new attraction is WEB SLINGERS: A Spider-Man Adventure. Tom Holland reprises his role as Spider-Man in the attraction, which takes you on as a recruit to test new technology, letting you sling webs alongside Spider-Man. It involves all new technology for the Disney parks.

Guardians of the Galaxy: Mission Breakout gets absorbed into the new land as the other main attraction (for now). That also means the path from Guardians to Cars Land should re-open, which is great, because having to walk all the way around to Mission Breakout was a pain.

The Pym Test Kitchen is the main restaurant, themed to a food science lab where shrunken and giant food is the idea. In practicality, this should mean some large shareable dishes and small bites on the menu, along with some fun theming. The Pym Tasting Lab next door will feature craft beers and cocktail “experiments.” And, of course, it wouldn’t be Avenger’s Campus without a Shawarma Palace cart. 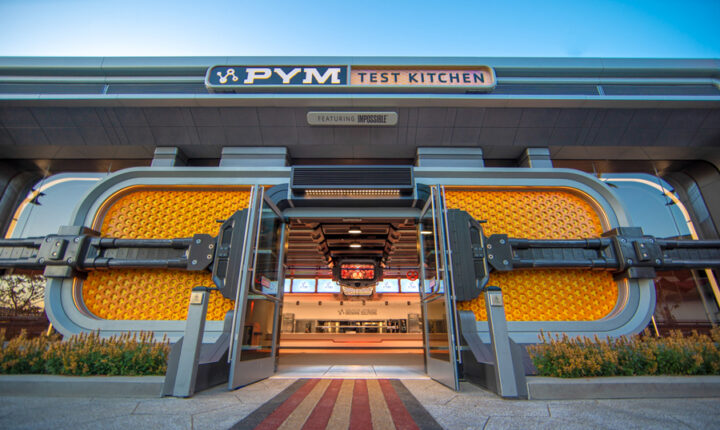 Expect to meet lots of Avengers throughout the land, and see Spider-Man doing some acrobatic moves up high (in the form of a crazy advanced animatronic, we’re pretty sure).

For more on Avengers Campus, check out the Disney Parks Blog post on it. And remember, Disneyland opens April 30.