Included in the above video are the following attractions: 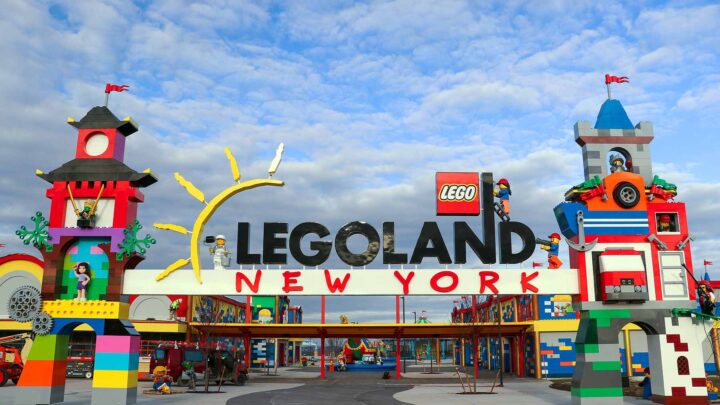 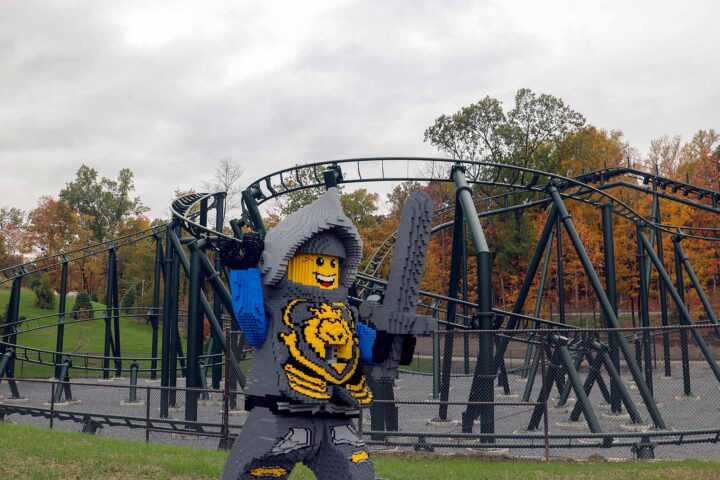 A LEGO Knight, adjacent to The Dragon, one of two of LEGOLAND New York’s roller coasters. 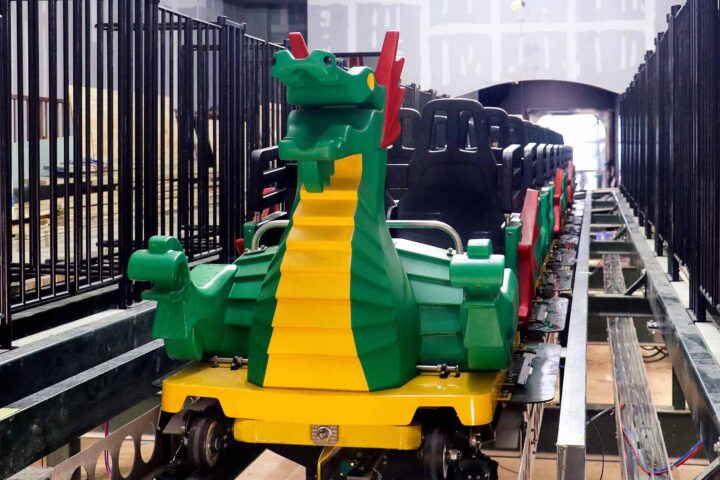 The Dragon was manufactured by Zierer, and is a Force Five model. Similar models exist at LEGOLAND parks around the world. 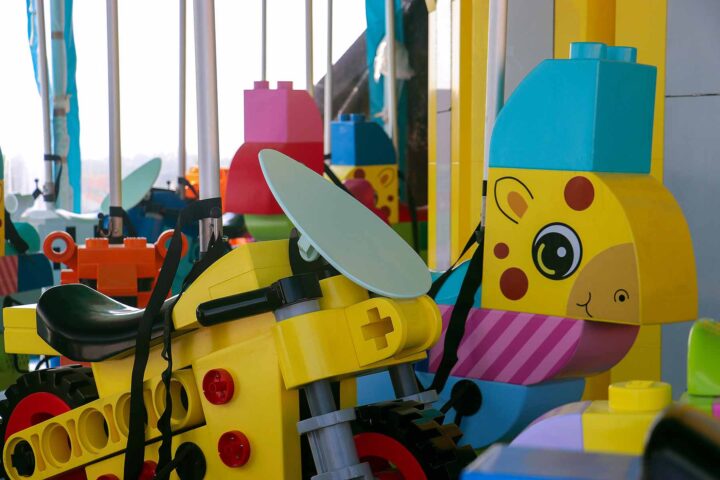 A DUPLO Horse and LEGO Motorcycle on the Brick Party Carousel. 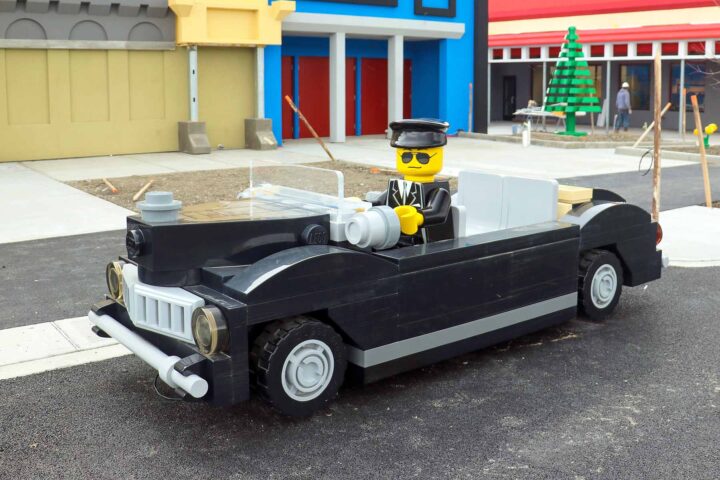 Sculptures are beginning to take shape around the park. 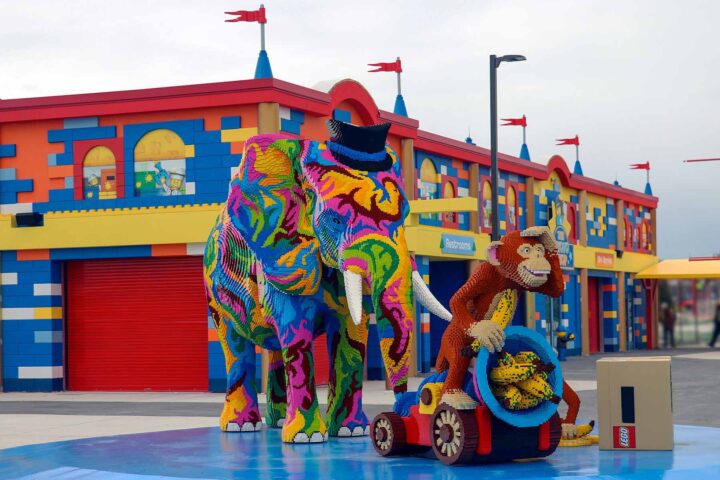 I LOVE the colors on this elephant. 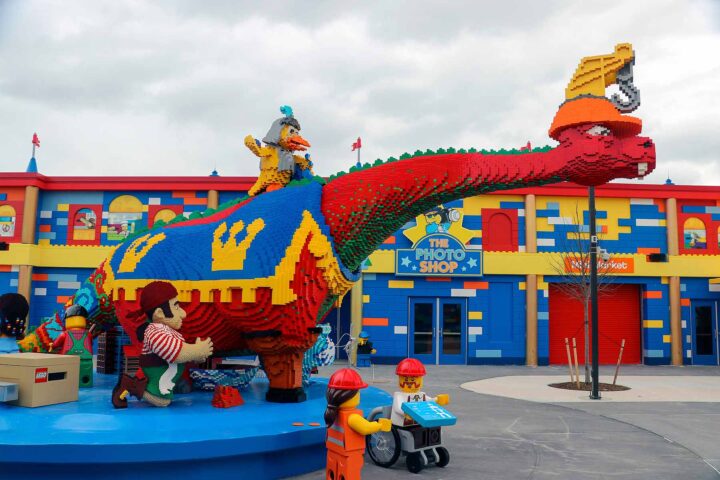 There’s a little bit of everything in this dinosaur/dragon sculpture, near the park’s main entrance. 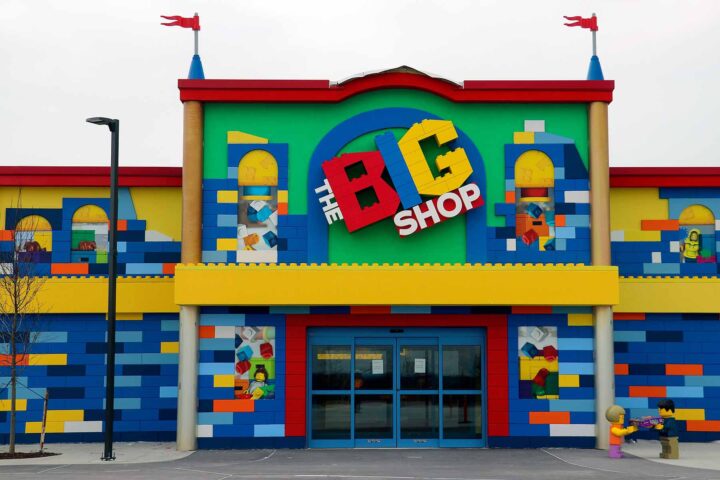 The BIG Shop will be the largest LEGO Store on the East Coast. 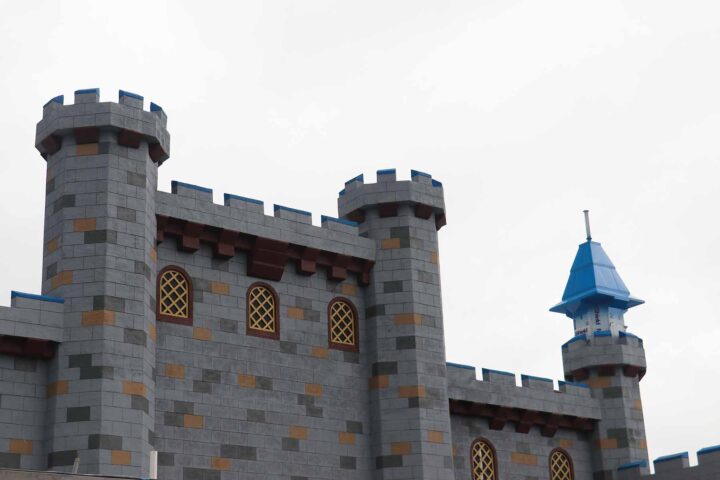 The Castle will house The Dragon Coaster. 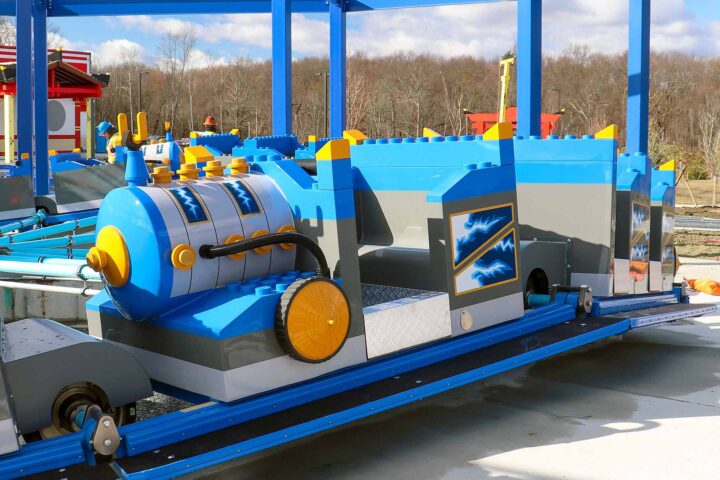 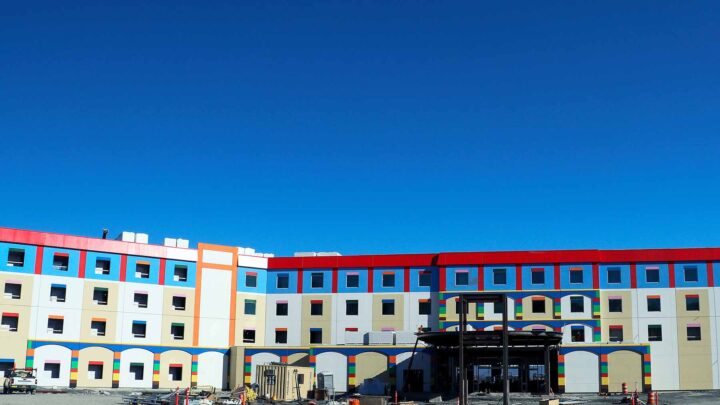 Outside Progress is being made on The LEGOLAND Hotel.

We can’t wait to get up to New York to see everything LEGOLAND has to offer!