Mystery Mine 2021 Review of Layout and Track Changes at Dollywood

Update: I had the chance to ride the new-and-improved Mystery Mine over the weekend. At the bottom of this post are new photos with some of my quick thoughts on the new track. 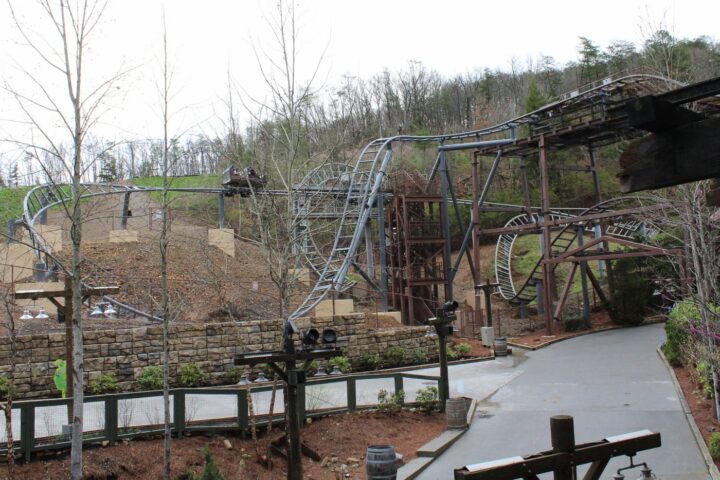 This weekend, Dollywood guests were treated to a glimpse of a major change to Mystery Mine’s first outdoor section.

Gone is the Gerstlauer Euro-Fighter coaster’s near-vertical drop following the bridge that crosses over the midway. Also removed (yet still standing as of this post) is the vertical u-turn that followed the first drop.

The u-turn element can be seen behind the mid-course brake run stairs.

See a video of the “new” Mystery Mine testing below:

It's gonna take some time to get used to seeing the drop like that pic.twitter.com/qjzv2rq7Hn

In the new layout, the 8-seat Mystery Mine cars will make a 90-degree turn to the left after the trestle before entering a less-steep drop. From there, the coaster reenters the original layout, making a 180-degree turn into a mid-course brake run. 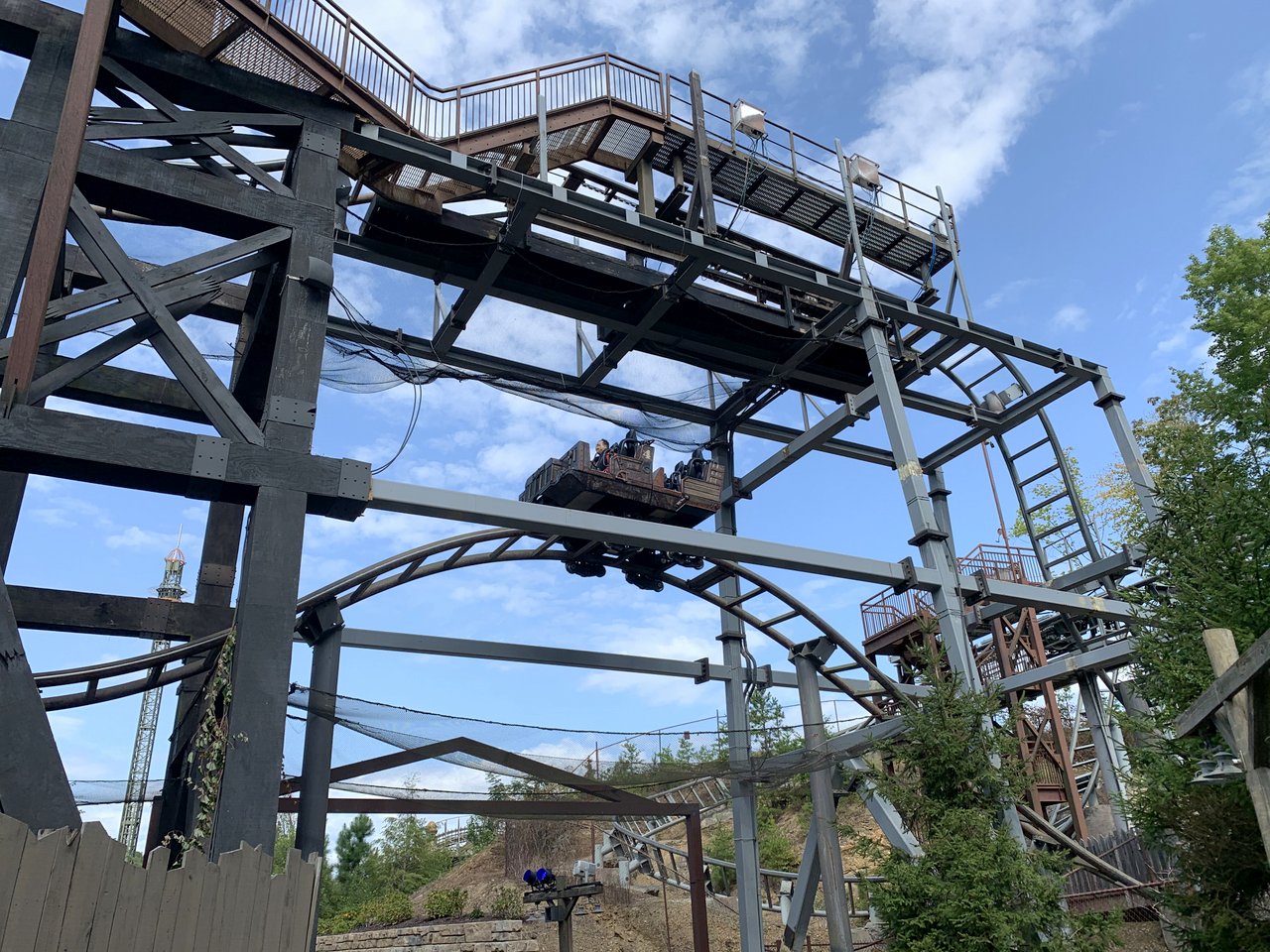 Mystery Mine’s original drop can be seen on the right.

The train then enters a 270-degree downward helix that leads into the lower level of the trestle. 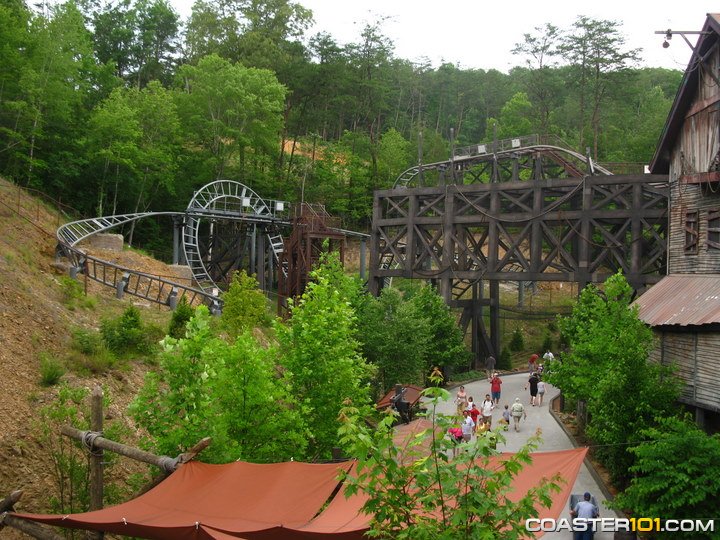 Mystery Mine’s original drop and U-turn as seen in 2009.

The graphic below illustrates the new (yellow) versus original (red) Mystery Mine track:

As of this posting, the original u-turn is still standing. The park could leave it as theming as a “fake out” element.

Mystery Mine originally opened in 2007 and was at the time the largest investment in Dollywood’s history at $17.5 million. 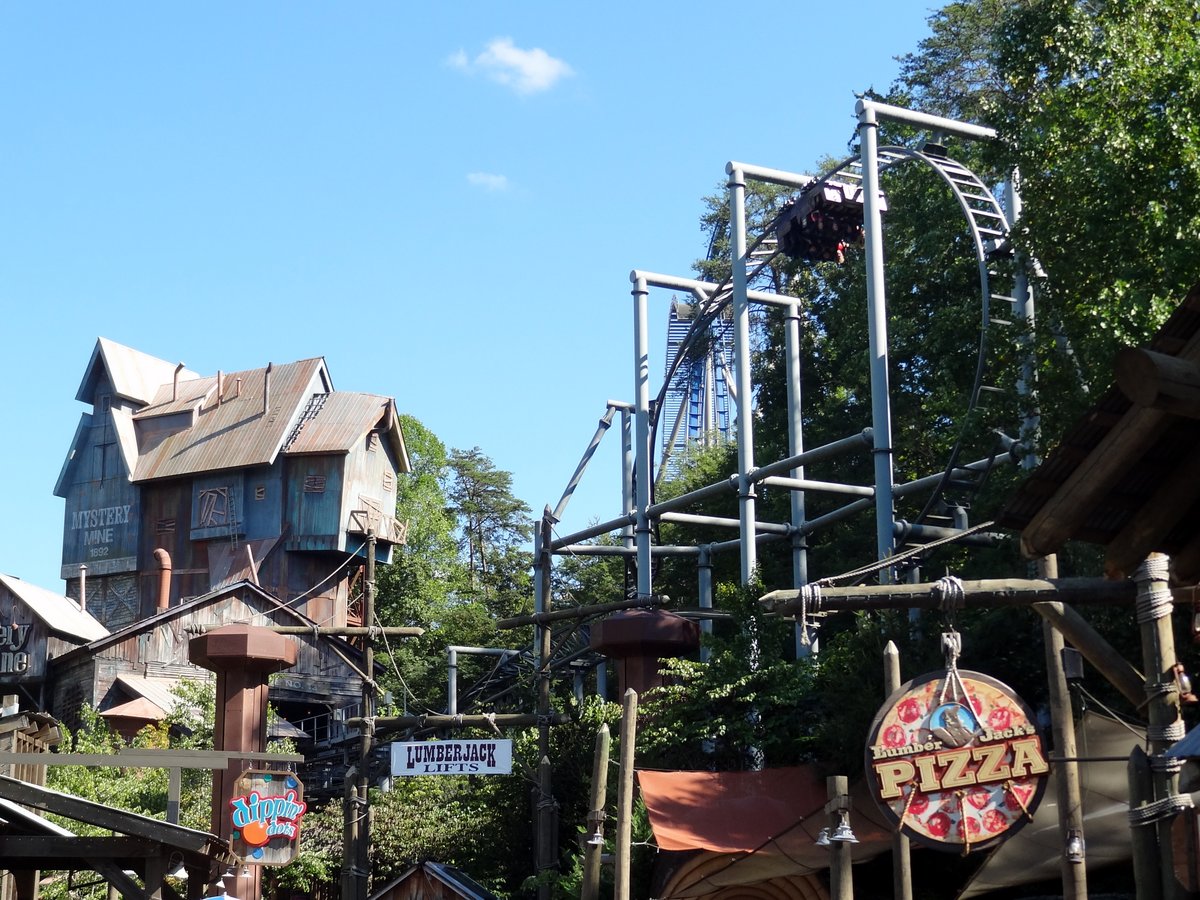 Despite the changes, the coaster still features its 95-degree, beyond-vertical drop inside the ride building, two inversions, and a top speed of 43 mph. Its new track length is unknown but is likely slightly shorter than the original 1,811 feet.

I visited Dollywood on March 27, 2021 and was excited to see Mystery Mine in operation once again.

The new track is quite eye-catching to those approaching the coaster from the Thunderhead side of Timber Canyon. 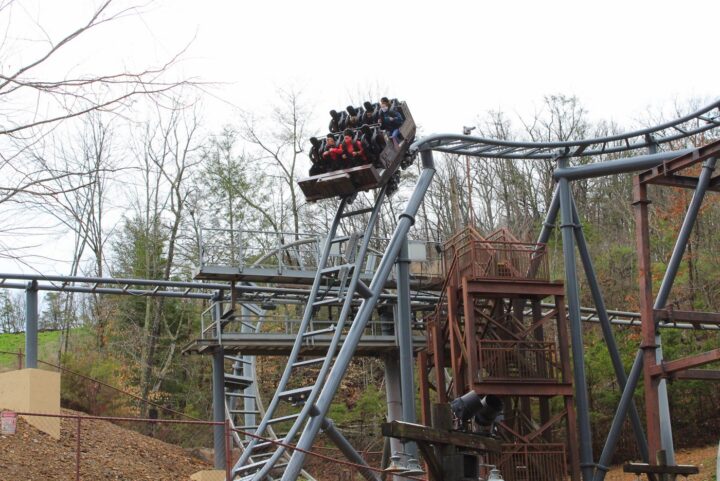 But much of the ride is exactly the same aside from the new outdoor section. 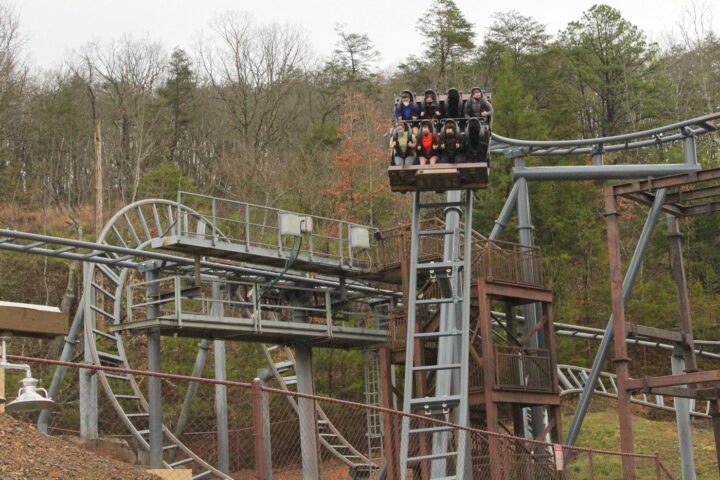 While it’s not as dramatic as the original, the new drop offers a surprising pop of airtime. 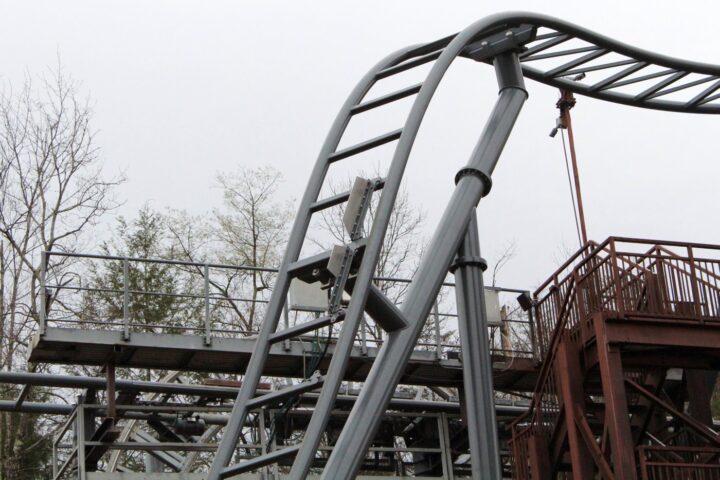 There are trim brakes on the drop, but if they were in use, I didn’t notice them. 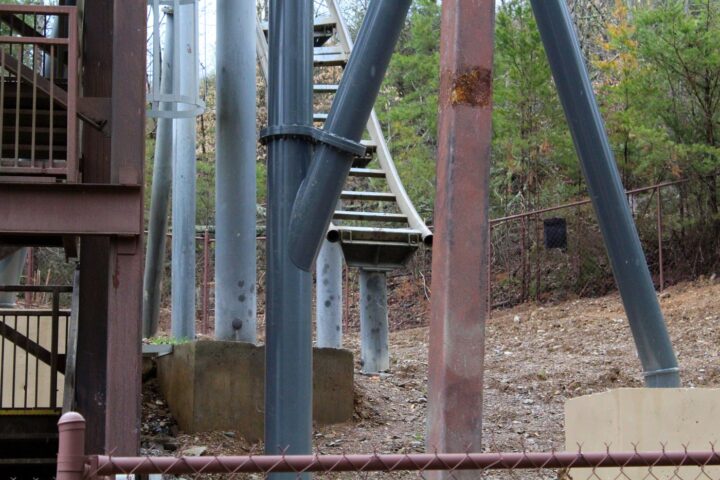 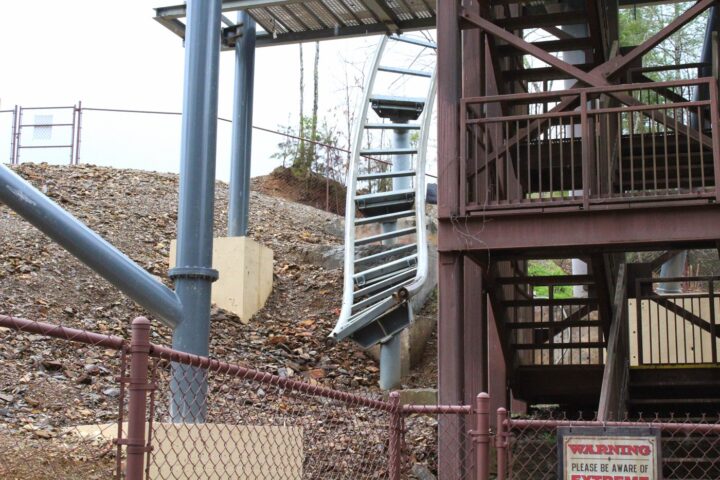 I liked that the U-turn element was preserved as a “fake-out” that seemed to confuse some of my fellow riders. 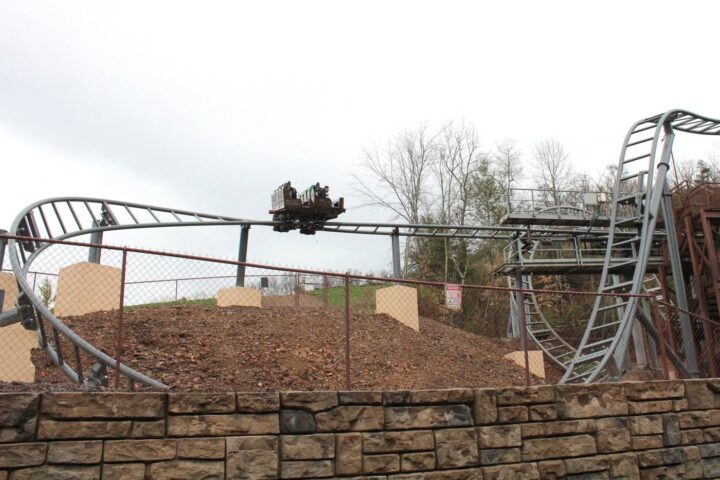 The orientation of the new drop makes it much more visible to onlookers. 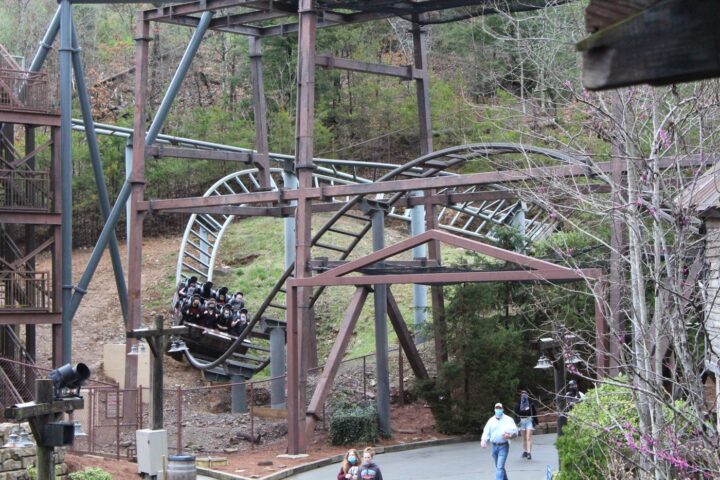 The second half of the (first) outdoor section remains the same. 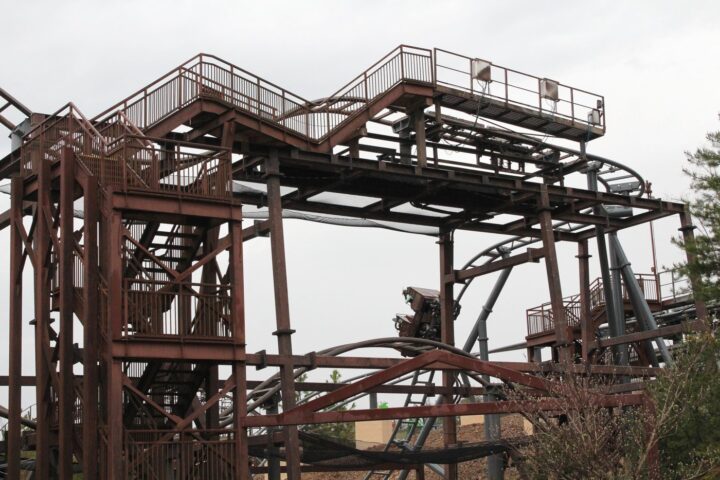 I do hope that the park is able to reintroduce theming/cladding to the bridge structure. It looks so bare without those decorative elements. 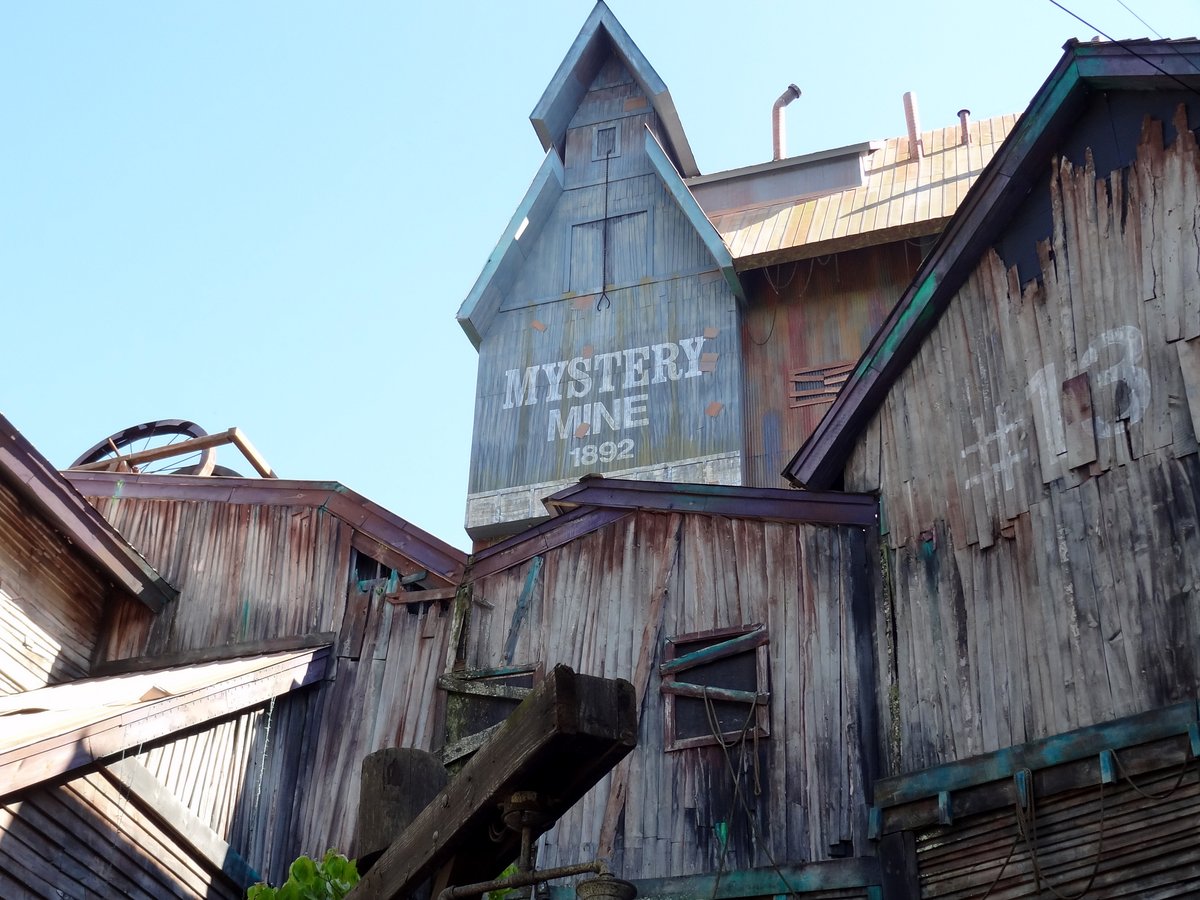 Mystery Mine isn’t the only coaster at Dollywood receiving new track in 2021. Lightning Rod also received new track over the off-season.

Have you ridden Mystery Mine since it reopened? Let us know what you think of the track changes in the comments section below.