California Theme Parks Could be Allowed to Reopen April 1

Disneyland could reopen as early as April 1, 2021 under the new California guidelines.

The new guidelines allow parks in California to reopen at 15% capacity as early as April 1, 2021 when their home counties reach the red, or second most restrictive, reopening tier. Those capacity levels will increase if a theme park’s county moves into the subsequent orange and yellow tiers.

While parks will be allowed to reopen, they will still be subject to restrictions such as limiting indoor dining and indoor rides and other attractions.

It’s important to note that these guidelines only allow California residents to visit the parks that have reopened.

The graphic below details the four tiers of California’s COVID-19 statewide metrics: 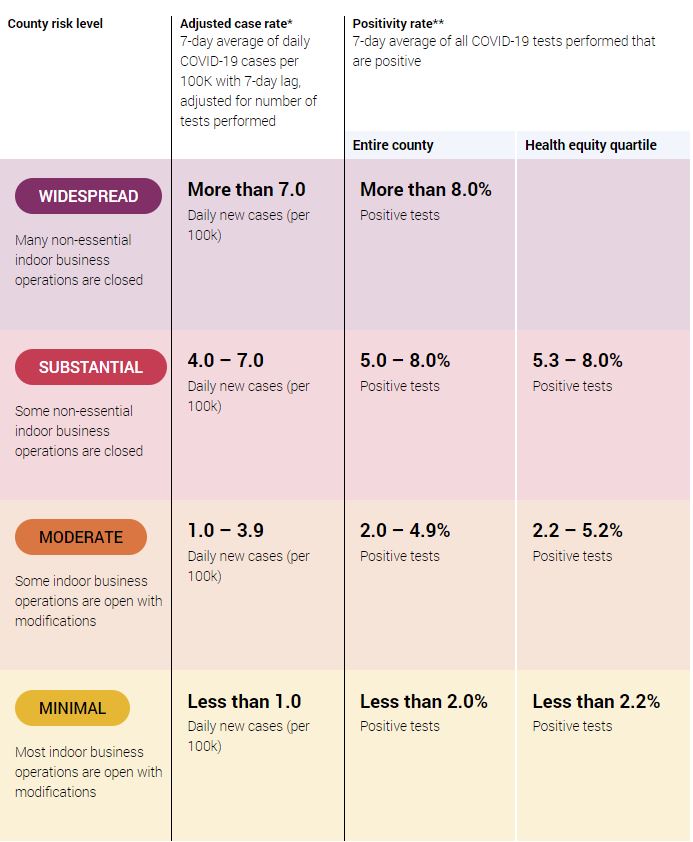 Below are the park capacity levels based on their counties’ respective tiers:

Below are the most popular amusement and theme parks in California and their respective home counties’ status (as of 3/5/21):

We will update this list as often as possible as counties move to new tiers. 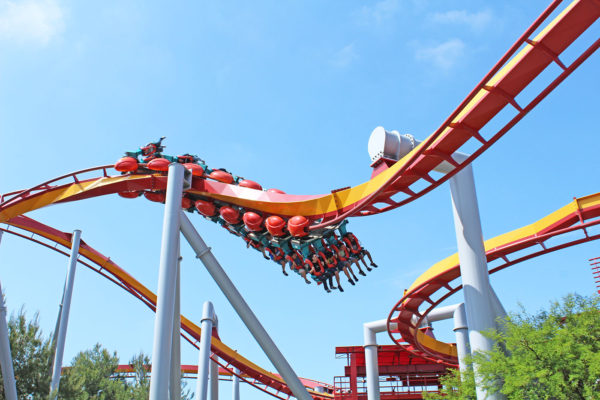 These new guidelines are significantly less stringent than the original set. Under those metrics, large theme parks would not have been allowed to reopen until they reached the yellow tier, which is only met by 1 new COVID-19 case per day per 100,000 people.

To learn more about California’s reopening plans, visit the state’s “Blueprint for a Safer Economy” website.

We will add California parks to our running list of 2021 theme park opening dates as they are announced.