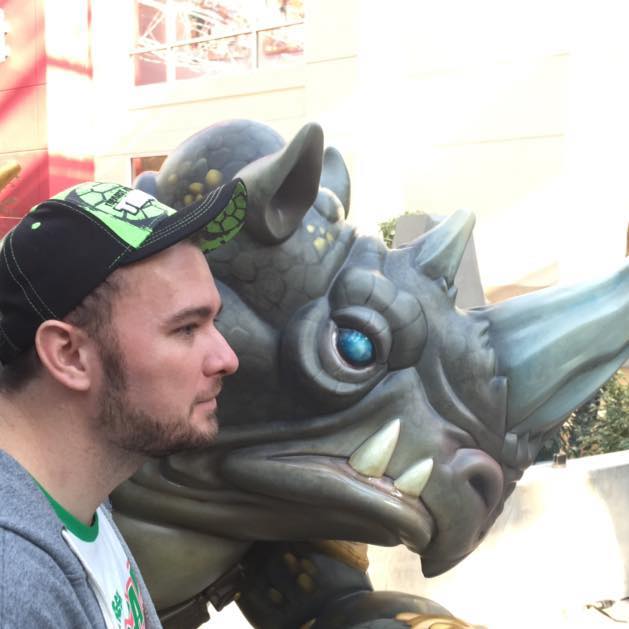 When COVID-19 struck, veteran themed entertainment creative Zane Jensch had a little extra time on his hands, but managed to stay connected with those in his industry for a basic level of communication and staying in touch.

“As a creative community, we were all looking after each other really well when everyone had to radically change our lives. We were really just checking on each other for the really important, life-critical stuff – are you and your family okay, does everyone have food and shelter, things like that,” Jensch recalled. “With that, we lost a lot of the silliness that typically came out out of the creative community — going to the bar after work and talking about an attraction that we would never build. Having that playtime and being absolutely ridiculous with one another.”

He knew he needed that creativity back in his life. Enter author and podcaster Ken Plume, a friend of Jensch’s for more than a decade.

“Ken is this magical font of all of pop culture. Everything seems to intersect at Ken Plume,” Jensch said. “Whenever we would talk about my job, which I can’t talk about because of NDA’s, I’d be trying to explain the process and it would usually come to a Dungeons and Dragons metaphor. I connected with Ken and said ‘Let’s put it on the calendar and dedicate this time where we’re going to put together all of my favorite creative people, and we’re just going to play. We’re just going to be silly’.”

It was through these calendar events that the “D&D-Ticket” podcast was born. 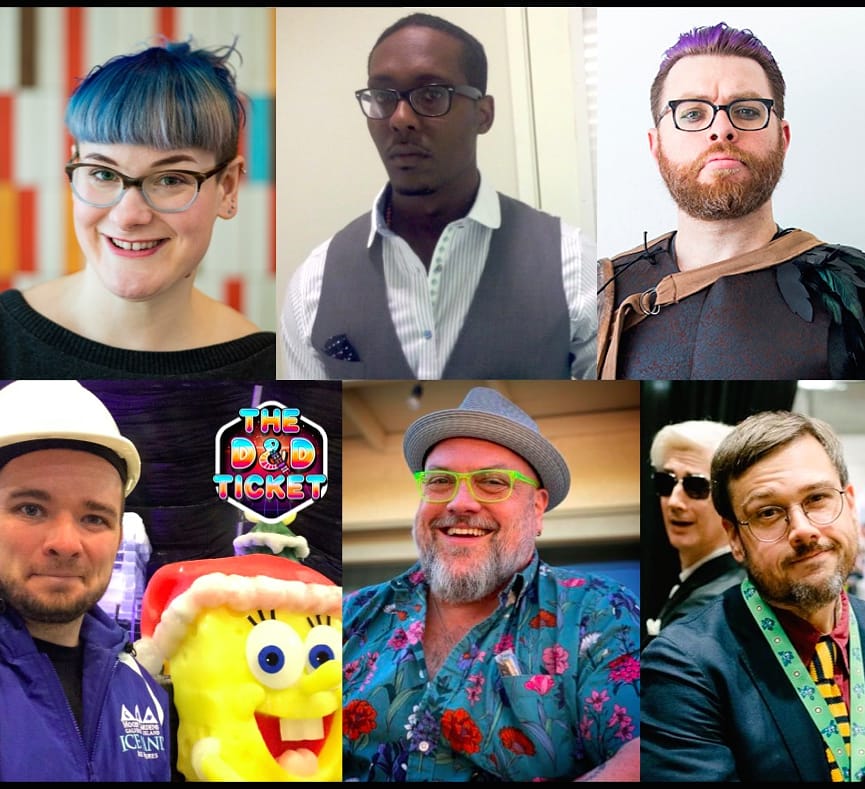 “The D&D-Ticket podcast is a ‘game night’ for themed entertainment creatives,” Jensch said. “Four to six, usually boozy, themed design experts and one special guest creative will get together and we’ll play a Dungeons and Dragons-inspired role-playing game. The game is inspired by the circus of absurdities – the creative problem solving, the international intrigue, the sketchy clients, the insane production hurdles – all of which collide in the entertainment design business.”

The D and D-Ticket Podcast can be found on iTunes/Apple Podcasts or at bit.ly/DandDticket.

The podcast got its start on October 30, and posts episodes on a semi-regular basis, depending on the schedule of the assembled panel. If you’re off-put by the title and are worried that it sounds too “Dungeons and Dragons”-y for you, do not fear. According to Jensch, there are no paladins, druids or warlocks, as the group plays a “watered down” version of the DND-inspired gameplay.

“Our version of D & D, for the show, is very much the cocktail party version, it is the lightest possible structure,” he said. “Comparing the D&D-Ticket to an actual “Dungeons and Dragons” campaign like saying ‘it’s a small world’ is the United Nations.” 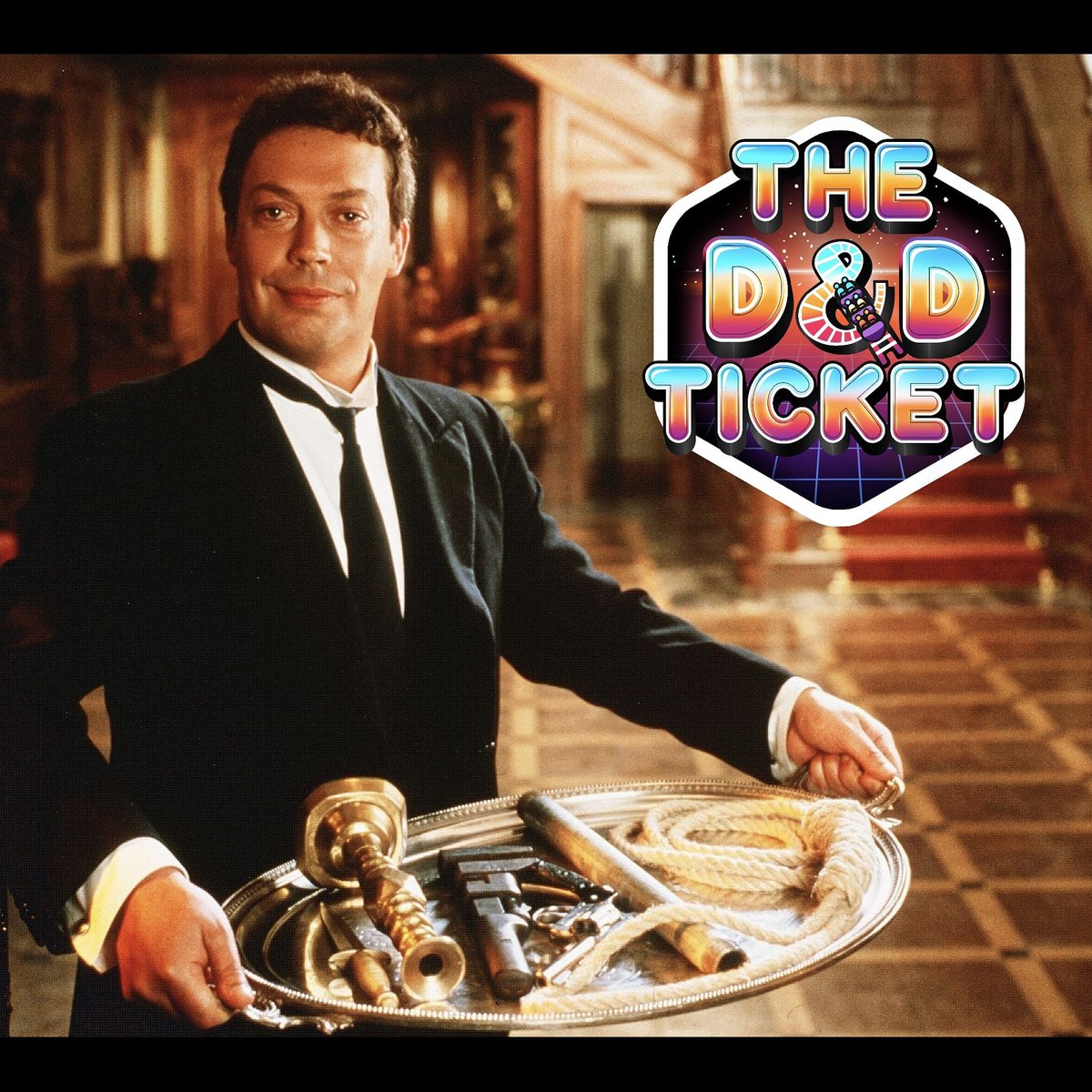 Each episode of the D&D-Ticket podcast begins with a series of introductions for the assembled creatives, who then roll the dice, figuratively and literally, and given their task of attraction development centered around a specific intellectual property. The attraction type, time frame, and other creative parameters all come from the roll of the dice, while the IP is announced by DM (Dungeon Master) Plume at the beginning of the discussion. While seemingly random, the IP is based upon how familiar the creatives are with each individual IP.

“We have a big long list of intellectual properties that was put together by Ken, by me, and by folks are coming on the show,” Jensch said. “There’s got to be 150-200 IP on there by now. We’ll send those out to the folks who will be a part of each game with a survey that basically says ‘I know this a bunch, I know this a little, I’ve never heard of this.’ There are things on the list that I haven’t even cracked yet.”

The surveys go to Plume, who decides the attraction theme based on the data, or sometimes goes completely rogue.

“There’s no wrong way to do it,” Jensch said. “The fun of the party game is not entirely dissimilar from our jobs. When someone will run in the door and say ‘you have 40 minutes to create an attraction based on Agent Cody Banks 2,‘ I don’t have time to run out and rent the movie, so you’re frantically trying to read the Wikipedia page and just try to do all of it on the fly.”

As for the role of the dice, while it could seem arbitrary, there is actually a “D&D-Ticket” manual, written by Jensch and Plume, that dictates what happens each time a die is rolled. Plume has charts and his book, and runs the game as he would as a traditional “Dungeons and Dragons” DM – with a “whimsical malice” (Jensch’s words) that a DM would have. 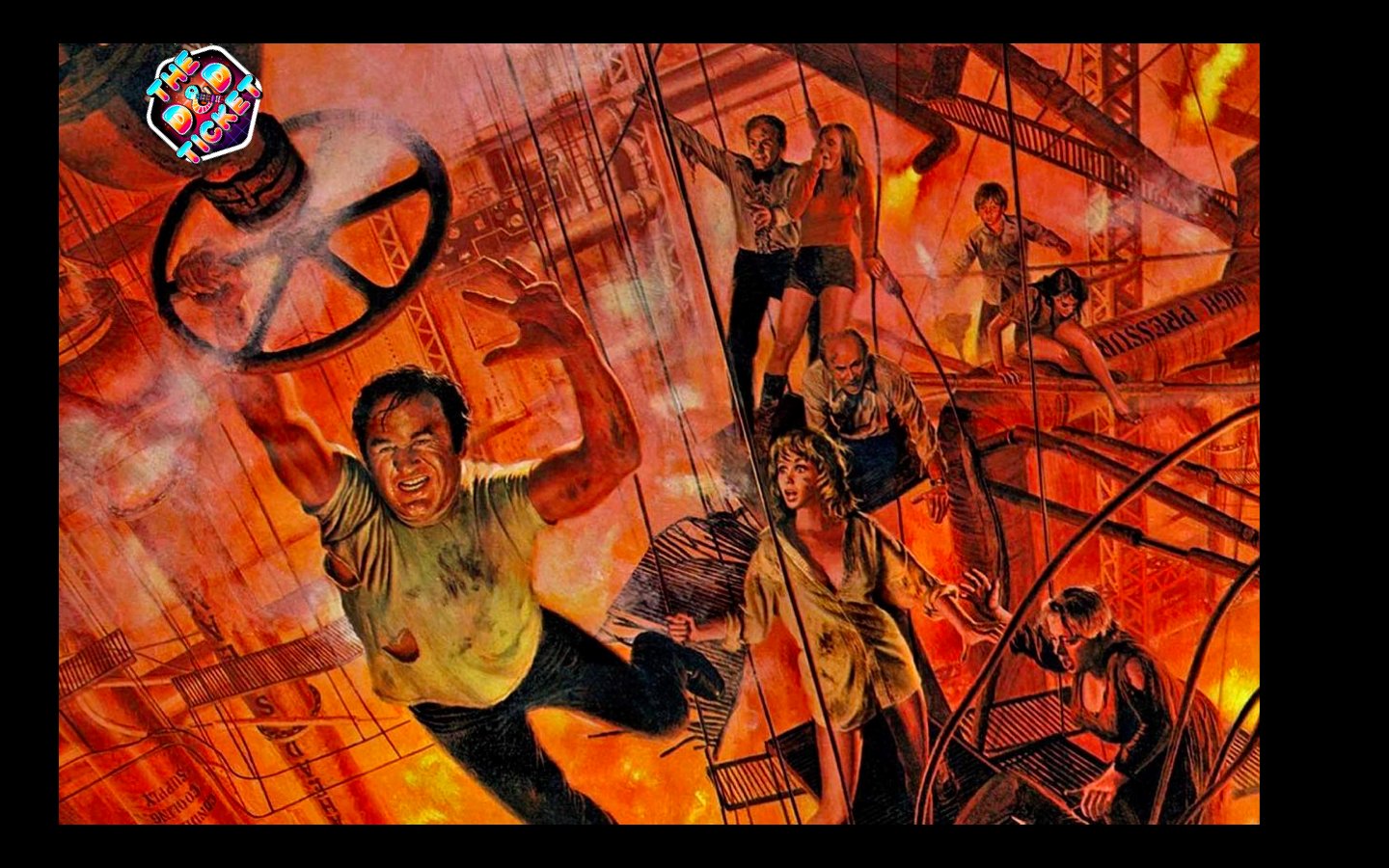 Part of that whimsical malice comes in the form of “Daxel,” a faceless theme park executive’s child who wants to have his own say in the creative process.

“When writing the manual, we wanted to include things that happen in the creative process, like intrusive executive moments,” Jensch said. “Bonnie Hallman, a brilliant creative director, christened this intrusion as ‘Daxel,’ the coked-up son of a CEO, which was something she improvised, but we’ve built on in every show. Daxel comes back and just haunts our process. He’s emblematic of anyone in the creative process whose personal whims steamroll teams of experts.

“Daxel isn’t based off or a commentary of one single person,” he continued. “He’s the notes you hear from clients and executives all the time — I hate trees. I hate hexagons. I don’t think [redacted] is about speed, it’s about warehouse parties and a slow moving bus, just picking hypothetical examples. Daxel has become our all-purpose avatar for dismissive, cynical, bad faith critique and leadership.”

As of this posting, there have been ten episodes of the D&D-Ticket podcast, with IP inspiration from films including Beetlejuice, Clue, Planes, Trains and Automobiles, and Spiderman: Into the Spiderverse. Each theme park creative, including past Coaster101 Podcast guests Dave Cobb and Cynthia Sharpe, brings their own unique style and sense of humor to the episode, resulting in one of the most chaotic and hilarious podcasts for anyone who claims to be a “theme park nerd.”

As the world gets back to normal, Jensch stresses that the podcast, which started as a pandemic project, will continue as long as the theme park creatives have time and an interest in playing.

“There’s no shortage of amazing collaborators who have asked ‘when are we playing again?’,” Jensch said. “The goal is to keep going as long as everyone has bandwidth. Even when people are deeply entrenched in a project, it’s important to have that creative valve in which to open up and just playful.

“We’re all having so much fun doing this, and it’s succeeded beyond my wildest dreams,” Jensch continued. “It’s been amazing getting to pull together all of my favorite people and have this ridiculous play time. We’ll go as long as everyone has bandwidth to do it. It’s just indicated to me that as a design community, we’ve all really missed this kind of playtime. It is the best part of my week.”

The D&D-Ticket Podcast can be found on iTunes/Apple Podcasts or at bit.ly/DandDticket. The podcast can also be found on Twitter and Instagram.

We’ve also included episode one below, for your listening pleasure!

Zane will be a future guest on the Coaster101 Podcast to talk about the D&D-Ticket, as well as his background in themed entertainment!