The next installment of our “20 in 2020” series takes us to Six Flags Fiesta Texas in San Antonio, Texas, to talk about the steel floorless coaster, Superman: Krypton Coaster.

“Experience the life of a Super Hero first hand” 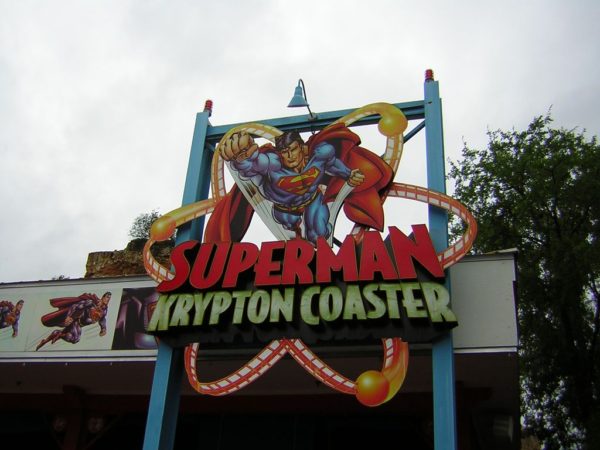 Superman: Krypton Coaster opened at Six Flags Fiesta Texas on March 11, 2000. At the time of opening, it was the park’s seventh coaster. Krypton Coaster stands at a height of 168 ft and has a length of 4,025 ft. The ride reaches a top speed of 70 mph and traverses through six inversions, placing it as one of the fastest looping coasters in the world. Like most B&M looping coasters, the ride runs 3 trains with 8 rows, seating 4 people across each row for a total of 32 riders per car. 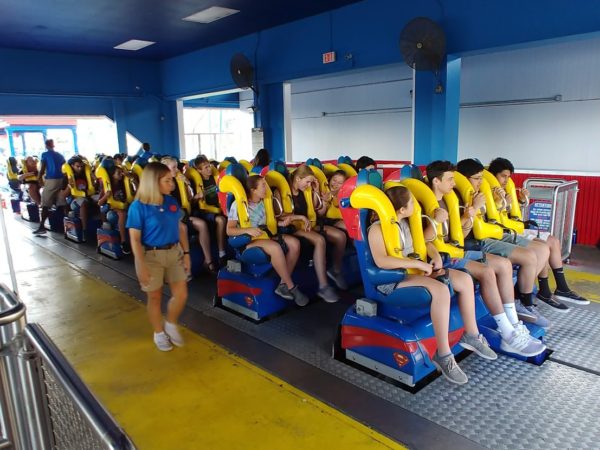 Krypton Coaster sits near the rear of the park in the Spassburg section. The ride sits against the wall of the limestone quarry that Six Flags Fiesta Texas was developed on. In fact, the park actually had to blast away a portion of the quarry wall to anchor a portion of the ride. Its location against the quarry wall makes Superman: Krypton Coaster one of the most picturesque coasters I’ve seen. 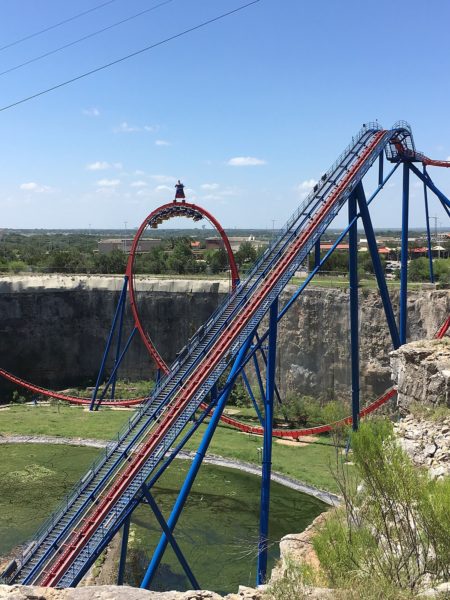 The ride then traverses the 145-foot-tall vertical loop, which was the largest vertical loop in the world until Full Throttle at Six Flags Magic Mountain surpassed it with a 160 ft loop. The sheer size of this loop means you get a bit of hangtime on the top of the loop before diving back down. Next, the ride swoops up and to the right for another interaction with the quarry wall, a 360 degree helix sitting on top of the wall. The interactions with the quarry wall makes Superman: Krypton Coaster one of the most unique coasters I’ve ridden. I always love a good terrain coaster! 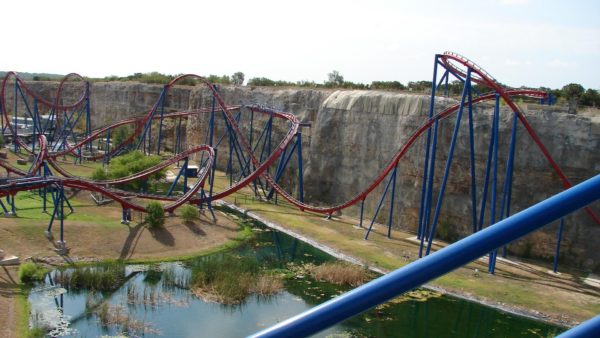 After exiting the helix, the ride dives back down the wall and up into a zero-g roll. Following the zero-g roll is a 78-foot-tall cobra roll that rises up directly next to Krypton Coaster’s sister coaster, Wonder Woman Golden Lasso Coaster. Krypton Coaster’s cobra roll is probably one of the most picturesque coaster elements I’ve ever seen. The pictures simply don’t do it justice. In fact, I’d have to say that Six Flags Fiesta Texas is probably the most scenic Six Flags parks that I’ve been to. 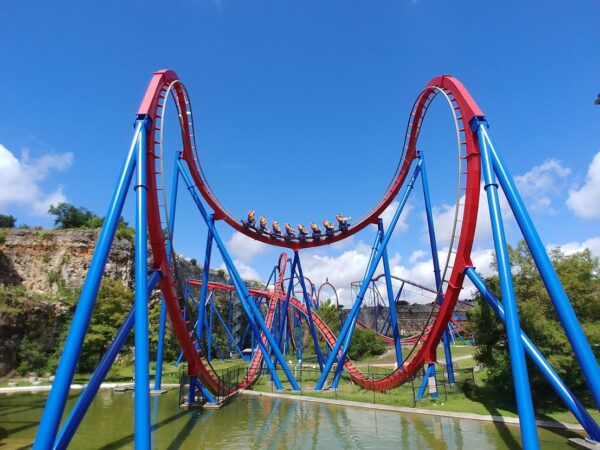 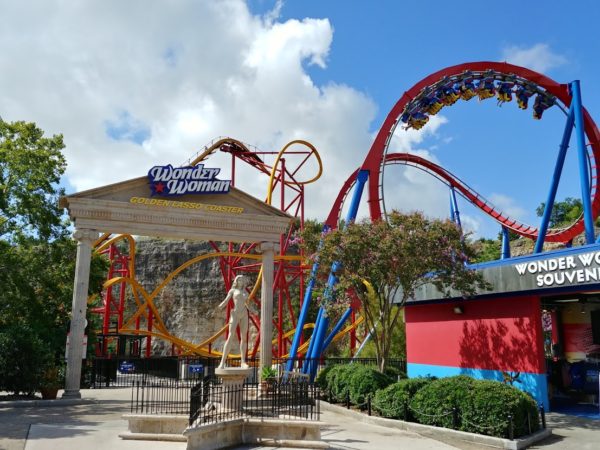 Following the cobra roll, the ride swoops up to the left into the mid-course brake run along the side of the quarry wall. After the brake run, the ride takes a sharp dive to the right into a pair of interlocking corkscrews. Finally, the ride rises up, banks right, and then takes one more dive before going back up into the final brake run and returning to the station.

In 2016, Six Flags added a VR experience to Superman: Krypton Coaster. The VR had riders encounter Lex Luthor and his anti-gravity gun, with Superman working to save everyone. However, the ride’s VR experience was short-lived and did not return after the summer of 2016.

Superman: Krypton Coaster remained as Six Flags Fiesta Texas’s newest coaster for several years until the opening of Tony Hawk’s Big Spin (now Pandemonium) in 2007, followed up in 2008 by the relocation of Six Flags New Orleans’ Batman: The Ride to the park, subsequently named Goliath. The ride was later joined by the RMC conversion of Rattler to the hybrid coaster, Iron Rattler, in 2013. Finally, the ride was joined by a pair of superhero-themed coasters, the 4D Free Spin Coaster Batman: The Ride in 2015, and Wonder Woman Lasso Coaster in 2018, giving the park a solid lineup of coasters.

Have you ridden Superman: Krypton Coaster? How does it compare to the other B&M floorless coasters? Feel free to add your thoughts! Also, for more information about Six Flags Fiesta Texas, please be sure to visit their website and follow them on Facebook, Instagram, and Twitter.