Sneak Peek at Guardians of the Galaxy Coaster at Epcot

Yesterday, Josh D’Amaro, chairman of Disney Parks, Experiences and Products, shared at the IAAPA Expo: Virtual Education Conference an update on some of the attractions coming to Disney parks over the next couple of years.

That update included an exciting glimpse of the ride vehicles of the under-construction Guardians of the Galaxy: Cosmic Rewind at Epcot, which Disney is touting as a “family-friendly ‘storytelling coaster.'” 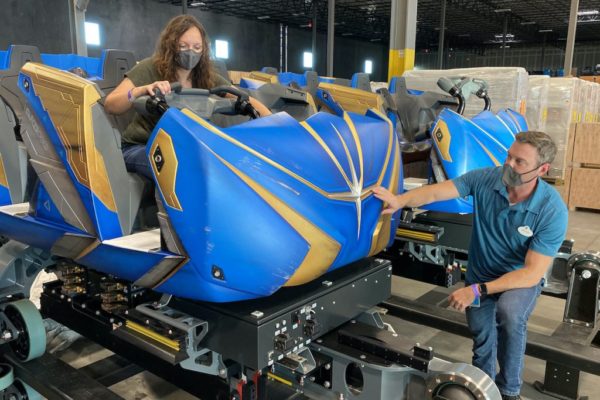 In an overview video shown at the Expo, we also saw a glimpse of the Guardians of the Galaxy: Cosmic Rewind layout:

The coaster will feature a groundbreaking ride system with vehicles that can rotate 360 degrees and “even do a reverse launch.”

The Omnicoaster is a first-of-its-kind programmable roller coaster ride system, where guests can be rotated along the ride track in any direction while traveling at high speeds. The Omnicoaster name builds upon the tradition of the Omnimover ride system in which Walt Disney Imagineers are able to turn guests in any direction and focus their attention on a specific scene or element.

See one of the rotating cars in action below: 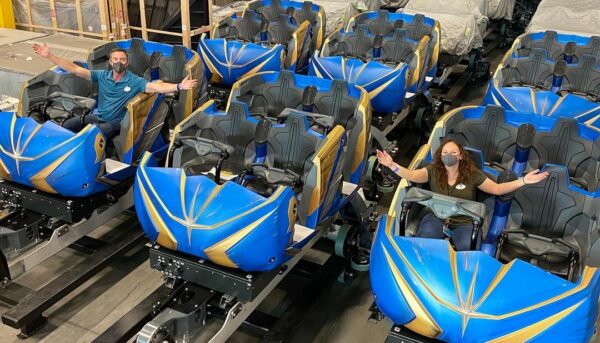 You can get a closer look at the trains’ details and rotating motion in this video from 2019:

Guardians of the Galaxy: Cosmic Rewind doesn’t have a set opening date or even year yet. It could be later this year or early 2022. The coaster is replacing the Ellen’s Energy Adventure attraction. It will be the first attraction at Walt Disney World to feature characters from the Marvel Universe.

What do you think of Guardians of the Galaxy: Cosmic Rewind at Epcot? Share your thoughts in the comments section below.