For the next stop in our 20 in 2020 series we are heading down the road to Cincy to what may be arguably one of the most infamous coasters of the last two decades. Son of Beast opened on April 28, 2000 ready to take the coaster world by storm but ultimately fell short and had its fair share of problems over its run at Kings Island.

The park had high hopes for The Beast’s sequel, but following in the footsteps of such a legendary coaster is tough. When the coaster was announced on May 11, 1999, fans could only imagine the potential a coaster named Son of Beast could have, especially being touted as the world’s first wooden hypercoaster.

Along with being the tallest wooden coaster at 218 feet, Son of Beast would break six additional records: 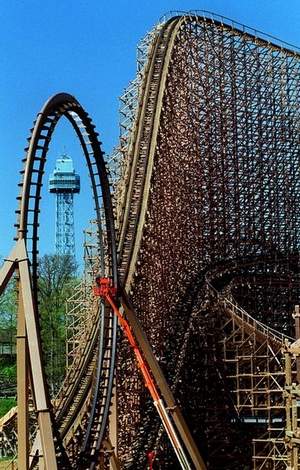 The coaster’s issues started before it even opened. The manufacturer, Roller Coaster Corporation of America, was fired during the construction and Paramount’s Kings Island decided to finish the ride themselves. The off season brought several design and structure changes, as well as a partial lift-hill collapse in January of 2000.

The woes continued for Son of Beast immediately upon opening. On day one, the ride was shut down to fix a a very rough section of track, and then reopened a month later. The coaster’s first year was full of hit or miss operation, with closures throughout the summer for more track problems or sensor malfunctions. Due to the amount of downtime and its terribly rough nature, the ride received very poor publicity and in November the park filed lawsuits on several companies for the poor quality of work that went into the coaster. 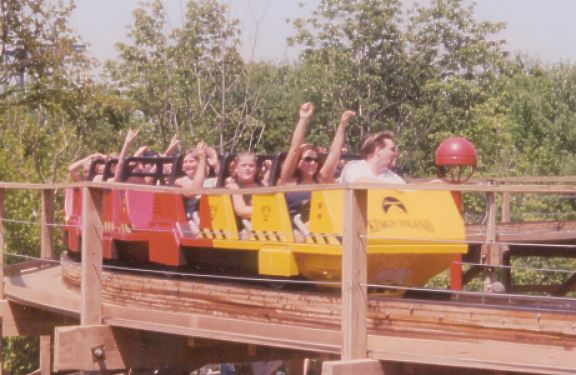 The original trains on Son of Beast were brightly colored and caution tape pattern (fitting?), parkvault.net

Fast forward to summer 2006 and we run into the first major incident on the ride. A wooden support beam cracked, causing a section of track to buckle, resulting in a train being brought to an abrupt stop. The jarring accident caused 27 people to come away with injuries. It was determined that the structure of the ride was not able to handle the weight of the track and the heavy Premier Rides-designed trains. That off-season Son of Beast was fitted with hand-me-down trains from the Hurricane at Myrtle Beach Pavilion. Unfortunately, the new Gerstlauer trains were too light to complete the 118 foot loop and the park made the decision to remove it and replace it with a straight section of track.

In 2009, a woman claimed to have gotten a neck injury on the ride despite not reporting it until days later. After much investigation, it was found that Kings Island was not at fault, but the second incident caused enough damage that Son of Beast would not open again. 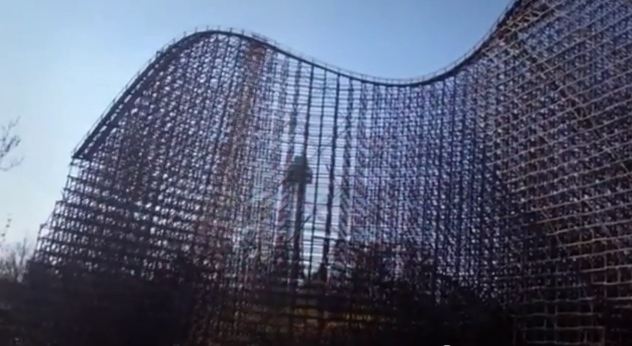 From 2009 to 2012 the coaster remained standing but not operating (SBNO). The coaster community started to wonder what would become of the structure and what could possibly replace Son of Beast in such a large expanse of land. Speculation only grew once the park announced that Son of Beast would be demolished that off-season. 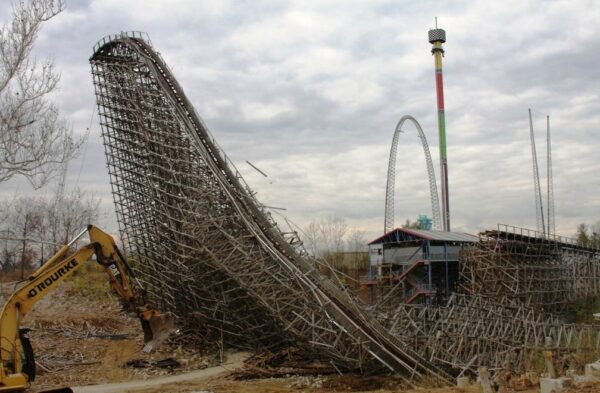 By the opening of the 2013 season, the skyline in Action Zone was missing its icon. Throughout that operating season Kings Island started to tease about a future attraction that would be built on the site. Scarecrows started to appear and distant screams would be heard on occasion – driving the coaster fans bonkers. 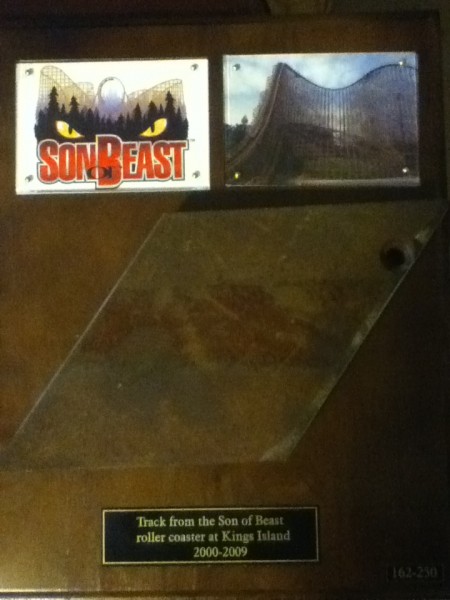 Kings Island sold limited edition plaques to enthusiasts, each with a small section of Son of Beast track attached.

In August of 2013, the park announced that Banshee, a world record breaking B&M invert would be emerging for the gravesite of Son of Beast. We were lucky enough to be at the park for the announcement and the excitement and energy from the guests was incredible. Banshee was the perfect (and much more reliable) replacement for the failed woodie. Kings Island even put a memorial to Son of Beast in the queue for Banshee, a fitting but subtle reminder of the history behind the new ride. 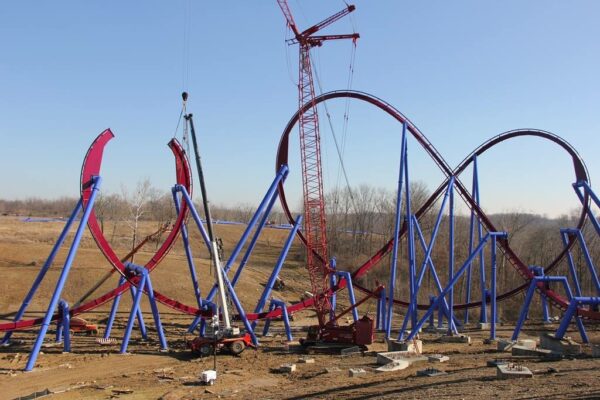 On paper and in pictures, Son of Beast appears to have been a world-class coaster. The massive wooden structure with an enormous drop, multiple helixes and loop made the expectations for the ride high. The reality was that Son of Beast was a bit awkward. While being large, the elements were not memorable and the ride was rough, very rough.

I was able to get a ride on Son of Beast in the early 2000’s before the loop was removed. I can say to this day that it was the most painful wooden coaster I’ve ever been on. The smoothest section on the layout was the steel loop. Looking back now, I realize how lucky I truly was able to experience the ride before it permanently closed (and even before the loop was taken out).

Since its closing, the coaster has gained a cult following and the park has even embraced the legend of the defunct ride with merchandise sales. If the structure had survived a few more years, the ride could have received the RMC treatment. Will we ever see another shot by the park at building a Beast sequel or a Son of Beast II? Let us know if you had a chance to ride Son of Beast and what your thoughts were on it!

Take a ride on Son of Beast!