While the main draw of Kings Island today is the heart-pounding roller coasters like Orion, Mystic Timbers, and Banshee, it wasn’t always this way. The first attraction to require an additional fee at the park was the Lion Country Safari, later renamed Wild Animal Safari and again to Wild Animal Habitat. More than 15 million guests rode the two mile long monorail in it’s twenty years of operation. Opened in 1974, up to 22,000 guests per day were carried in one of seven trains through expansive animal enclosures.

Ironically, calling it a monorail is a bit deceiving. The track was actually composed of two rails placed closely together. Electric train might have been a more accurate way to describe it. The track stayed mostly at ground level too. 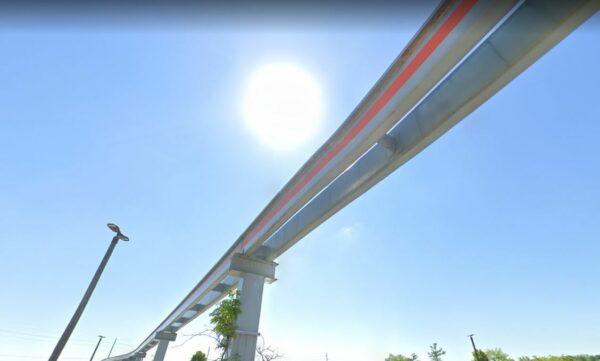 Maintaining the sensitive electrical connections resulted in a lot of headache and down time. Dwindling repeat riders led to the attraction’s closure in 1993. Some of the animals were donated to The Wilds in Zanesville, Ohio.

For the full, detailed history of the attraction check these articles here and here. Below is a video of the Kings Island monorail.

The monorail trains sat at Kings Island until 1998, when they were purchased by a local business for $1. Today, there are two Jungle Jim’s International Markets. The Eastgate location has one static monorail train on display prominently above the store’s main entrance.

Jungle Jim’s location in Fairfield is home to the monorail that DOES occasionally operate (at least it did pre-COVID). 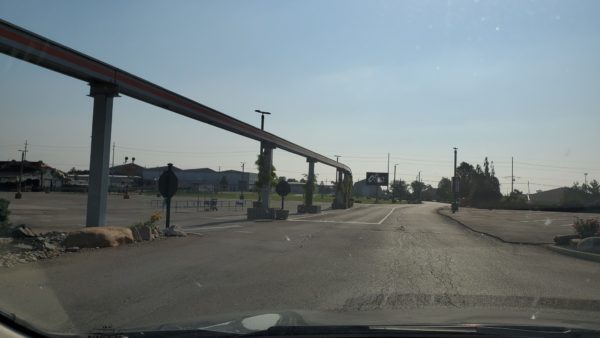 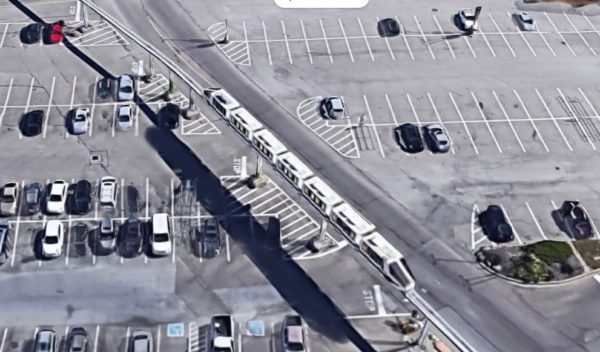 Guests are transported from the back parking lot and from Oscar Station (formerly known as the Snake House) to the Oscar Event Center. 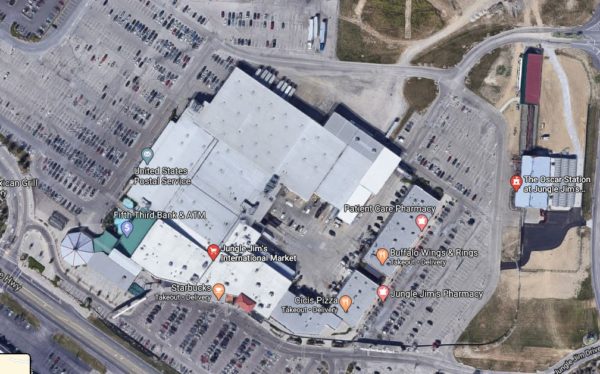 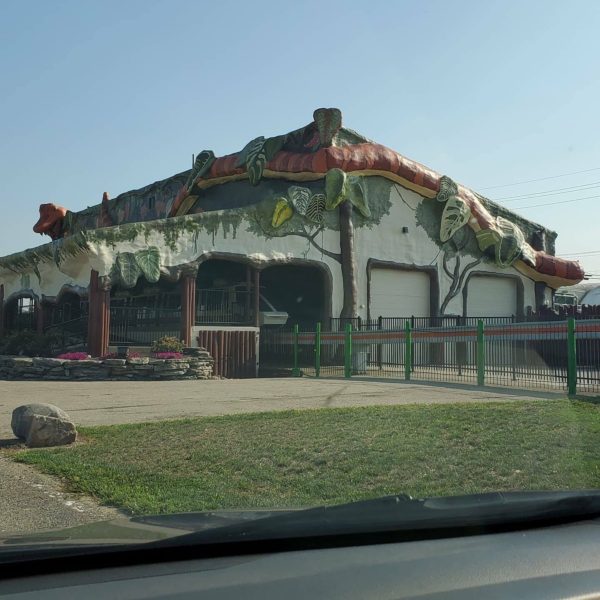 I believe the original plan was to have the monorail complete a full loop around the property. There are more supports in place with no track. However, the current track dead ends into a building so it looks like the monorail won’t be going any further anytime soon. Hard to tell but it looked like they have 3 or 4 monorail trains (with two being able to operate). 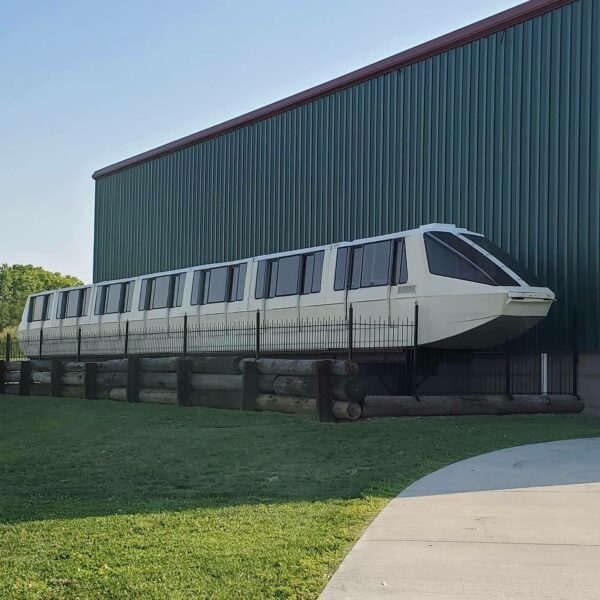 Theme parks fans will also enjoy talking a walk around and inside the store to see crazy theming, bumper cars, animatronics and more. 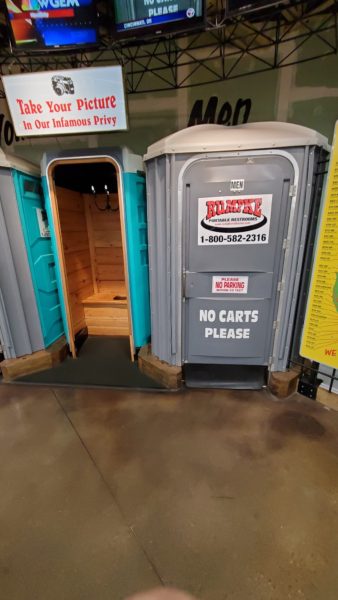 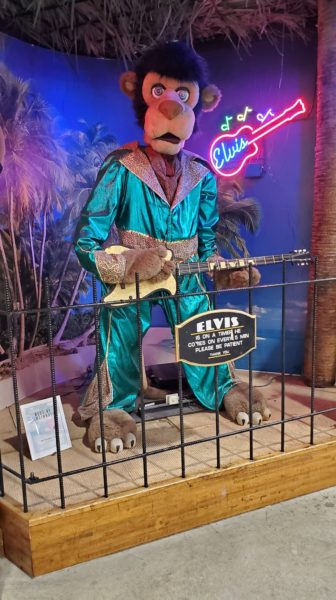 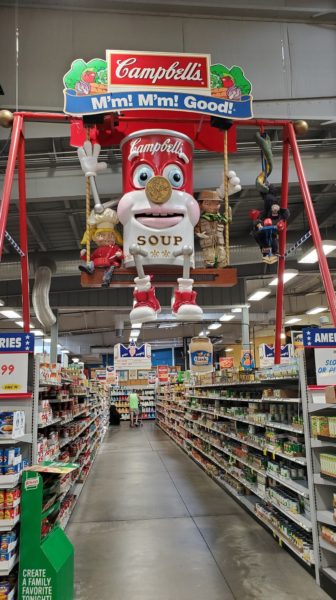 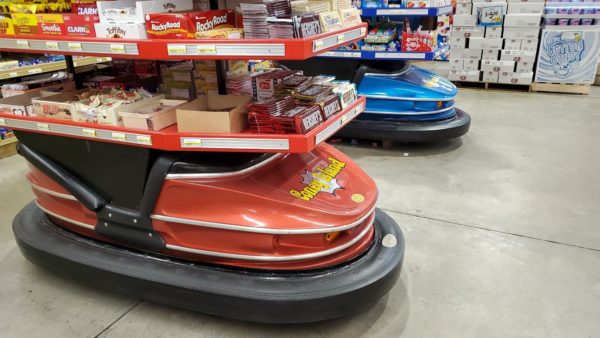 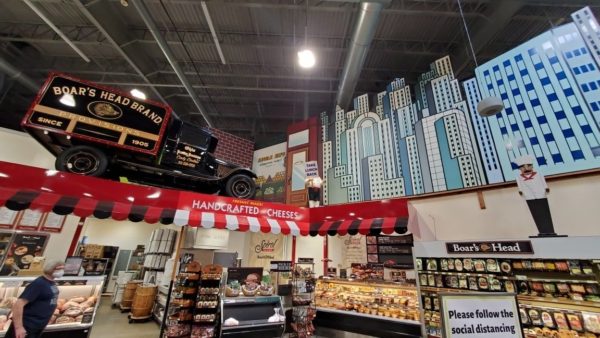 Check out our pictures of Kings Island from 1996.

Did you get to ride the monorails  at Kings Island or now at Jungle Jim’s? Let us know in the comments below.