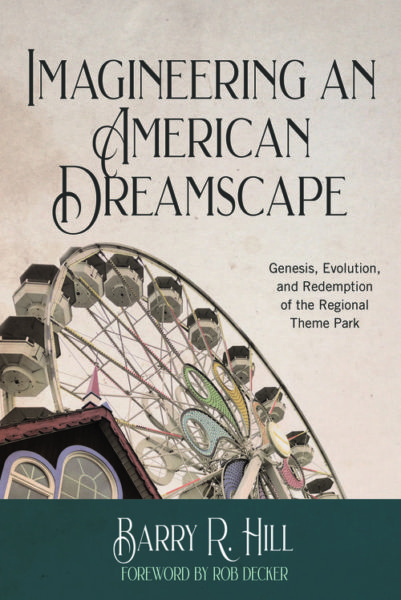 The concept of a theme park — although popularized by Walt Disney — extends far beyond the boundaries of Mickey Mouse and big-shot movie studios.

Imagineering an American Dreamscape: Genesis, Evolution, and Redemption of the Regional Theme Park, by Barry R. Hill, is a fascinating analysis of the journey of the “regional” theme park from its early roots and its Disney-inspired growth in popularity.

The foreword is penned by industry veteran Rob Decker, the former senior vice president of planning and design for Cedar Fair with experience as an architect, urban designer and themed entertainment developer. His 35 years of experience with 30+ parks — such as Universal Studios Florida and Six Flags Fiesta Texas — makes him a fitting voice to introduce Barry’s rich analysis of the regional theme park.

The first chapter of the book begins with Walt Disney’s early visits to themed attractions such as Tivoli Gardens in Denmark which in part kickstarted his journey to bring Disneyland to life. 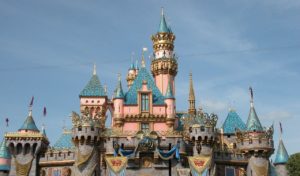 But as integral of a role that Disney played in the design of the regional theme parks that we know today, he was not solely responsible for the concept.

Barry discusses a troop of other theme park pioneers who were pivotal in the various components that contribute to today’s theme park experience, such as Angus Wynne who built Six Flags Over Texas, the first in the Six Flags chain of parks.

Barry details the humble yet impactful beginnings of early theme parks such as Magic Mountain in California and Six Flags Over Texas as well as the minds who brought these parks to life. He discusses the parallels between those parks and Disneyland but also the differences.

I was shocked at the number of parks Barry was able to incorporate into the book. Two of my favorite parks growing up as a child, Opryland USA and Libertyland, both Tennessee theme parks that closed in the late 1990s and mid-2000s, respectively, are detailed in the book. While he was understandably unable to include every regional theme park in the US, you’ve likely visited at least one of them in your lifetime.

Parks analyzed in the book include (but are certainly not limited to):

The surprising tidbits of information and park trivia sprinkled throughout the book kept me turning from page to page. Although I’ve researched some of these parks rather extensively in my career as a coaster and theme park enthusiast, I learned at least one thing (usually many things) about each of them.

But while the book explores the designs of these parks in detail, it just as closely examines the minds who brought these parks to life. One name in particular who receives a significant amount of attention is Randall Duell, an American architect and Hollywood film art director who is near universally considered a legend in the world of theme park design. His “Duell loop” concept — a circular path around a theme park — is commonplace in theme parks new and old. His company, R. Duell and Associates, was responsible for the designs of over 40 parks such as Astroworld, Magic Mountain, Six Flags Over Texas and Opryland USA.

France and Spain lands at Six Flags Over Georgia

Although some elements of the classic theme park have waned in recent years as business models and budgets shift, the book concludes with a hopeful outlook on the industry, pointing to initiatives and attractions such as Ghost Town Alive! at Knott’s Berry Farm, which brings to “life” a ghost town and allows guests to interact with actors posting as western characters.

Barry does a tremendous job citing his sources. This attention-to-detail in research is not the norm for books about the industry, especially when detailed histories of these smaller parks can be difficult to unearth (speaking from experience). The bibliography and notes sections sent me down a rabbit hole of additional reading after I finished the book.

I also had the chance to ask Barry some questions about his background and experience writing Imagineering an American Dreamscape: 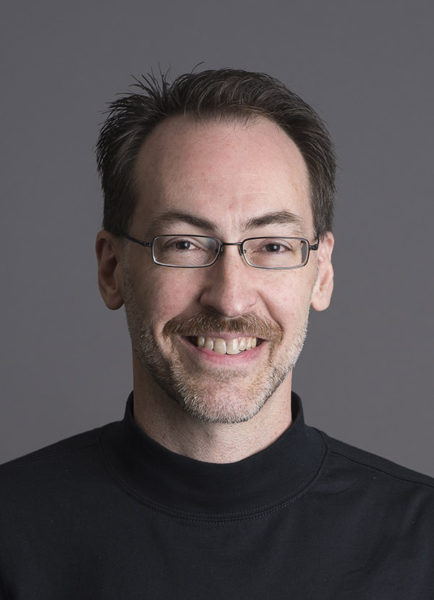 C101: Can you tell me a little bit about your background?

Barry: I’m a college professor who teaches audio engineering. And I write a lot, with a few audio-related books, articles and so on. I design and produce the Themed Attraction Podcast, featuring interviews with designers and former Imagineers. And of course a park and coaster junkie, traveling around with my son riding rides and analyzing theming, design, etc.

How did you become interested in the designs and histories of regional theme parks?

When I was very young, my parents took me to see some new place called Carowinds the year it opened. I’ve been hooked ever since, even working there in the entertainment department during college. There was something magical about the environment, the sights, sounds and experiences that you just don’t see in everyday life. An early trip to the Magic Kingdom in Florida (back when it was the only park on property) pushed that along even further. I’m fascinated about the design behind the parks. Of course there’s lots on Disney, which is great, but practically nothing on the regionals.

What motivated you to write this book?

I attended a TEA SATE conference several years ago and met Mel McGowan, former Imagineer who was running his own design firm. Then in early 2017, the Season Pass Podcast released an interview with Ira West, who was Randall Duell’s chief designer for decades (Duell’s company did nearly all of these regional parks). It was a fascinating discussion, hearing straight from the guy who was there. And the other guy in the room was Mel! Turns out Ira was a mentor for Mel, and they were very close. Ira passed away shortly afterward, and so I ran an idea by Mel about telling Ira’s story, along with Randall and what they accomplished. Over time it morphed into what it is now, telling a broader story of the regionals that no one had tackled before.

How long did it take you to write it?

Off and on probably four years or so. Life gets in the way, you know? And doing it right takes a lot of time and detail to make sure what’s in the book is as accurate as possible. 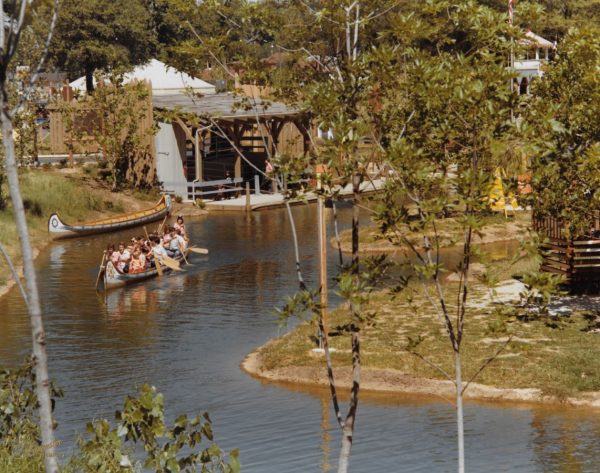 A map of the former Libertyland amusement park, which was designed by R. Duell and Associates

Where all did you find this (very detailed) historical information about these parks?

That’s a challenge. There are zillions of books and resources on Disney, mostly based on good information, some not, but if you know what to look at and what to skip you can get most of the story. There’s practically nothing on the regionals. Even though this is written as a fun book to read, as an academic it was important to me to get as much as I could find and ensure it was accurate. Too much of what you see posted and written is recycled stuff from unknown origins—you see the same “facts” over and over.

Along with the parks themselves, I wanted to tell the stories of the individuals behind them, such as Lamar Hunt of Worlds of Fun, Gary Wachs of Kings Island, the colorful Warner LeRoy of Great Adventure and others. There are a few very good biographies, a handful of academic books and some local individuals who helped clarify details on the early years of their park. I have a decent vintage map collection that shows the original design of the parks. And I dug deep for original news sources from the time period; that furnished a great deal of facts, park descriptions, business issues and a few fun stories. The biggest loss was not only from Ira passing away, but Randall Duell’s company records that were destroyed after they closed the business in 2001. For sure I missed a few things; that’s inevitable, but I’ve got hundreds of sources in my Dropbox, as you’ll see throughout the book. I can’t stand reading stuff when you have no idea where it came from. 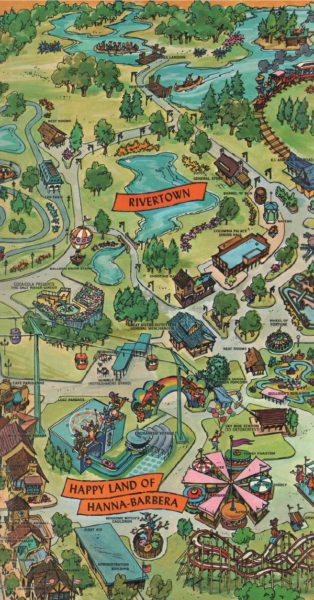 Rivertown and Happy Land of Hanna-Barbera at Kings Island

C101: That’s a pretty impressive name to pen your foreword. How did you get connected with Rob?

I mentioned earlier my great friend Mel McGowan, who is a co-host of the Themed Attraction Podcast. He knows just about everybody, so he helped make the initial connection (it took another link in the chain as Rob had recently retired from Cedar Fair). I told Rob what I was working on, sent him a sample and he was pretty excited about the project. I mean really—he was one of the people most instrumental in making the Redemption chapter come about. Rob led the way spear-heading the resurgence of story, theme and heritage of these parks. So, the perfect guy for this!

C101: What advice do you have for someone interested in writing a book about roller coasters or the amusement industry?

Find a topic you absolutely love or else it’ll wear you down. Then do us all a favor and take the time and effort to make sure it’s done well. If you’re telling the history of some aspect of the industry, details, sources and accuracy matters. And find someone to help you who knows what they’re doing to make sure it’s a quality product you and everyone else can be proud of.

Update: Congratulations to Zack S. for winning the giveaway!

For a chance to win a copy of Imagineering an American Dreamscape: Genesis, Evolution, and Redemption of the Regional Theme Park, leave a comment below letting us know what theme park or theme parks — not including Disney or Universal — do you think has the most beautiful design.

Where to buy Imagineering an American Dreamscape

Imagineering an American Dreamscape: Genesis, Evolution, and Redemption of the Regional Theme Park is available for purchase from these online retailers and bookstores:

The book may also be available at your local bookstore.

We’d like to thank Barry for sending us a copy of his book for review. It’s a fascinating read and would make a great gift for any roller coaster or theme park enthusiast. It will provide a dose of nostalgia and a fun trip down memory lane if you’ve visited any of the parks covered.

To learn more about the book, visit Barry’s website, Rivershore Creative. And when you’ve finished the book, I highly recommend subscribing to the Themed Attraction Podcast.