Earlier today, Intamin Rides, creators of iconic roller coaster such as Millennium Force and Intimidator 305, unveiled videos for four new roller coaster models. Let’s take a look and break each one of them down. 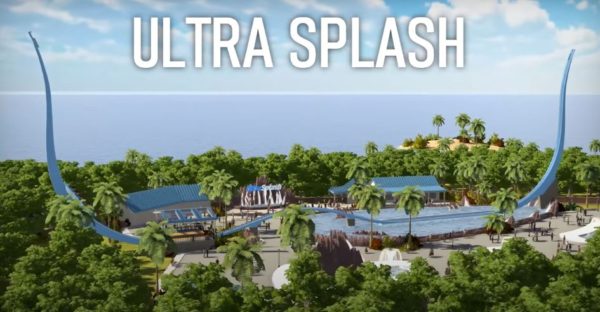 First up is the Ultra Splash, a shuttle water coaster very similar to Mack Rides Power Splash model. The main differences being the track uses a new single rail design and the capacity of the boat fits 24 passengers instead of 20. Mack does hold a patent for their ride, so I’d be interested to know how Intamin is getting around it. The Mack Power Splash works by controlling the water level and not raising and lowering the track, but their patent does call out both methods. 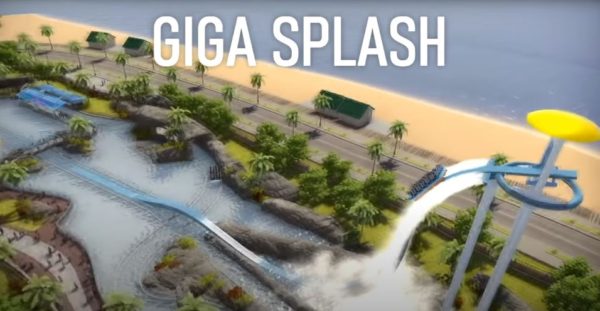 The next concept is the Giga Splash water coaster. The ride is basically the new and improved version of Pilgrim’s Plunge that resided at Holiday World from 2009 – 2014. After drifting through a water channel around several turns the boats are taken up a 285 degree panoramic elevator lift to the top of the 131 foot tower. An 87 degree drop follows and leads right into an airtime hill before splashing down. The coaster portion of the ride uses the single rail track again. 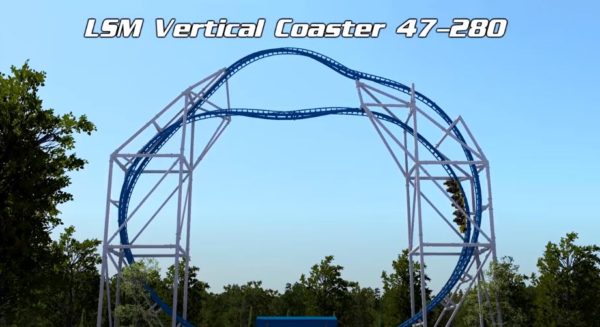 Moving away from water coasters, let’s take a look at the Vertical LSM coaster, which uses the more traditional Intamin steel coaster track. They’re billing it as “the most compact triple launch coaster in the world” and also claiming it has the world’s first upside down launch experience and first “zig zag loop” (whatever that means). 47 meters puts the height at around 154 feet. It seems this model is intended to compete with not only Premier’s Sky Rocket II models but also Skyline Attractions Eclipse. GatorAndrew on Twitter was quick to point out the similarities in the models: 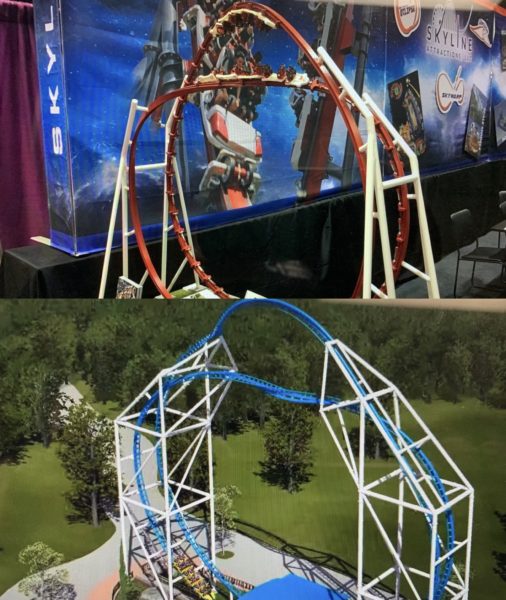 Watch a video of the Vertical LSM Coaster below.

The fourth and final concept may be the most interesting for coaster enthusiasts: three unique layouts for their new single rail coaster model they’re calling “Hot Racer.” 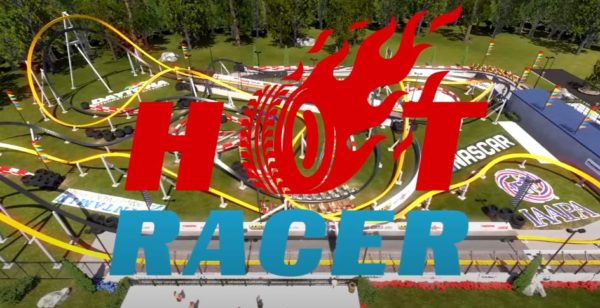 Next is Overdrive, a compact race course with a double launch. 1778 feet long. Features a “wallride dive” element which looks like Intamin’s answer to RMC’s wave turn. 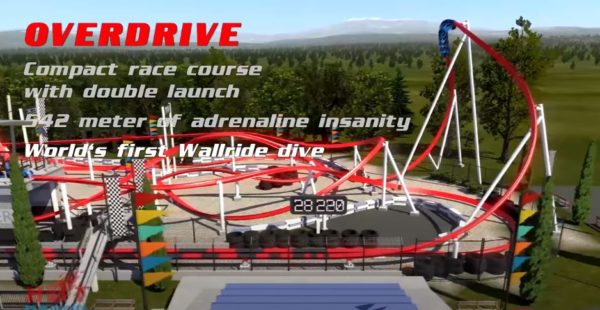 Third and final is the Autodrome, world record holder for most dueling elements within the 3,343 feet of track. Not sure what they define as “dueling” as nothing in the video shows the trains headed at each other, so I would only classify this as a racing coaster, not dueling. Either way, this is Intamin’s answer to West Coaster Racer at Six Flags Magic Mountain by Premier Rides.

What do you think of the new Intamin Rides models? Which one is your favorite? Which will we see first? Are they too close in design to other coaster manufacturer’s ideas? Let us know in the comments below.