In 2019, Hersheypark debuted an all new Sally dark ride shooter, Reese’s Cupfusion, which replaced their Reese’s Xtreme Cup Challenge. While competitive scoring is still the basis of the ride, Cupfusion provided a much needed update to the 13 year old attraction. The Coaster101 team was not able to take a spin on the new ride until last week when we visited the park to preview the new-for-2020 hyper coaster Candymonium and we were very impressed! 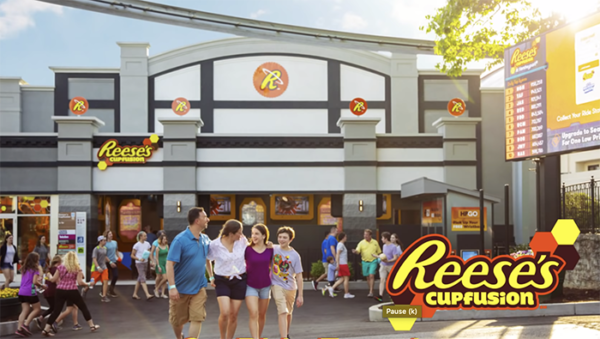 There are a ton of good dark ride shooters out there, but in our experience sometimes they lack in story and user-friendliness. Reese’s Cupfusion was a very different experience and here are our reasons why:

Unlike Justice League: Battle for Metropolis or the Boo Blasters rides, Cupfusion has a more family friendly vibe to it. The ride building is well-lit and the villain is a goofy looking candy mint. Those younger riders who may have been too timid to ride other dark ride shooters, would feel comfortable getting on this one. Even the ending climax scene isn’t too intense and involves a giant bubble gum blob monster. 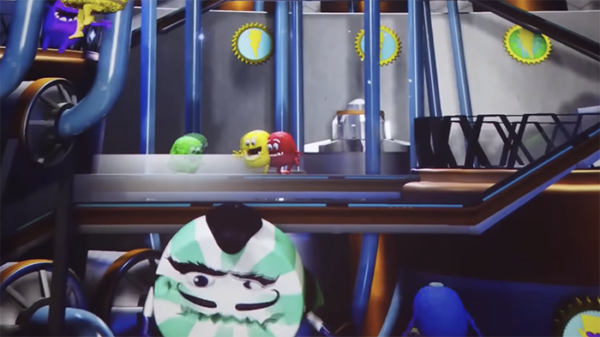 While you are in the queue for Cupfusion, there are multiple screens playing a looping video telling the story of the ride. The premise of the ride is that Mint and his league of misfit candies are out to steel the Crystal Cup from the factory. The Crystal Cup collects “Reese’s Spirit” from the people who love peanut butter and chocolate and uses that energy to power the factory. The riders are new recruits that are here to help protect the factory from Mint and his minions. 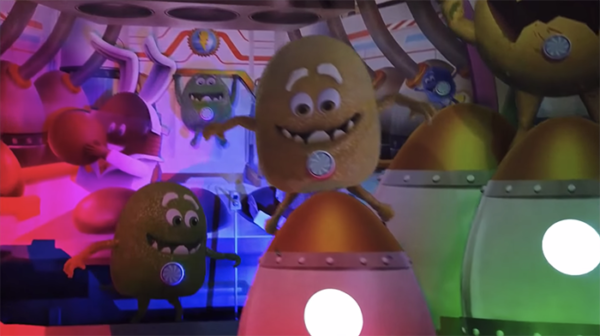 Hershey did a great job laying out the storyline in the queue, it is very clear and easy to understand. There are also giant signs that explain the targets and layout of the ride vehicle and track route. The creativity behind the characters was very well done as well. The misfit candies are those often unpopular holiday favorites and disregarded sweets, such as candy corn, gumdrops, and Valentine’s Day hearts. 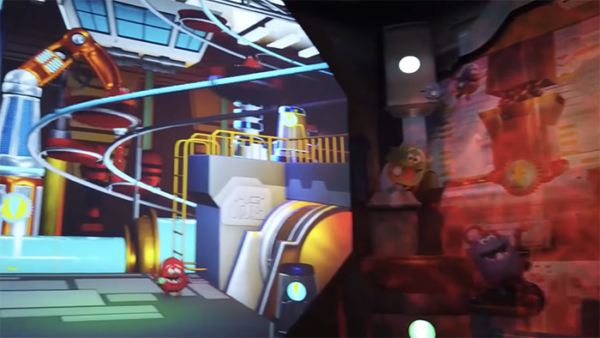 Generally a dark ride shooter involves either screens or physical targets, but Cupfusion has both! As you go through the scenes, there are large screens surrounded by physical versions of the misfits and factory elements with obvious target marks on them. It was very fun to be able to jump from these close up (easier) physical targets to the screens where smaller, more valuable points were hidden.

The challenge level of hitting the targets was perfect. In other rides the targets almost seem impossible to hit, but in Cupfusion even the furthest back ones were hit-able (but are definitely more difficult than the targets up front). 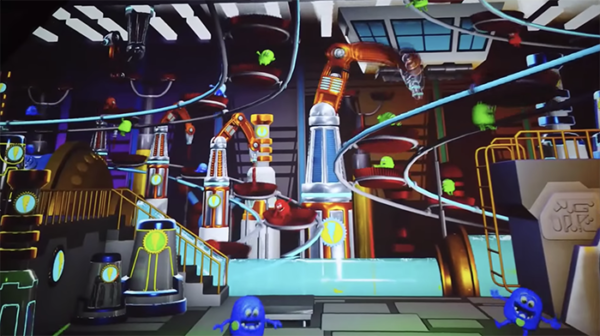 The element of Cupfusion that stood out the most to us that set it apart from similar rides was its responsiveness. The lasers were straight, easy to follow, and aim. When you hit a target it would immediately respond in some manner (either moving or spinning out of control) and your stun gun would also vibrate. Sometimes it can be hard to tell when you hit a target on dark rides, but here it was very clear and made the experience much more satisfying.

The attention to detail in the individual factory scenes and the space in-between was incredible. The depth of the scenes and target layers were clear and deep without being too much to take in. The graphics were crisp and clear and the sound effects were in-line with what was going on in the video. We loved how the physical characters were used as a transition between the different scenes. Something else that was a nice touch was the subtle scents as you maneuvered through the factory rooms, getting wafts of chocolate and bubble gum. 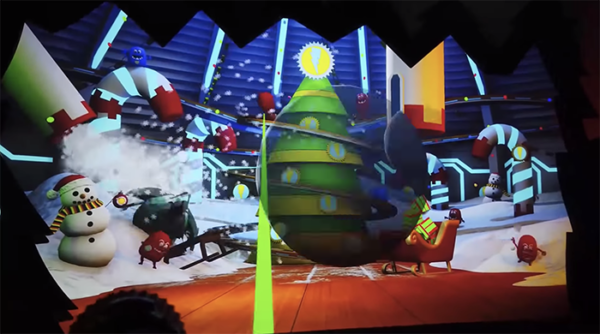 What were your thoughts on Reese’s Cupfusion? Do you agree with us that is is one of the best dark ride shooters out there or do you have a different favorite?

And for more on Hersheypark and Cupfusion, check out our latest episode of the Coaster101 podcast!