15 to 15: Our 15 Favorite Coaster Construction Tours

Over the last 15 years, the Coaster101 team has had the opportunity to tour numerous roller coaster construction sites. These tours have given us up-close looks at a new coasters’ shiny track, freshly cut timber or glistening trains.

As we celebrate 15 years online, we’re looking back at some of our favorite content in the years since our debut — with 15 giveaways along the way (see the end of this post for details on today’s giveaway).

Below are 15 of our favorite coaster construction tours:

On a visit to Carowinds on New Year’s Eve in 2018, resident Carowinds expert Andrew was in the right place at the right time when he ran into Steve Jackson, Carowinds’ director of maintenance and construction. The ensuing conversation eventually led to a surprise construction tour of the park’s new-for-2019 Copperhead Strike multi-launch coaster. 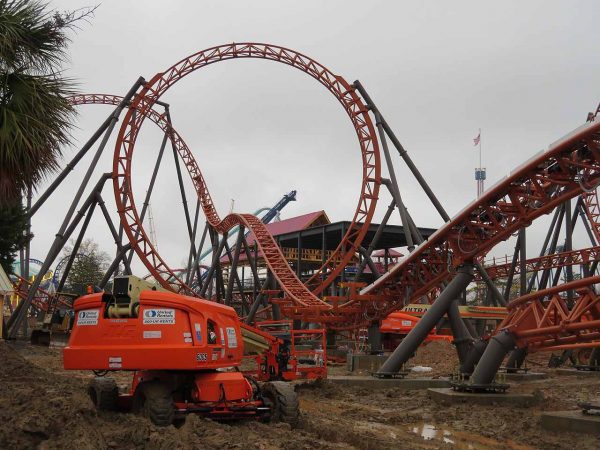 See more photos from this surprise construction tour here. You can see Andrew’s many other Copperhead Strike construction reports here.

Before Copperhead Strike, there was Fury 325. Andrew again provided frequent coverage from Carowinds, this time for construction of the park’s Bolliger & Mabillard (B&M) giga coaster, Fury 325. In one visit, he was able to witness the final piece of the 325-foot-tall lift tall be hoisted and secured in place. 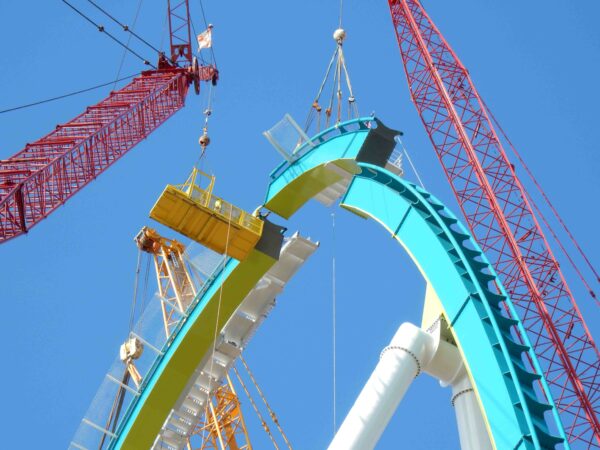 Before spending the entire summer of 2014 just a short drive from Six Flags Great America, I visited the park in March for an up-close, pre-season look at the Goliath construction site. The record-breaking custom RMC wooden coaster was already shaping up for its June debut. 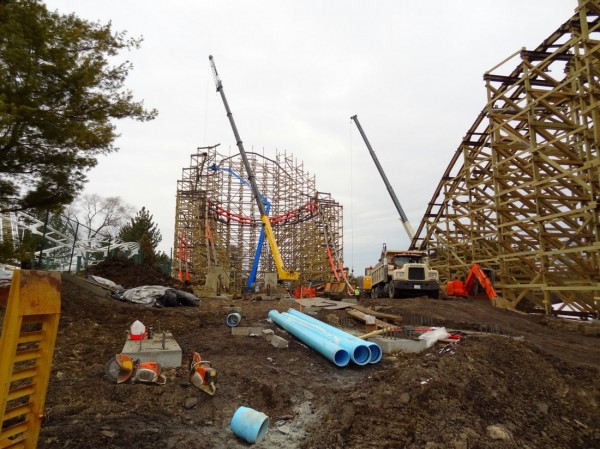 While we thought we’d be riding Iron Gwazi by now, the ongoing coronavirus pandemic had other plans. Thankfully, Andrew visited the park in November and took some amazing photos of the coaster under construction. While the park will reopen soon, we still don’t know when Iron Gwazi will make its grand debut. 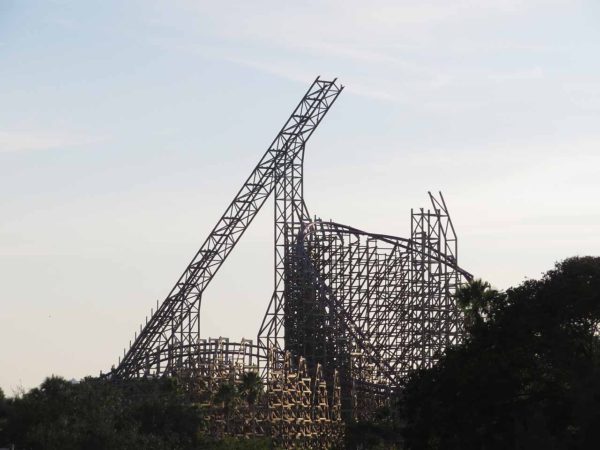 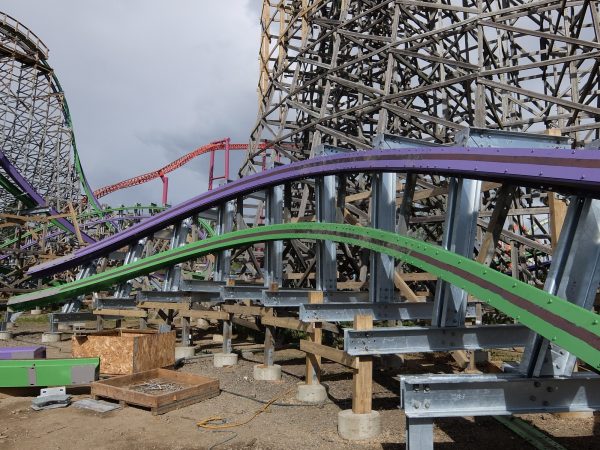 While this wasn’t an official construction tour, it was the first time the entire Coaster101 team gathered in person at a coaster construction site. Though Six Flags Great America’s record-breaking Maxx Force wouldn’t open for a few weeks, seeing the mostly completed track was still exciting. 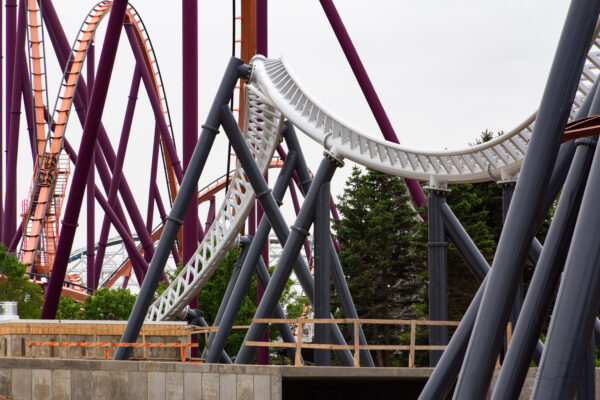 “What’s in the shed?” was the question that permeated the Great Ohio Coaster Club Mid-Summer Scream Part 2 event. While the GCI coaster had already been announced, the question of what would take place inside the mysterious shed remained. The construction site was dotted only with footers and construction equipment, but we still enjoyed seeing the humble beginnings of what would become one of GCI’s greatest creations. 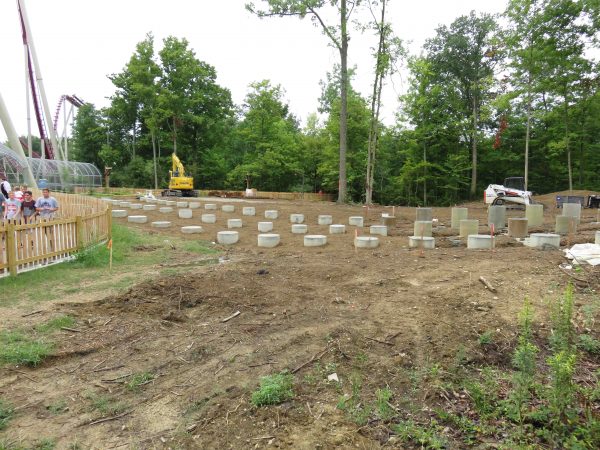 See more photos from the event here. In February of 2017, our friend Justin from CPFoodBlog shared with us additional photos of the coaster, which by that time was quickly rising. 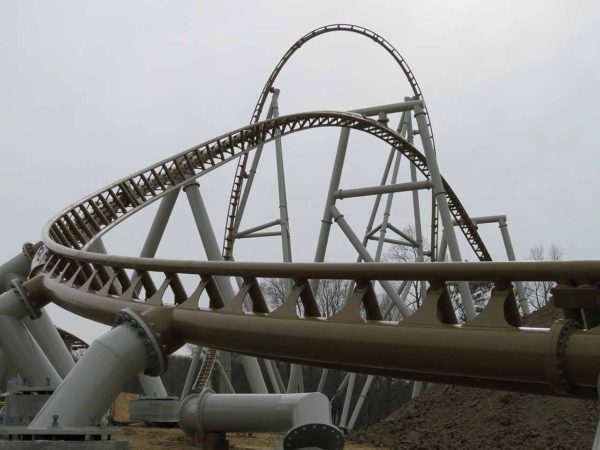 Eric joined the American Coaster Enthusiasts (ACE) Northern California Region for the organization’s annual off-season behind-the-scenes tour at California’s Great America, which in 2018 included a stop at the construction site of the RMC single-rail coaster, RailBlazer. 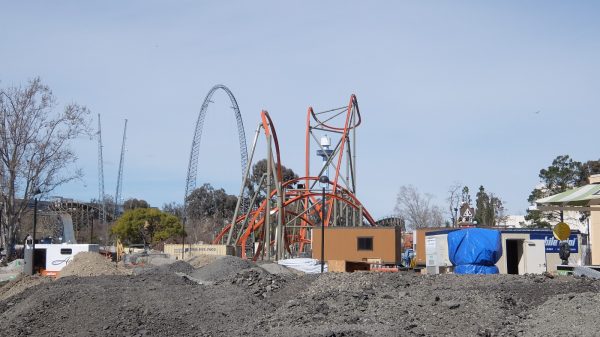 While this wasn’t an actual construction tour, I was treated to a look at some rarely seen photos of Tennessee Tornado under construction at Dollywood from 1998. Pete Owens, Dollywood’s vice president of marketing and public relations along with Barry Stiltner, director of rides maintenance, also gave me a detailed history of the iconic Arrow looping coaster. 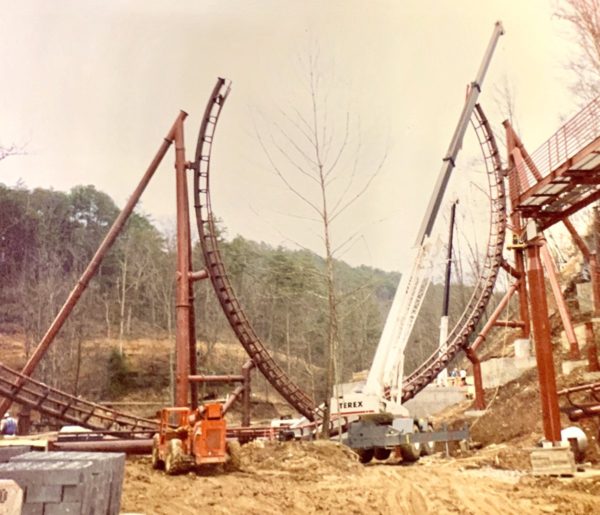 Mike was on hand at Busch Gardens Tampa in February of 2019 for a media preview of the recently completed Tigris, a Premier Rides Sky Rocket II model. While the coaster wouldn’t open until April, seeing the completed track in person was enough to hold us over. 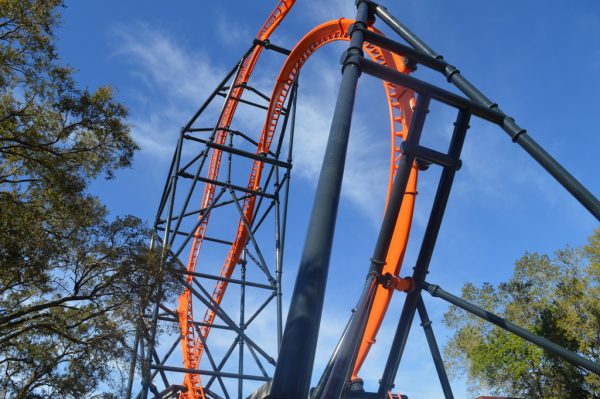 Dreary weather didn’t stop Andrew and I (and a lot of other coaster enthusiasts) from touring Six Flags Over Georgia’s new-for-2018 Twisted Cyclone as part of ACE Southeast Region’s Winter Warm-Up in February 2018. The former Georgia Cyclone wooden coaster was roughly 1/3 of the way through its hybrid conversion, but we were still able to see a good portion of Rocky Mountain Construction’s bright blue “IBox” track rise into the sky. 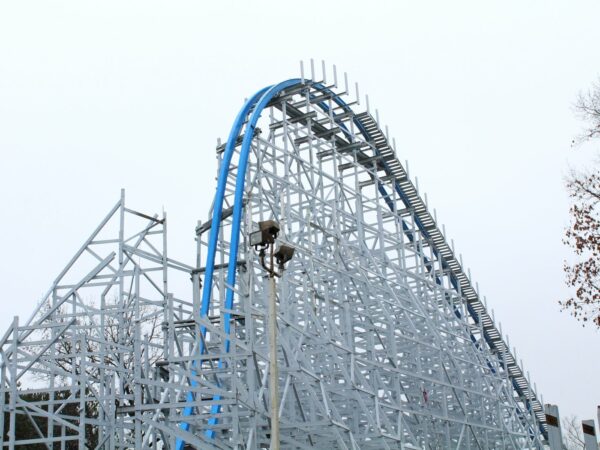 Who knew Andrew’s tour of several Walt Disney World construction sites would be some of the last views of the parks we would see on Coaster101? The coronavirus pandemic shut down all of the WDW theme parks through July, but we look forward to experiencing these attractions once they’re complete. 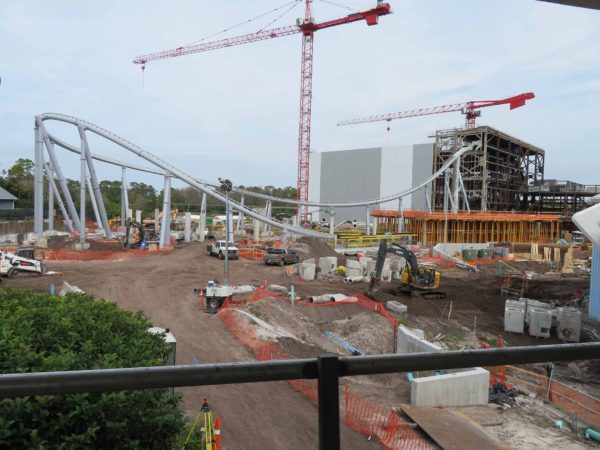 See updates from all four parks including Magic Kingdom, where the TRON Lightcycle Run roller coaster is under construction.

Kyle and Nick made a pit stop in Banner Elk, North Carolina, to check out construction of the 2,390-foot-long Wilderness Run Alpine Coaster, which is nestled in the Blue Ridge Mountains. 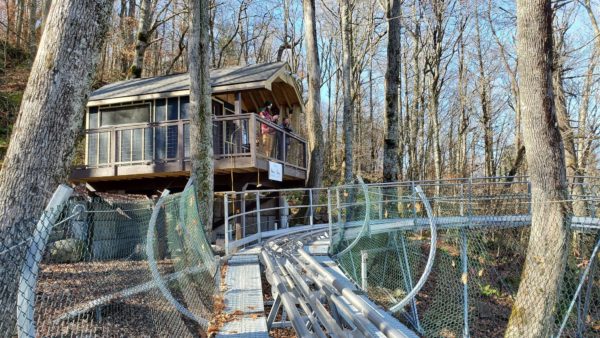 To date, Wildwood Grove is Dollywood’s largest expansion ever. The 5-acre land filled with family- and kid-friendly rides, including the Dragonflier suspended coaster.

I had the chance to tour the construction site in March of 2019, roughly two months before it would open to the public. 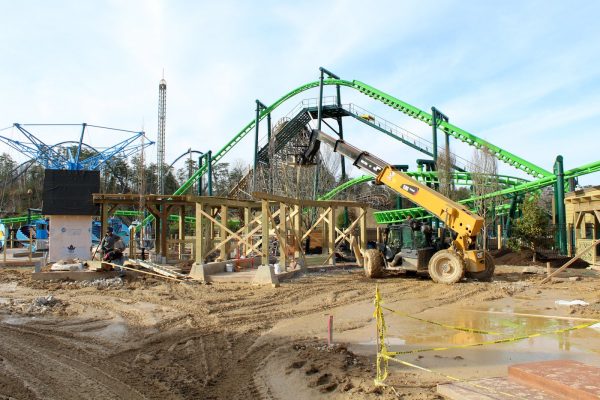 Today, we’re giving away a Coaster101 tee and face mask from our TeePublic store — and you get to pick which ones! For today’s entry method, leave a comment below letting us know which of our construction tours has been your favorite (you can see more here). You can also let us know if you have a favorite construction tour that you’ve been on. 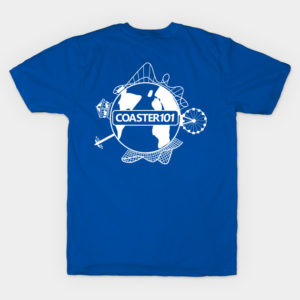 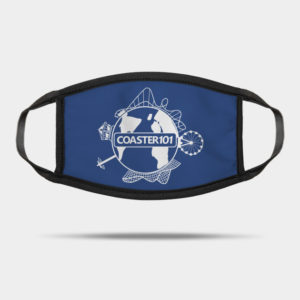 Good luck! We’ll see you again tomorrow for the next installment in our “15 to 15” series.