When theme park fans complain about lines being too long at the park they just visited, they’re usually referring to the amount of time they had to wait in line. And there are many tips on how to avoid waiting in long lines out there. But time is not always the most aggravating aspect of theme park queues. Often it’s the length in feet or meters from the entrance of the attraction to actually boarding the ride vehicle, not the duration, that annoys us most. Here are some examples of attractions with the longest, most aggravating walks just to get from the main midway to the loading platform.

The obvious answer is to name almost any Disney attraction. Flight of Passage at Disney’s Animal Kingdom is famously known for having a queue being able to hold FIVE HOURS worth of wait. Or capable of holding (1,440×5) =7,200 guests. If you don’t have a FastPass you’ll probably need to get to the park early, in which case your wait and walk to get to the attraction could look like ours did in November 2018: 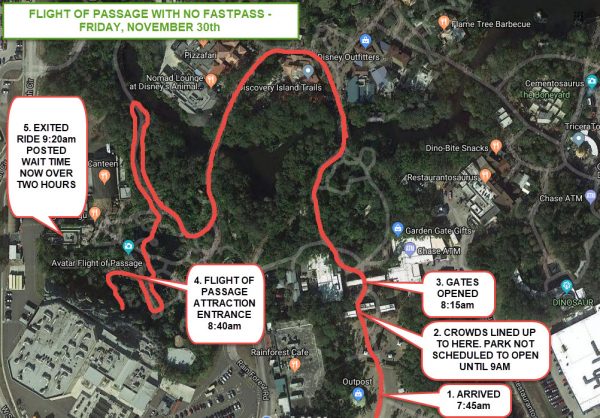 But the difference is most Disney queues are highly themed environments with storytelling elements and little details to observe. For example, Space Mountain is a long walk but you can play games for portions of the wait.

Looking at aerial pictures from Bioreconstruct on Twitter, it seems the walk to get to the entrance of the Tron coaster under construction at the Magic Kingdom is going to be quite long, even longer than Space Mountain, as the station is quite a good distance from the midway. Farther than the entire Space Mountain building. 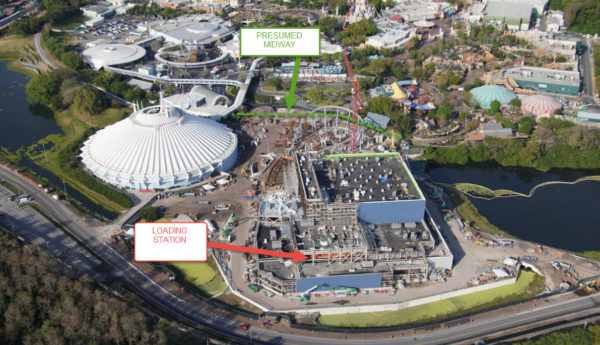 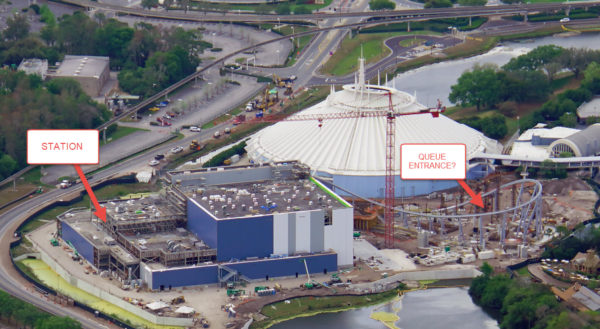 You could also say the worst walks are during grand opening day events. Just recently, the opening day line for Hagrid’s at Universal’s Islands of Adventure exceeded eight hours and the line stretched all over the park.

Long Walks From the Entrance to the Station

Here’s a list of rides with some of the longest, most obnoxious walks just to go from the queue entrance to actually climbing aboard a ride vehicle.

We all love Kings Island but the location of The Bat (formerly Top Gun and Flight Deck) has always had us scratching our heads. They cloned Vortex from Canada’s Wonderland (which opened two years earlier) instead of creating a mirror image that would have put the station closer to the main midway. Still, it’s only one of five remaining suspended coasters in operation so it’s worth the long walk. Plus there is rarely a lengthy wait after all that walking. 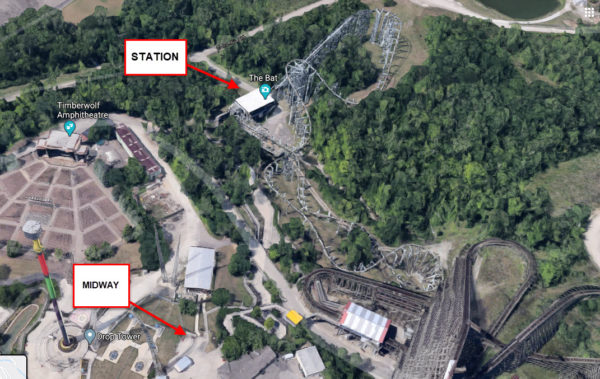 The long walk to get to the station of American Eagle racing wood roller coaster at Six Flags Great America feels like going on a backstage history tour of the park. You go over old rides, onto the Dare Devil Dive platform, around Kidzopolis, over a service road and railroad tracks, up ramps, down ramps, and finally up stairs and into the station. Whew. 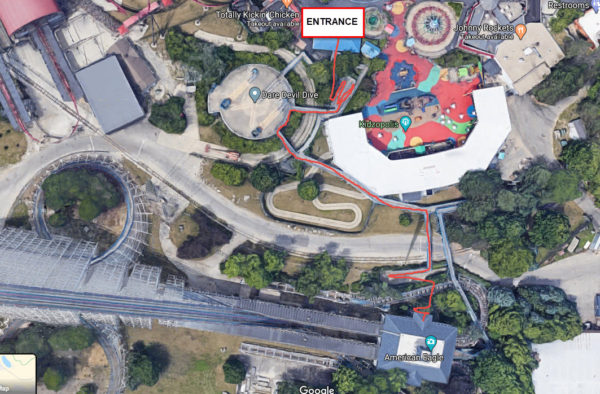 Another wooden roller coaster at a Six Flags park, St. Louis’ The Boss is located behind a go kart track and on the other side of railroad tracks as well. 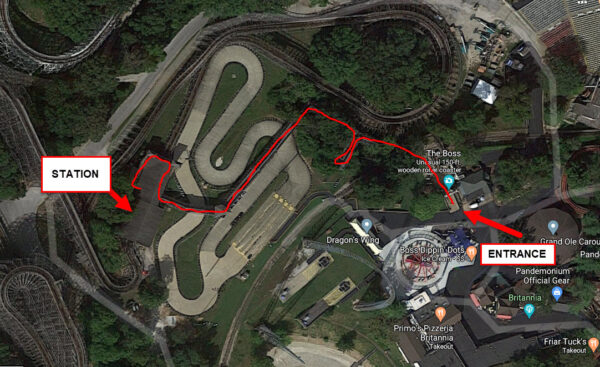 Mind Eraser at Darien Lake is isolated on it’s own on the other side of Willow Lake, though it does make for good pictures. 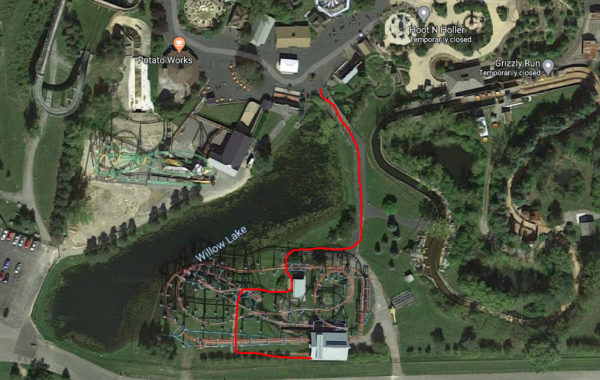 The former B&M inverted coasters were famous for having a massive and fully detailed queue, although most of the time it seems as though it wasn’t fully utilized due to the large capacity of the attraction.

What makes the walk to get on the Sky Screamer tower at Marineland isn’t necessarily the length of the walk (although you do have to walk a long ways past nothing to get there). It’s the ride’s location: on top of a 100 foot tall man-made hill. The elevation change makes it a pain to get to the ride. At the least couldn’t they add a slide or an alpine coaster to ride to the bottom of the hill once you got off Sky Screamer?

We’ve received a lot of nominations of attractions with long walks from our readers. Here are a few rides and coasters that definitely need to be on this list:

While not a coaster, Thunder River Rapids at Lake Compounce might be the most isolated ride in the world. It’s a good 1/4-1/2 mile walk, where you have to walk the entire length of Boulder Dash and then some, just to get to the ride, where there’s no other attractions beside it! pic.twitter.com/J0sD3Te73k

Let’s not forget river rafting rides!White Water Canyon at Canada’s Wonderland, for example, has a five minute walk from the entrance sign to the load platform! (Yes, I’ve timed it.) pic.twitter.com/r5hQpFPDQf

These are just a couple of examples of attractions with long walks or aggregating paths to get from the midway to the load area. I’m sure there are many more prime examples. Are there any others that we missed? Let us know in the comments below.