Imagine, you’re a real estate developer from Texas overlooking your (then) theme park. It’s August 5, 1961, the grand opening, and you’re finally realizing that your dreams are finally becoming a reality.

Throughout the past few decades, the coaster community has gotten the chance to experience a lot of firsts.

And that’s no exception with Six Flags Over Texas.

Celebrating its 60th birthday next year, it’s time we take a look back at the first park within the chain and all of its record-breaking firsts! 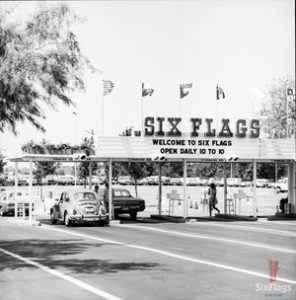 Texas is known for many things, but, did you know that the very first Six Flags park was built in Arlington, TX? That’s right? Six Flags Over Texas was the one that started it all, followed by Six Flags Over Georgia, and then Six Flags Over St. Louis.

2. The first park to implement the concept of the all-inclusive admission price. 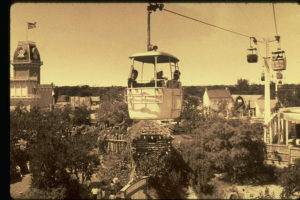 Credit: Nbcdfw.com (Historic photo of the Astrolift ride at Six Flags Over Texas.)

The “Pay One Price” admission would allow each attendee to pay a single entry fee that included all rides and attractions.

Credit: Six Flags Archives – (SFOTSource.com) (Crews constructing Flume 1 prior to its opening in 1963.)

Introduced in 1963 by Arrow Dynamics, this log flume is also the fourth oldest ride in the park. Due to the ride’s immense popularity, a second log flume was added right next to the original in 1968. 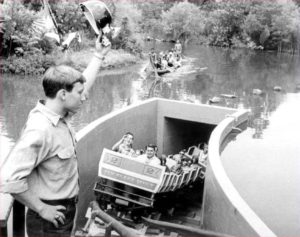 Original photo of the Runaway Mine Train.  Credit: Arlington.org

Runaway Mine Train (originally called Run-A-Way Mine Train) was the world’s first mine-themed tubular steel roller coaster that featured a full train of cars and to go underwater (under a waterfall). This was also built by Arrow Development. 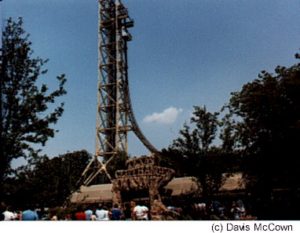 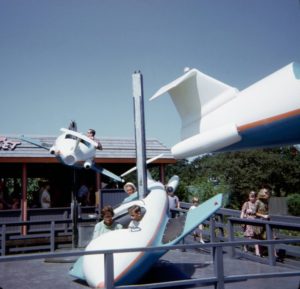 The Jet Set, built in 1967 and later removed in 1970 to make room for the Big Ben Roller Coaster, this ride had individual cars designed to look like jet airplanes, which would allow the rider to control the plane in any direction. 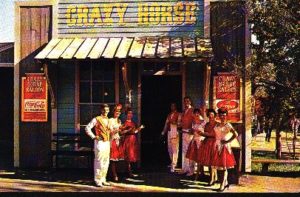 Did you know this was the first theme park to feature Broadway-style shows? The Crazy Horse Theater is the oldest theater within the park, opening in 1961.

8. Relaunch of the modern-day parachute ride 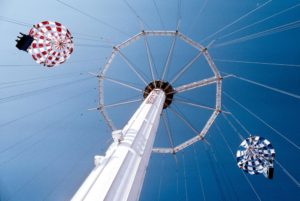 The now-defunct Texas Chute Out featured a 200 ft tall structure, that composed of several parachute-like seats, brought riders up to the top, giving them a birds-eye view, and then releasing (floating) them to the ground. This ride was removed in 2012 to make room for the Texas Skyscreamer. 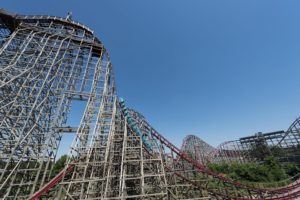 In 2011, the Texas Giant was renovated by Rocky Mountain Construction (RMC) into the “New Texas Giant.” This First RMC I-Box hybrid coaster not only re-popularize an old woodie, but it put RMC onto the map, and into the roller coaster manufacturer we know and love today.