While Central Florida may be the theme park capital of the United States, one of its main attractions, the Walt Disney World Resort, isn’t necessarily known as being a destination for roller coasters. With the four parks’ (Disney’s Magic Kingdom, EPCOT, Disney’s Hollywood Studios, and Disney’s Animal Kingdom) attraction offerings catering mainly to families and those looking for a taste of nostalgia, enthusiasts might not realize that there are eight (and soon to be ten!) roller coasters at Walt Disney World. True credit counting coaster enthusiasts know that this number translates to ten and twelve “credits” respectively at Walt Disney World. 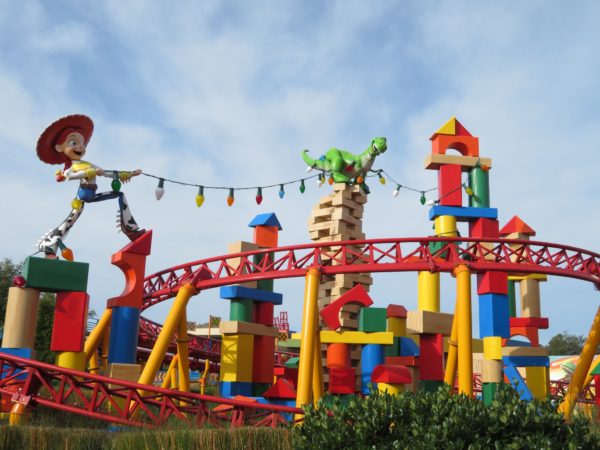 If your future travel plans have you reciting the famous line of a Super Bowl MVP and “going to Disney World,” and you’re looking to ride some roller coasters, there’s actually a natural progression of sorts between the roller coasters at the four parks. 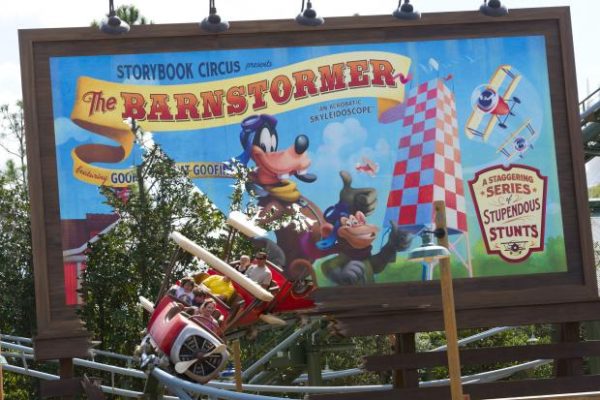 Originally opened in 1996 taking guests on flights around Goofy’s Wiseacre Farm at Mickey’s Toontown Fair, The Barnstormer got a “soft” retheme when Toontown Fair became Storybook Circus in 2012. The airplane-themed trains remained as “The Great Goofini” performs a “staggering series of stupendous stunts during the short 1:00 duration of the ride. With a maximum height of 30′ and maximum speed of 25mph, The Barnstormer is a perfect “first” coaster for younger riders at Walt Disney World, especially with its 2’11” (35″) height requirement. 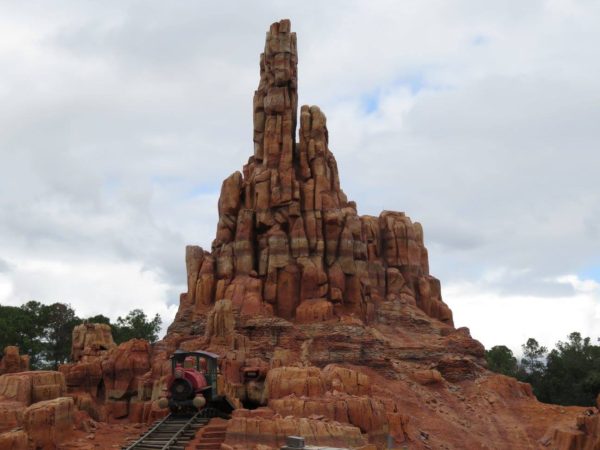 If you’re really curious, the “Wildest Ride in the Wilderness” isn’t actually that wild. The coaster tops out at a top speed of 36 mph, and features some banked turns and seemingly fast-paced action in and out of caves. While the drops throughout the coaster’s 3:30 run-time aren’t particularly steep or large, Big Thunder provides plenty of well-themed thrills for those who are at least 40″ tall. 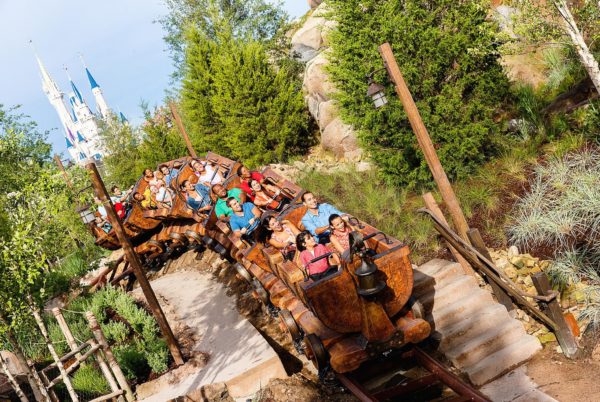 Opened in 2014, Seven Dwarfs Mine Train takes some of the elements of it’s “Mine Train predecessor” Big Thunder and “plusses” them up. It actually has a maximum speed of 34mph, 2mph slower than BTMRR, but also features swinging cars (see if you can get everyone in your car in sync to really get them rocking!) and a large 41-foot drop. The middle of this coaster has an amazing dark ride-esque section with some incredible animatronics. If you want to ride Seven Dwarfs Mine Train, we recommend getting to the attraction early in the morning at rope drop, or making it your last ride of the night, because the coaster still commands large crowds six years after opening. 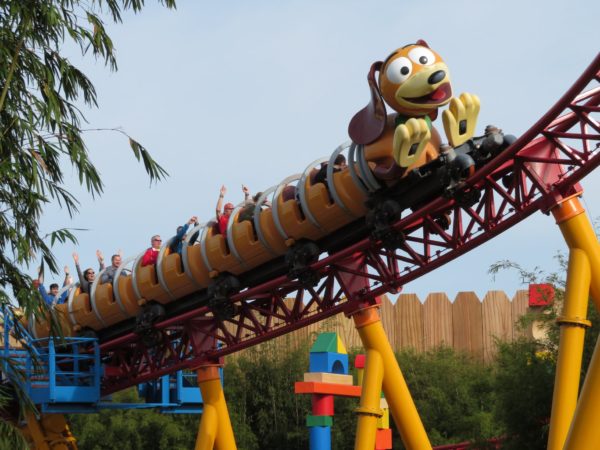 Walt Disney World’s newest coaster is a family-friendly launch coaster from German Coaster manufacturer MACK Rides. Riders hop aboard Slinky Dog and ride throughout Andy’s backyard on his Dash & Dodge Mega Coaster Kit. While there are two launches on this coaster, neither of them are particularly intense, which is great, especially since any guest who is at least 38″ tall can ride. Slinky reaches a top speed of 40mph, but the coaster never really “feels” that fast. Check out our review of Slinky Dog Dash here! 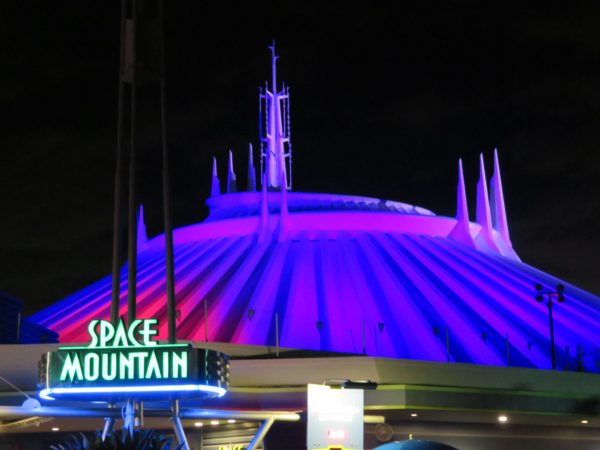 If you’ve ever ridden Space Mountain, you’ve probably experienced the phenomenon that Space Mountain feels so much faster than it actually is. The trains on the twin tracks inside of Space Mountain (yes, there are two nearly identical roller coasters inside that angular structure) ride the rails at a top speed of 27mph. Yes, you read that right. Just 2 mph faster than the Barnstormer! However, taking place in complete darkness in single-file seats with structure and track whizzing by your ears at anytime, Space Mountain’s classic thrills give it a leg up on some of its more modern counterparts. 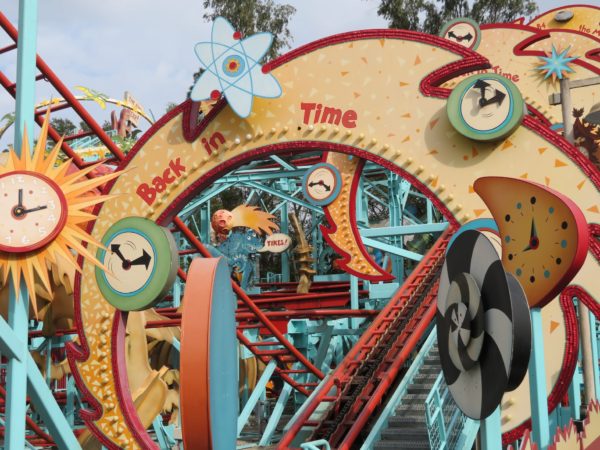 Another coaster “two-fer,” if you have the opportunity to visit Walt Disney World during a particularly busy time of the year, Primeval Whirl might just be open. These twin spinning Wild Mice coasters from Reverchon aren’t the tallest or fastest coasters at Walt Disney World, but come in tied for the tallest height restriction at 48″ tall. Primeval Whirl’s spinning four passenger cars enter a section of free spinning where if your car is weighted a certain way, you could emerge from Primeval Whirl quite dizzy.

NOTE: Primeval Whirl has been “Retired,” but is still standing. It will remain on this list until it officially is removed. 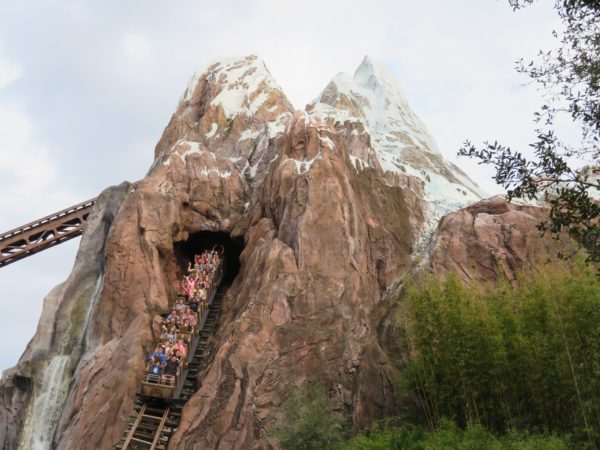 Did you know that the world’s most expensive roller coaster ever built was Expedition Everest? Of course, that includes the enormous mountain facade that Expedition Everest’s trains weave in and out of. This coaster has a little of everything: a top speed of 50 mph, darkness, reverse track through the darkness, as well as a giant yeti guarding the inside of the mountain. It’s largest drop is the tallest at Walt Disney World, coming in at 80′ tall. Despite these elements, Expedition Everest still has a height restriction of under 4′ tall, with a minimum rider height of 44″. 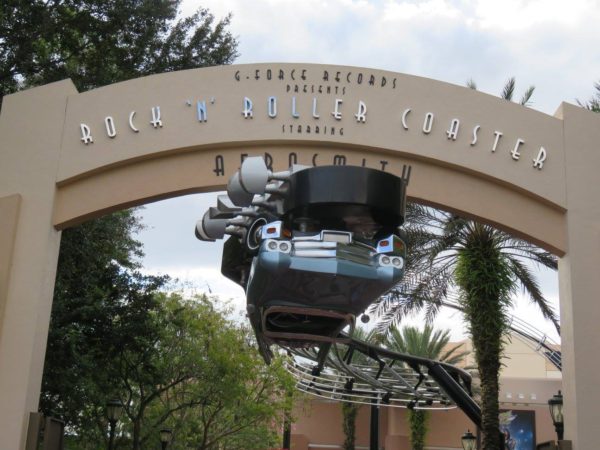 The only Walt Disney World roller coaster to go upside down, and the fastest roller coaster at Walt Disney World, Rock N Roller coaster was going to top our list from the beginning. The “super-stretch” limousine trains launch riders from 0-57mph in under 3 seconds, and take riders through three inversions, including a sea serpent roll and corkscrew. Did we mention that it’s indoors? In the dark? With an Aerosmith soundtrack blaring in your ears? If that’s not thrilling, I don’t know what to tell you! 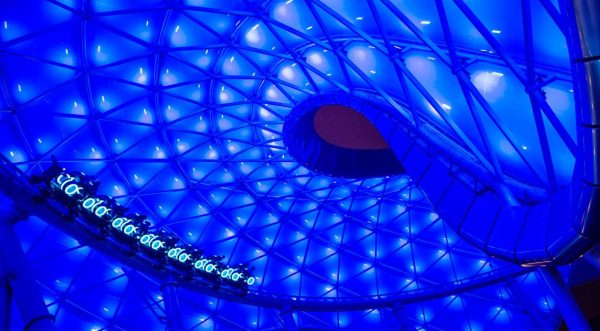 Originally opened at Shanghai Disneyland in 2016, TRON: Lightcycle Power run will open domestically, adjacent to Space Mountain. Assuming that the ride experience is identical to its Chinese counterpart, TRON will become the fastest ride at all of Walt Disney World when it opens in 2021. Without riding the Shanghai version, I’d have to guess this would rank somewhere between Expedition Everest and Rock N Roller Coaster on the thrilling scale.

Guardians of the Galaxy: Cosmic Rewind – EPCOT (Opening in 2021)

There’s not much known about EPCOT’s first-ever roller coaster credit, which will also open in 2021. It was originally announced at the D23 Expo in 2017. The coaster will have cars capable of rotating 360-degrees, and according to TouringPlans, will also have the first reverse launch on a Disney coaster. We’ll have to see where this coaster lands when it opens in 2021!

Be sure to check out our other “From Tame to Thrilling” Articles! Carowinds, Busch Gardens Williamsburg, and Kings Dominion. More parks are on the way! Stay tuned!