Disney today announced that the highly anticipated Avengers Campus at Disney California Adventure will open on July 18, 2020. In addition, the park announced the name and new details about the new area’s flagship attraction. 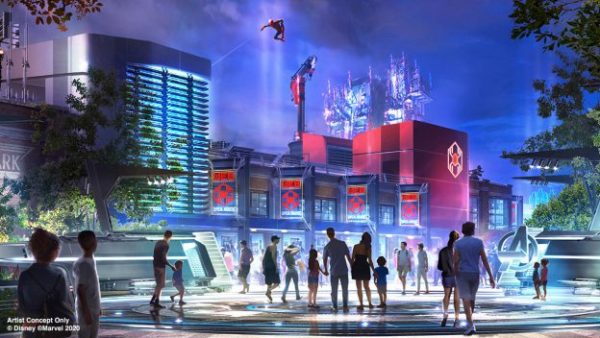 The superheroes will share their powers, technology and knowledge with guests, who are acting as “recruits.”

New details were released about the land’s flagship attraction as well as dining and other entertainment offerings:

The indoor ride will feature a “seamless blend” of 3D and physical sets. Guests will have the opportunity to experience their own superpowers and sling webs with Spider-Man.

Spider-Man actor Tom Holland is reprising his role for the Web Slingers attraction:

WEB is all about how bright young innovators like Peter Parker are inventing new technologies that let all of us become Super Heroes. Being able to authentically represent Peter’s character was a critical element to our story, and thanks to our Studio partners, I’m excited to share that Tom Holland will reprise his role as part of this attraction experience.

Near Web Slingers, the Web Suppliers store will offer guests the chance to find the latest WEB inventions such as Spider-Bots, which are featured in the ride itself.

Guests will be able to customize their Spider-Bots:

Each Spider-Bot has a remote control, and all eight articulated legs move forward and backward. Best of all, you can tap into your inner WEB inventor by customizing your Spider-Bot with tactical upgrades to harness the powers and styles of favorite Super Heroes, including Black Panther, Iron Man and Black Widow, as well as Ant-Man and The Wasp.

Additional items at WEB Suppliers include:

Avengers Campus will be home to three new dining experiences. 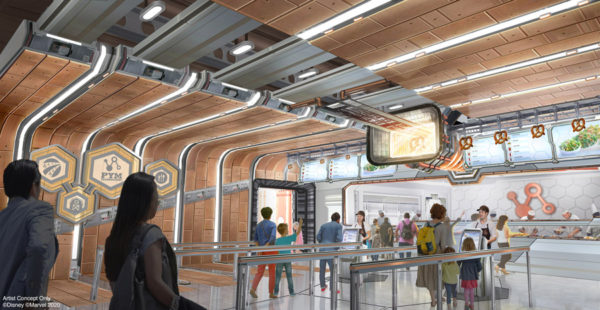 Guardians of the Galaxy – Mission: Breakout!

Guardians of the Galaxy – Mission: Breakout!, formerly known as Tower of Terror, will be incorporated into the Avengers Campus. 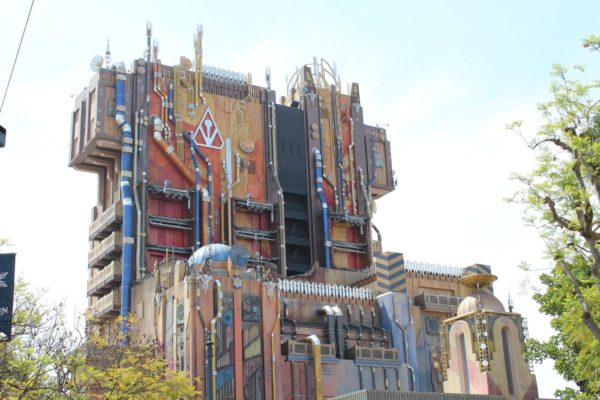 Guardians of the Galaxy – Mission: Breakout! at Avengers Campus

Avengers characters will be found throughout the new area, offering guests encounters with popular superheroes such as Iron Man, Captain Marvel, Black Widow, Doctor Strange, the Guardians of the Galaxy, Black Panther, the Dora Milaje, Thor and villains such as Loki.

What are your thoughts on the Avengers Campus attractions? Let us know in the comments section below.