Last month, we visited Busch Gardens Tampa Bay to cap the end of a trip to the IAAPA Expo in Orlando. If you haven’t been paying attention to the park’s mass of purple steel and wood reaching into the Tampa skyline, Busch Gardens announced that the park’s former Gwazi racing wooden roller coaster would be transformed into the new Iron Gwazi, opening in spring 2020. 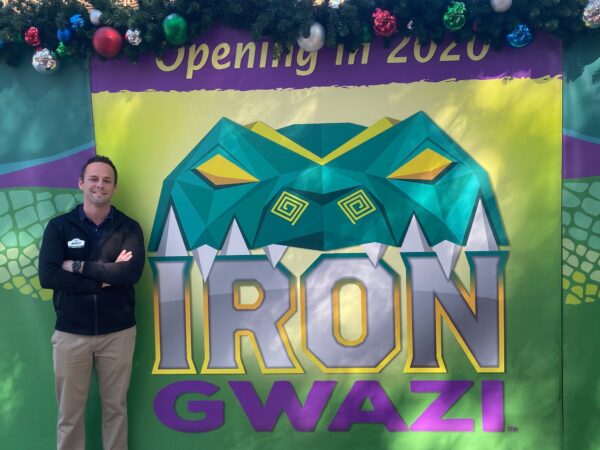 While at Busch Gardens, we were able to catch up with Andrew Schaffer, Director of Design and Engineering at Busch Gardens Tampa and Project Manager for Iron Gwazi, to learn a little bit more about the coaster, which will be North America’s tallest hybrid coaster, as well as the world’s fastest and steepest. We were also joined by Becca Romzek, Communications Manager for the park, who helped fill in a few details!

C101: How long have you been with Busch Gardens, and what are some of the other projects you’ve worked on prior to Iron Gwazi?

Andrew Schaffer: I’ve worked for the company for about 11 years now. Before Iron Gwazi, I worked on Tigris, fully from A-Z. I also worked on two of the water slides over at Adventure Island, Vanish Point and Colossal Curl. I also had my hand in Cobra’s Curse, Falcon’s Fury, and Cheetah Hunt. 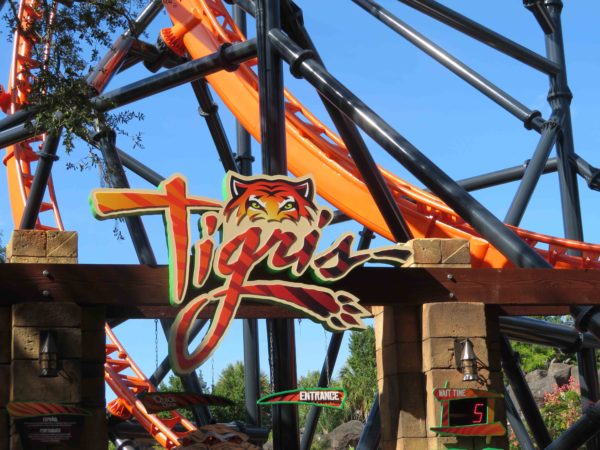 I’ve got a mechanical engineering degree from USF, right here in Tampa, I’ve been out of college for a little while now. I started at Busch Gardens as a drafting technician, and was in that position for two years. It’s more of a part-time position, but it gives you a lot of great information and skills to help you move on in your career, so I started there. I moved on to a mechanical engineering firm for a few years, and came back in 2010, so that’s where I get the 11 years from. I’ve been doing the project management all the way up for the past 9 years.

C101: Are you originally from the Tampa area?

AS: I was in Orlando before Tampa, and moved to Tampa for college. 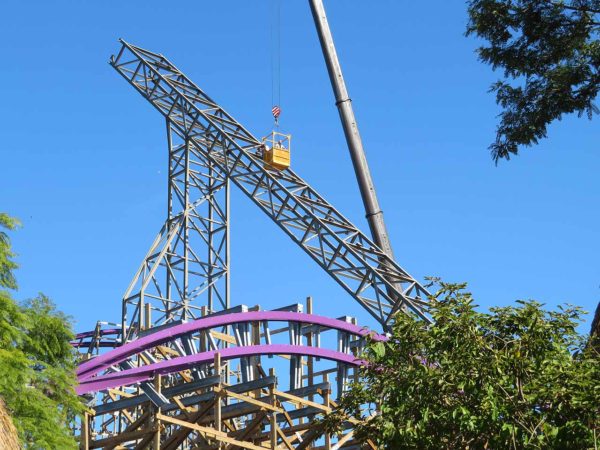 C101: Let’s address the elephant in the room, which is the big purple steel and wooden structure behind us. After sitting dormant for so many years, and fully closing one of the tracks, how was the decision made to finally “do something” with Gwazi?

AS: It’s definitely a long process as you can imagine, but, you create a plan, and you kind of figure out what the next best attractions are going to be. What makes sense in which years? We’ve kind of worked through all of that to figure out when the best time would be to create Iron Gwazi, and obviously that time is now. We’ll be opening in spring of 2020. It’s a big collaborative effort between a lot of the senior leadership and corporate teams, and everyone who is going to make the decision to pull the trigger on certain attractions. Our department, as well as marketing, everyone is heavily involved as to how that all gets rolled out. 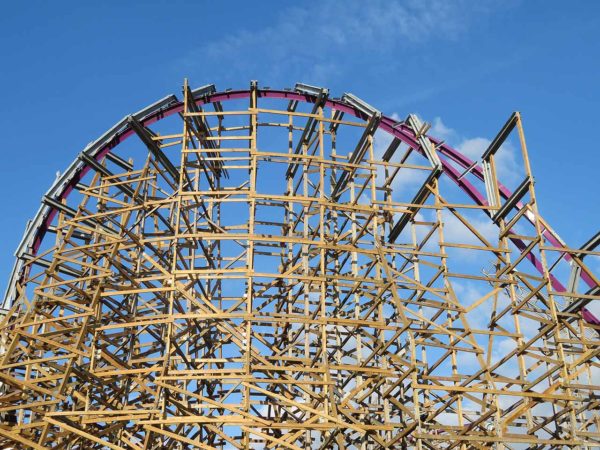 C101: Iron Gwazi marks the first time that any SeaWorld-owned park has worked with RMC. What’s it been like working with Rocky Mountain Construction?

AS: It’s been fantastic working with RMC. We went up and toured their facility before we even started this project. They’ve got a great facility and great people that work for their company, and very easy to work with. All the on-site crew, it’s like friends going out there on-site – “hey, how ya doin everybody?” – and they’re super friendly back. It’s been a great time. It’s very easy working with them through design and construction, and continuing throughout the entire process.

C101: Are you working with any additional companies for erecting or construction?

AS: As far as the coaster itself goes, Rocky Mountain Construction handles all of it. They design, fabricate, and put it together. They’ve kind of worked on all that themselves. We do have other contractors who are working around the site – electricians, roofers, plumbing, mechanical contractors, – we’ve got a lot of everybody else who are out there. 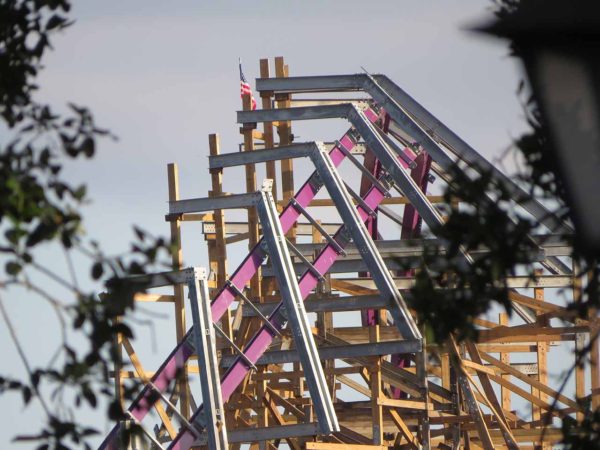 C101: With Iron Gwazi, there are a lot of records being broken. Tallest hybrid coaster in North America, Steepest and Fastest hybrid in the World. Were there inspirations taken from other RMC projects, where you’re saying “Oh, we want to break that record” because when building a project of this scale, you want it to be an “-est” coaster?

AS: You definitely want to have that level of clout and those superlatives when building a coaster of this scale. We definitely looked for “biggest,” “baddest,” “world’s whatever” – we wanted those in our pocket. During the design process, we looked at different elements that different companies have used that RMC has done on other attractions, and tried to determine what worked best and what people loved the most. We took a lot of those inspirational ideas and put them into Iron Gwazi. I think we’re going to have a great attraction when it opens. 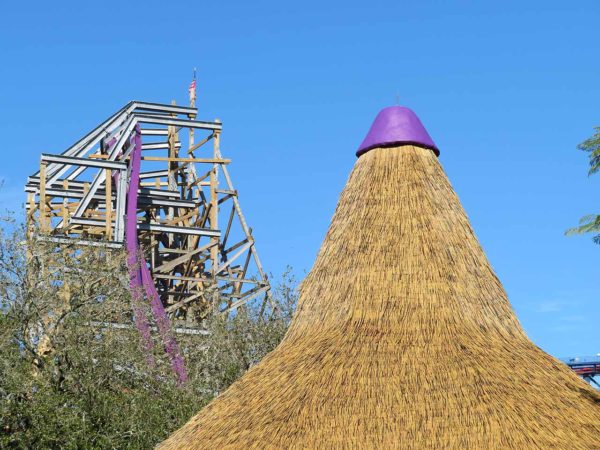 C101: Of the many elements on the coaster, what are you looking forward to experiencing the most? 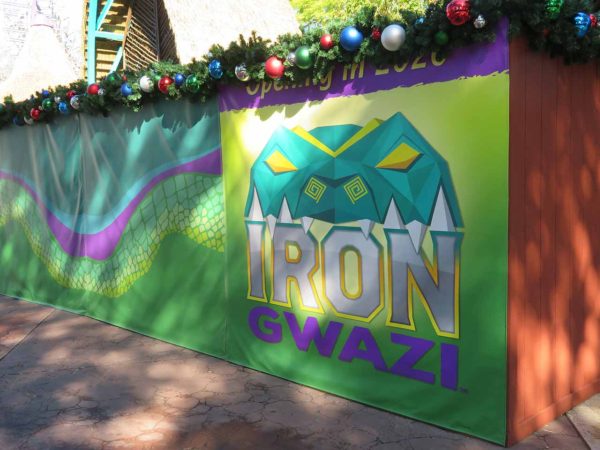 C101: Let’s talk theming. Gwazi was a term that was created by Busch Gardens for the Lion & Tiger to represent the dueling nature of the coaster. How was the decision made to go with the Crocodile theme for Iron Gwazi?

AS: That was another collaborative effort – we do a lot a of collaborative efforts here. [laughs] That was a big group effort on what kind of animal we really want to gear this towards. We’ve got other attractions that are geared towards other animals, but lately, all of our attractions have been themed after a specific animal. Gwazi was a lion and tiger mix, but we went away from that so we could have a specific animal that we could talk about. 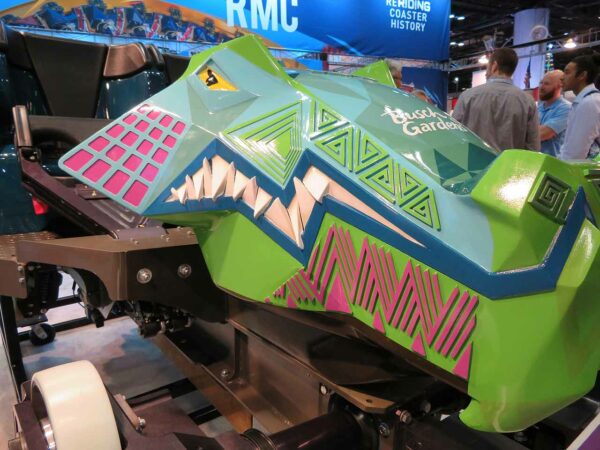 Becca Romzek: The only other thing I want to add in regards to the Crocodile theming and the narrative that we’re telling with this ride, is that with the original legend of Gwazi being its own kind of creation, and now we’re bringing something different to that ride experience. Before, you had this classic wooden roller coaster, its what the coaster community loves, that classic coaster feel. But you also love the modern steel experience, and this is marrying the two of those together. With the crocodile being such a legendary predator, it’s been around since the time of the dinosaurs, and it’s still thriving today. That’s something that we want to present: that as the crocodile has evolved, so too has Iron Gwazi.

C101: Is there going to be a crocodile habitat in the queue or near the attraction like there are at other attractions in the park?

AS: We do have crocodiles in the park in several locations, but we will not be moving them near Iron Gwazi. We’ll be highlighting them in the attraction, and more than likely have show and tell, but I’m not sure how we’ll broadcast it at this point. They will definitely be highlighted through the theming, the messaging, and everything else in the queue.

BR: We have an existing cylinder-snout crocodile habitat over by our animal connections area, and that’s the species we’re highlighting with this particular project. We’ve had a lot of success with the species survival plan for that species. Our zoo team has done a phenomenal job with that species and we’re celebrating that success with this attraction. 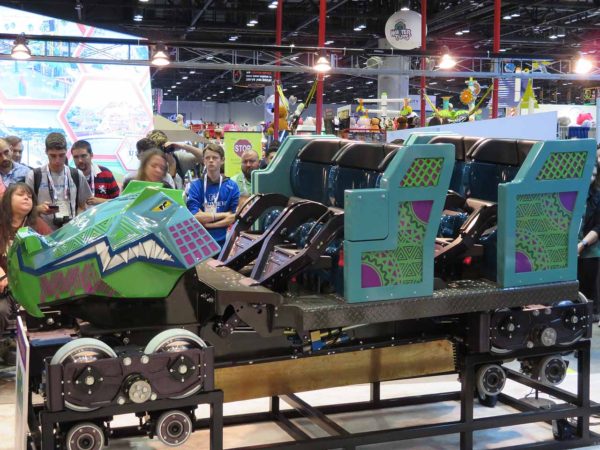 C101: Another thing I’d like to discuss is the color scheme, on the trains specifically. They’re bright, vibrant, and fits the Busch Gardens “theme.” The green and purple was obviously a collaborative effort, but was it meant to tie into the other coasters in the area?

AS: You really want to try to make something that’s bright and shiny and new, so that when people see it, they’ll say “Wow that is really bright.” You can tell with all of these elements that it ties back to the ride vehicle. We’ve pulled all these elements, colors, and features from the ride vehicle – we started with those colors actually, and developed it into the site. Having something bright will really catch people’s eyes. We really started with the crocodile – with the greens, and we started pulling from and expanding on that. Having everything green doesn’t make a lot of sense, and green and brown doesn’t either. You have to expand on that and give it some creativity and color and make it bright and fun. 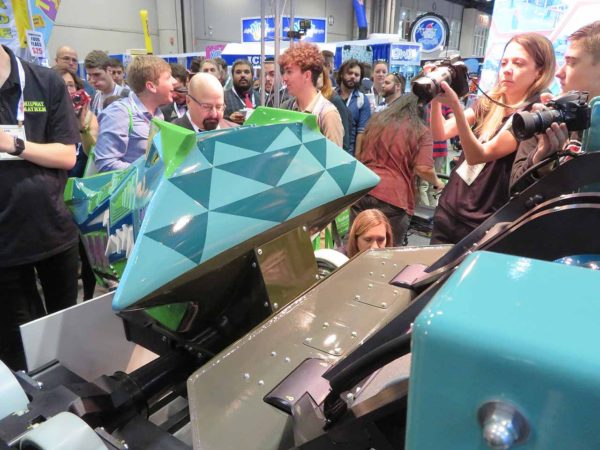 BR: This ride is really going to change the skyline of our park so much, and we really want it to stand out as that focal centerpiece. 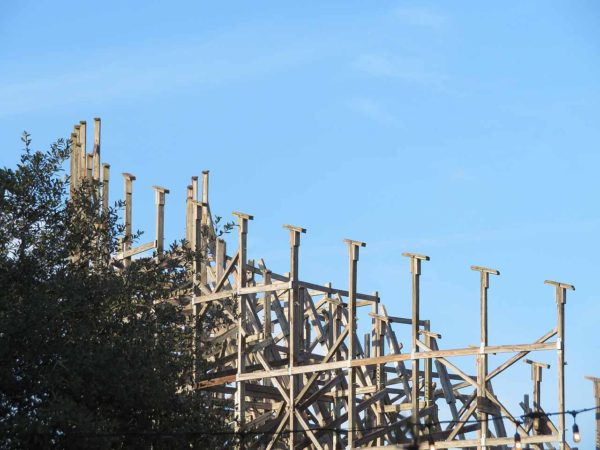 C101: I know it’s not an exact number but about how much of the original Gwazi structure will remain?

AS: It’s definitely not an exact number, but we’ve been telling people about 25% of the original wooden structure has been re-utilized, and 75% of the foundations. The footers, we’ve re-utilized most of them, but they’ve had to add a few more. We’ve changed this ride so much from what it originally used to be, and the dynamics are completely different than what it used to be. It’s more than twice the height of what it used to be. We had to add some footers, for those additional dynamics of the ride. We’re re-utilizing most of the foundations that were there before, except for some areas where the second track was that we didn’t take up.

AS: [Laughter] No it doesn’t have a crocodile tail on it. It’s a great question that I haven’t been asked before.

C101: It’s a goofy question for sure, but if it’s the first time you’ve been asked, we’re the first people who are going to report on it.

AS: It’s funny you asked that, because we’re not always in tune with what our other parks are doing either. SeaWorld San Antonio released footage for Texas Stingray, and I asked the exact same question to them. I said “Did they put a tail on the back of that thing, like with a barb on it?” I don’t know if I ever got an answer, but I just think it’s funny that you asked the same question I did. 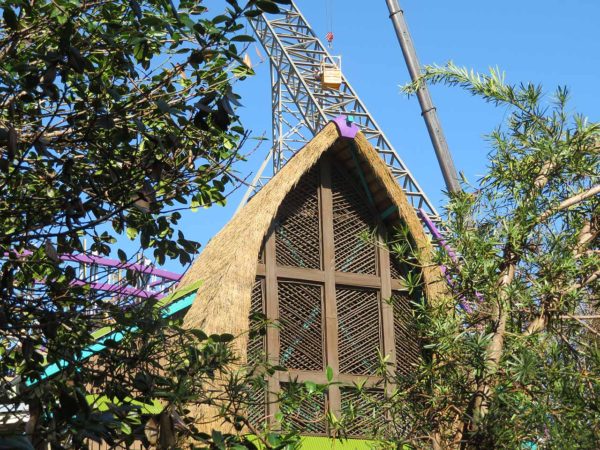 C101: What are you looking forward to most when Iron Gwazi opens next spring?

AS: My personal thing with any ride that opens is that I really enjoy seeing people get off the ride. Seeing their faces, seeing their reaction, seeing if they’re going to get back on it. That’s my personal favorite thing to do. When Tigris opened, I was over there for a couple hours asking “did everyone enjoy this ride? Are we getting back on it?” It’s an awesome feeling be part of the concept design team, working through al of the construction, opening the attraction to the public, and getting everyone’s reactions and feedback. If it’s a hit, you know immediately, and the feeling of that afterward is an awesome feeling.

C101: When do you hope to have the track complete?

AS: We haven’t really released that information quite yet, but we’re working around the clock to get structure up, to get track on it, and the way this whole process is going, is as soon as we get enough structure up, the track pieces go on it. Things kind of follow each other in that regard.

Are you ready to ride Iron Gwazi? Let us know in the comments below!