Hersheypark is slated to have a busy year in 2020. Back in January, the park broke ground on their brand new Chocolatetown expansion, a 23-acre, $150-million area that will include shopping, dining, entertainment and their new B&M hyper coaster, Candymonium, opening next year. On Wednesday, at the IAAPA amusement park trade show in Orlando, Florida, Hersheypark announced the newest addition to Chocolatetown — Hyperdeck, an all-new, groundbreaking immersive virtual reality (VR) experience. 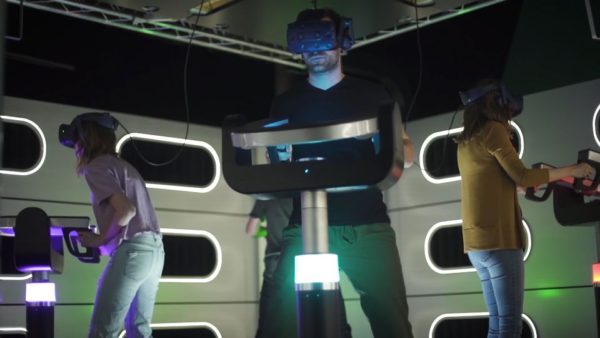 Hyperdeck isn’t like any VR experience that has been seen before, it’s an immersive multiplayer game. Even better, while playing the game, the players will stand on the eponymous Hyperdeck, a 300-square-foot platform with a full range of motion. The experience becomes even more immersive with the use of practical effects outside the game, including strong winds, heat and earth rattling movement as the Hyperdeck moves, shakes and tilts. 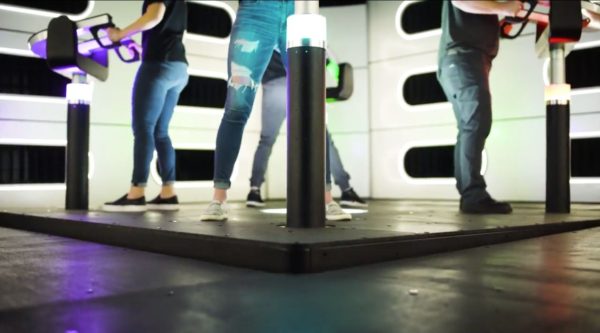 Even spectators will be able to participate, being able to help or challenge players via tablets stationed outside Hyperdeck. Created by VR designer MajorMega, the attraction will feature two Hyperdecks, allowing multiple groups to play at once.

“Growing up in Central Pennsylvania, our team has loved Hersheypark for years!” said Michael Bridgman, co-founder of MajorMega. “We are beyond excited by the opportunity to partner with a leader in the amusement industry and debut the Hyperdeck at Hersheypark.” 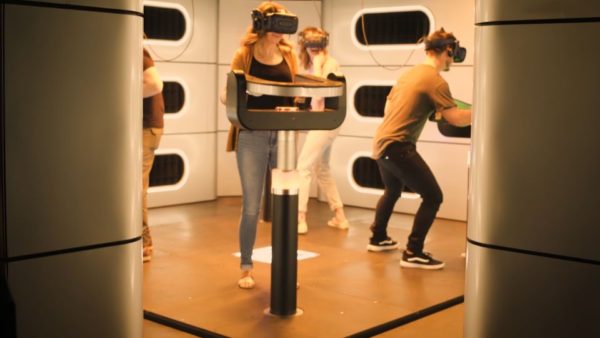 “Throughout our 112-year-history, we have always focused on providing our guests of all ages with fun and innovative entertainment experiences,” said Vikki Hultquist, general manager of Hersheypark. “We’re excited to debut Hyperdeck as a first-of-its-kind immersive VR game and the first on the Northeast as part of our transformational expansion of Hershey’s Chocolatetown.” 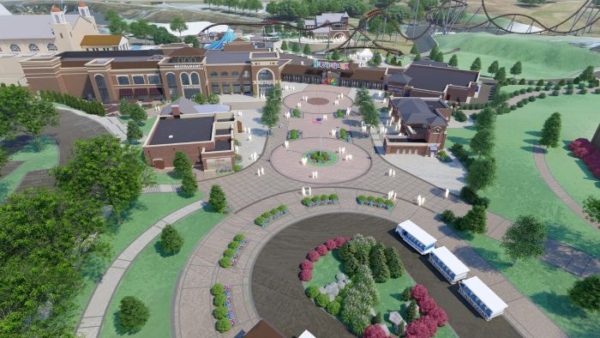 Hyperdeck is scheduled to open in summer 2020, along with the rest of Hershey’s Chocolatetown. You can check out more details about Chocolatetown here.

What do you think about this unique VR attraction? let us know in the comments!