Tennessee Tornado is celebrating its 20th birthday this year, and to commemorate the milestone season, we’re sharing rare photos of the Dollywood coaster under construction.

Dollywood announced Tennessee Tornado in June of 1998. At a cost of $8 million, the Arrow Dynamics steel coaster’s 2,682 feet of track would include a 128-foot-drop through a mountain followed by three inversions. 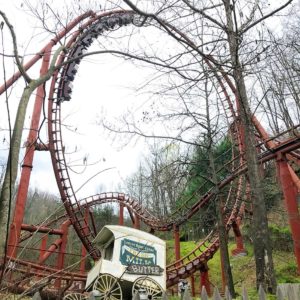 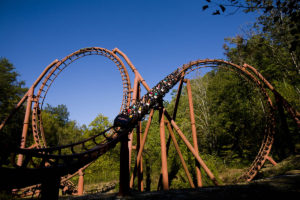 The first inversion, an 11-story “spiro” loop, would lead to the double-inversion iron butterfly. 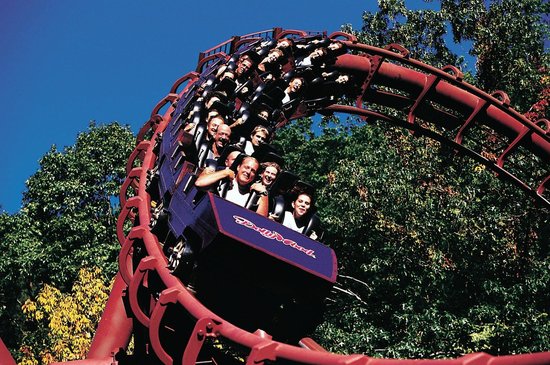 Tennessee Tornado would reach a top speed of 63 mph, making it (still) the fastest steel coaster at Dollywood. 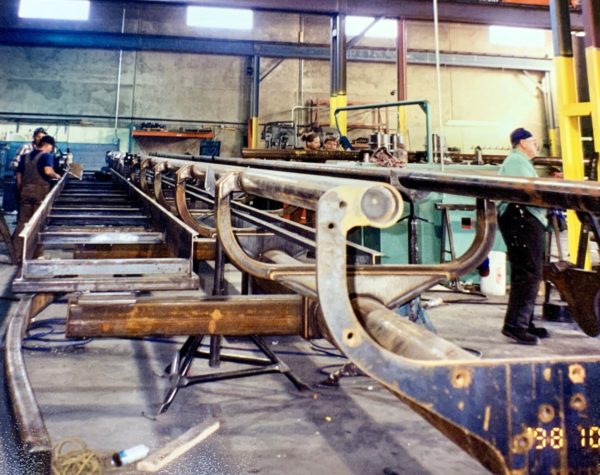 By the time the coaster was announced, it was already being manufactured at Arrow Dynamics’ plant in Clearfield, Utah. 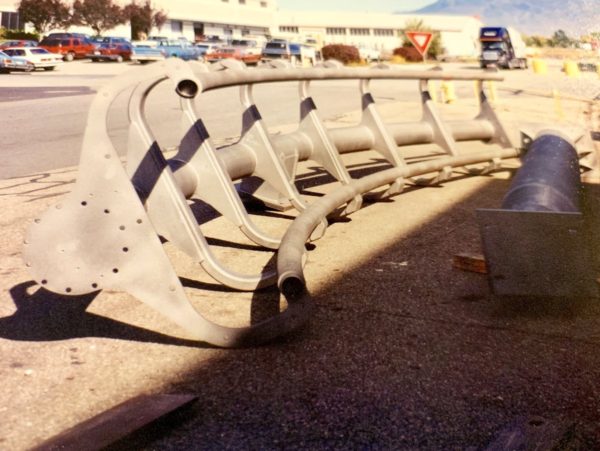 Piece by piece, Tennessee Tornado’s track was carefully placed outside of Arrow’s plant. 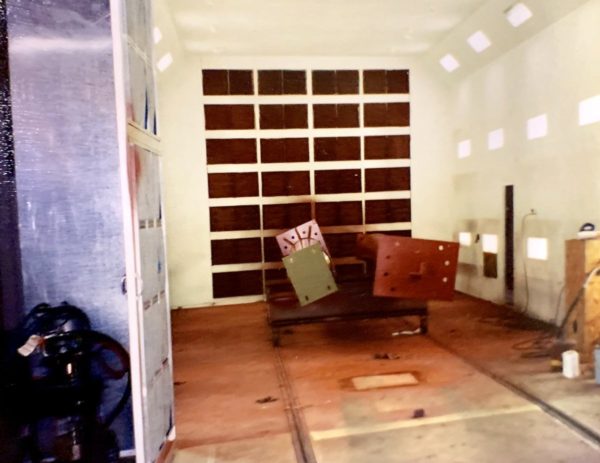 The next stop for each track and support segment was the paint shop. 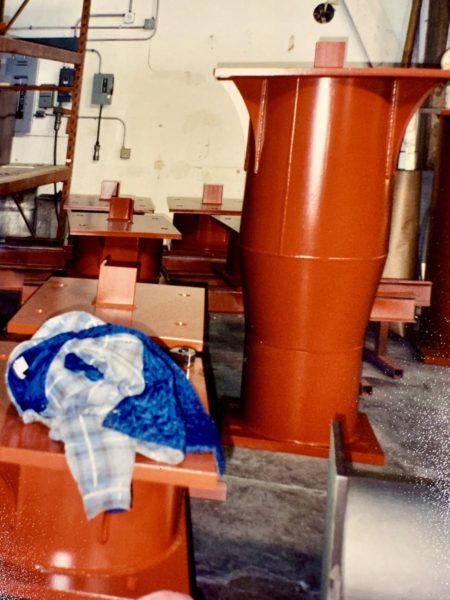 There, the coaster received its bright-yet-rustic red coat of paint.

Tennessee Tornado was unique for an Arrow coaster in that its supports are tubular beams rather than the company’s traditional scaffolding-style structure. 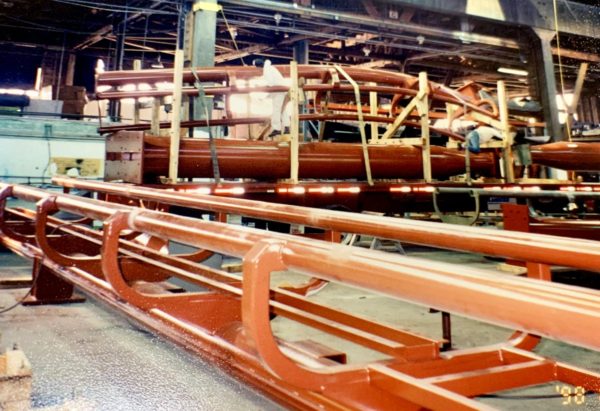 The newly painted sections of track were organized in a large warehouse while they awaited shipment. 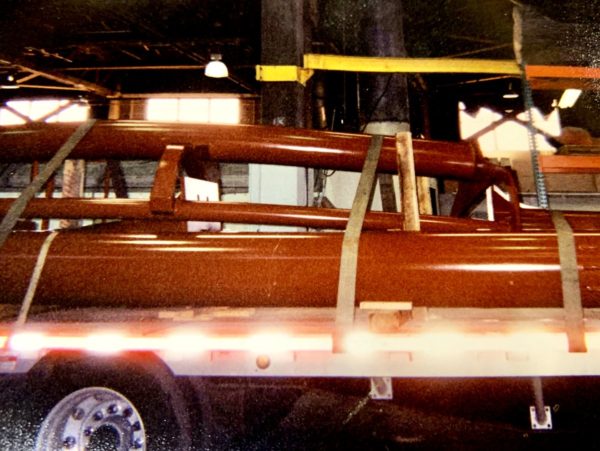 Next, the pieces were carefully loaded onto flatbed trucks as they prepared for their journey across the country to East Tennessee. 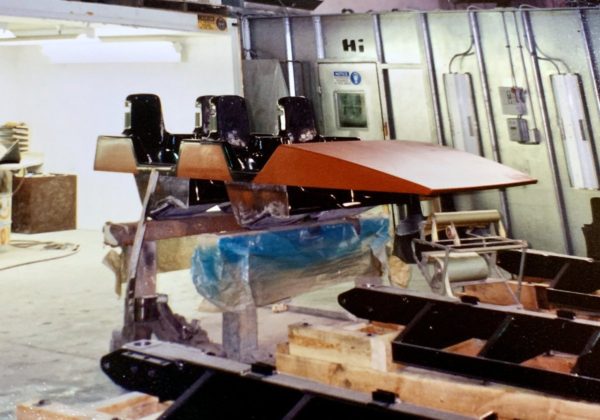 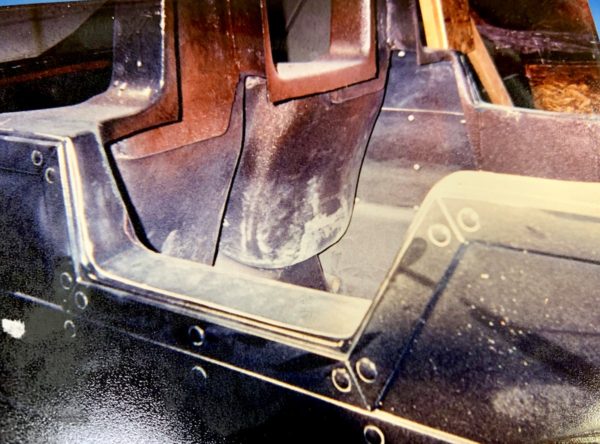 Each train would hold 28 riders—seven cars with four seats each. 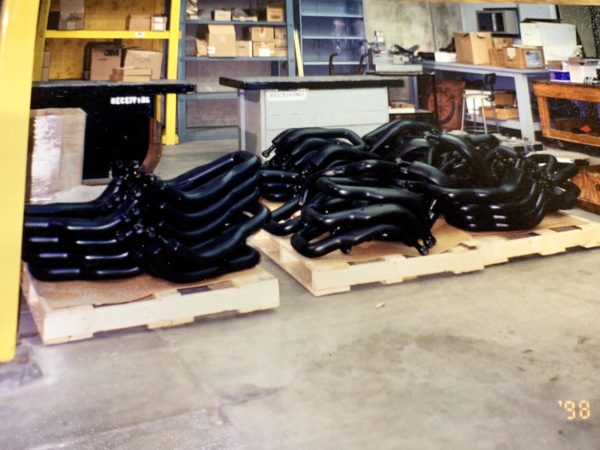 The padded over-the-shoulder restraints were stacked carefully in a staging area while the trains were assembled. 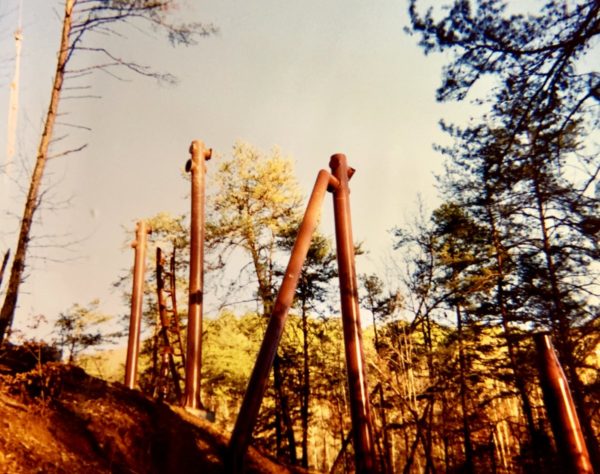 In the fall of 1998, Tennessee Tornado went vertical, its red support beams rising from the ground like towering tree trunks. 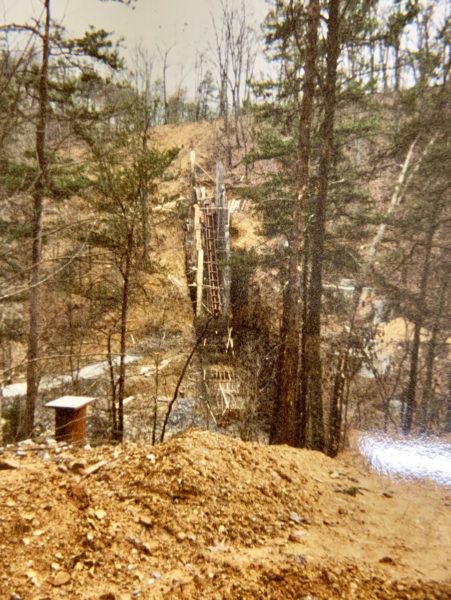 One of the most notable features of Tennessee Tornado is its 128-foot drop through a mountain, which required significant rock blasting. 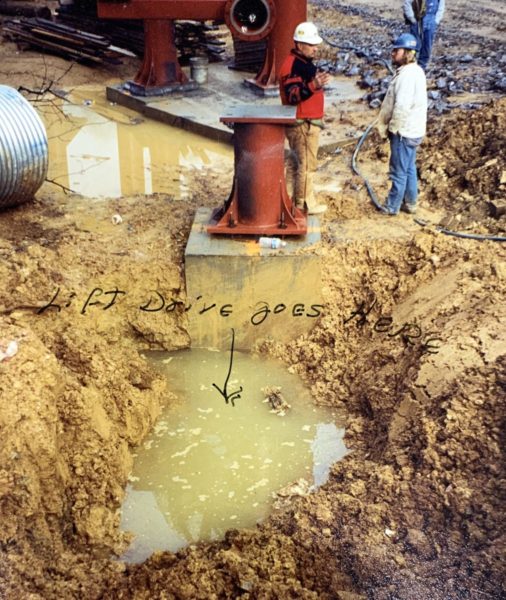 The park installed pumps to regulate the water levels and included sensors to prevent a train from departing the station if the water had risen too high. 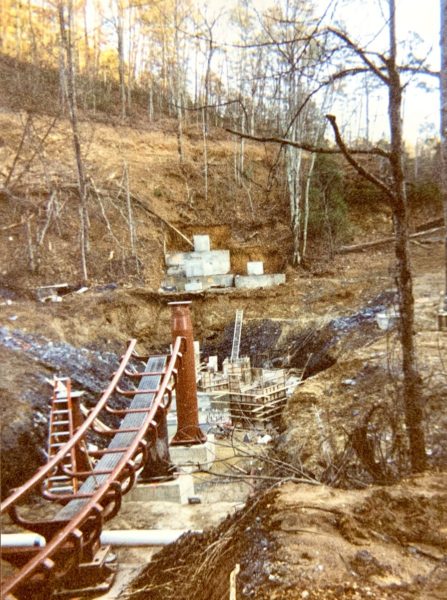 The second water pump would be installed at the base of the iron butterfly’s first inversion. 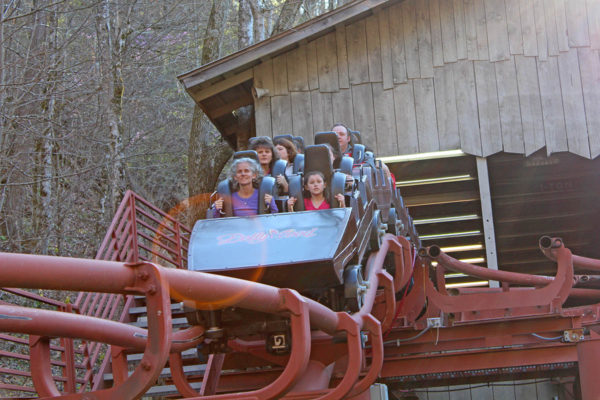 However, one of the biggest hurdles during construction was the alignment of the switch tracks at the beginning and end of the maintenance shed, as seen above. This is the building that immediately follows the 180-degree turn out of the station. Inside the building, Tennessee Tornado’s trains are parked for maintenance or when the coaster isn’t operating both trains.

Most switch tracks function by stopping the train on a straight stretch of track and then sliding that section of track to the left or right, connecting it with a maintenance bay. Because Tennessee Tornado was designed to have switch tracks at both the entrance and exit of the maintenance bay, the track had to be perfectly aligned. 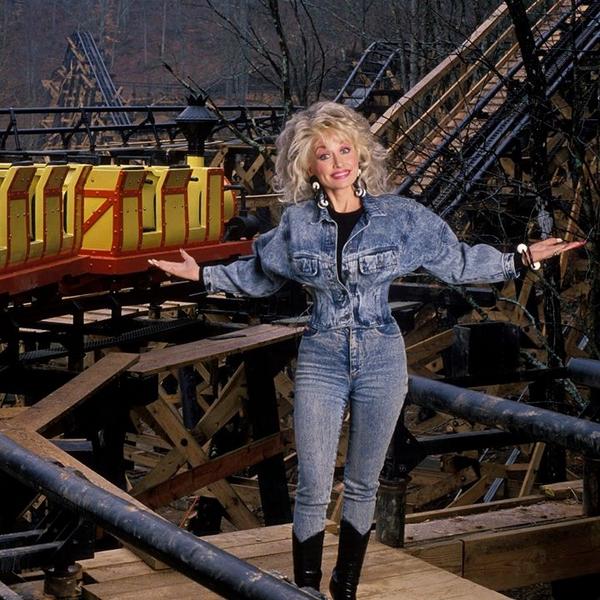 Tennessee Tornado reused the station of its predecessor, the Thunder Express mine train coaster, which was also a product of Arrow. 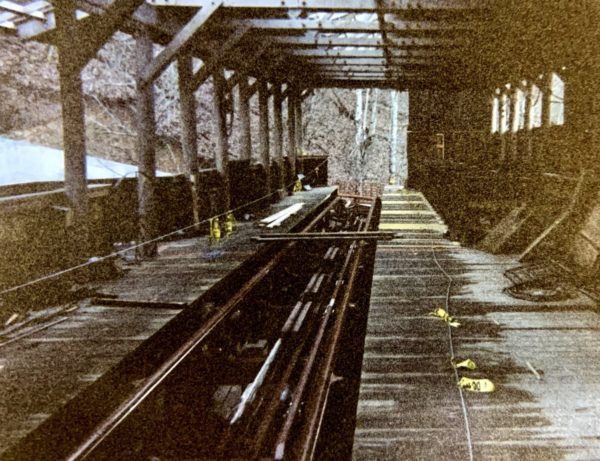 This saved the park as much as $1 million dollars that would have been spent constructing a new station. 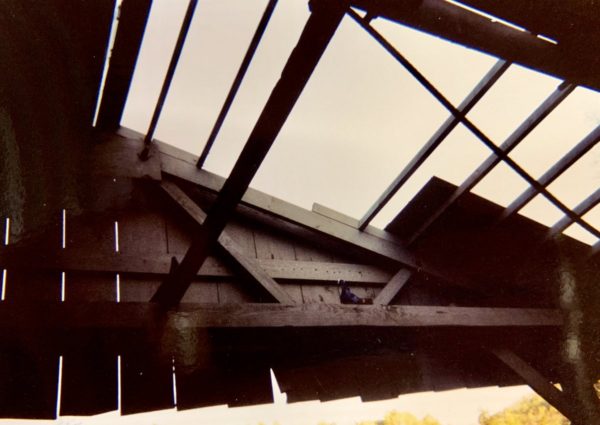 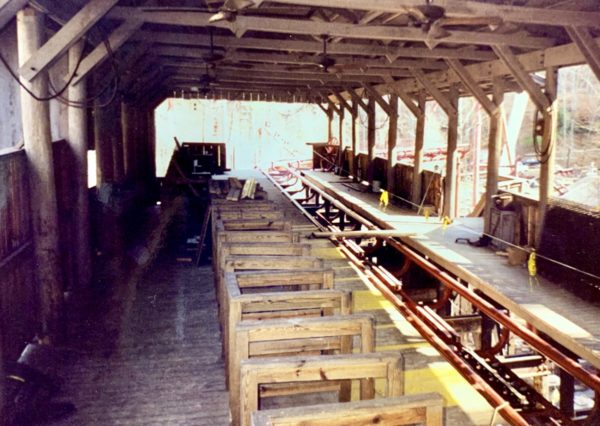 While Dollywood replaced the traditional friction brakes on the brake run with more modern magnetic brakes in 2008, the fiction brakes in the station, as seen above, remain to this day. 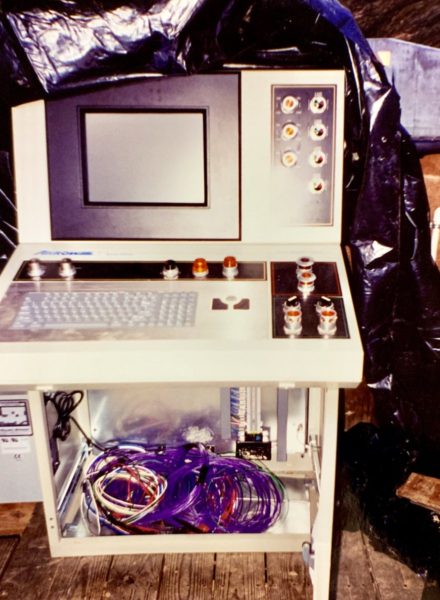 In the photo above, the coaster’s control panel waits to be installed. 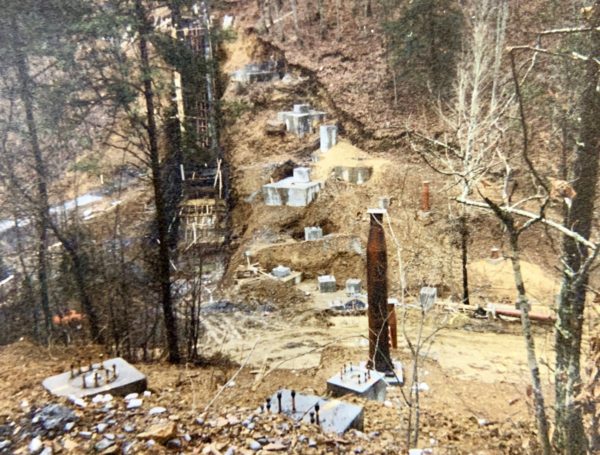 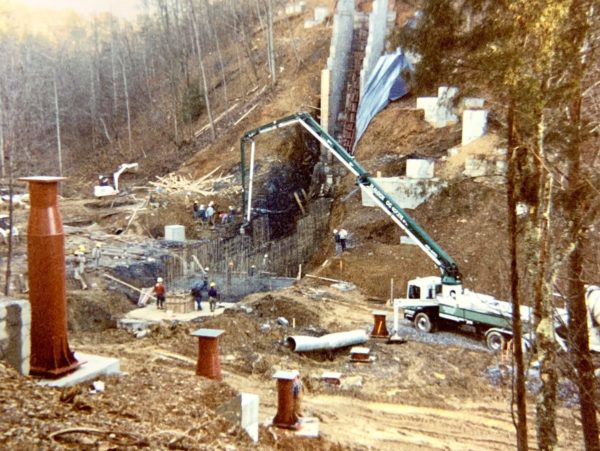 While Arrow presented Dollywood with multiple layouts that fit within the park’s space and budgetary parameters, the iconic drop through the mountain was included in each. 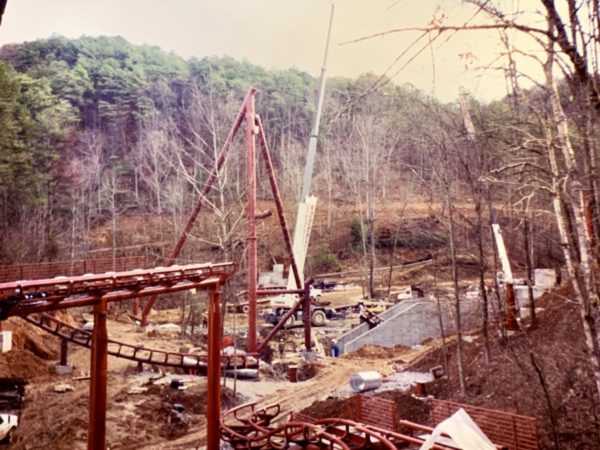 As construction continued into late 1998, the imposing supports of the spiro loop began to take shape. 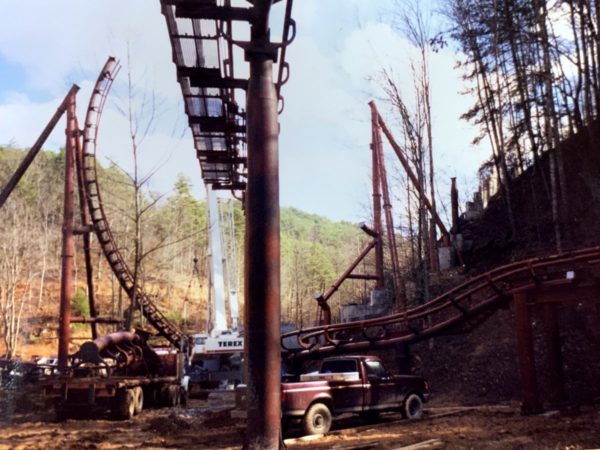 And soon after, so did the track.

Before long, the inversion was reaching its 110-foot pinnacle height. See the twig of a tree in front of the loop? 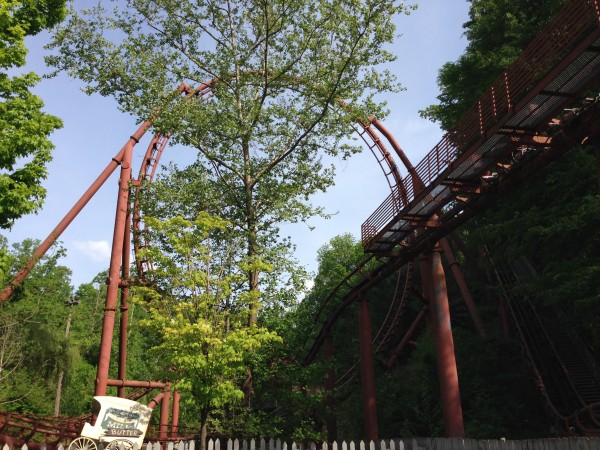 It’s all grown up, partially blocking the inversion from view. 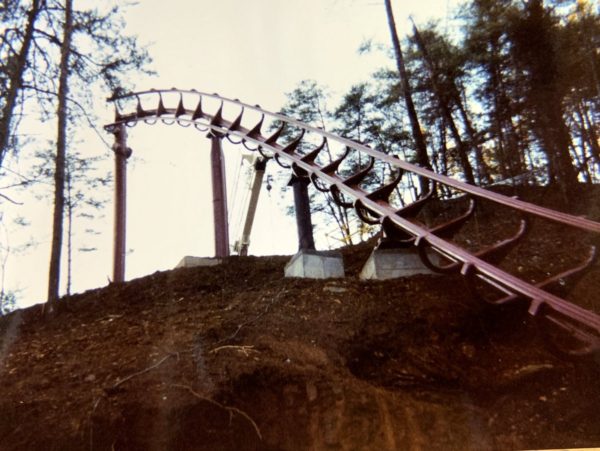 This is an especially rare view of the second half of the banked turn that leads into the iron butterfly.

The iron butterfly element is comprised of a traditional vertical loop followed by a sidewinder that creates the appearance of the two wings of a butterfly (Dolly Parton’s favorite insect). 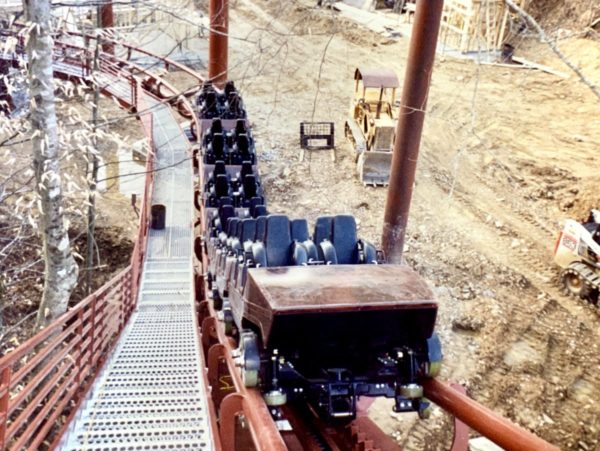 After a long off-season of construction, Tennessee Tornado made its grand debut on April 17, 1999. 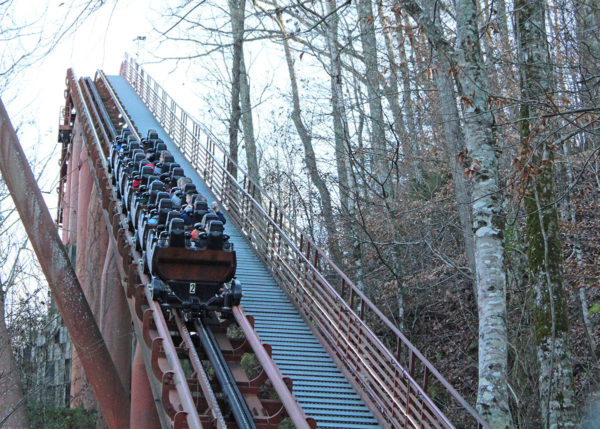 Special thanks to Dollywood’s Pete Owens, vice president of marketing and public relations, and Barry Stiltner, director of rides maintenance, for sharing these Tennessee Tornado photos and the stories behind them.

Learn more about Tennessee Tornado in our “19 for ’99” feature of the coaster.