Report that Six Flags Is Interested in Buying Cedar Fair, and the Reaction To It

If you’re a regular follower of theme park news, you may have seen this morning that a report came out from Reuters that Six Flags made a stock-and-cash merger offer to Cedar Fair (owners of lots of our favorite parks, like Cedar Point, Carowinds, Knott’s Berry Farm, King’s Dominion, and a bunch of others). The report didn’t include much information, and while it mentioned that Cedar Fair was considering the offer, there was nothing saying Cedar Fair was taking it or anything.

UPDATE 10/04/19 10:06 AM: Reuters is now reporting that Cedar Fair has rejected a $4 billion stock and cash offer from Six Flags, saying the $70/share was too low. They also report that there is no indication there will be a new offer. So, for now it seems like we can all relax!

There seem to be a lot of reasons this isn’t actually likely to happen. Wells Fargo analyst Timothy Conder pointed out several reasons that Six Flags merging with Cedar Fair doesn’t make sense.

Either way, just financially, Six Flags is not valued at that much higher than Cedar fair. They would need to issue a large amount of additional stock, or take on a huge amount of debt to do this. And Cedar Fair had a very strong Q2 earnings announcement in August. Seems like this would be a bad time to try to buy them.

Here’s my POV with what we know- Cedar Fair has been open about trying to sell select parks in the past.

Could certain parks be up for sale? I think that could be more likely case and the rumor spiraled from it. https://t.co/hKcuKt7jfW

Andrew Hyde on made a good point on Twitter. It seems more likely to happen than a full merger that Six Flags might be looking to acquire a Cedar Fair park or two. Six Flags acquired rights to operate a few other parks recently, so could some smaller Cedar Fair parks could change hands? Of course, that’s just speculation, don’t quote us on that.

Reaction to the Report

Despite the fact there isn’t much meat here, and we doubt this would actually happen, the internet quickly jumped on the rumor (as did the Cedar Fair stock price). Generally, the reaction from the internet has been, uhh, not very positive. Fear? concern? anger? Those seem like the most common reactions. And surprise, surprise was a big one.

Most of the worry is around the Cedar Fair parks that have unique character, particularly Knott’s Berry Farm.

IMO the two companies and their parks are distinctly different. Vibe of the FUN parks would suffer.

Wells Fargo's skepticism is a bit of good news.https://t.co/l75yUFPNxa

Oh gosh. I hope they do not accept; I have had so-so experiences with Six Flags, and I feel that Cedar Fair REALLY has a heart for Carowinds.

Make no mistake – I feel that both Six Flags and Cedar Fair have their own strengths and weaknesses. But they are NOT the same animals simply because they both employ roller coasters. And my key concern here is Knott’s becoming a Six Flags property – that’s 95% of my issue here.

This concerns me the most with a potential Six Flags purchase of Cedar Fair. Haunt at Dorney is way better than Fright Fest at Great Adventure. https://t.co/CzUwgLrT3d

While some Six Flags parks maintain unique theming, and a lot have great sets of roller coasters (like Great Adventure or Magic Mountain), many Cedar Fair parks lean into their individuality more than any Six Flags park. Knott’s obviously is an extreme case with the Ghost Town section of the park and the embracing of the Boysenberry history and its classic rides. But in recent years all of the parks have gone more in that unique direction, especially on the food and event side of things. Carowinds has events like the Great Carolina Fest, Worlds of Fun recently introduced their own signature bbq sauces, and California’s Great America has steadily been adding “California” theming to go with the opening of RailBlazer last year. 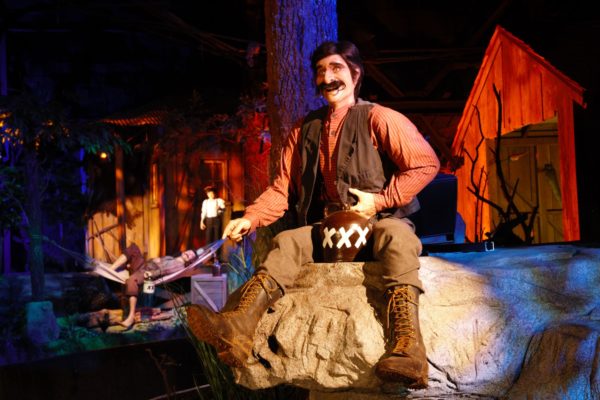 Would the classic Knott’s theming and rides be safe if Six Flags bought the park?

Six Flags tends to unify the theming across their parks. They all feature DC areas and attractions. Similar rides often share a name across parks (like Batman B&M inverts). Restaurants have similar names and menus. There are still Six Flags parks and sections of parks that are unique, but they’re not emphasized in anywhere near the way Cedar Fair parks have been. 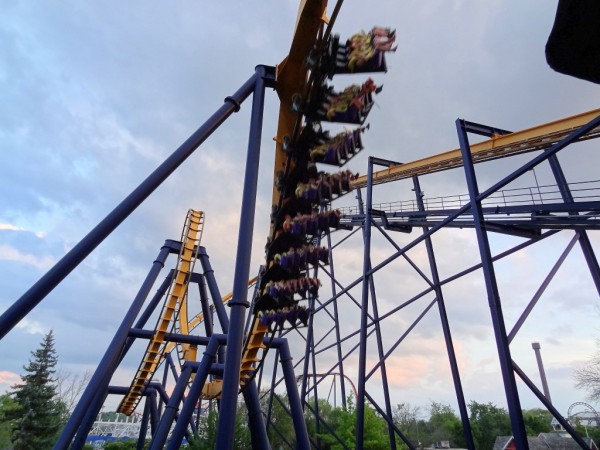 Batman coasters for everyone?

For fans of the Calico Mine Ride or the Cedar Point and Lake Erie Railroad, the idea of losing their unique themes and attractions is scary.

There’s also concern over the fact that Six Flags hasn’t built a ton of large, custom coasters in recent years. B&M Giga coasters and Dive coasters have been exclusively Cedar Fair (or SeaWorld). Although we should say that in the last couple years we’ve seen some exciting stuff from Six Flags, like Maxx Force and, hopefully, West Coast Racers.

BAD: Six Flags owning Knott's doesn't fit at all, would be the park I'd be most concerned about
BAD: Six Flags doesn't build the 20-30 million dollar roller coasters we see from Cedar Fair, that I would hop on a plane to go ride

We should also say that there are some areas Six Flags tends to do a better job than Cedar Fair. As the Legend from “In the Loop” points out, Six Flags regularly adds new rides to its smaller parks. We praise Six Flags in our announcement reactions post for doing so every year. Fans of certain small Cedar Fair Parks are often left with nothing on announcement day, so locals at those parks might welcome a change. Of course, the ease of having only one season pass would be nice too, right?

This would be ironic for Northeast Ohio. Cedar Fair under Dick Kinzel bought our beloved Geauga Lake from Six Flags, tanked it so they could close it due to “poor attendance”…then ship its rides to other Cedar Fair parks and label them as “new”. https://t.co/ZIiU6vE82D

So, what do you think? Do you agree with most of the reactions (and I think our view) that this would be generally a bad thing for most of our favorite Cedar Fair parks, or would you welcome a change of ownership at some of them?