Another coaster celebrating its 20th Anniversary this year is the Intamin-built Ride of Steel at Darien Lake, located just outside of Buffalo, New York. 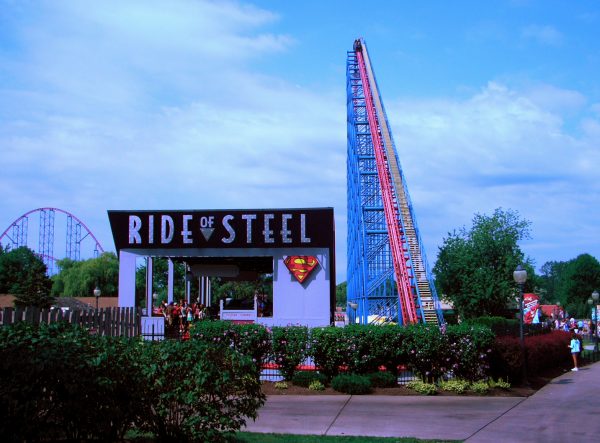 Six Flags Darien Lake has gone back and forth between owners for most of its existence. When the coaster opened in 1999, the park was operated by Six Flags and it was named Superman: Ride of Steel. Fast forward eight years and new owners, PARC Management, edited the name down to simply Ride of Steel. Now that the park is once again under the Six Flags umbrella, I wonder if we will see a name change back to the original. 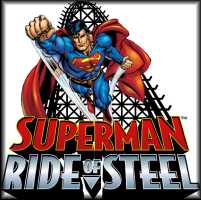 Ride of Steel stands at 208 feet tall with a top speed of 73 mph, making it the tallest and fastest roller coaster in the state of New York! It’s impressive size is immediately visible as you approach the park, building the anticipation. It has been almost 15 years since I’ve visited the park and rode Ride of Steel, but I can remember my brother and I marathon riding it for hours. The re-ridability of this coaster is high, not too intense and very enjoyable. 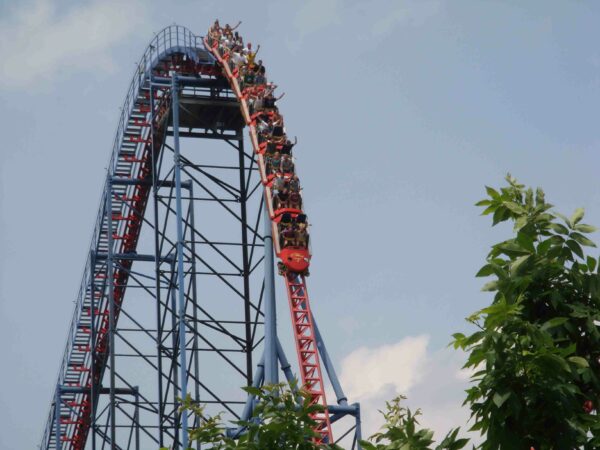 The layout on this coaster in an out-and-back style but with two large, flat helixes in the middle. Like almost all Intamins, the coaster is smooth and has great airtime, especially on the return section of bunny hills. 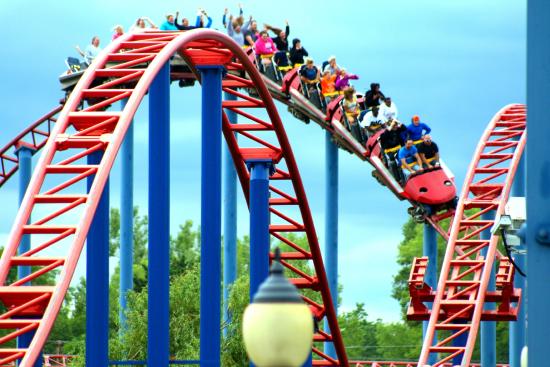 I love how they built parts of the track right over two lakes – you actually get very close to the water at the bottom of the first drop! 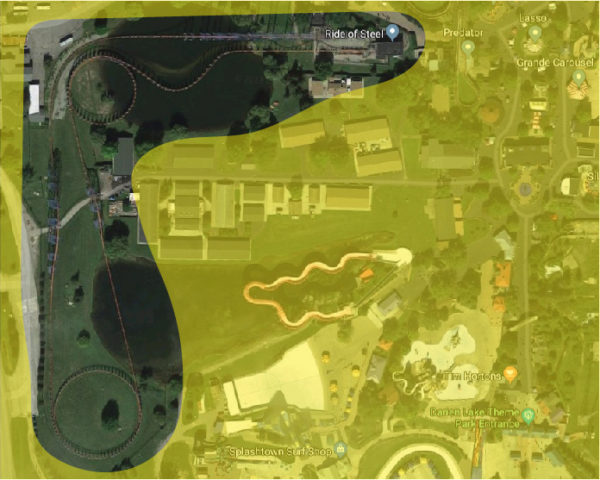 All of the Stats

Ride of Steel has a nearly identical twin at Six Flags America that also opened in 2000. Who has been to Six Flags Darien Lake recently? What are your thoughts on the condition of the coaster now?

Our 19 for ’99 series will continue in two weeks with Roar at Six Flags Discovery Kingdom.