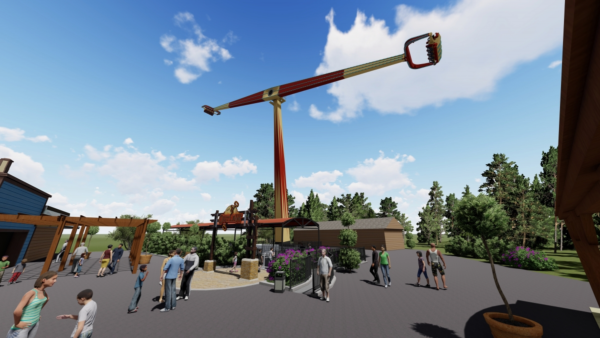 Both rides will catapult 16 riders — eight seated back-to-back, four-abreast on either end of a giant arm — 164 feet into the air. Each of the open-air ends of the arm will be able to flip

The rides will reach a top speed of 52 mph. Though the manufacturer was not listed, the attractions seem very similar to Vomatrons from Funtime. (Shoutout to Facebook Reader Ray F. who made this observation!)

Will these attractions become the latest and greatest in thrill attractions for Six Flags parks, with multiple debuting every year? Let us know in the comments below what you think!

And you can check out the rest of the Six Flags 2020 announcements here.