Six Flags Over Texas will be making a “big splash” for American theme parks in 2020. Some might even called it a “Power Splash.”

Aquaman Power Wave is a “first of its kind” coaster in the United States, and is a “Power Splash” model from MACK Rides. The coaster is a launch-style coaster that suspends riders in a 90° angle before hurtling them across the more than 700 feet of track at 63 miles per hour. 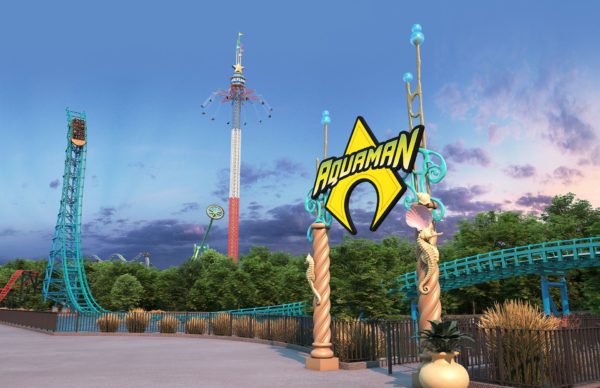 The ride will launch riders backwards, and forwards, and backwards again, straight up colossal 148 feet twin track towers and then send them plunging straight down into a splashdown finale. In all, Aquaman will feature more than 700 of track. 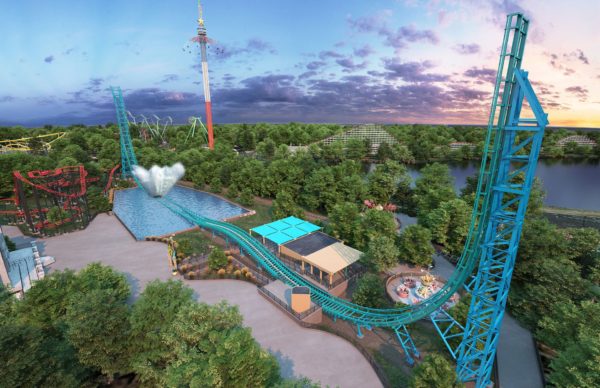 The first MACK Rides Power Splash, Pulsar, opened at Walibi Belgium in 2016. Coincidentally, Six Flags owned that park from 1998-2004, when it was known as Six Flags Belgium. There are currently two other power splashes under construction, at Happy Valley in China and Lotte’s Magic Forest in Korea. 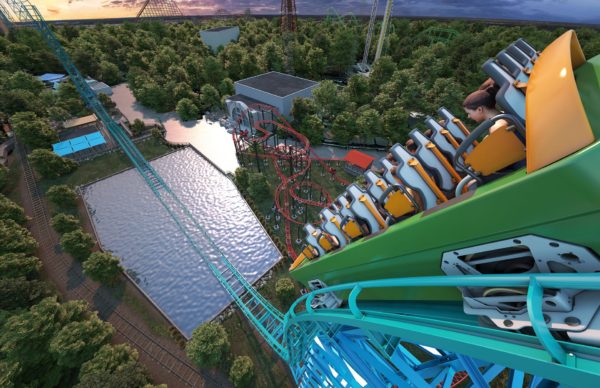 The park’s 15th coaster, Six Flags Over Texas promises that this water coaster will become the ultimate respite in the Texas summer heat. It will be the first roller coaster in the chain themed to Aquaman.

Take a ride on Aquaman Power Splash at the video below! 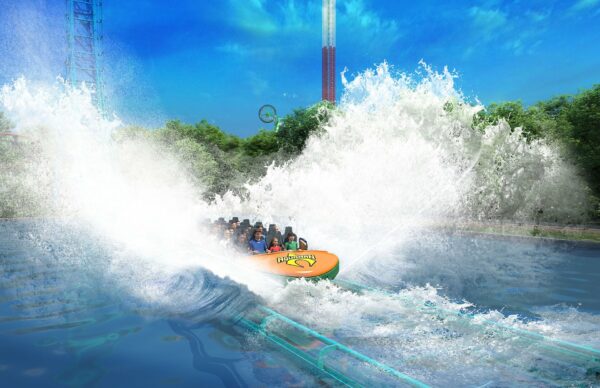 Are you excited to ride Aquaman: Power Wave? Finally excited to see a Powersplash make its way stateside? Let us know in the comments below! (We had a hunch it was coming, and we’re still excited!)