Following the addition of Supergirl at Six Flags St. Louis in 2018, the chain has announced a few “Future Endeavours” for 2020.

At Six Flags New England, the Supergirl Endeavour theme is continued with the addition of Supergirl Sky Flyer. 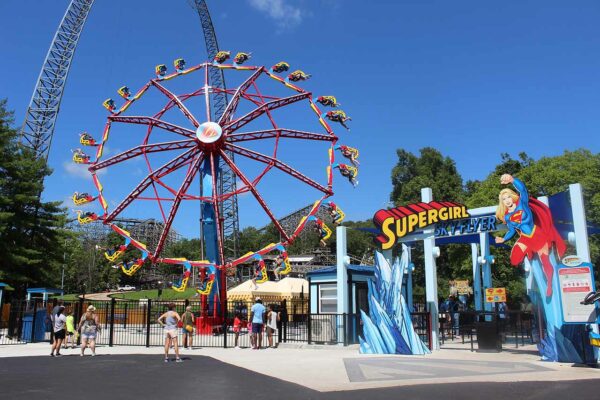 Drawing on her powers of stamina and strength, thrill seekers spin and tilt, all while suspended from the whirling wheel of justice. Riders are raised up by a giant arm, feet dangling, and then launched into a high-speed spin…round and round…higher and higher…head over heels! 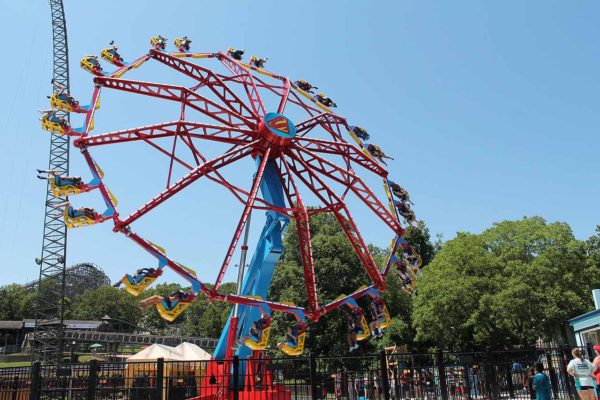 Supergirl Sky Flyer will reach 7 stories in the air at speeds of 25 mph! While the ride starts flat, it will eventually pivot to an angle of 80 degrees.

Meanwhile, at Six Flags Over Georgia, the Endeavour will be a little more sinister, themed to Catwoman.

Have you ever ridden a Zamperla Endeavour? What do you think about these additions to Six Flags New England and Six Flags Over Georgia? Let us know in the comments below