After weeks of cryptic social media teases and speculation, we now know what Six Flags Great Adventure’s adding for 2020: Jersey Devil Coaster, the tallest, fastest and longest single-rail roller coaster in the world.

The park teased Jersey Devil coaster for weeks, featuring six clues and two bonus clues. Each of the “regular” clues had a highlighted letter that when unscrambled spelled “RMC YES” or “YES, RMC.”

Jersey Devil will be the tallest, fastest and longest single-rail coaster, with a height of 130′, speed of 58mph, and track length of more than 3,000 feet. It joins Wonder Woman Golden Lasso at Six Flags Fiesta Texas as RMC Raptor coasters in the Six Flags Family. The previous two RMC “raptor” coasters are mirror images (the other being RailBlazer at California’s Great America), so this is the first unique raptor coaster. It’s also MUCH longer than the previous two, which are only 1,800 feet long. It’s also a little taller and a little faster than them 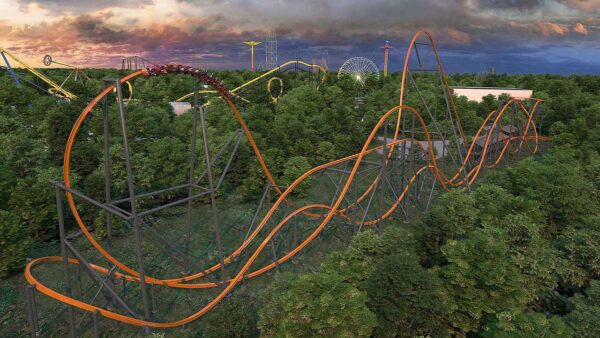 The coaster gets its name from a bit of local legend: In Southern New Jersey and Philadelphia folklore, the legendary creature said to inhabit the Pine Barrens of South Jersey. The creature is often described as a flying biped with hooves, but there are many variations. 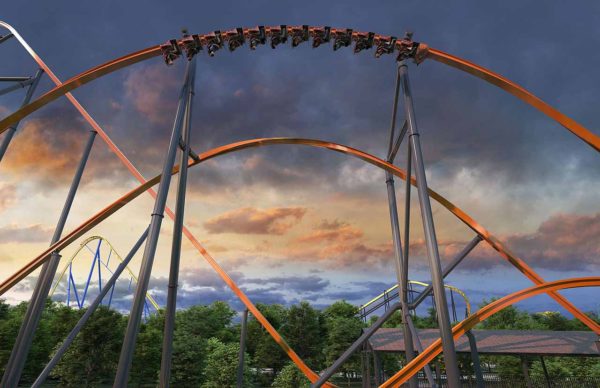 Take a virtual ride on Jersey Devil Coaster with the video below!