Following the announced closure of Six Flags Magic Mountain’s “Green Lantern: First Flight,” there was a lot of speculation as to where the coaster would end up. It looks like we have our answer, as Six Flags is sending the coaster “north of the border,” where it will become Vipère at La Ronde. 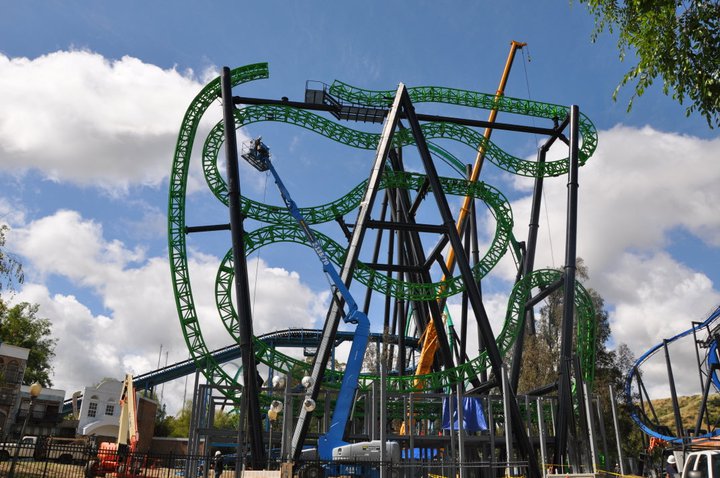 Green Lantern Under Construction at Six Flags Magic Mountain in 2011.

An Intamin ZacSpin roller coaster, Vipère riders will traverse an 825′ track at speeds of up to 37mph. Riders could flip head over heels several times throughout the ride in a somewhat uncontrolled manner. The ride has the same layout as Insane at Gröna Lund in Sweden. 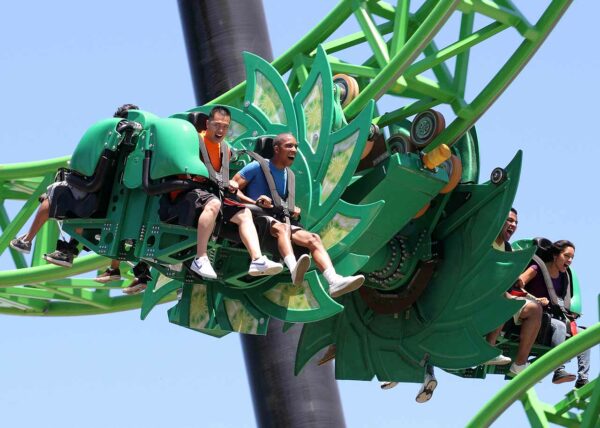 It stood but didn’t operate at Six Flags Magic Mountain during for much of the 2017 season and the entirety of the 2018 season.

Vipère will be the 9th roller coaster at La Ronde, and first coaster addition to the park since Ednör – L’Attaque in 2010, which formerly operated as Serial Thriller at Six Flags Astroworld prior to the park’s closure.

Many will think that Vipère bears similarities to the various S&S 4-D Free Spins in the Six Flags chain, but the rides are actually fairly different, most notably on their spinning axis.

For more information about Vipère, be sure to visit the La Ronde website.

Will Vipère be able to strike with the same vigor it had as Green Lantern? Will it get you to visit the park next season? Let us know in the comments below!