D23 is kicking off this weekend, which means it’s time for parks announcements! One of the first of the weekend is some more details on the new Marvel themed land coming to Disney California Adventure (and Disneyland Paris). The main announcement so far is that the new land will be called “Avengers Campus”.

Concept art of Avengers Campus at Disney California Adventure. Notice Guardians of the Galaxy in the background, to give a sense of the location.

The idea behind the land is that the Avengers have set up the location to recruit and train new recruits.  The California Adventure version is replacing Bugs Land, which has been closed for a little while now. Conveniently this is right next to the one current Marvel attraction, Guardians of the Galaxy: Mission Breakout. One of the main attractions is going to be a Spiderman themed ride in the former “Tough to be a Bug” theater. The first phase of Avengers Campus is expected to open in 2020. 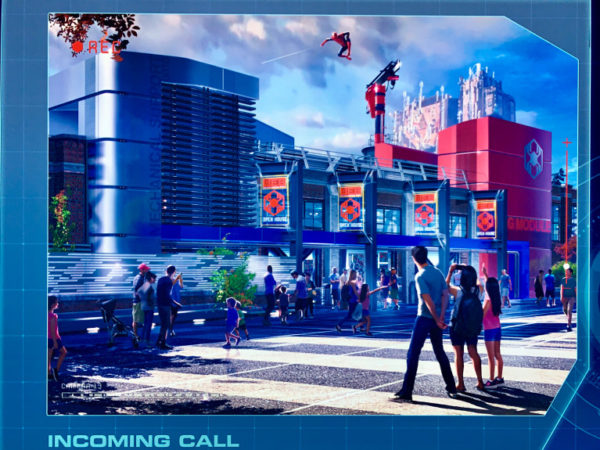 That’s all we know so far, but we expect more details to be revealed at the D23 Disney Parks panel on Sunday. We’ll update this post with anything else we learn. We’ll also have some first hand photos and reports from D23 next week. Finally, keep checking Coaster101 for any other ride and park announcements made over the weekend! Make sure to follow us on Facebook and Twitter for all of the latest.