Silver Dollar City has unwrapped a big present for park guests in celebration of the park’s 60th birthday next year with the announcement of the all new Mystic River Falls and Rivertown area at Silver Dollar City.

According to Silver Dollar City, park guests will need to “get ready to embark on a new Family River Expedition, unlike any other in the Americas in 2020! Going to great depths to reach new heights, Mystic River Falls is an epic rafting journey where adventurous families explore Ozark waterways in search of hidden passages.”

As legend has it, “Silver Dollar City’s Marvel Cave is legendary and for centuries drew explorers to her passageways with the promise of hidden riches and great adventure. In the 1880s William Lynch acquires the cave and, accompanied by his fearless daughters Miriam and Genevieve, began a tour company hiring S. Fred Prince to work for the family surveying, studying and documenting the cave’s many passages and waterways…some still hidden to this day!”

A lifelong Silver Dollar City citizen with a bigger-than-life personality, Pearl Brazen grew up exploring the remote Ozarks wilderness with her best friends, the Lynch sisters. They often faced untold dangers as they searched for new discoveries, sometimes by foot and other times via water into the caverns. Perhaps the trio’s greatest adventures of their youth were the whitewater expeditions they undertook in hopes of finding the mouth of the Mystic River, a lost passageway that reportedly can only be found by braving the thunderous Mystic River Falls by raft. It’s a mystery that still captures Pearl’s imagination and one she is determined to solve

Today, she and her husband Leo, live in an area of Silver Dollar City where the river roils at their feet, a place the locals unofficially call Rivertown. As experienced wilderness guides, it is here Pearl and Leo challenge willing adventurers, sending them on an extraordinary river raft journey tackling raging rapids, dodging boulders and squeezing through canyons to search of the hidden headwaters of the Mystic River.

Everyone has an adventurer’s heart inside them…those who follow it on this unforgettable expedition leave with lasting memories of a journey filled with mystery and intrigue, and a renewed appreciation for one of God’s greatest wonders found right here in these Ozark hills! 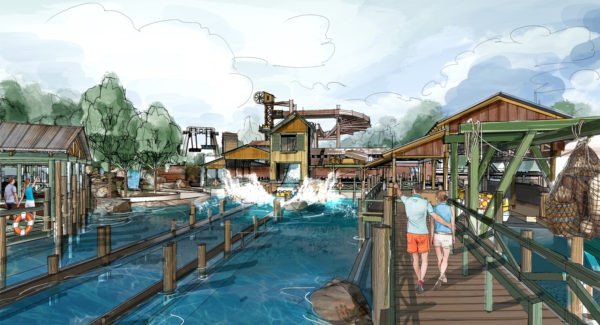 Built at a cost of $23 Million, Mystic River Falls features nearly half a mile of “channel,” (including 180′ of elevated channel) resulting in a five and a half minute ride experience. The river rapids attraction features an 82′ elevator lift, and the tallest drop on any River Rapids ride in the western hemisphere at 45′ tall. 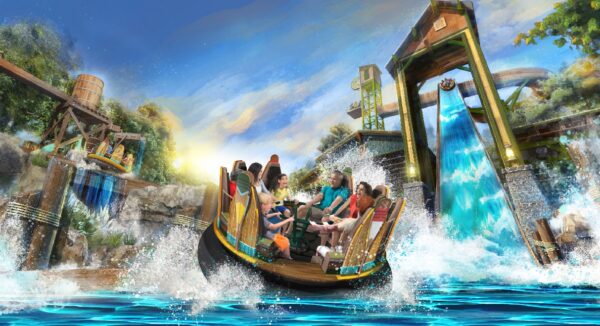 However, Mystic River Falls isn’t the only addition to Silver Dollar City, as it will reside in an all-new land.

Nestled on the edge of Silver Dollar City is an all-new district the citizens lovingly call Rivertown. Built along the waterfront, Rivertown reflects the rich heritage of American exploration. Rivertown is the perfect spot for a family photo in front of the river, or to watch happily soaked rafters as they splash down at the end of their journey on Mystic River Falls. 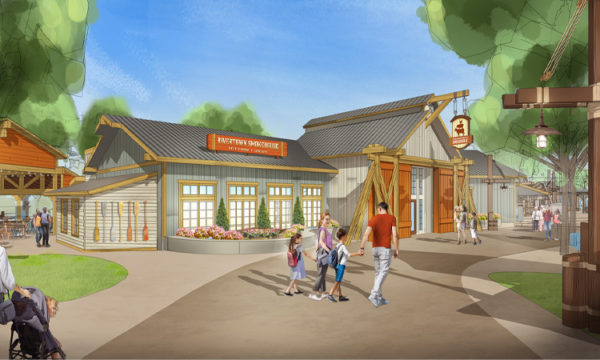 Construction has already begun on Mystic River Falls and it will open sometime in 2020. 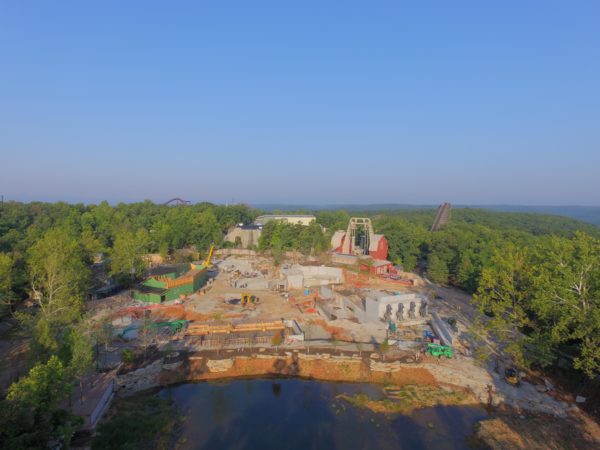 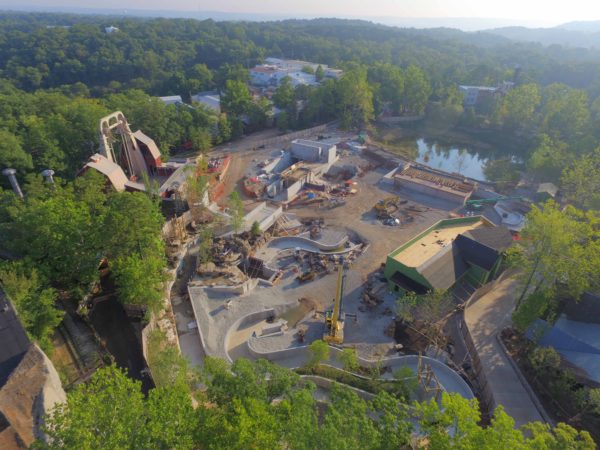